Zuckuss is one of those star wars characters that people love, even though he only had seconds of screen time. He appears briefly as one of the bounty hunters on the bridge of Darth Vader’s star destroyer in Empire Strikes back, but he has been given a full back story in the expanded universe.

Some of you may be looking at this figure and think – that’s not Zuckuss, that’s 4-LOM! Well, you are wrong. When Kenner made the original action figures, they messed up the names on the packaging, and swapped the names of the figures. I too had grown up thinking one was the other, until the new Star Wars figures came out in the 90s when the error was corrected. All these years, my favorite figure (Zuckuss) was actually a droid named 4-LOM. 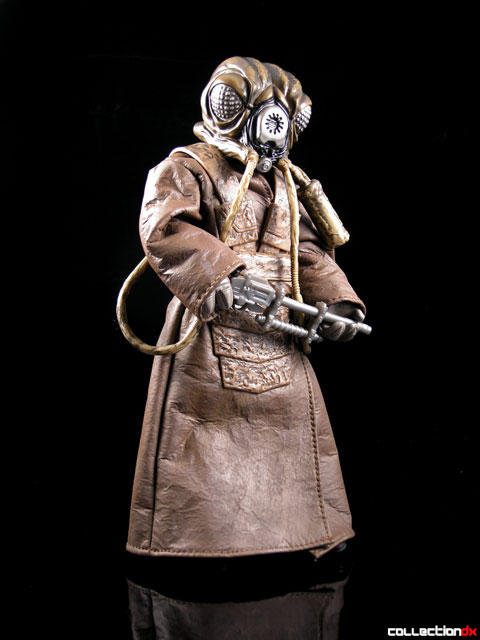 In the expanded universe, Zuckuss is an insectiod alien bounty hunter from the planet Gand. He was paired up with the droid 4-LOM by Jabba the Hutt (perhaps in a nod to the action figure mix-up). The two made a formidable pair of bounty hunters.

There have been several toys of Zuckuss made over the years, but this one is probably my favorite. 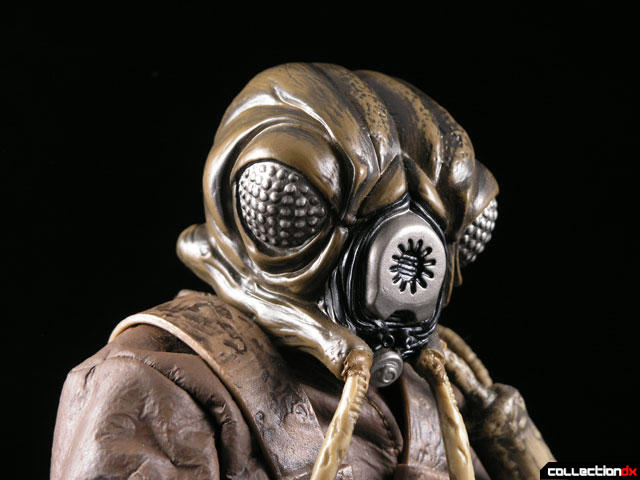 Zuckuss comes packaged in the standard window box for the Star Wars Saga 12” line. The body is a regular male body, but you really don’t see any of it. The hands, boots, head and outfit are all unique to this figure.

The cape is made out of a cloth backed vinyl, that looks and feels like leather. It has a nice texture and fits the figure well. Over the cape is a rubber harness that attaches around the back. The head is soft vinyl and expertly detailed. It features 2 breathing hoses that wrap around and attach to the back of the figure. 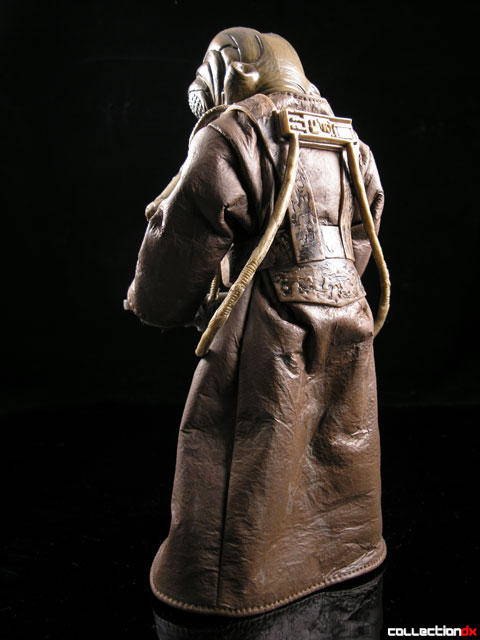 The only accessory included with this figure is a Blaster Rifle. Zuckuss can hold the rifle in one or both hands. 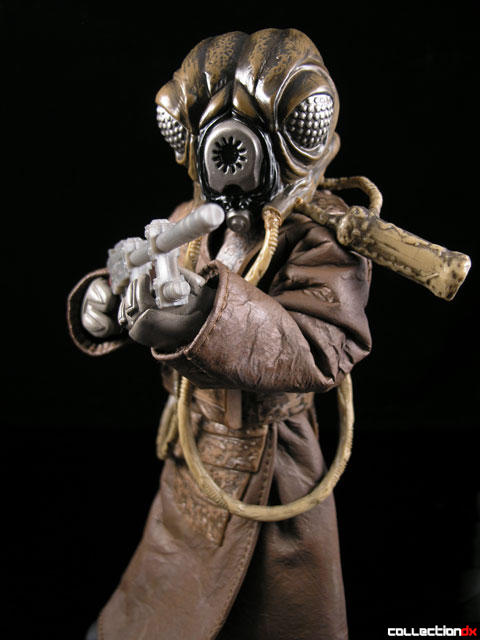 I really love this figure. It was on my desk at work for years, only to be retired when I moved to another space. My only complaint about this figure would be that it is top heavy and prone to falling over. If you have a stand for a 1/6 scale figure, this toy could use it.

Hasbro has stopped making the 12” figures and turned the reins over to Sideshow Collectables. Let’s hope they include Zuckuss in their line up.