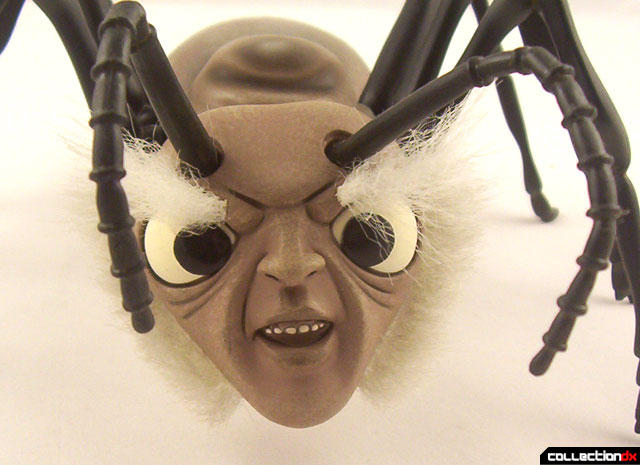 In 2002, Sideshow Collectibles released both designs that were used in the show, limited to 5,000 pieces each. Both toys feature the same scuplt on the body, with a slightly different paint scheme, and have similar but slightly modified heads. The Zanti Prisoner has a lighter brown body than the Zanti Regent and his mouth is open wider. There is white hair above the eyes and all along the both sides of his head, so he tends to look older than the Regent. The Zanti Prisoner didn't appear in the episode very much, only showing up near the end in a crowd of other Zantis. 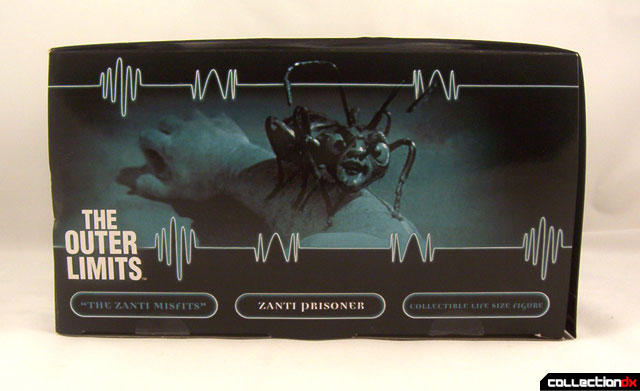 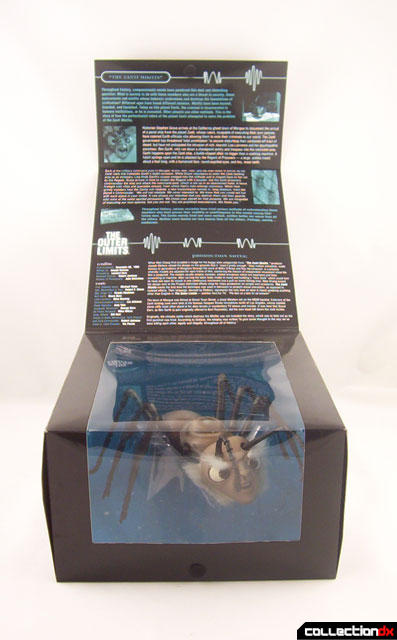