The new Gundam Wing Arch Enemy figure is what the MSIA series should have been. The size, the details, the accessories make those little rubbery things look like happy meal toys. 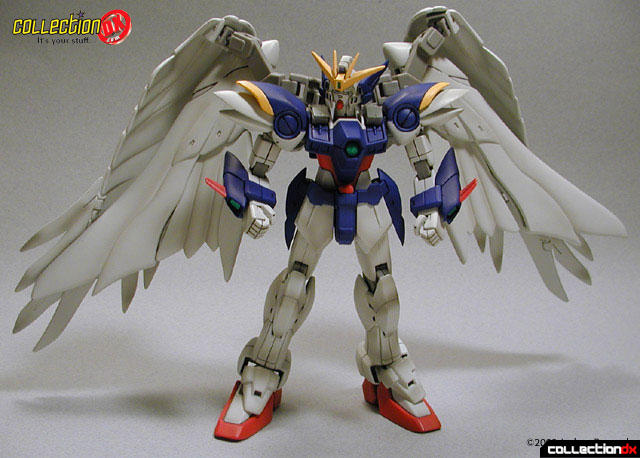 At about $25 bucks the Gundam Wing Arch Enemy may seem a little steep, but you will see it's true value once you get it out of the package. It comes with four sets of hands (one set specifically designed to hold the gun together), 2 beam sabers with removable hilts, and his 2 big-assed rifles. 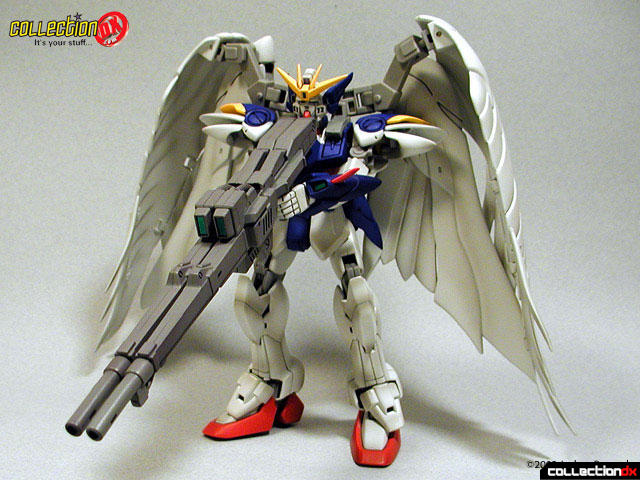 The wings are not as articulated as the Perfect Grade, but it is done well. The large wings have poseable feather sections, and can achieve the defense mode position that Wing Gundam is known for. 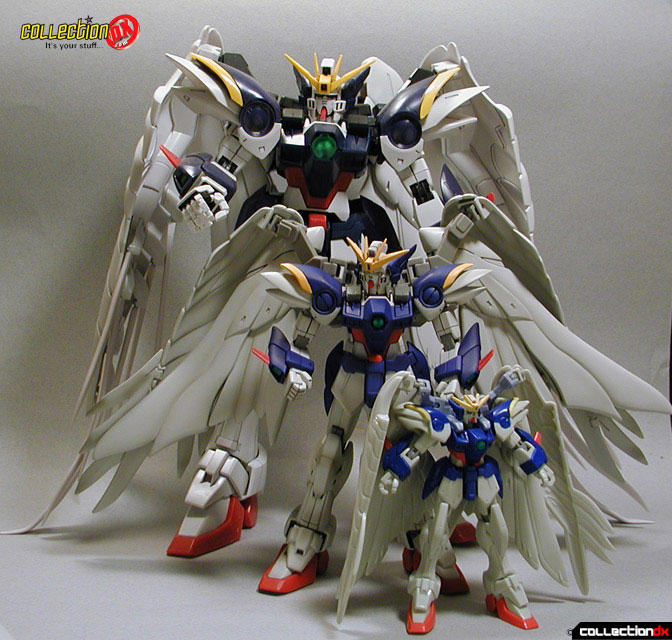 One of the coolest features about the toy is the dual position shoulder. The shoulders actually pull forward to allow for Wing Gundam to hold his guns combined in front of him.

The material is high quality, a mix of PVC and ABS. The paint is one of the best features of this toy. It is a matte finish with just the right amount of weathering and panel lines. He is articulated in all the right places, with double-jointed elbows and knees, and feet that can point straight down.

This Gundam, however is not without its flaws. The first main problem is that there is no waist joint. That's a pretty basic feature that they have left out. Also, the main wings like to come off, just like on the PG. Fortunately they are easy, pop-in joints. Another big gripe is that the hands do not like to hold the gun in combined form. I tried many different approaches here, and it took me maybe an hour to get it to look somewhat decent. Just carry the sabers. The sabers on this version are yellow. That makes 3 different colors, with the PG kit having green sabers and the MSIA having pink. Which one is it Bandai?

I am not a major Gundam fan, but I like this toy. I wish they had come out with this line so I never would have gotten all those crappy MSIA figures.

If you like a nice, quality action figure, run out to your local TRU and pick one up. If you want the best representation of Wing Gundam, go get the PG kit.