Yamato's VF-1J Valkyrie is a great toy. It still suffers from the design flaws that all Yamato valkyries do, such as having to remove the legs to transform it, and having no thumbs on the trigger hand. But It makes up for it by being an absolutely beautiful toy. 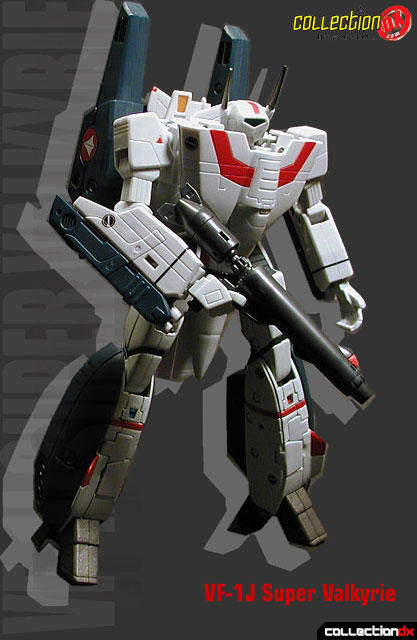 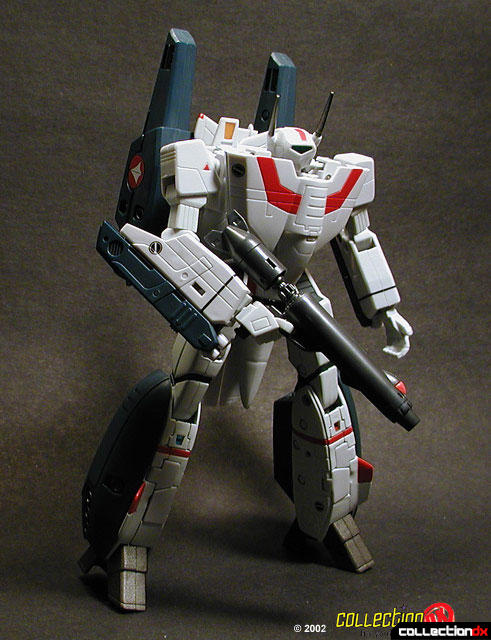 All the armor is removable, but you will never want to take it off. It also comes with different styles of missile clusters, a heat shield, a gun and a small antenna for the backpack. 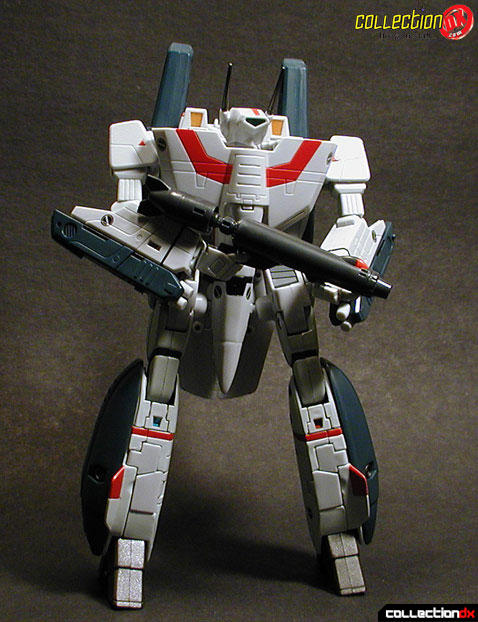 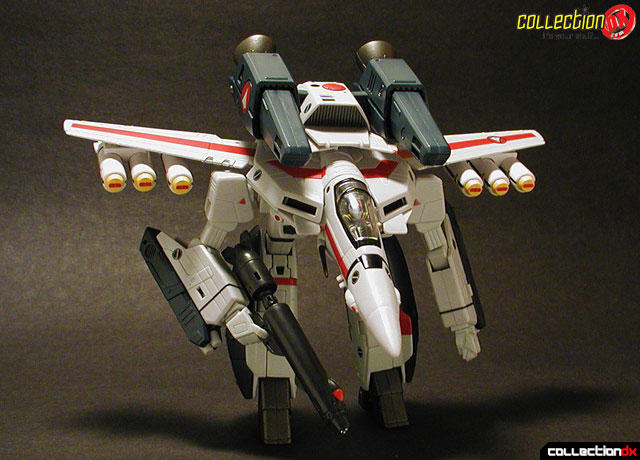 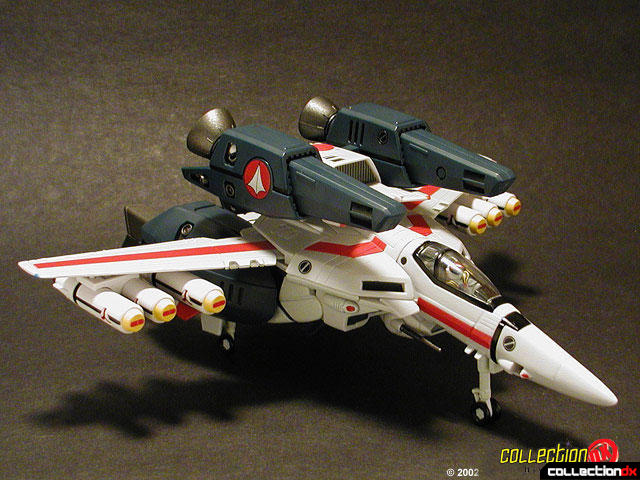 Some improvements would have been to include a pilot figure, a strap for the gun so it can be placed on the shoulder, an antenna that retracts, and articulated hands so you don't have to swap between 3 sets. I would have also liked them to have worked on the leg removal thing. I did notice an improvement as to the leg pins though, as opposed to the earlier VF-1A. Most of these concerns have been addressed with their new 1/48 scale valkyrie, due out soon.