This is one of 4 sets made by Medicom in 2002. Each set featured a Light Cycle, a figure, and some third item. This set is set "B" and includes Flynn, Red Light Cycle, and a Tank. As far as I know, this the only toy of the classic Tank design.

Each set comes in a stylish box with a flap held down with velcro. 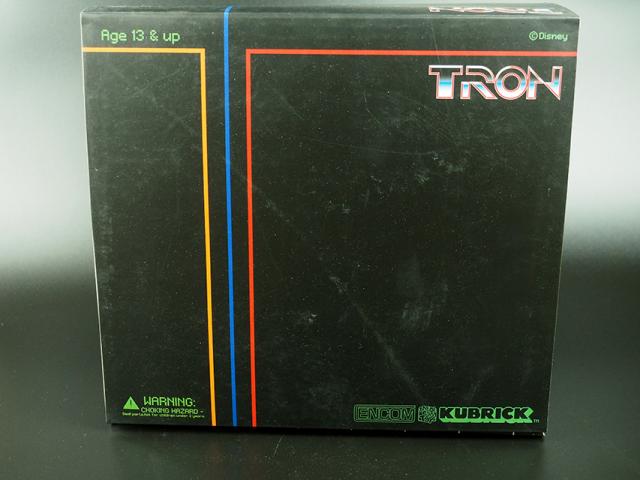 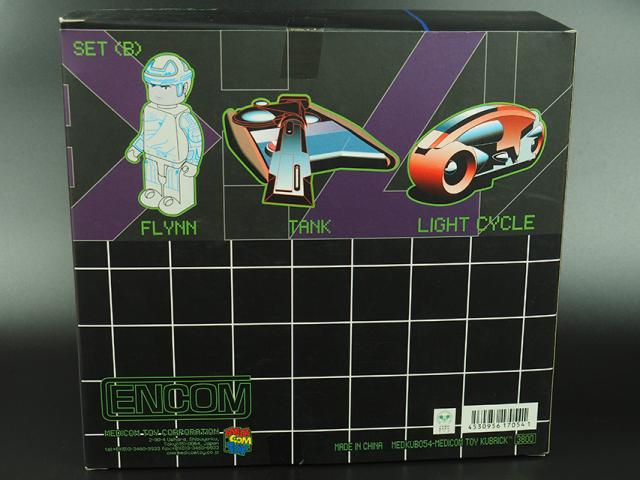 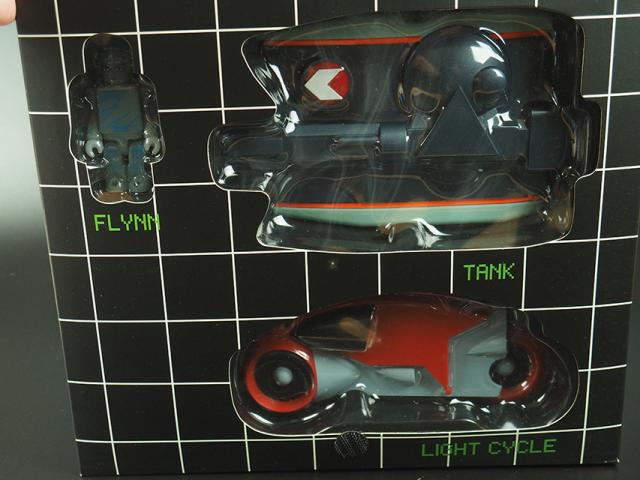 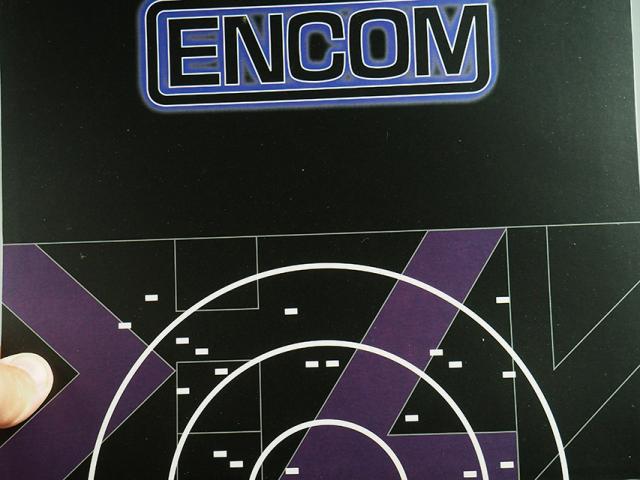 First lets look at the Flynn figure. He's based on the Kubrick mini-figure platform, which is inspired by LEGO dudes, just twice as tall. 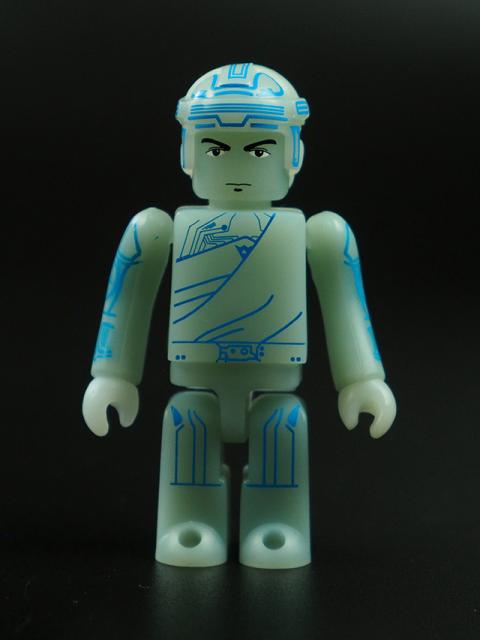 Articulated at the hands, shoulders, head, waist and hips. There's no place on the back to store an identity disc, but one is included. 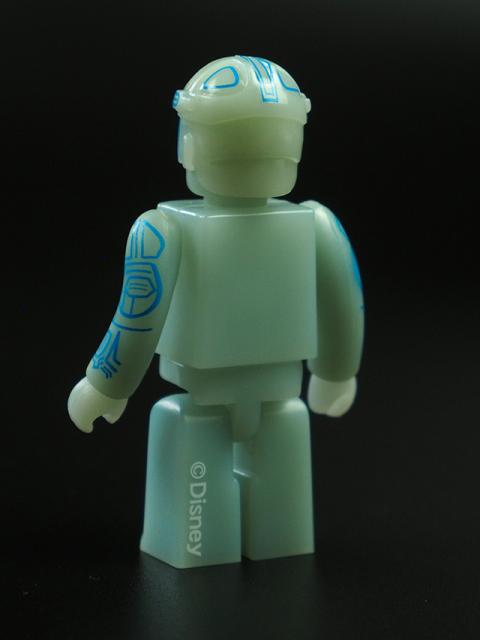 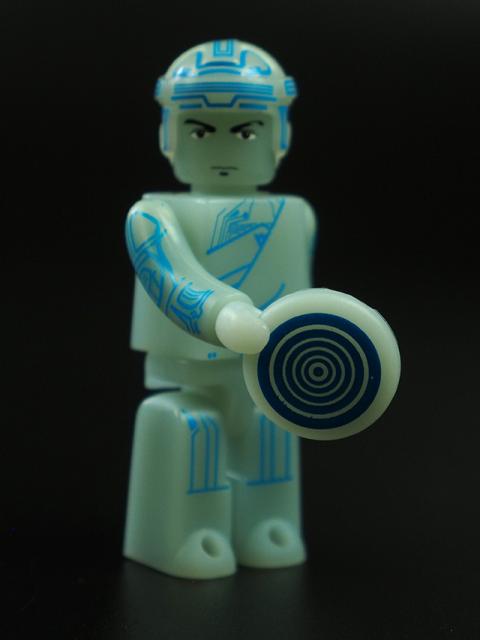 Remember the glowing rod that raised from the floor to become the Light Cycle? That's included. 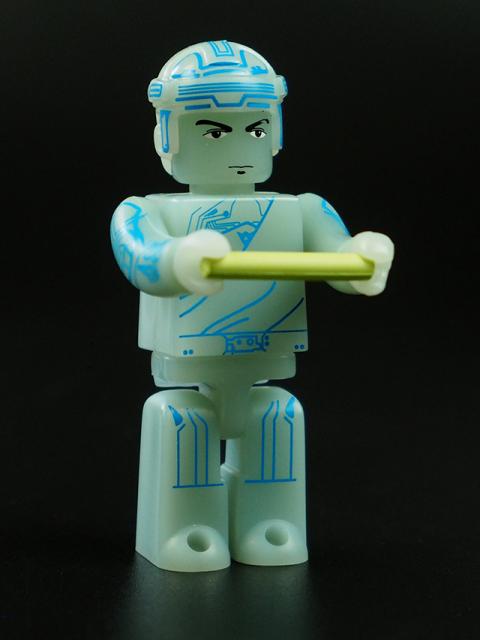 Speaking of the Light Cycle, Flynn can fit inside by removing the top shell. 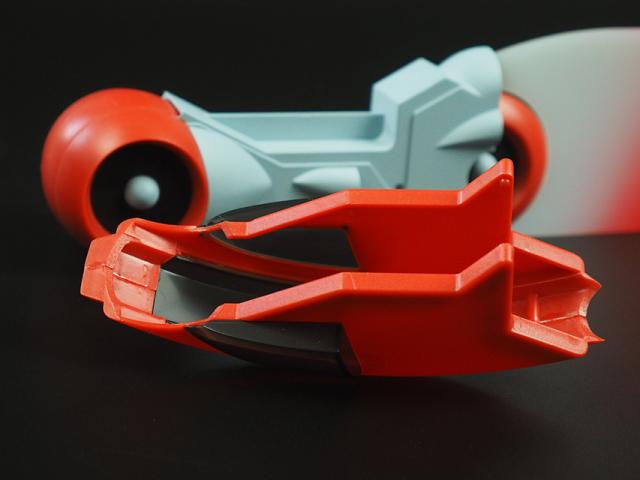 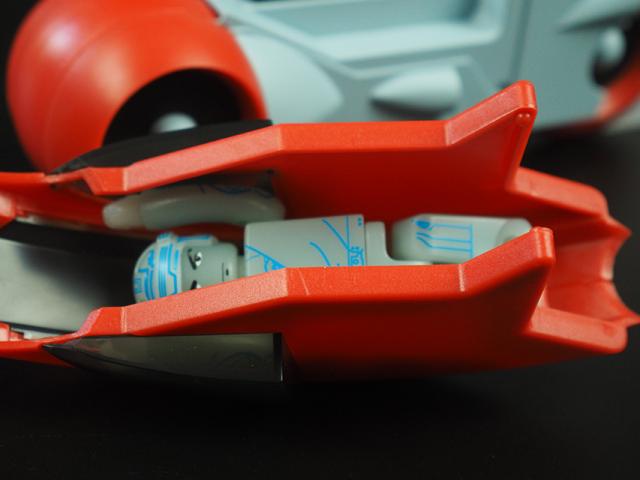 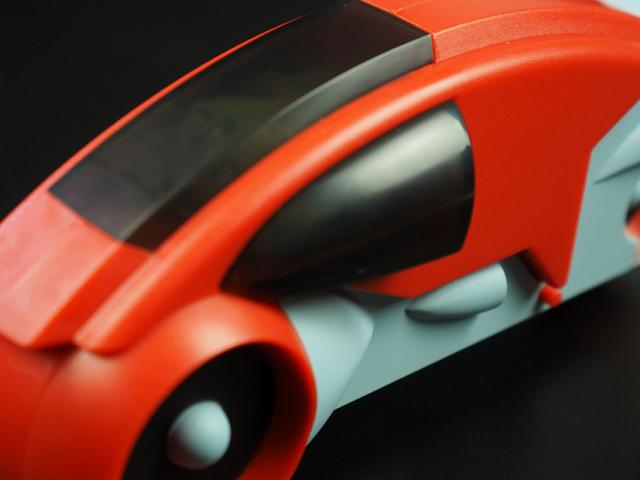 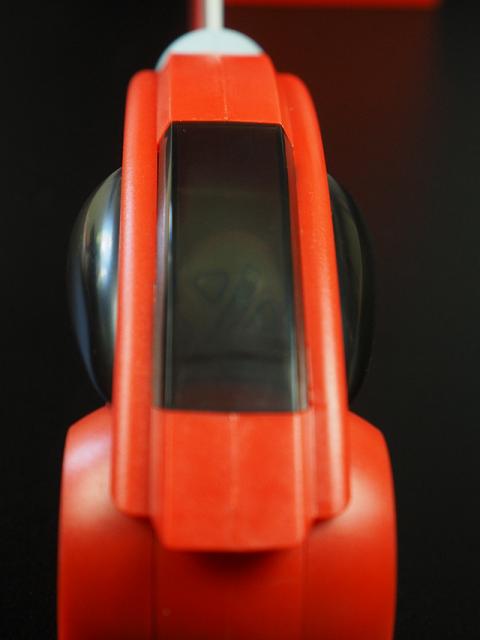 The Light Cycle is amazing, and very toy-like. It rolls freely, but does not like to stand up without the included light wall accessory. The thing looks like it jumped right off the screen. 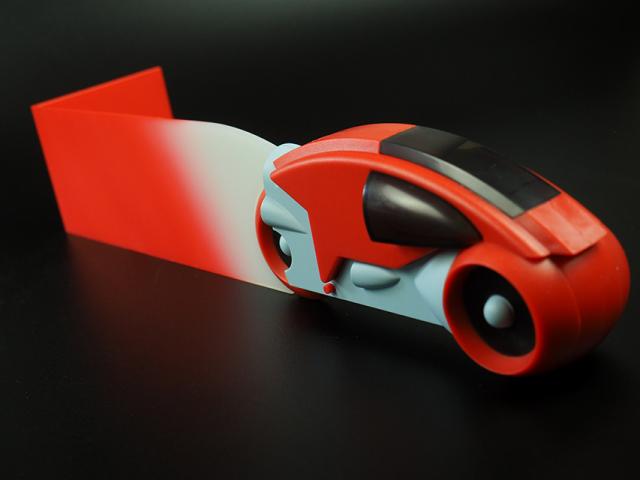 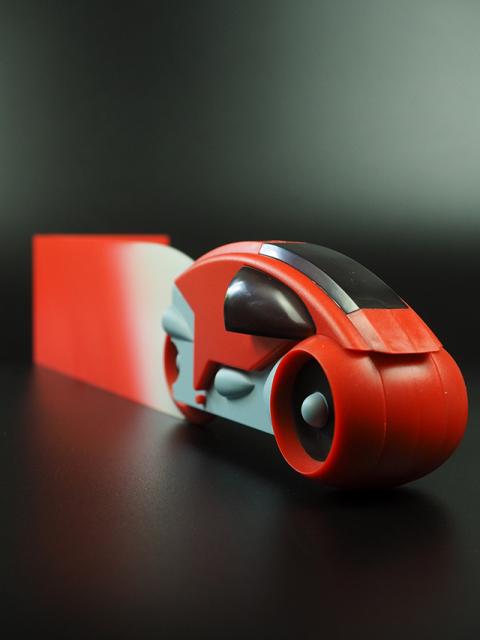 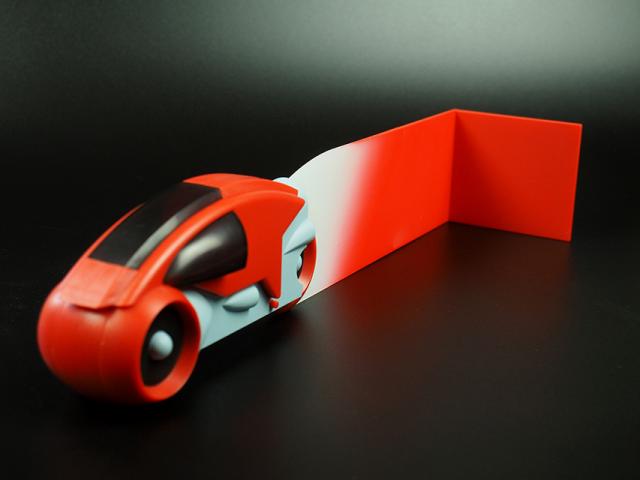 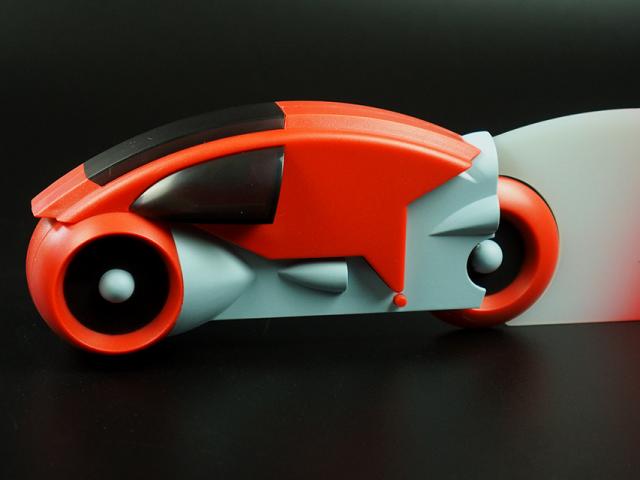 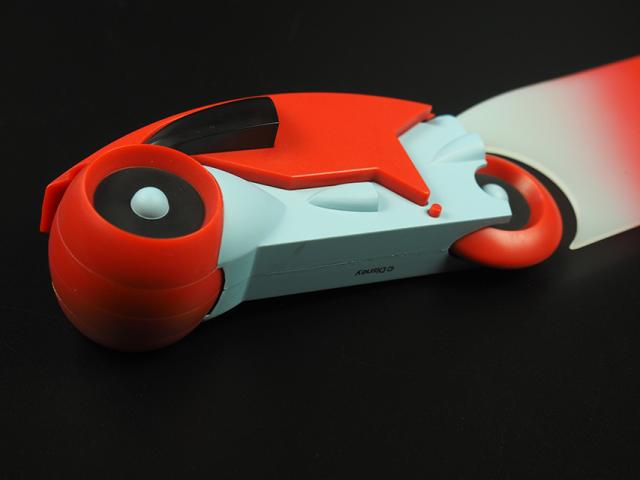 The real star here is the Tank. It's just two pieces of plastic, but just to have a real version of this that I can hold is a treat. The only movement is the turret, and it's very undersized, but damn is it cool. 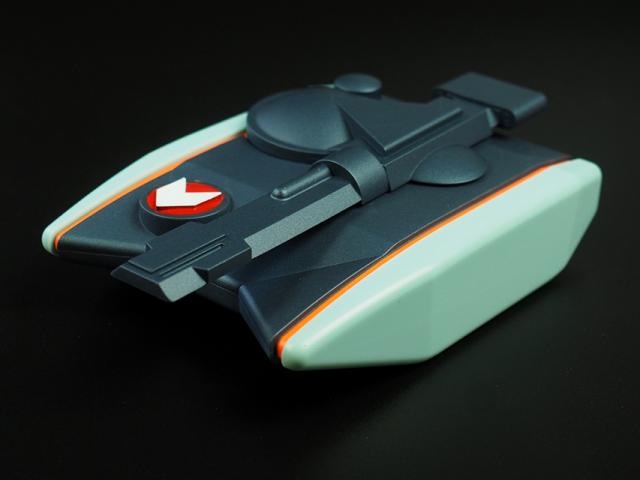 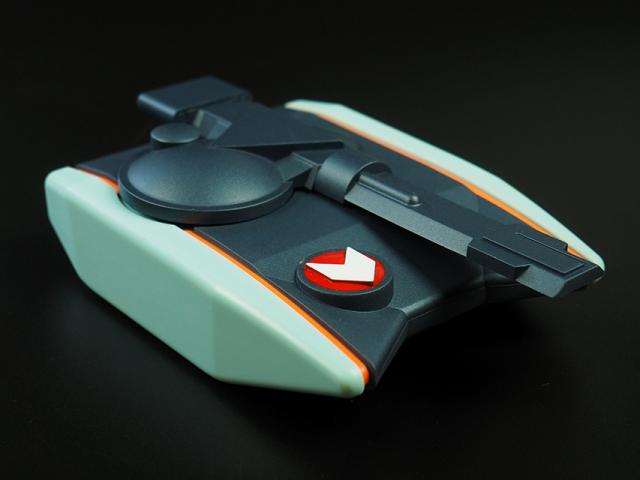 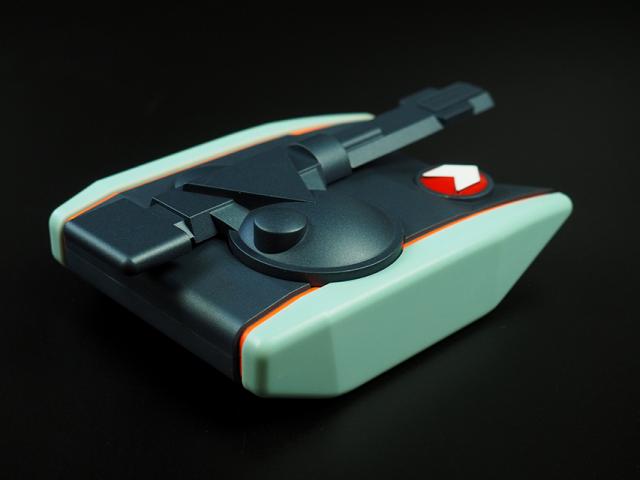 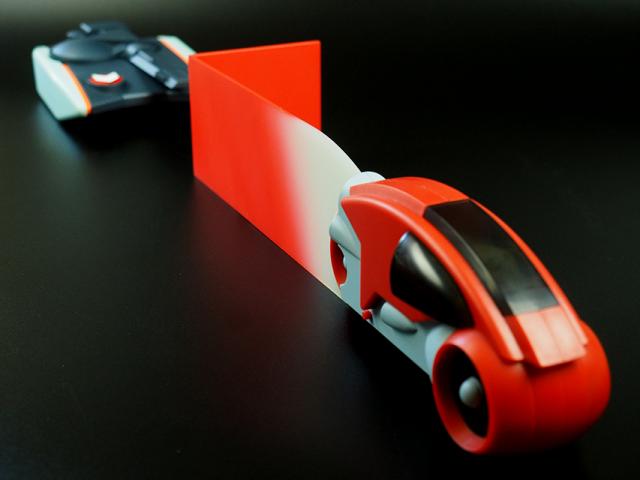 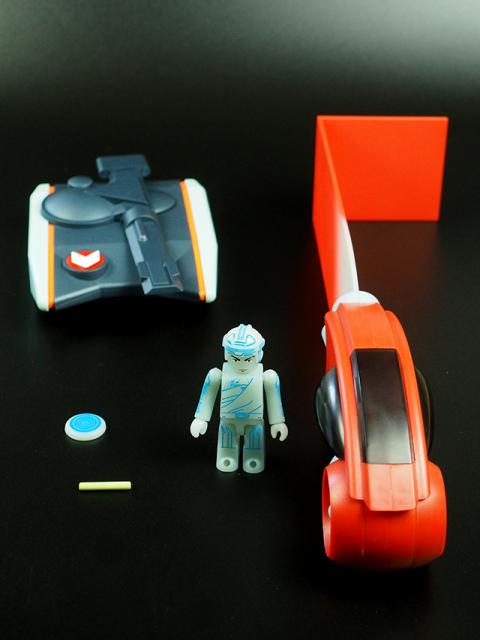