Soot Ball from My Neighbor Totoro

It is definitely not that they are out of ideas but there is something to be said about a director, regardless how dissimilar their films are from the each other they always seem to revisit themes and character types throughout their filmography. 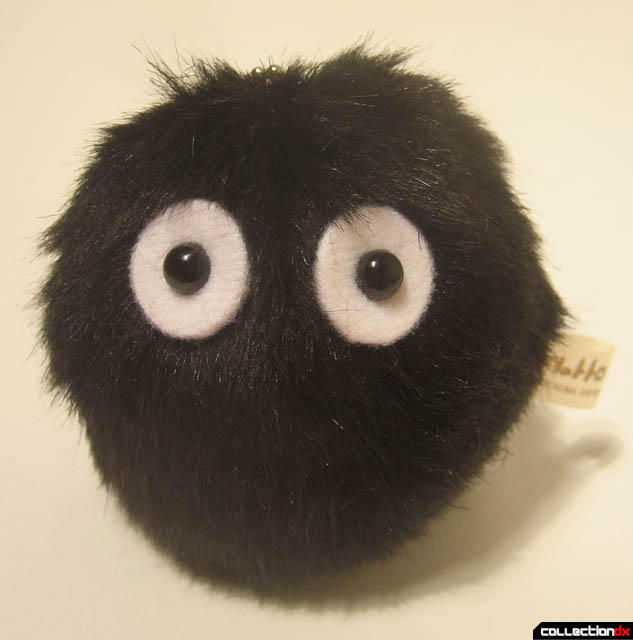 Jean Luc Godard revisited a brutal torture scene from Le Petite Soldat in Pierrot Le Fou, almost mocking the seriousness of Le Petite Soldat’s torture scene. Kubrick will mirror many scenes from The Killers Kiss, the Killing, Lolita and Barry Lydon in Eyes Wide Shut and Sergio Leone would frame the beautiful shot of Claudine Cardinale through the bed canopy in Once Upon a Time in The West again with the closings shot of Robert DeNiro high on opium in Once Upon in America. 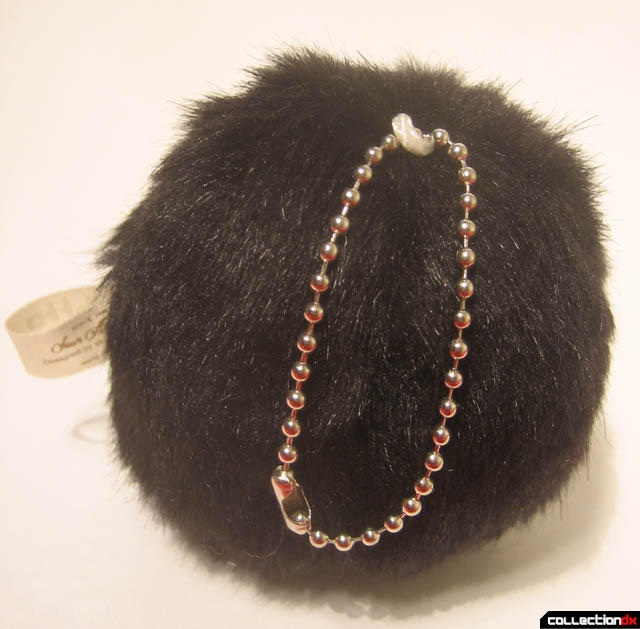 I do not need to tell you that Hayao Miyazaki is known to revisit themes throughout his many films over the years. All you need to do is watch Future Boy Conan and see many of his themes appear for the first time that would later be revisited in Nausicaa, Laputa, Spirited Away, etc. I do not think it is a coinstance that both Jimsy from Future Boy Conan and Lin from Spirited Away both love eating dried up newts! 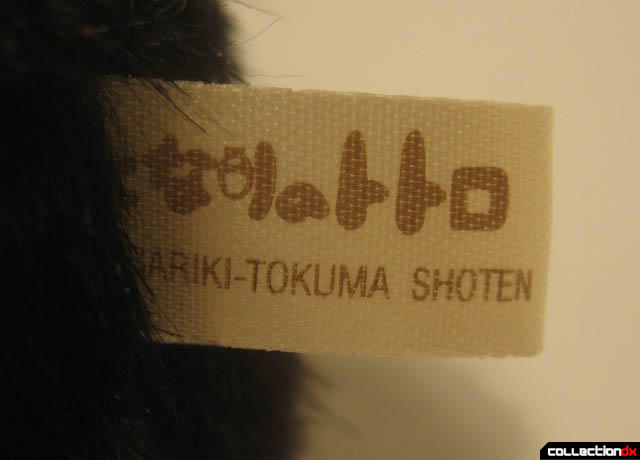 The enchanted Soot Balls are one of those characters that have made two appearances in Miyazaki films once in My Neighbor Totoro as Soot Sprites and the other in Spirited Away as Soot Balls.

This plush toy key ring represents the Soot Sprite from My Neighbor Totoro as stated on the tag of the plush. It measures about four inches round. It is made up of black plush material with felt disc eyes and plastic bead eyeballs. It comes with a chain key ring attached but it can be removed leaving just a small white loop. I bought this soot ball from a dealer at Frank and Sons for $3.00.

There is not much to say in reviewing an enchanted Soot Ball but it is a cute little item for those that are into Miyazaki related items such as myself. I believe the real humor in this toy is if one bought a few of dozen of these soot balls, as they are rarely seen alone in either film, and displayed them together as a large crowd. There would be some humor in that!

Who knows if Miyazaki would revisit the Soot Balls in any of his future films but at least we have two fantastic films to watch them in and a great little inexpensive plush toy.

5 comments posted
I love the soot sprites.. If

I love the soot sprites.. If you ever go to the Ghibli Museum in Mitaka you'll find them all over the place. When i was there I bought two soot sprites for about Y500 that have 'mini maguneeto' (magnets) in them so yo can stick them to random stuff.. They are made of non fluffy felt with eyes that are glossy printed on like you would find on some tshirts..

You said that it said spirited away on the tag, but it actually says "Tonari no totoro" in Japanese. I love Miyazaki's films also, I once saw a life size Dai Totoro plush, the big grey one, in Japan, but it was selling for like 400,000 yen($4,000).

I'm just a soldier, I can't be a leader.

Got It, will change...Cheers
LF

My family owns "Spirited Away". Awesome movie! (But I haven't seen any other Miyazaki films, so I can't comment there.) The Soot Spirits certainly are a favored highlight of the film, right up there with the three green heads that roll around and grunt in Yubaba's apartment/office.

So what if they're used in more than one film? It's a director's signature! Consider our own Sam Raimi, who has that classic car (year/make/model?) in all of his films save one!
(BTW, I'm one of those people who didn't really like any of the "Spider-Man" films.)

...I don't know, I might get one of these if they were right in front of me, but I'm not gonna go out of my way.

It's definitely not a negative when a director uses a a theme over again, that why I used the example of Leone, Godard et al. I actually like it when directors do that but there is a fine line between using it at a crutch and using it as a theme in a film. Miyazaki has made it work for his films and TV shows for many years, and is one reason why I Love his films.

I was thinking of putting 2/1 scale...funny that you mentioned that!