Kaiyodo's Powered Suit is based off of a design featured in a 1989 OAV series "Uchuu no Senshi", inspired by Robert Heinlen's Starship Troopers. 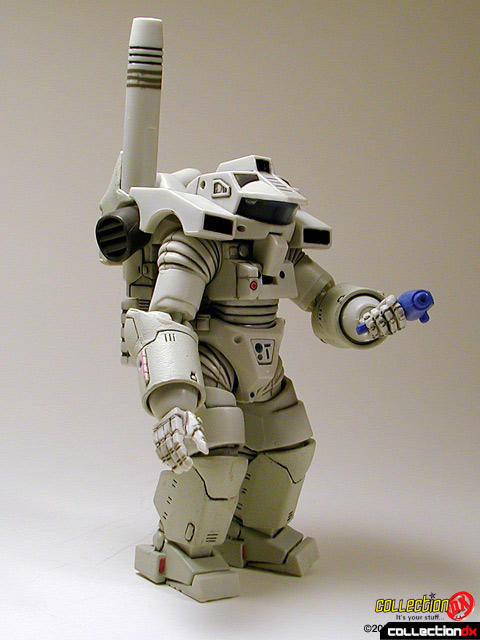 The Powered Suit is designed by Studio Nue, and comes in 3 color variations: white, mustard and green. All figures feature plastic and diecast construction. They also come with a gun and a pilot figure, who can not fit into the suit. (there is a head in the cockpit). 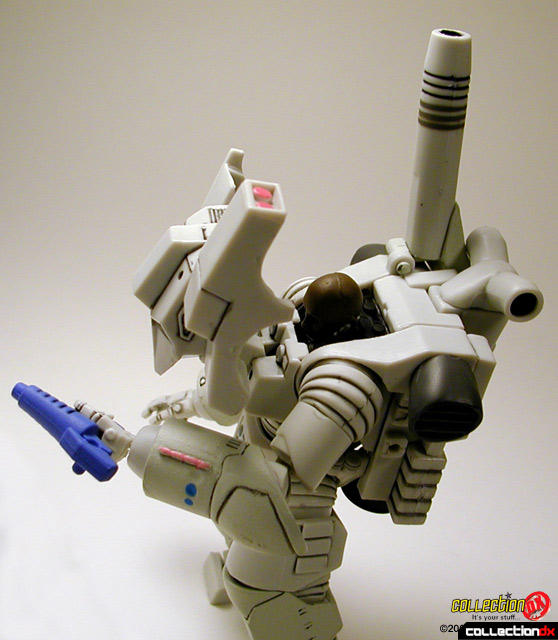 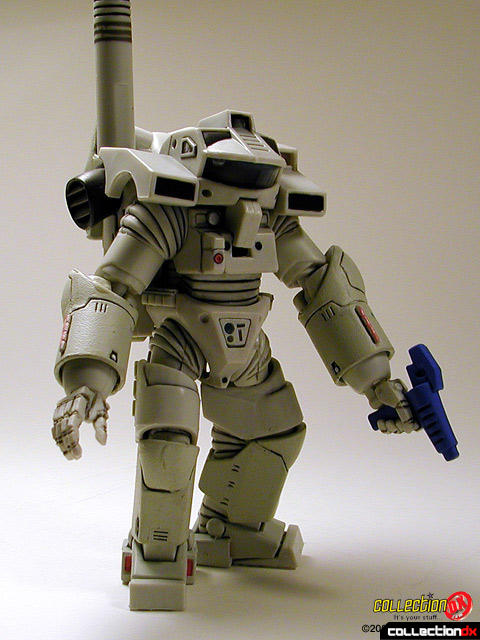 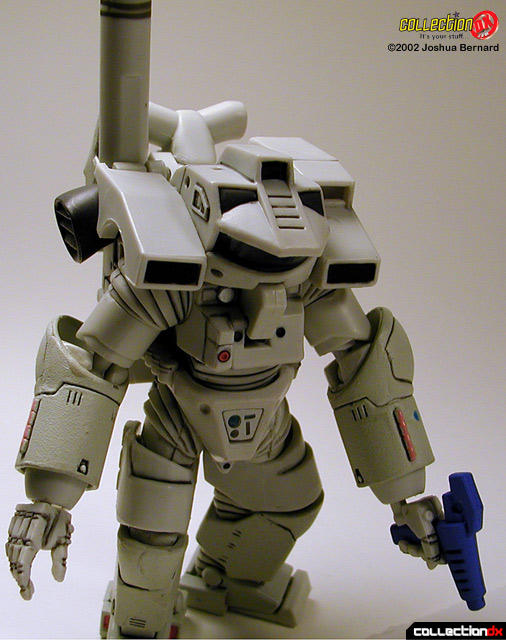 The figure is very articulated. Kaiyodo's Powered Suit is around 5 inches tall, and has been released domestically through Diamond Comics Distribution.