In 2002, Trendmasters released a series of toys from the popular Cartoon Network show, Dexter's Laboratory. Among the assorted figures was this gem, Dexter's Super Robot. 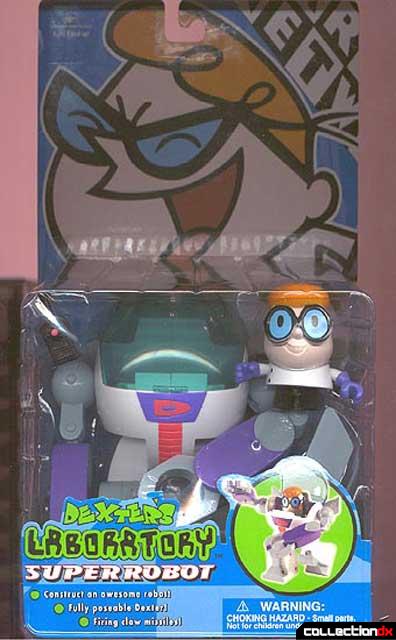 It's commonly known that the creator of the show Genndy Tartakovsky, is a huge fan of Anime, and it shows in the design of this toy. 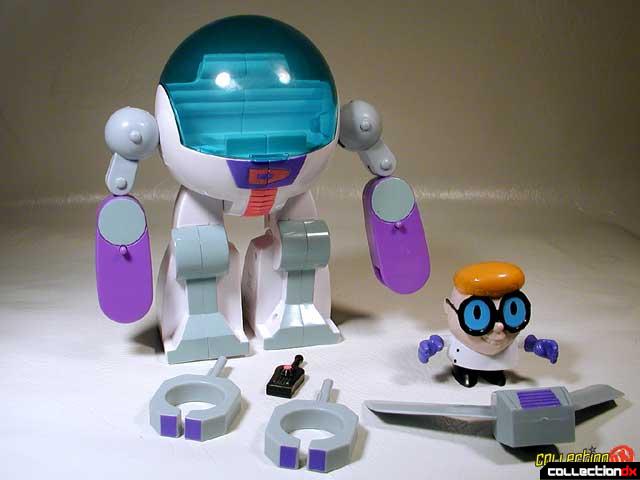 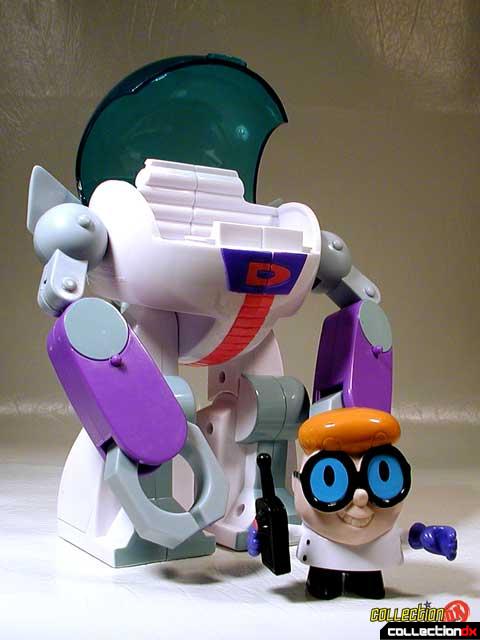 The Dexter figure itself is good enough, and has articulated arms. He can hold a remote to control the robot suit, just like in Tetsujin 28. Dexter can also fit in the robot cockpit, but just barely. In the cockpit is a small control lever, Dexter cannot grab it, it just gets in the way. 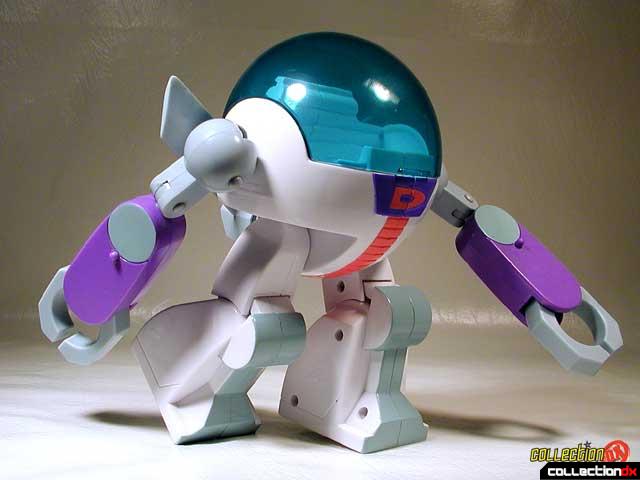 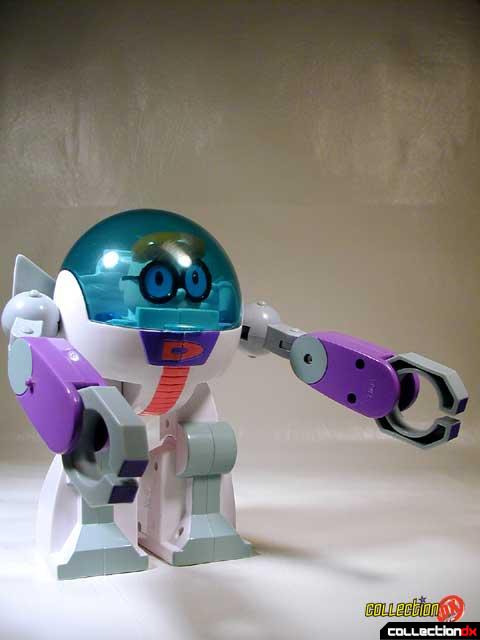 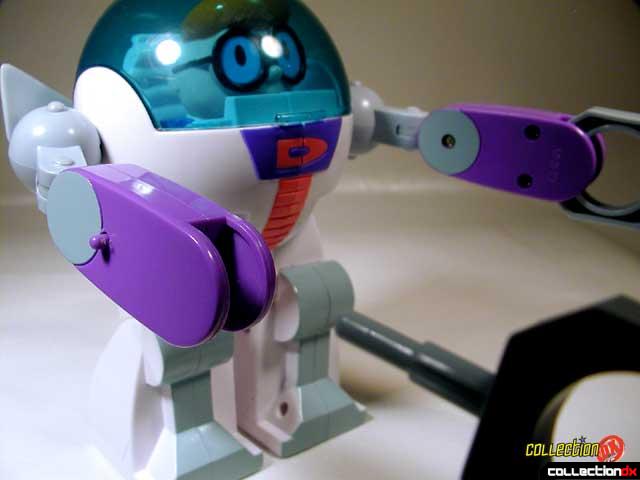 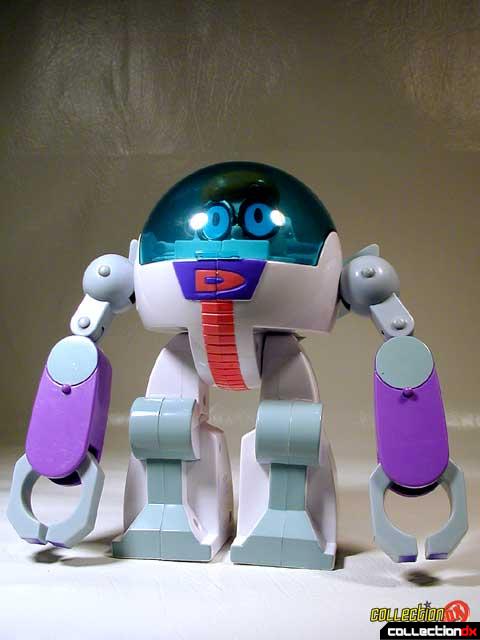 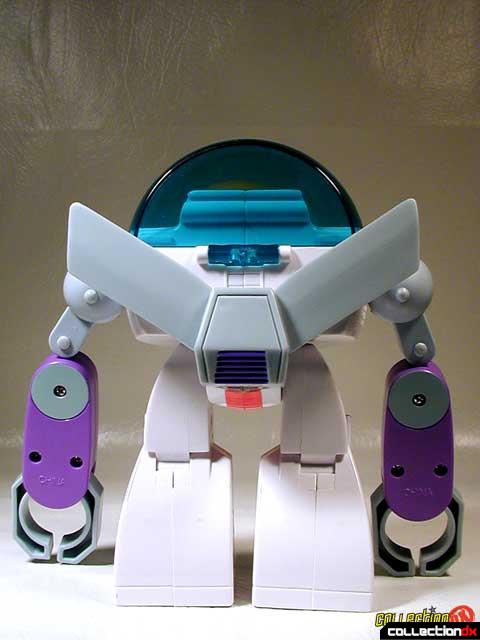 The robot itself is about 5 inches tall, and made out of hard plastic. The cockpit opens, fists fire, and wings are removable. It is articulated at the arms, elbows, hips and knees, although due to the design movement is limited.

it's a pretty cool toy if you can find it. Trendmasters also released a larger, walking robot, of a similar design.