This nightmare fuel is Welvath, from the Devilman series. Be aware that this review may border on NSFW. 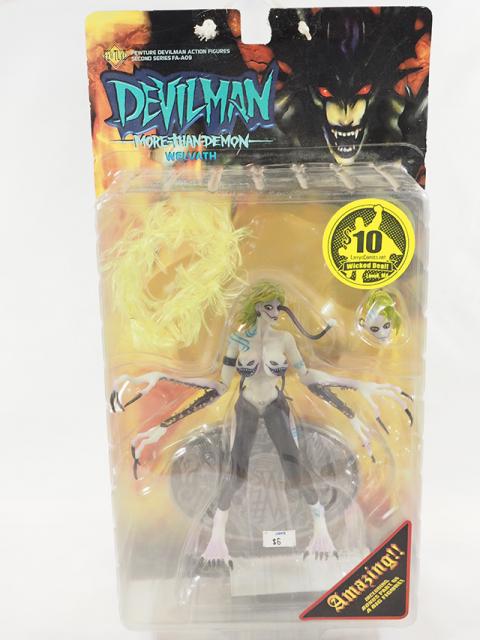 This toy is number 9 in the Fewture Devilman Action Figure Series, also known as Devilman: More than Demon. I'm not so much a big Devilman fan as I am of Yasushi Niraswa, who designed this iteration of the character.

I had missed out on this release when it first came out, but I recently came across a $2 bin of action figures at a local comic store, and it had a few from the line in it.

Several versions of this figure were released. The review is of the regular version, but also released were: 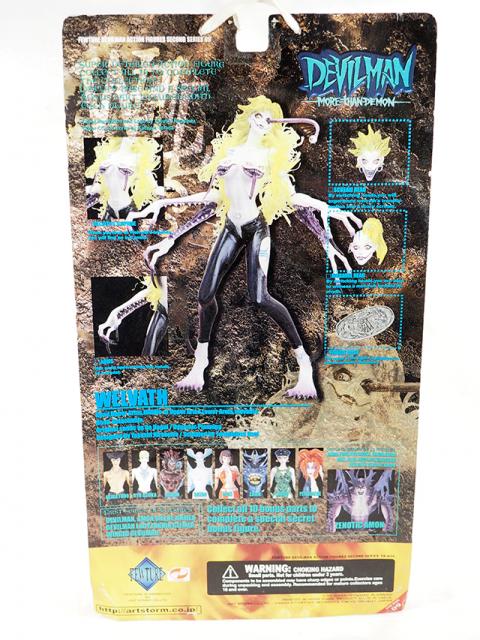 Each figure in the series includes a part of a larger figure - Zenotic Amon. 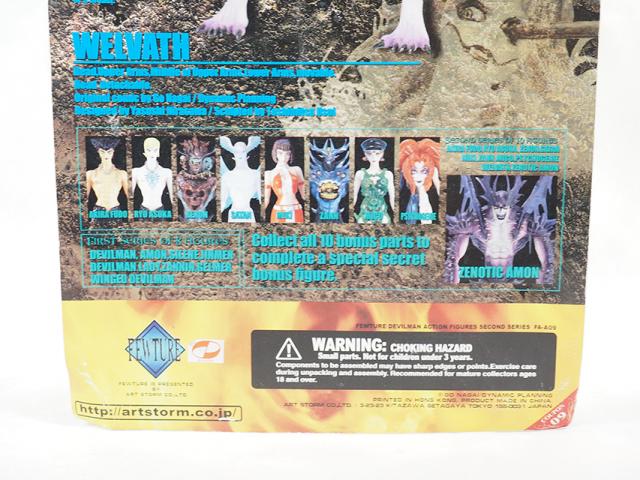 This girl is demented and I love it. The sculpting is amazing, and I love that there are soft goods included. 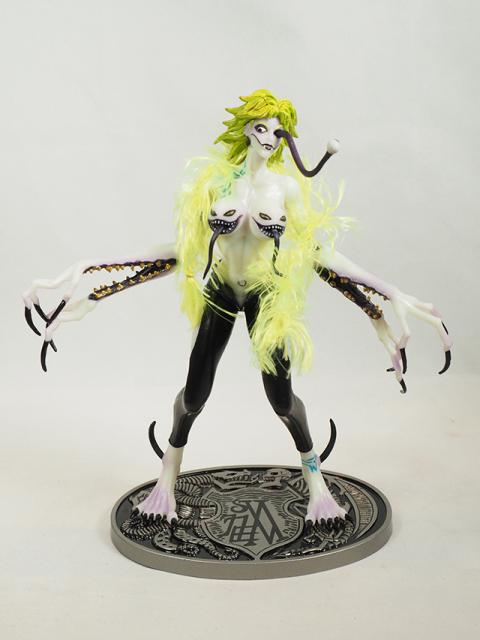 Included with the set are 3 heads, fuzzy scarf, stand, and build-a-figure part. 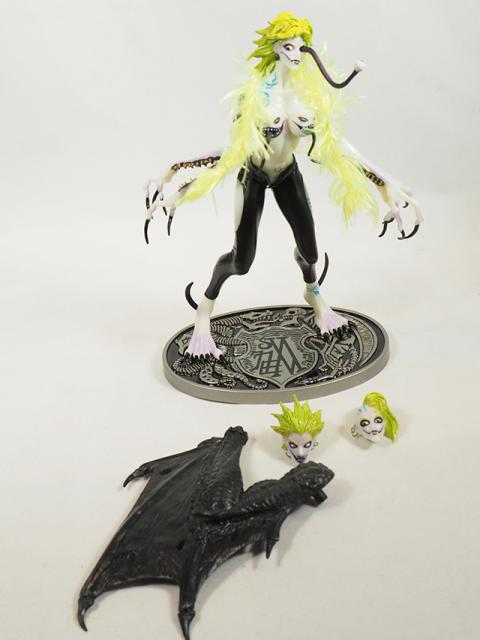 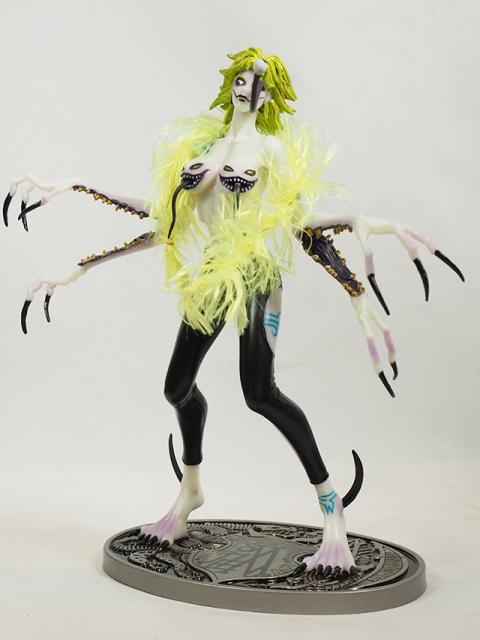 Articulation is at the head, shoulders, claws and hips and ankles. However it's realy a statue that has cut up joints. It only stands in one position, and not without the base. The only posing options you have are the head and arms. 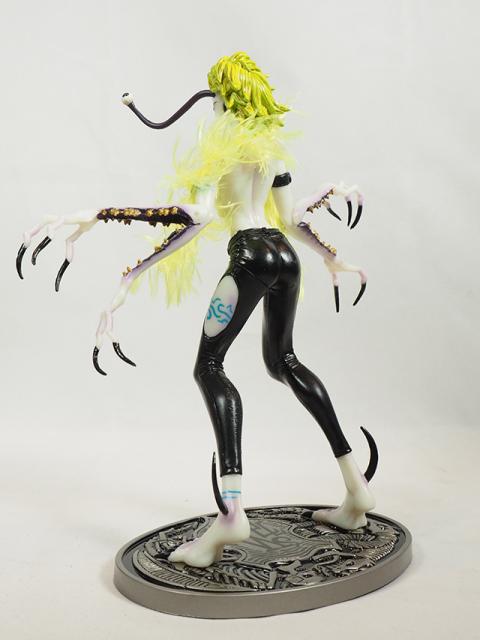 So what is the most disturbing feature of this figure? Is it the breast-faces? The eyeball extending out? Or how about the claw arms? 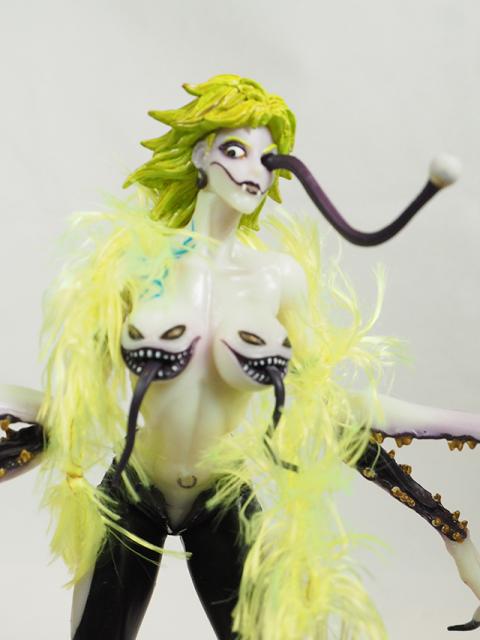 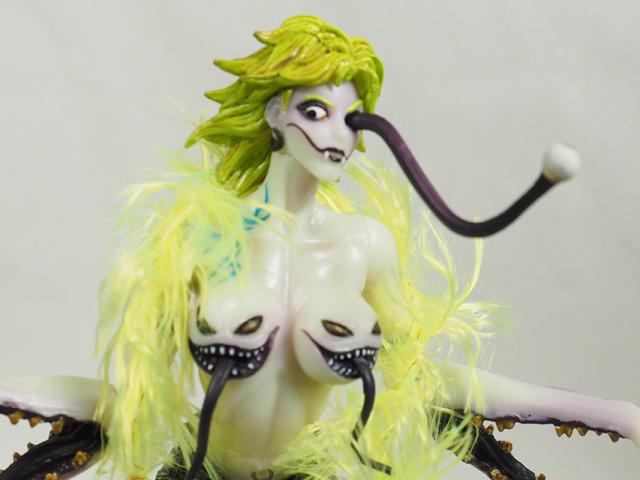 A bellybutton ring AND tribal tattos? Yup, it was released in 2001. 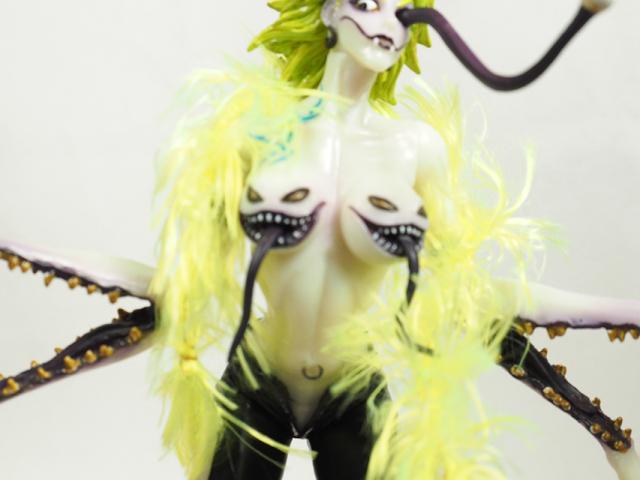 The arms look like they were one arm that separated like mouths, and there is a joint to move them up and down. The paint detail is amazing, which should not be suprising considering it's pedigree. 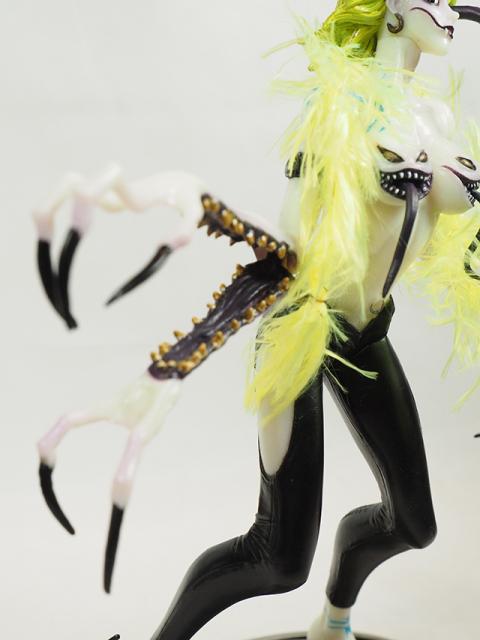 The head just pops off and can be switched with either variant head. The earrings are real metal hoops. 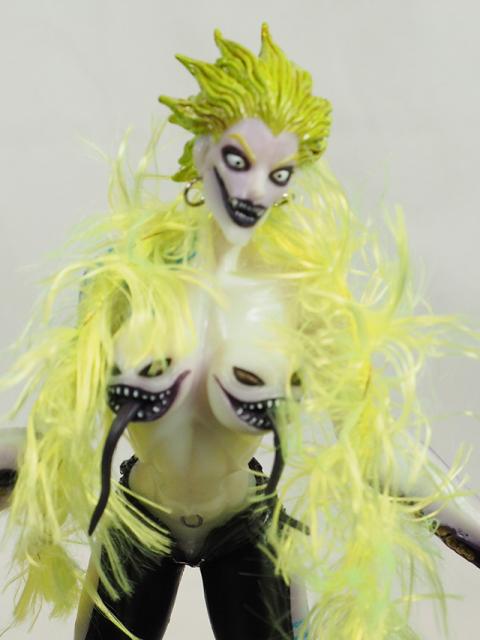 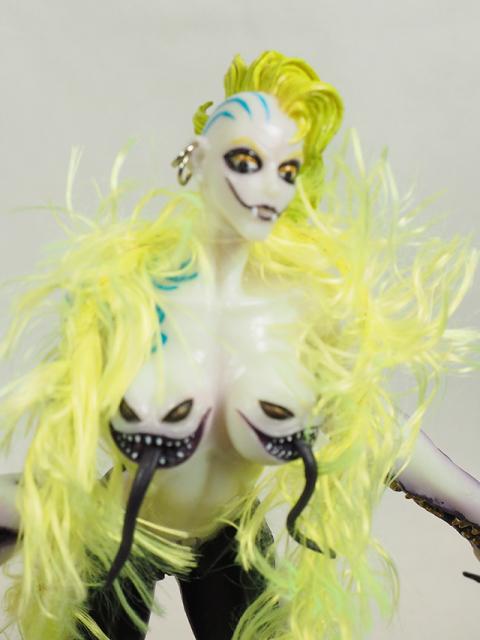 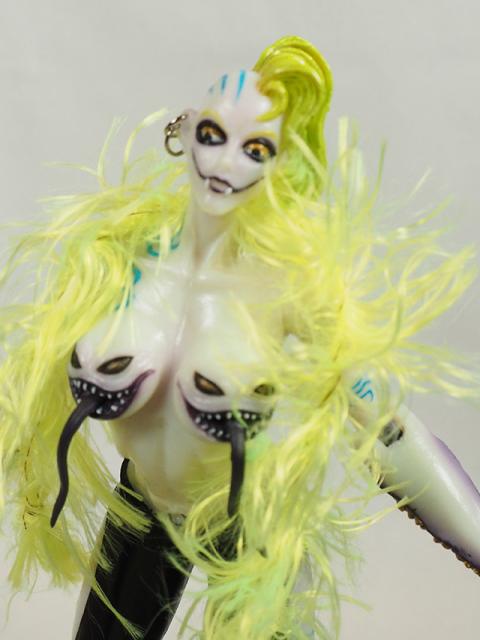 The stand looks like it could have been a belt buckle. The design and sculpt on this are amazing. How often do you get stands that are just circular discs? Fewture raised the bar for a while there. 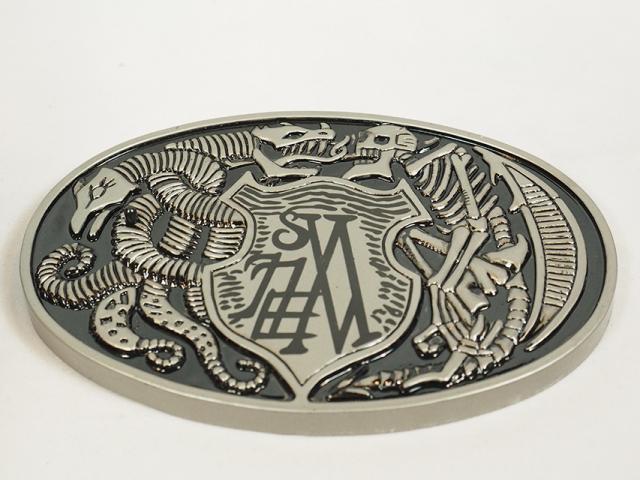 The sad thing is that most of these sat on the shelves. As imports, they were a little expensive at the time, and probably ahead of it's time. These figures were a direct result of Spawn figures hitting Japan, and in the US we already had them, and much cheaper. Throw an unknown series into the mix, and they were mostly clearanced out. In addition, some of the toys were... tough to display in the store.

They can be had cheap though, and are fantastic toys.