Wedge is one of four robots that combine to form Landfill. He is a slightly modified version of the Japanese Build Boy, part of the Build King team. 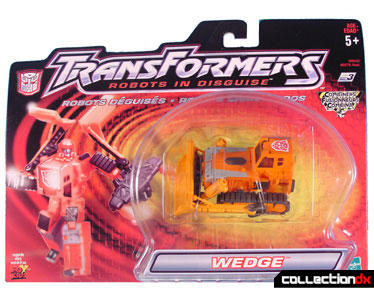 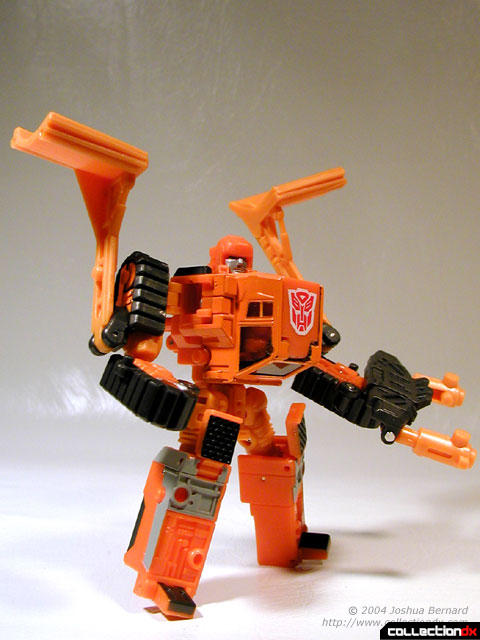 This diminutive robot transforms into an orange bulldozer. Like all toys in the Robots in Disguise line, it's an interesting combination of Beast Wars style articulation with classic Transformer detail. 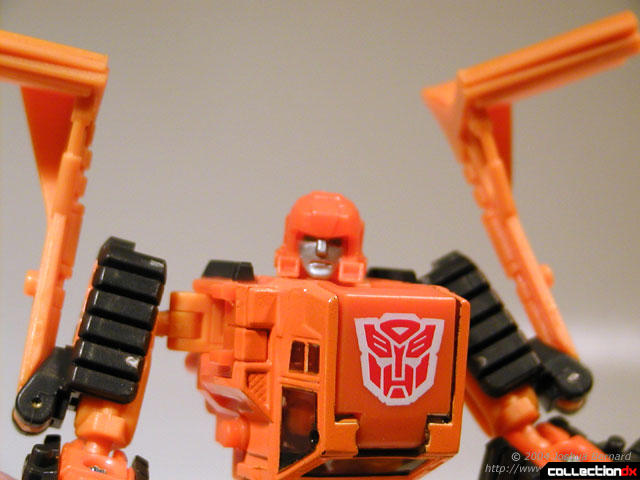 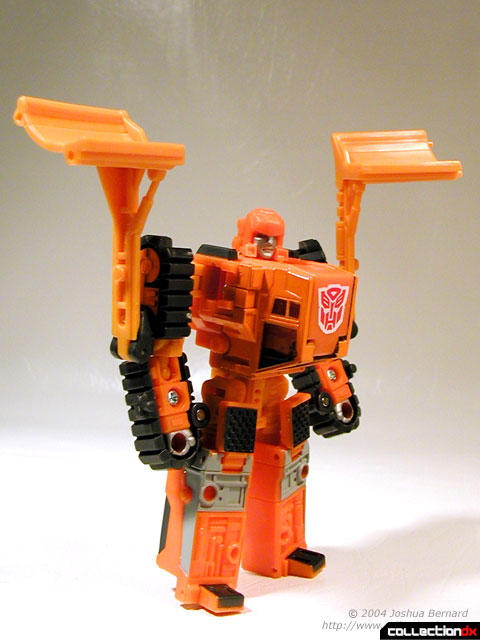 Wedge is the smallest component of Landfill, and also the most articulated. He makes a remarkable translation from a solid bulldozer to a humanoid robot. He's a little top heavy due to the massive upper body. Wedge's only weapon is a dual cannon that is formed from the pistons of the bulldozer. 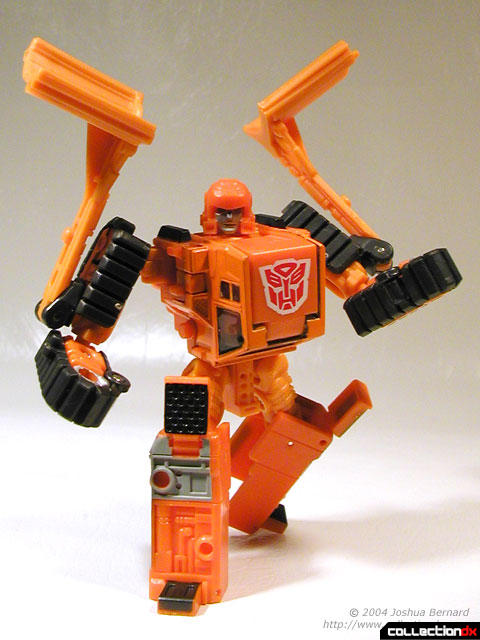 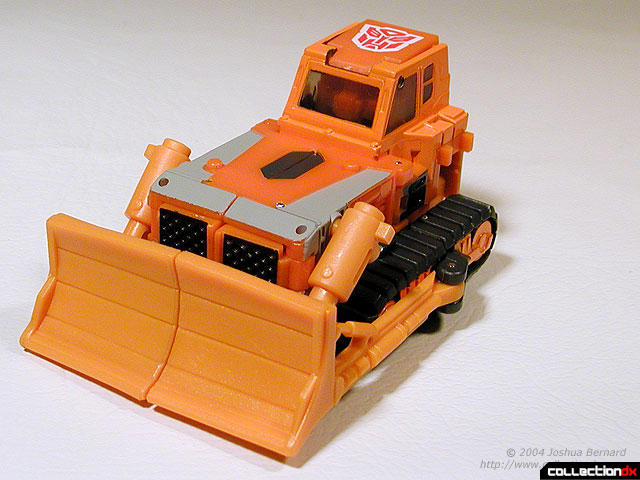 Wedge forms the main chest and head portion of Landfill. Transformation to all three modes are a bit odd, but once you get used to it you won't have any problem forming this massive robot.

i remember going in and getting this guy. he was my first transformers and now i am seriously into them