This version of the VF1A Valkyrie was released for one day only (November 1, 2001) at Toys R Us in Japan. It was issued to commemorate Toys R Us 10th Anniversary. Yamato later released another VF1A with a slightly different color scheme, known as the "Cannon Fodder" Valkyrie. 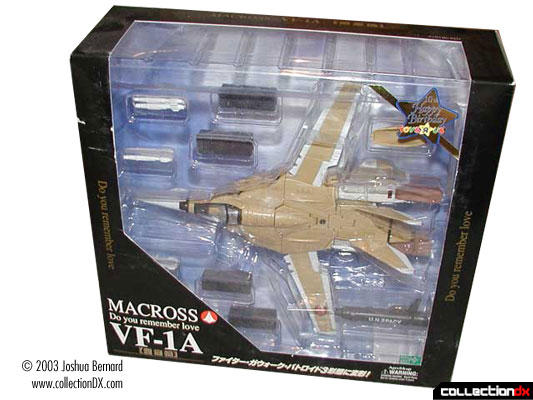 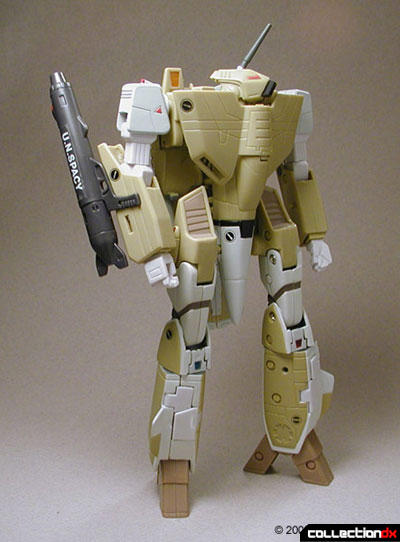 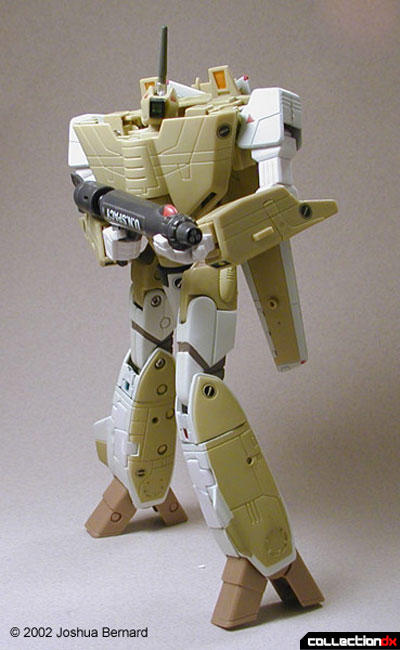 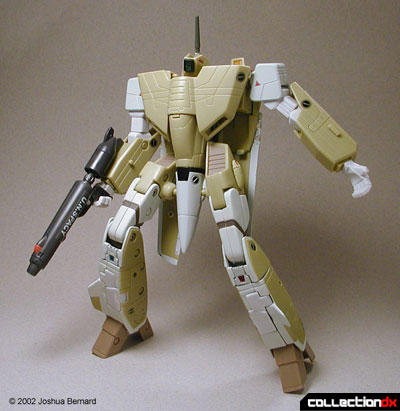 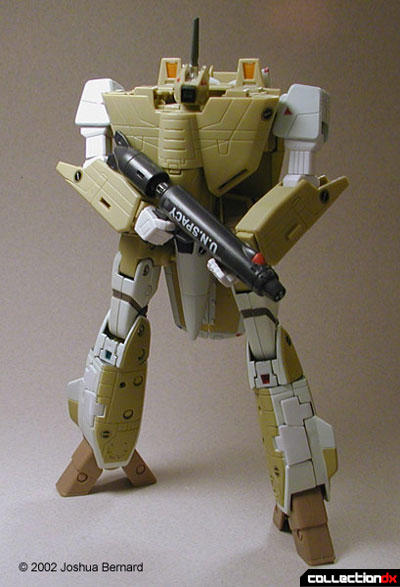 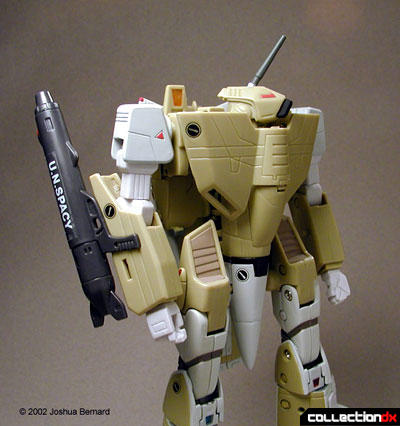 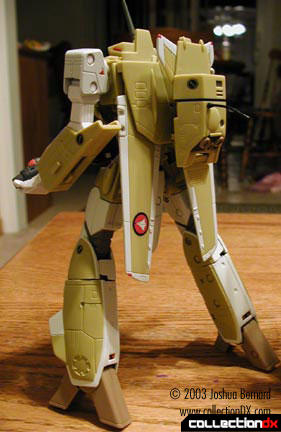 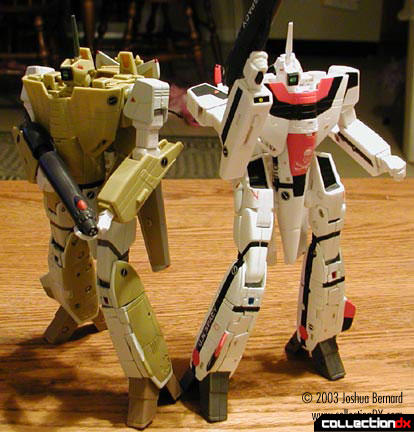