Despite all the poor choices made with this toy, I still kind of like it.

Who can forget the summer of  2000 – the whole net was abuzz with the coming of the Toycom Macross Plus Valkyries. I sure can’t forget it – those damn Valkyries put me out of business (back when I was running Cybertoyz). I suppose in a way I owe this site to them. If I hadn’t have had that terrible experience, I might still be running a toy store today, and CollectionDX may never have existed.

The VF-11b “Thunderbolt” was the third Valkyrie  released as part of Yamato’s Macross Plus “Kanzen Henkei” Valkyrie line. The design, like the other Macross Plus valks, was a radical departure from what we previously knew as Valkyrie toys. The complex transformation and sleek styling appealed to the then novice toy buyers. 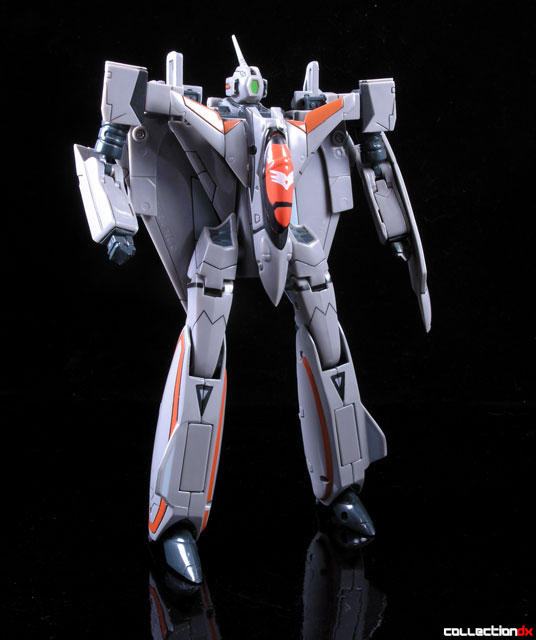 All that anticipation quickly soured though when the toy finally arrived. The toy had so many flaws; it was met with universal disapproval. Today, people only speak of the VF-11b in hushed tones down dark alleyways.

But first, let’s talk about the good 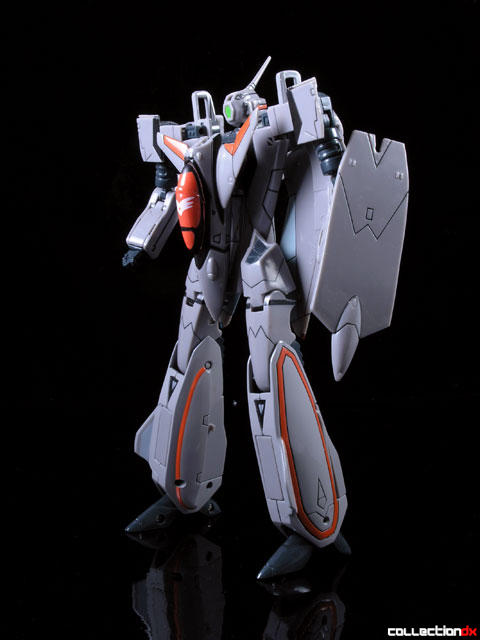 The VF-11b looks really nice, and the paint and metal have a nice finish to it. The metal content is limited to the lower legs, but it still adds a nice feel to it. The toy transforms into all three modes and has working landing gear. The hands are removable and there is a separate right hand that can be replaced to hold the gun. The gun is really nice, with an expandable stock and a fold out bayonet.  The gun can be stored under the rear fuselage when in fighter mode. Also included was a sticker sheet and cockpit covers.

In robot mode, the figure is surprisingly agile. Ball jointed hips, articulated knees and feet, as well as very poseable arms make for some dynamic poses. When in robot mode, this toy just feels and looks great.

Unfortunately, Yamato made a lot of poor design decisions with this toy, which resulted in a lot of these toys suffering a lot of problems.

The first main problem is the ball jointed hips. The plastic used was too brittle and the fit onto the ball too tight, which resulted with this joint breaking easily. You could hack a fix by opening up the assembly that holds the ball and making this connection not as tight. This problem plagued this toy. 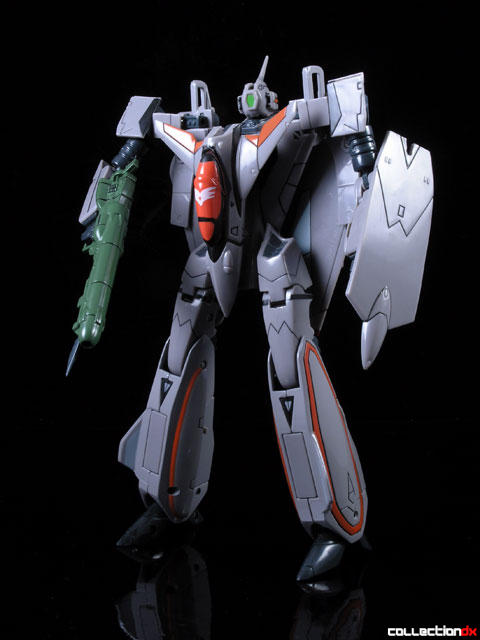 Another major problem was the shoulder blade assembly. In jet mode, these are the 2 small squares that are behind the cockpit. When transformed into robot mode, these fold out and become the shoulders. This toy was packaged in robot mode, so when you went to transform it back into jet mode; you found that those 2 panels didn’t fit correctly. The solution was to FILE DOWN the insides of the panels until enough room was made for the panels to fit into the small space. This also affected the fit of the shield in fighter mode. The shield would bump up against these panels and cause it to pop off the arm assemblies. 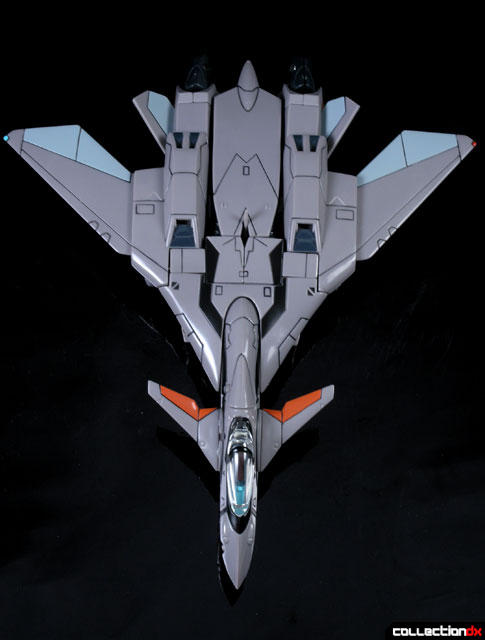 The last major issue with this toy is the cockpit cover. Instead of giving you a replaceable molded piece, Yamato gave you a thin plastic molded tray that had 2 covers on it, which you had to cut out with a hobby knife! It was made of the same plastic that these toys are often packaged in. Why did they give you two? Well, the second one is there in case you screwed up the first one. How lame is that? To top it off, in order to attach the cockpit cover to the toy, Yamato says to use double sided tape, which they don’t bother to include! 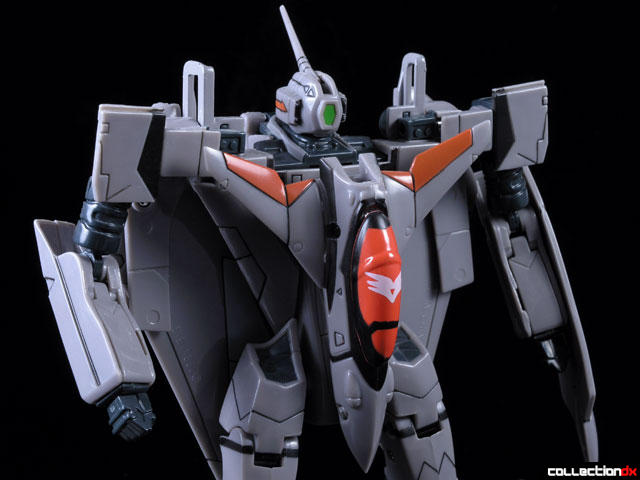 I would have sold this toy long ago if I really didn’t like the design. It is just visually appealing to me. I’ve made my modifications to my toy, so it does what I want it to do, but unless you are in love with this design, skip it. 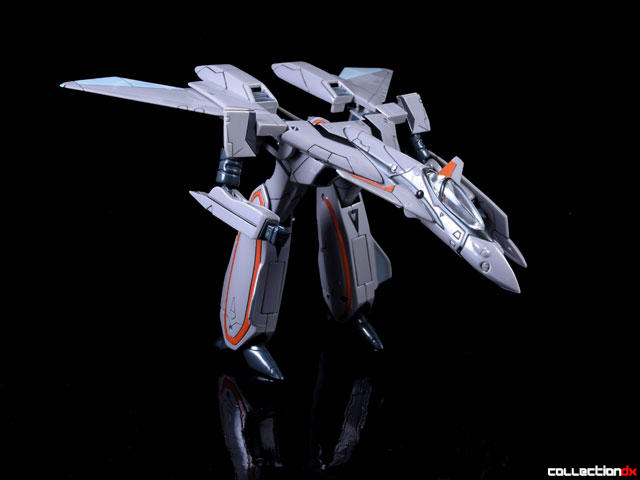 Yep, I remember buying this one in early 2002, at a public flea market that was having a sports card show, and this fellow broke at the hips less than a year later. I still think I have the parts laying around, somewhere. Luckily, I only paid about $20 or so for it. >_>