Choro-Q is a long running toy line by Takara of Japan. First introduced in 1978, the Choro-Q toys were small cute pull-back vehicles with rubber tires. They were a smash hit, and even were imported to the US as Penny Racers.

They were so popular in Japan in fact, that they became a common sight in any kids room. At the same time Takara also had a line called "MicroChange" that took everyday household items and transformed them into robots. This is where Megatron and Soundwave came from. Owning the rights to both, Takara thought it logical to make transforming versions of their Choro-Q cars. These ended up becoming the Transformers G1 minicars Bumblebee and Cliffjumper.

Choro-Q was not content with just cars though. Over the years they have expanded into other toys and characters but they all seem to have the common pull-back motors and SD styling.

That's the long way of introducing this T-28 - one of the non-vehicle Choro-Q toys.

Released in 2001 - Tetsujin-28 is a cute little representation of one of the original super robots. 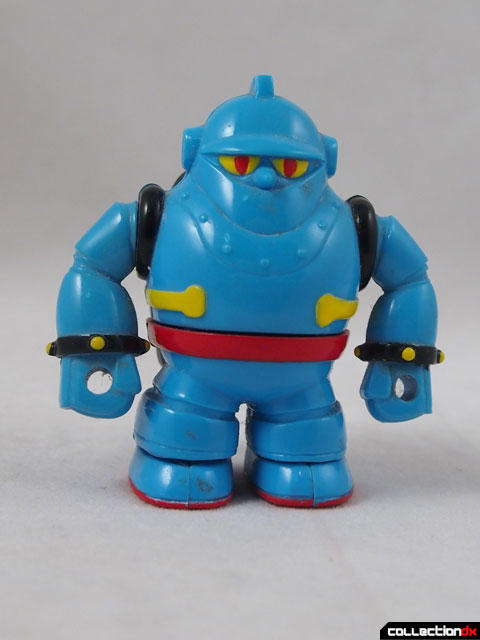 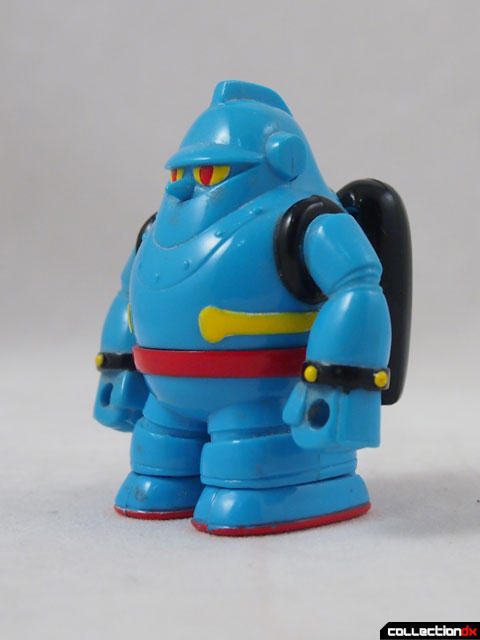 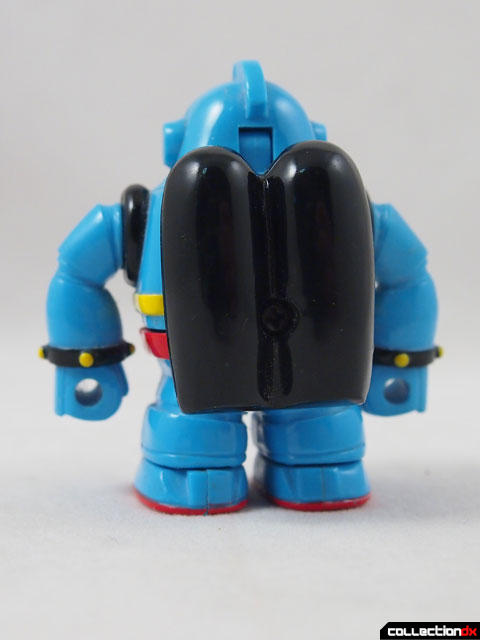 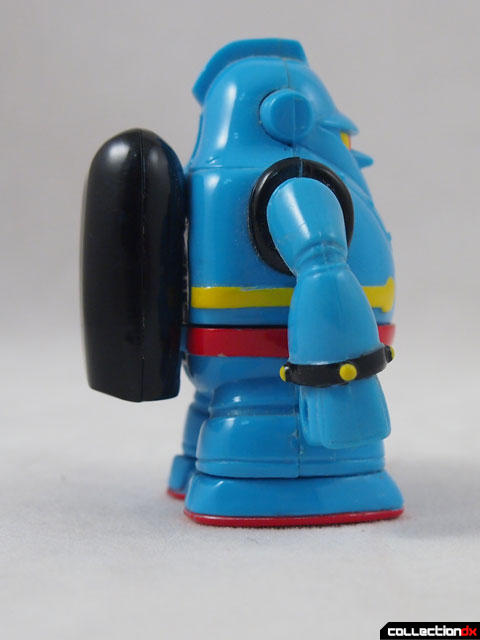 In robot mode he doesn't do much. The arms move. 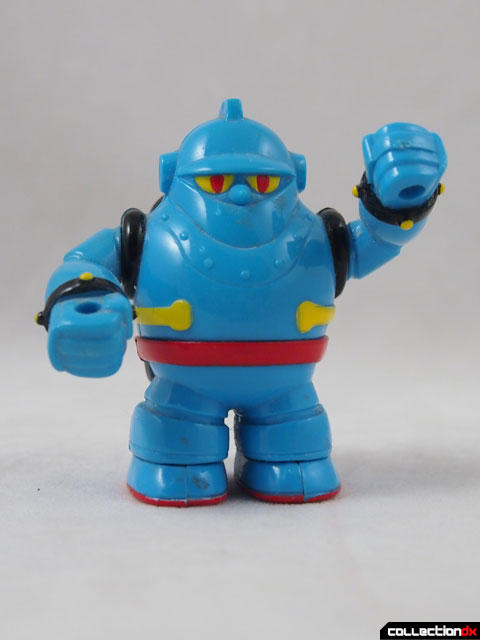 You can split it in the middle and reveal the Choro-Q friction wheel. The back feet open up and small wheels come out. 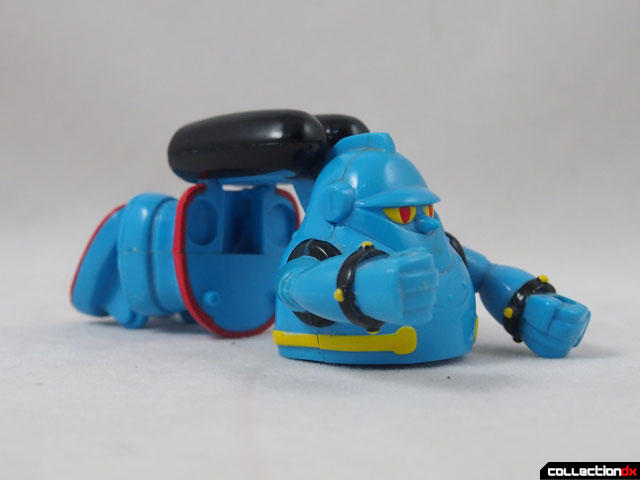 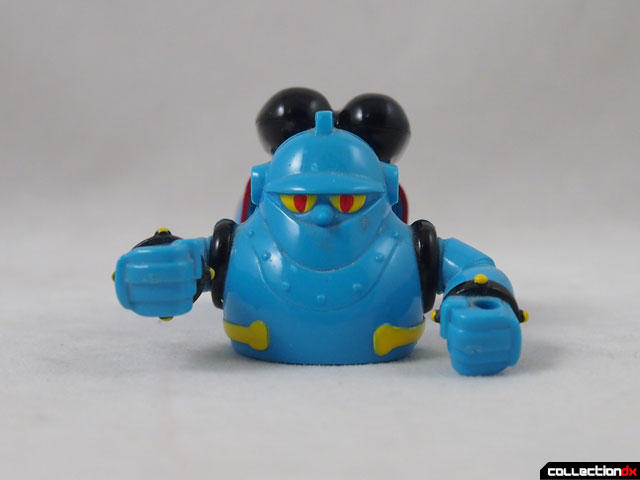 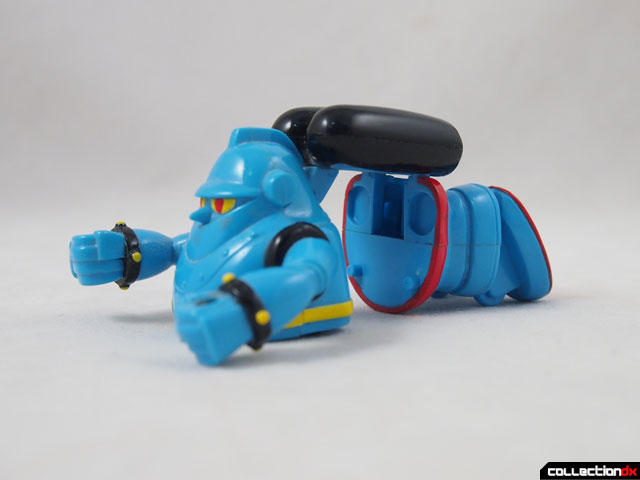 It's sort of stupid looking, but it is what it is. Another entry in the never-ending sea of Japanese novelty character toys. 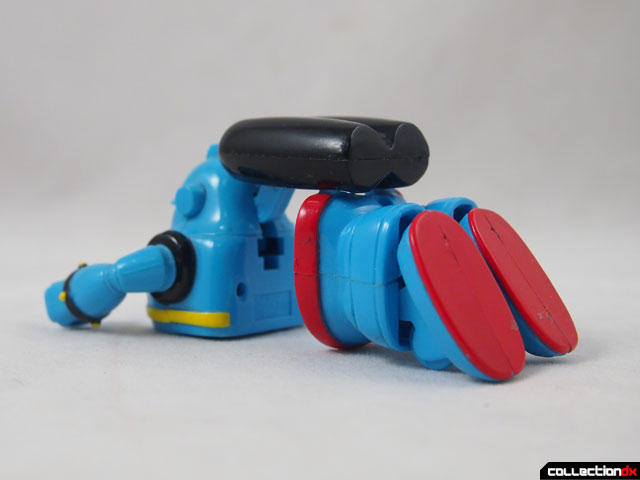 do the legs unpeg from the rocket pack at all? it looks like the pegs can go into the holes on the back of the torso. If not, that is a horrid flight pose...