Two years or so ago I was scouring eBay trying to find a "World's Greatest Monsters" Rodan (aka "Radon" or ラドン) for my Jumbo collection. I only had a slight interest in vinyl kaiju at the time but I saw one listed under Rodan that caught my eye. Marmit's Gallery Rodan from their line of vinyl ParaBaies had a look to it that I had not seen in any other Rodan toy. It was somehow cute yet menacing at the same time, a perfect cross between the old school vinyl look of vintage Bullmarks and the later more realistic appearance of Bandai's Move Monster series. I really liked what I saw. Yet, for some reason, mostly my desire to not begin another hobby, I decided not to buy it. The toy sold for $55 and I tried to put it out of my mind. 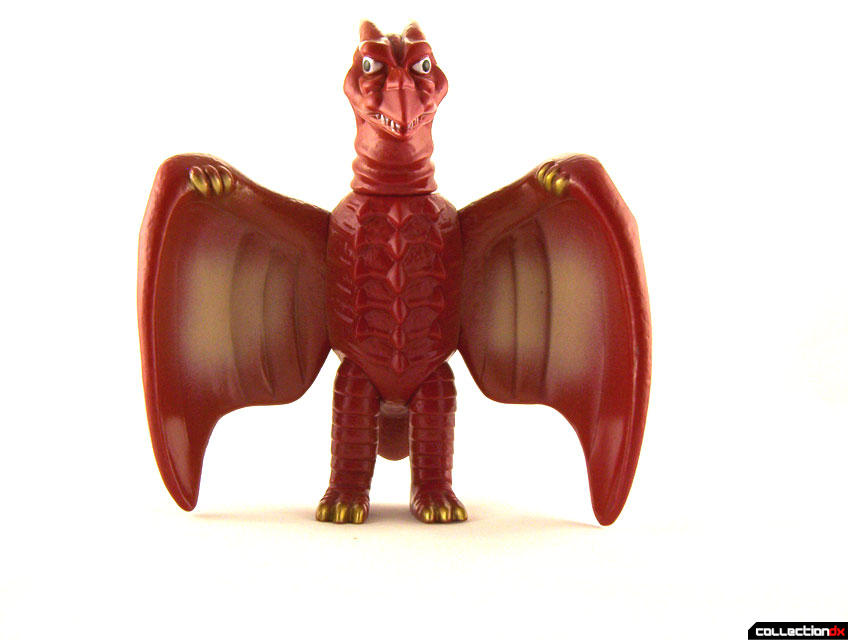 But alas, in my subsequent searches for the jumbo Rodan, I began to realise that I was looking for this toy as much as that one. I was forced to face the fact. I had to have it. I quickly added Rodan to my Yahoo!Japan search (technically "Radon" as he's called in Japan) and figured it would not be long before I'd corrected my mistake of not buying this guy. Wrong. It turns out this particular version of the toy was an exclusive and didn't seem to show up very much. I began to worry that I'd made a big mistake and that the next time it showed up, I'd have to pay big bucks to get it.

Fortunately, I was wrong again. A few months back another specimen showed up on eBay, with a starting bid of only $29.99. I intently watched the auction and on the day it ended, I could not be home to bid. Panic set in. I did something I'd never done before or since. I went to a total strangers house and asked to use their internet. Desperate times call for desperate measures, after all! 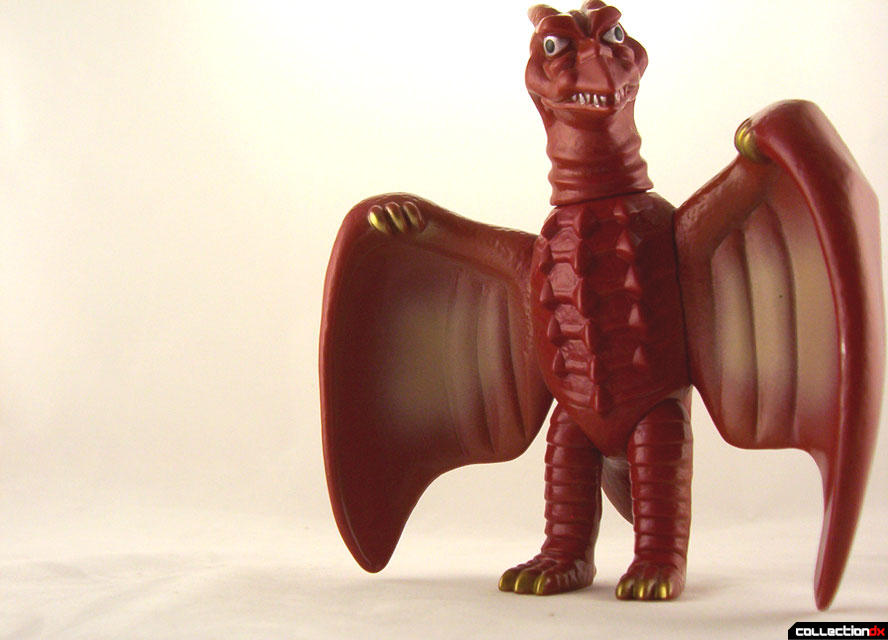 I placed the bid and left. To my shock and joy, no one else bid! This beautiful toy for only $30. What makes this toy beautiful? Perhaps it has to do with the position the wings. With the arms held up and the wings coiled in, Rodan has a bat-like look to him, like Dracula hunched over his prey. The gold paint on the claws of both the hands and feet look nice against the red of the body. The sculpt of the head and chest are also quite appealing, imo.

As with all the toys in the ParaBaby line, Rodan comes with a second vinyl, a smaller version of himself in flight mode. 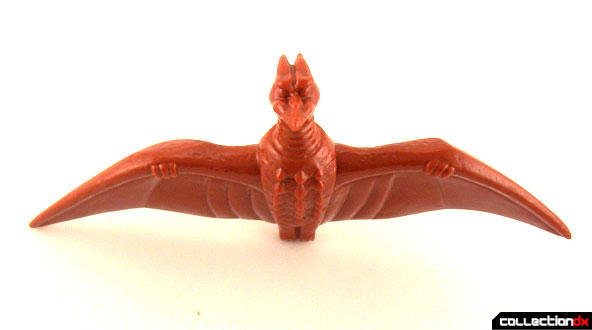 The Marmit Gallery Rodan stands a shade under 7" tall with a 6.5" wingspan. The wingspan on the smaller vinyl is 5.5" and it stands approximately 2.5" tall. Both toys were sold together in a bag and header card. 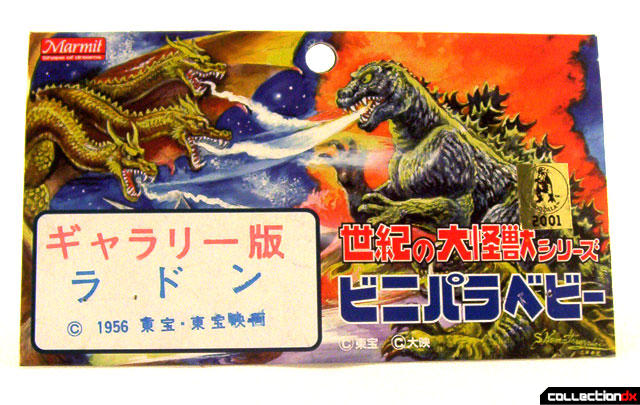