The Phoenikon DX Web Knight transforms from a Phoenix, to a bullet train, to a weapon. 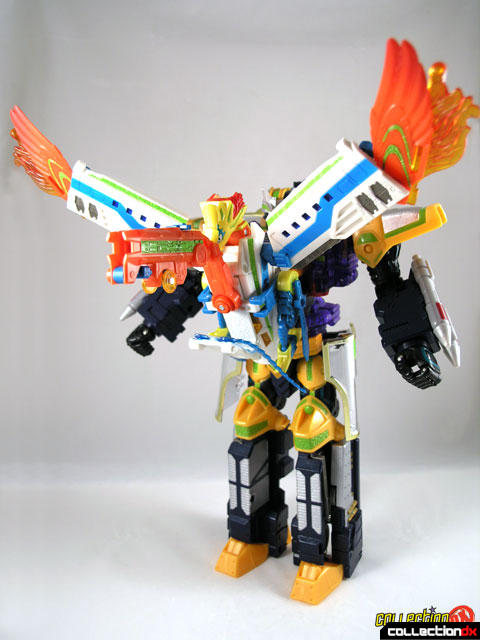 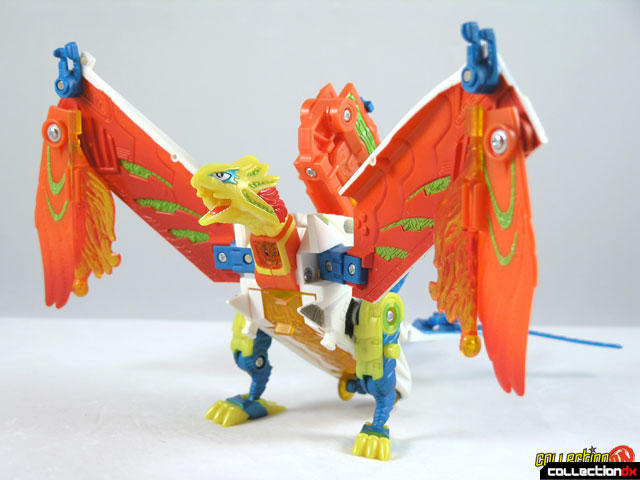 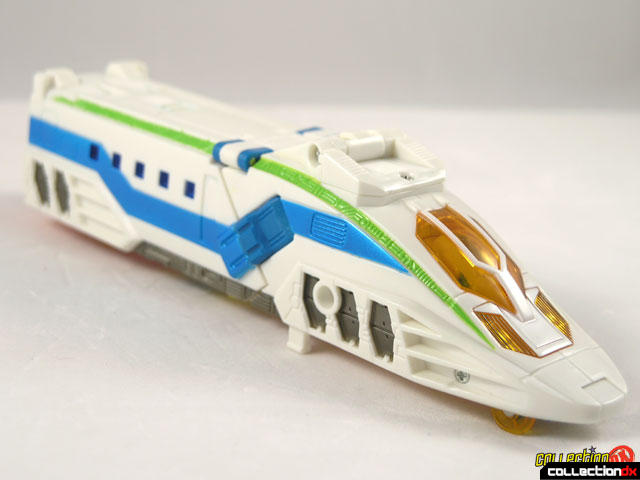 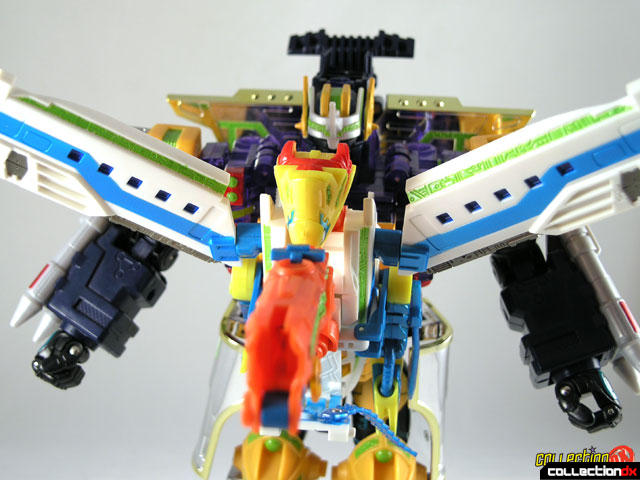 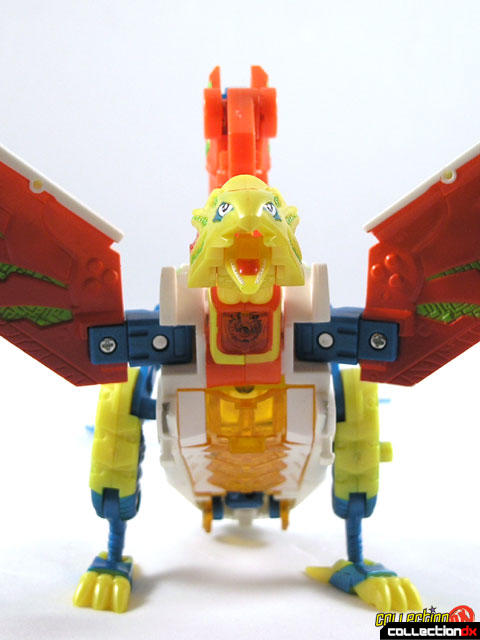 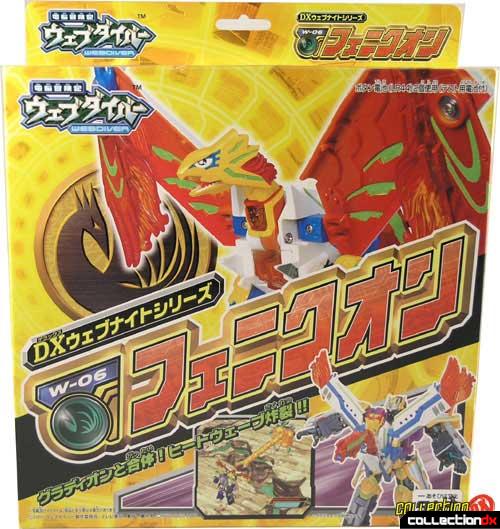 The main idea of Web Diver is that Gradion, the train robot, is also a video game. You can plug him into a TV set to get 16-bit videogame fun.

That's where Phoenikon comes in. In his weapon form, he attaches to the chest of Gradion via 2 clips. He then becomes a giant cannon that materializes in the game.

In train mode, it's about 6 inches long, and rolls on the ground. It has a hook to connect to other train cars, but I don't think any were made, aside from Gradion, who is grossly out of scale.

In Phoenix mode, it has a 8-inch wingspan, and it can hold 2 flaming missiles on its wings. The missiles can launch from the orange cannon on its back. There is also a button that activates the LED that connects it with Gradion. Oddly, there is also a removable sword stashed in the center of the tail, but Phoenikon does not seem to have a place to grab it.

Not a bad toy, not a great toy. Good if you have Gradion to connect him to.