This is a bootleg of the Metallic Metalforce Optimus Prime, originally released in Japan in 2000. A company called Timehouse made the original. It is unknown as to who made this version. 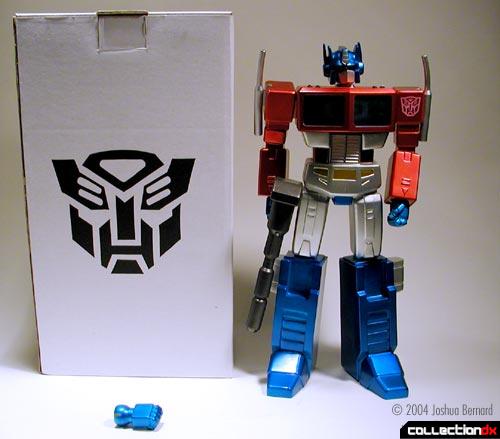 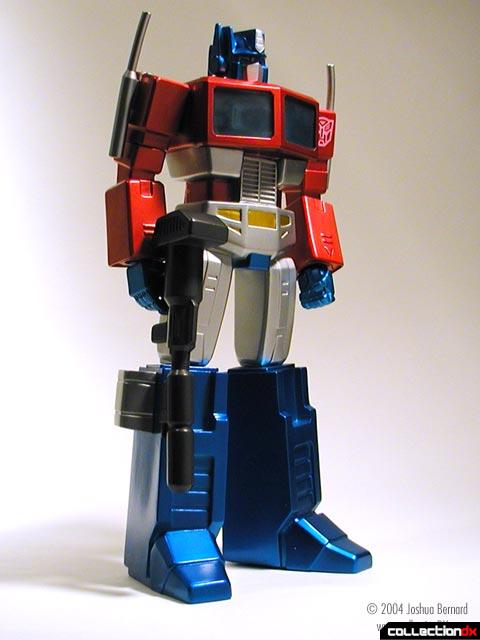 The toy is about 12" tall, and made of vinyl. It is reasonably articulated, including joints at the head, shoulders, biceps, wrists and knees. The chest window is removable and so is the matrix of leadership inside. Optimus Prime also comes with a gun and an extra hand. 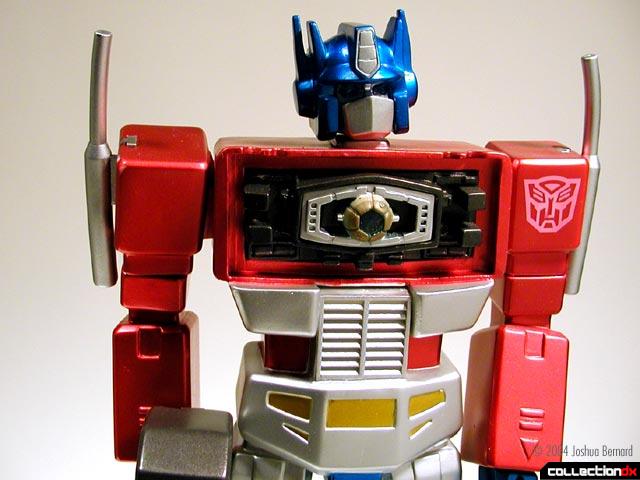 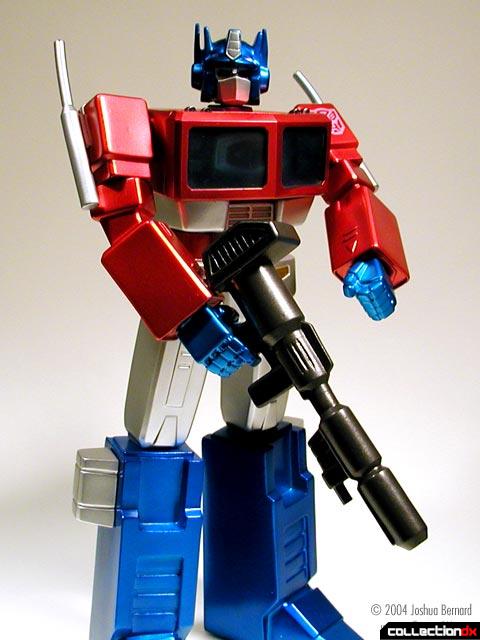 As bootlegs go, this is not really that good. The paint is nice, but the parts are molded badly. The head is considerably warped. The head is actually 2 pieces that you have to assemble when you first open the box. The stacks are droopy and the matrix is kind of warped. 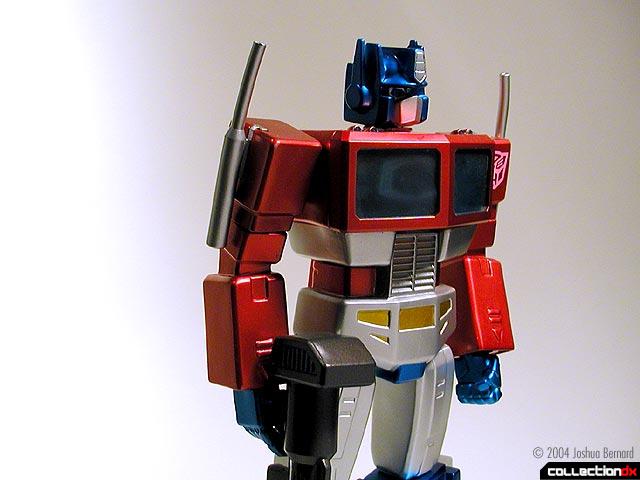 These bootlegs come in a plain white box with an Autobot logo, and usually run $20-30 on ebay. The original can cost 10 times that amount.

Save up your money and buy the original one. It is worth it.