Neo Getter gets no respect in the world of Getter Robo, with all the attention going to his brother, Shin Getter. But here's a tip, Neo Getter is the better toy. 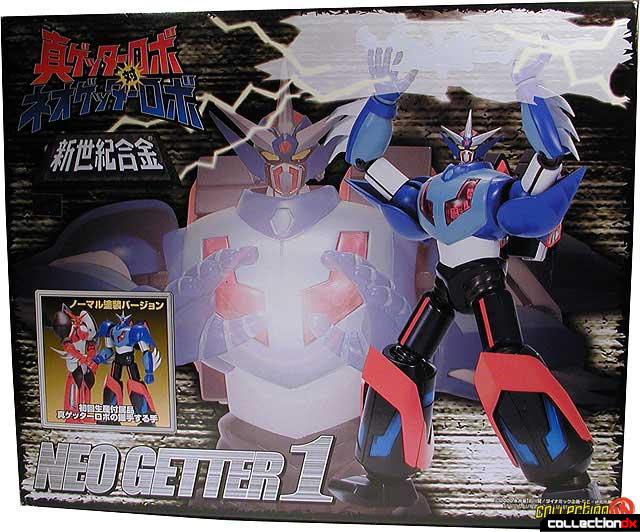 Both toys have diecast construction, clicky joints and immaculate paint jobs. But Neo Getter wins with all the cool gimmicks. 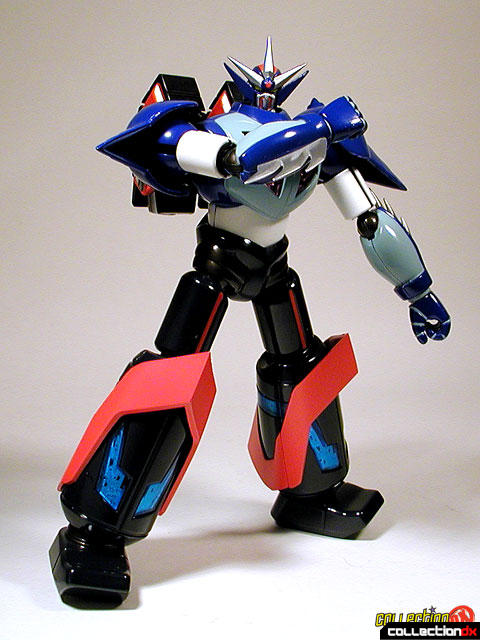 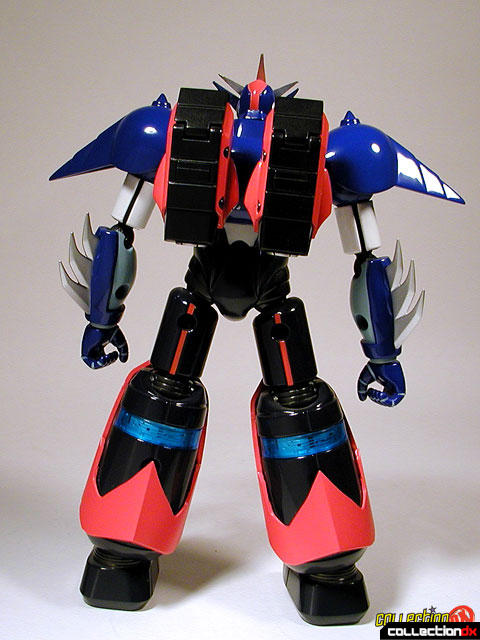 First off, Neo Getter has chain fists! That's right. A hollow alternate set of forearms houses a long chain attached to the fist! Pull the fist off and the chain extends. it does not fire, unfortunately. 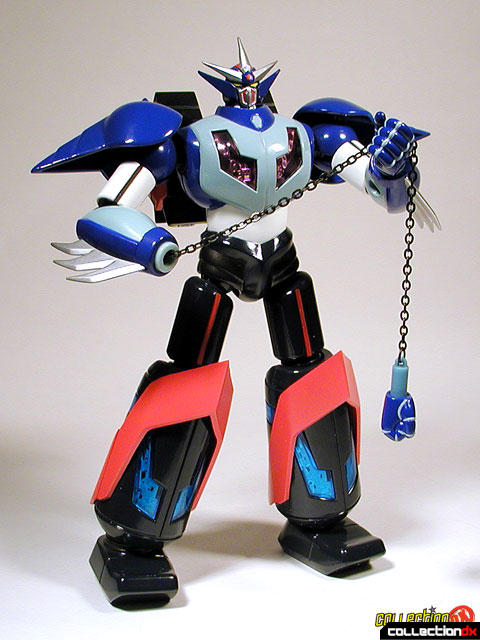 Neo getter also has a feature that most modern chogokin have been lacking - firing missiles! The two tread banks on the back open up to fire spring loaded missiles. They aren't the most powerful missiles in the world, but they do fire! 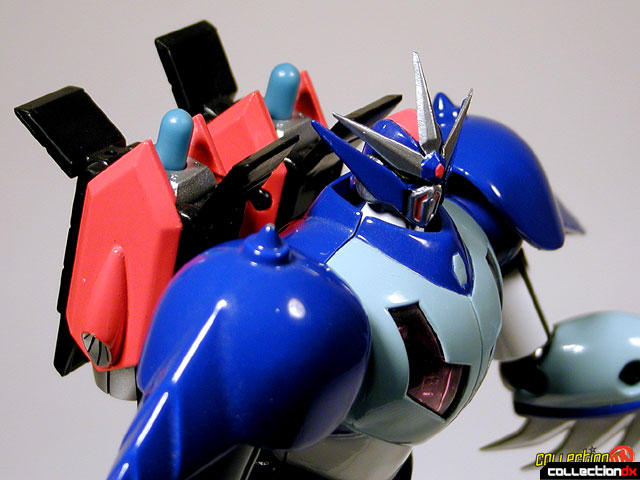 Also, Neo Getter comes with a unique energy bolt that he can hold above his head, to replicate the effect in the anime. 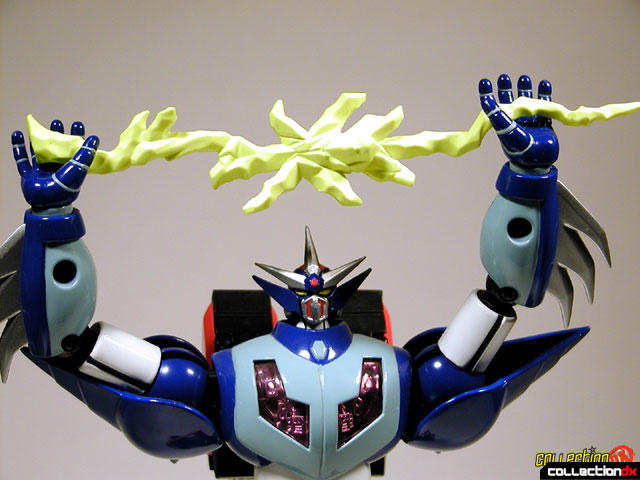 Other accessories include an alternate set of hands, and special handshake hands for Shin Getter, so Shin and Neo can shake hands. (Mazinkaiser can shake hands as well. They're awfully friendly). 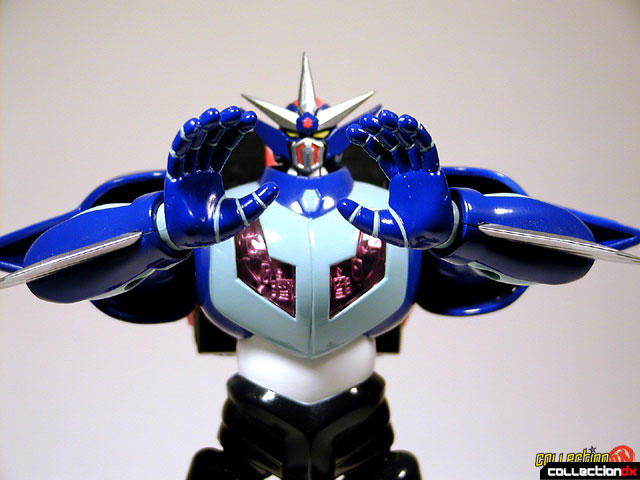 Aoshima produced several different versions of this toy. Here's a guide to the toys and their differences:

Lately I'm finding myself searching out these older gokins over their contemporary Gokin offerings. New stuff like Bandai's SRC line is better articulated and engineered, but their size is diminutive, and unlike older Gokin toys, they really don't at all feel special. I'm curious to see if in the near future there will be a renewed interest in these older toys.

I've gotta say, I've enjoyed my recent purchases of Aoshima's Getters over anything I've bought in the SRC line. It's too bad that if someone wants a 'real' modern Gokin toy, they've basically gotta go the high-end route with something like Fewture's (over priced) EX Gokins.

These older "new wave" gokins were fun enough, but they lacked the refinement of Bandai's SOC line. The closest equivalent I can think of now is the Fewture EX gokin line - not the huge diecasts, but the smaller Transformers Diecast, or the recent CM Corp's ones.

I got a couple of Aoshima Getters from an HLJ sale a few years back. When I opened up the New Getter 1, his head was entirely covered in melted styrofoam :P I managed to scrape most of it off, but boy that was annoying!