Hightower is one of four robots that combine to form Landfill. He is a slightly modified version of the Japanese Build Cyclone, part of the Build King team. 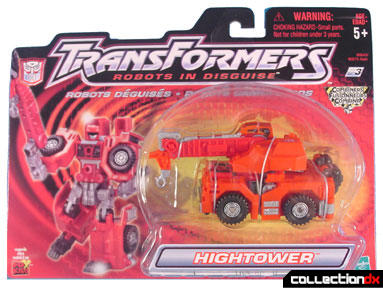 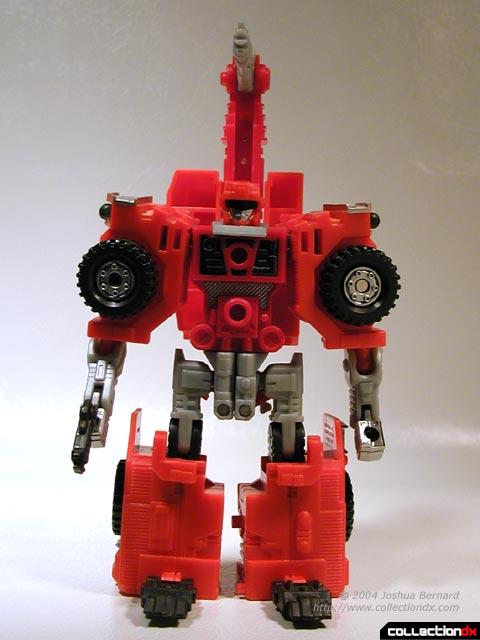 Hightower is a red crane in vehicle mode. The crane can swivel, and you can lift the back out to reveal a machine gun like weapon. Like all toys in the Robots in Disguise line, it's an interesting combination of Beast Wars style articulation with classic Transformer detail. 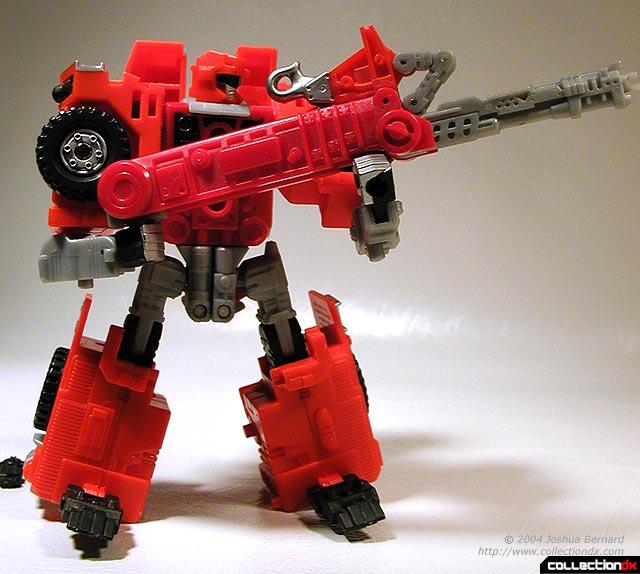 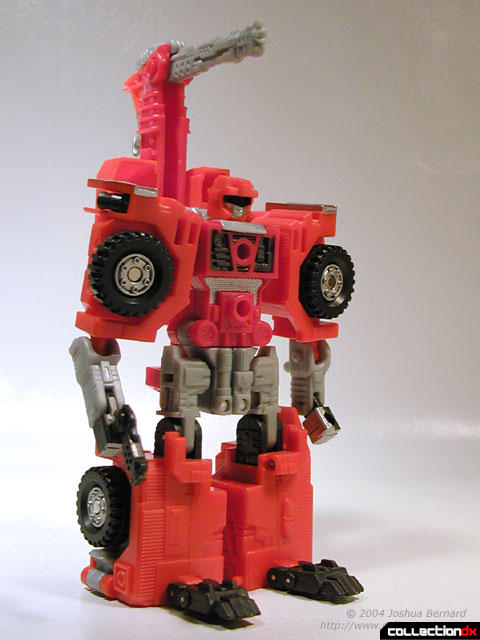 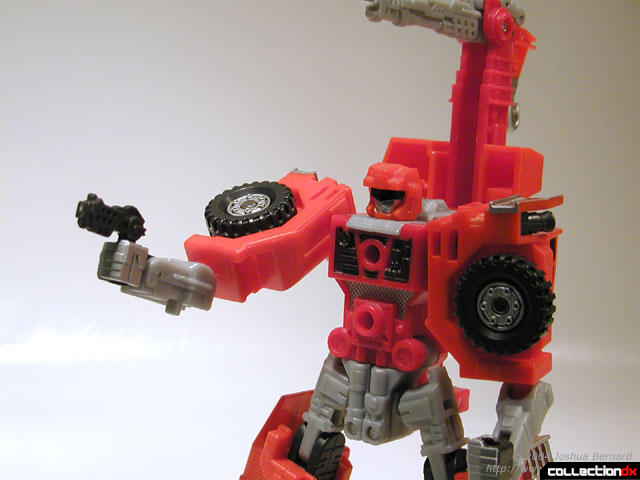 These two robots, Heavy Load and Hightower are the best of the Landfill robots. they have great proportions, simple transformations, and can achieve a variety of poses. Hightower also includes a handgun that is stowed in the cockpit, but it is the large gun that really compliments this figure. He looks strong, without sacrificing articulation. A remarkable figure. 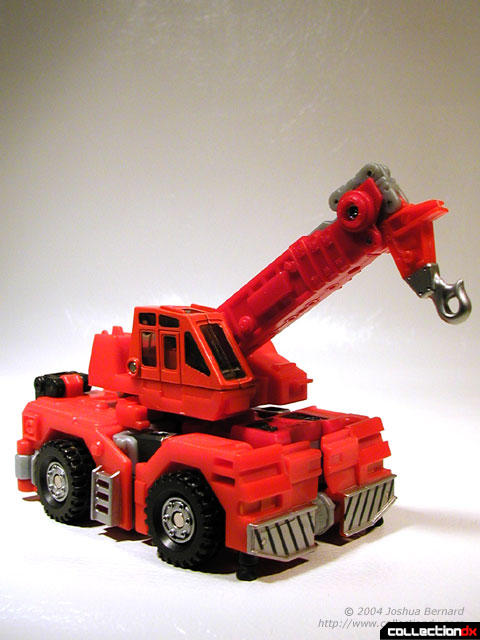 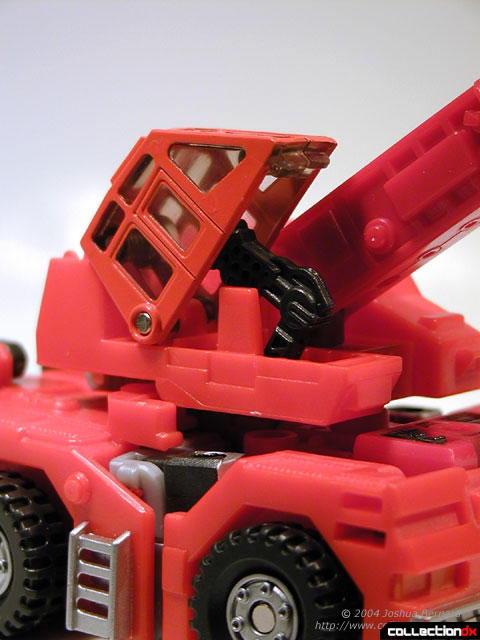 Hightower is a vital component of Landfill, forming left leg.