This is one of those toys that makes me really glad I don't actually live in Japan. I picked this up at one of the consignment shops at Nakano Broadway for about 2,000 yen. If I had treasures like this at prices like that available to me everyday, I'd be completely destitute in a matter of days. It's particularly frustrating since until buying this, I never had any desire for the removable mask style of hero vinyls. But you know how it is, once you get one...... 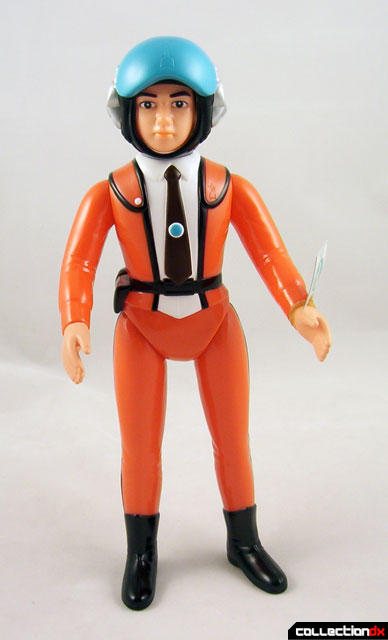 This character is Hayata (ハヤタ隊) from the classic show "Ultraman" (1966-1967, 39 episodes). The essence of Ultraman was merged with Hayata and is released to fight evil whenever it threatens. Though Hayata and Ultraman are two different beings, Hayata is kind of like Clark Kent in a way.

This vinyl was released by M1-go in 2001 and while it's somewhat plain, it has an undeniable charm. It's simple colors, unthreatening stance and clean cut looks harken back to a more innocent age. Most toys these days, good guys and bad, look like they wanna rip your face off. Hayata looks like he'd offer to carry your groceries home. But he is in the business of fighting monsters so he does carry a weapon, a small pistol on his waist. But he doesn't actually use it since it is molded in place. 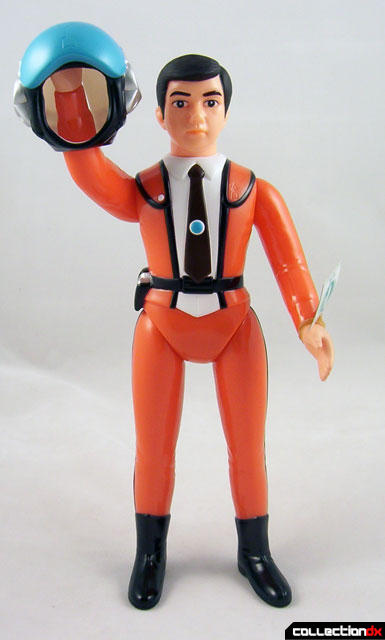 As I mentioned before, Hayata has a removable helmet. It seems made out of a very flexible rubber and has a slit running up the back to allow it to be more easily put on and taken off. 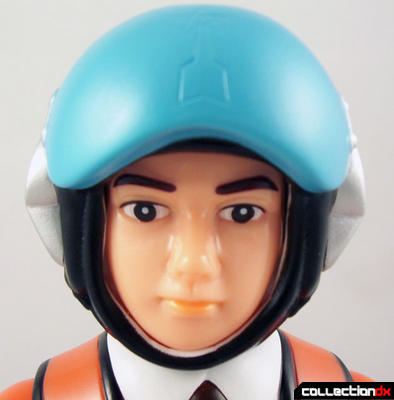 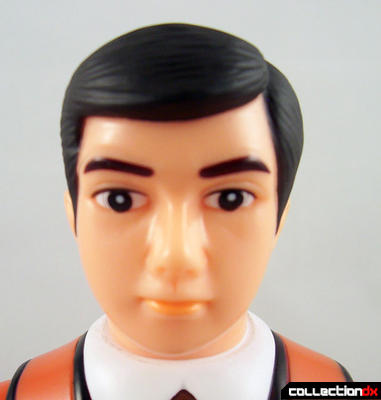 This vinyl figure stands just a hair shy of 10" tall and is articulated at the neck, shoulders and hips. The vinyl feels solid and the paint job is sparkling. Hayata came sold in a bag with a header card and also features an M1 card fastened to his left wrist via an elastic. I don't foresee at time in the near future when I'll be going out of my way to collect this kind of toy. But this one looks really nice and should I stumble across any more at a reasonable price, you can bet I'll not hesitate to expand my collection! 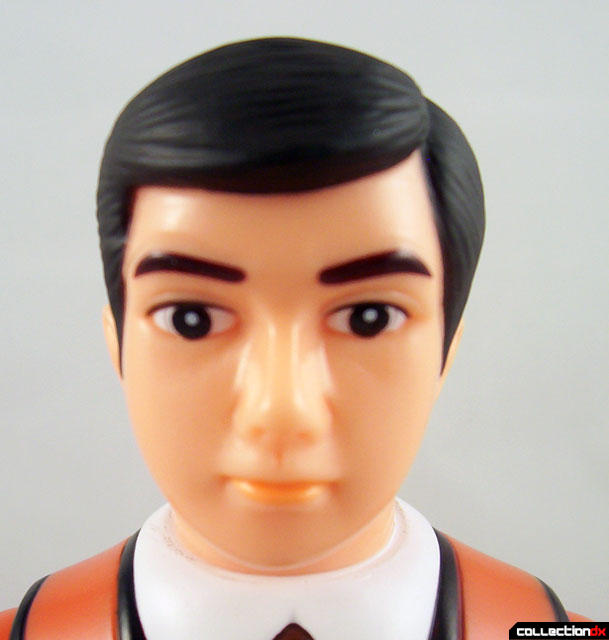 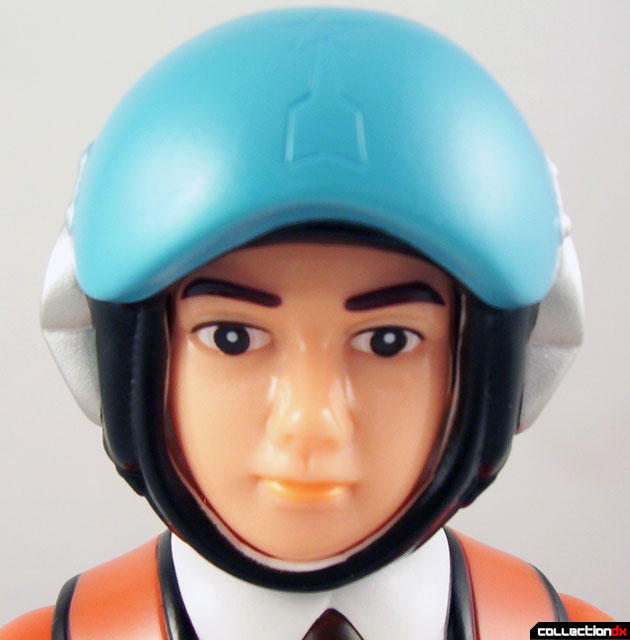 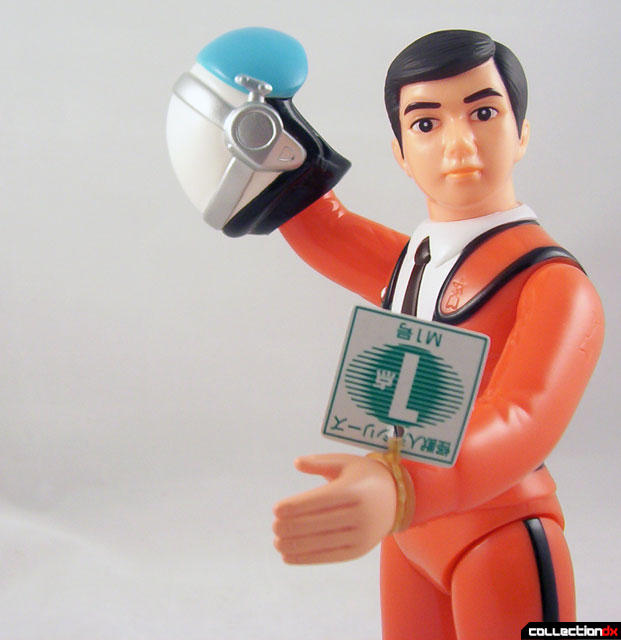 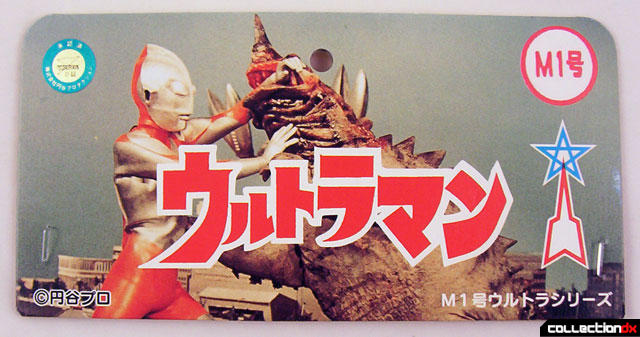 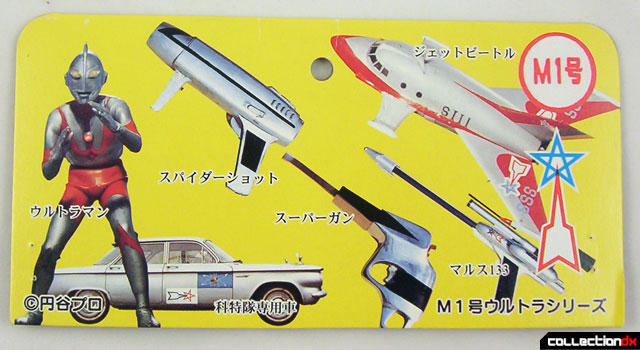 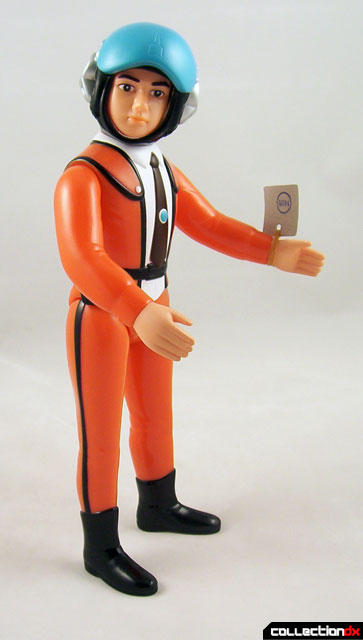 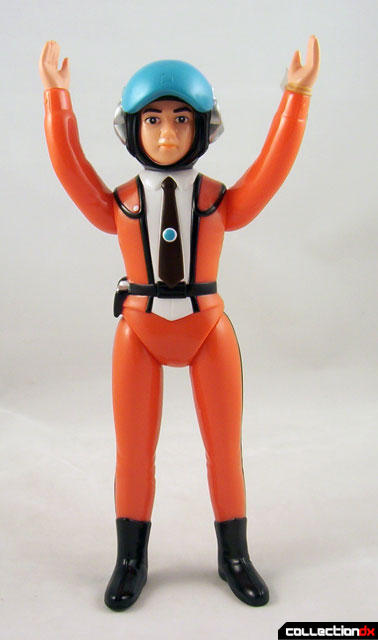 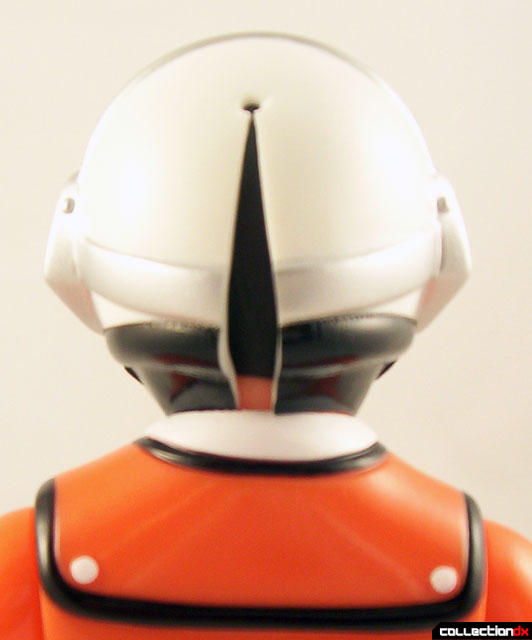 Reminds me of my Captain Max figure.