Sideshow's 8" Dracula figure, released in the summer of 2001, was the first toy to be officially sanctioned to feature the actual likeness of Bela Lugosi as he appeared in the 1931 horror classic "Dracula", directed by Todd Browning. The toy looks very accurate and does a tremendous job of evoking the same sense of dread that the movie did. Looking at it makes me flash back to the early scenes of the movie, just arriving at Castle Dracula. 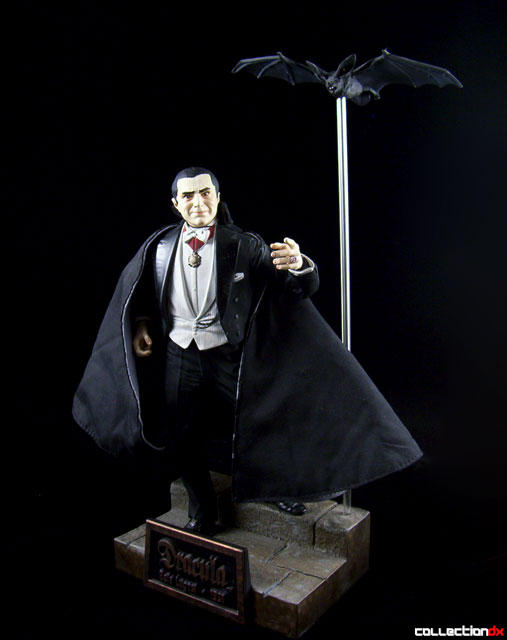 There are 8 points of articulation on this one (head, waist, shoulders, elbows, wrists), but none beneath the waist. It is permanently fixed with one leg stepping up onto the stone base. This makes for a great image, but naturally limits poseability.

The bases are modeled after the stone floor of Castle Dracula and features the usual engraved nameplate, but also a clear pole on top of which is attached a flying bat. Dracula wears a cloth cape which is attached via a small string that must be tied off around his neck, and also carries a candlestick.

This toy was released in the fifth series of 8" Universal Monsters and was not released in any other variations. 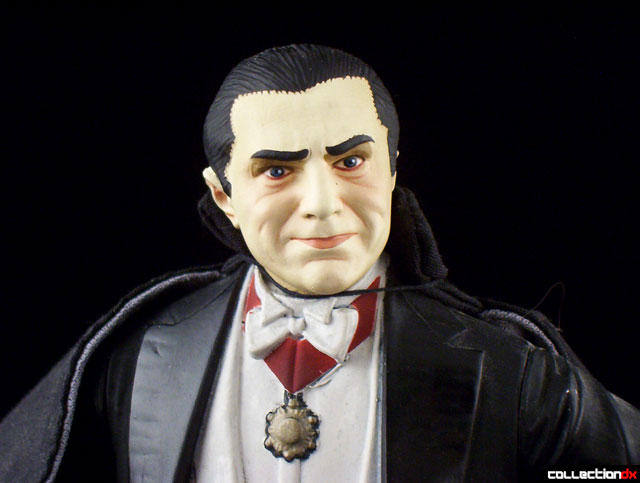 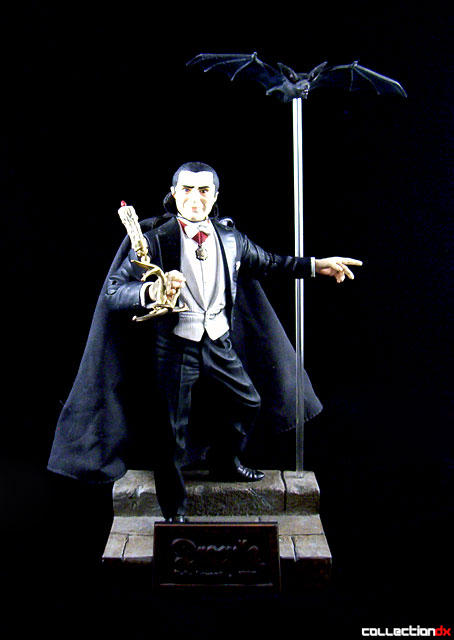 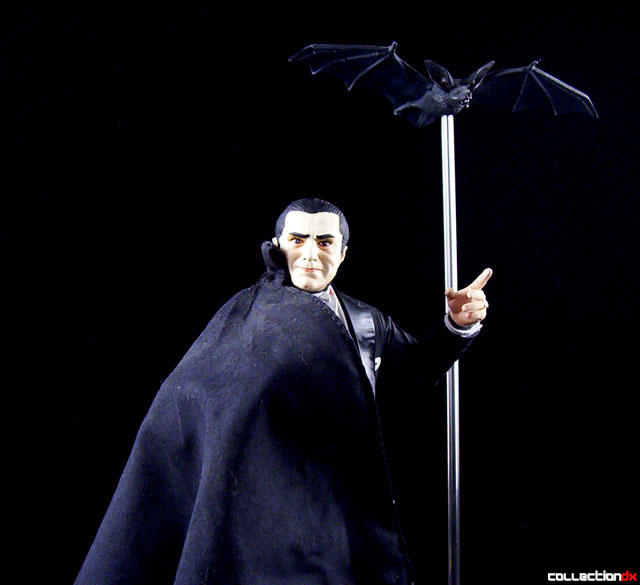