This Destoroyah is from Bandai's Movie Monsters line. These were released in Japan in 2001, and some made their way to comic shops in the USA in 2002 (I got mine from Newbury Comics). 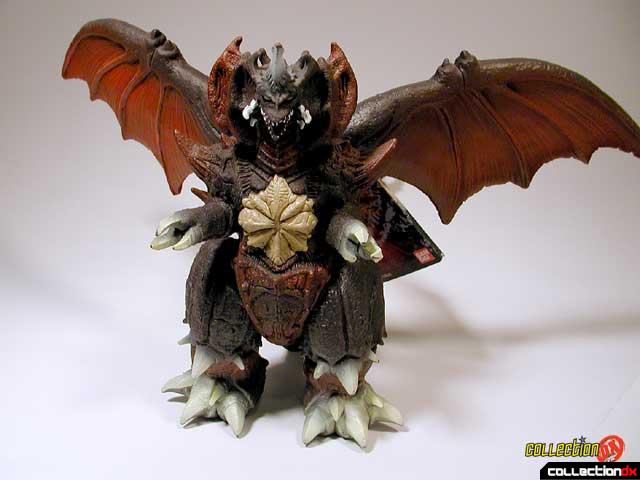 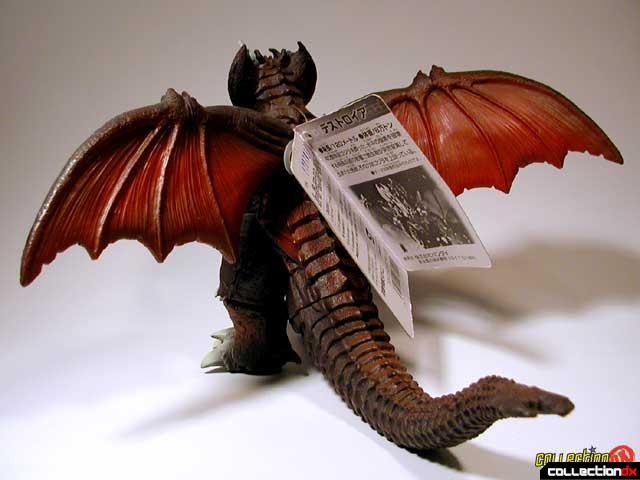 It's a slight recolor from an earlier 1998 release. The figure is about 6" tall, vinyl, and has articulated wings and legs. Destoroyah is made out of soft vinyl with a fantastic paint job. 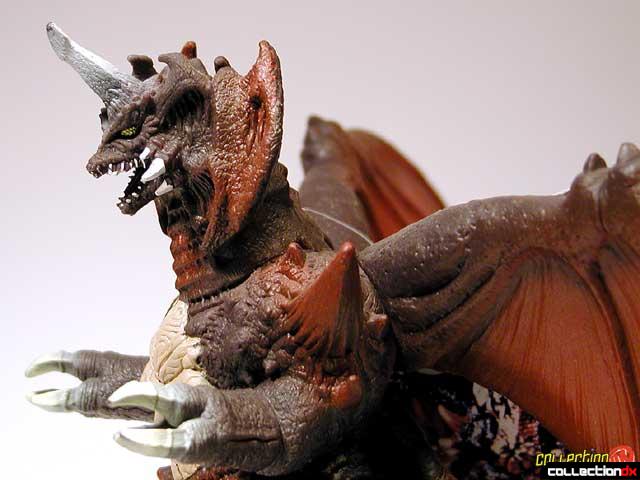 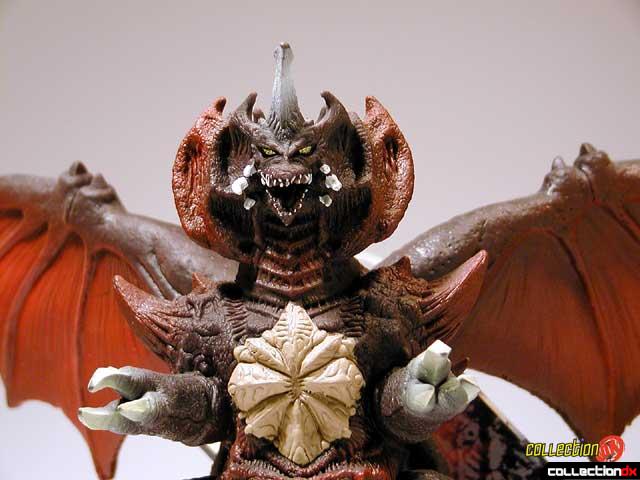 It doesn't do much besides look cool.

If you're into Godzilla vinyls, you should get this. If not, it will probably bore you.