1954's "The Creature From The Black Lagoon" is one of the most beloved monster movies of all time and it's star attraction one of the most popular monsters for fans to collect. This is arguably the most popular entry in this line of toys. For me though, I find it slightly disappointing. Make no mistake, it's a nice toy, but something about it seems off. I think it's the hips. They seem really too wide to me, and it gives it a sort of "old man" look. Furthermore, the articulation at the shoulders only allows for an up and down movement so that the arms are constantly close to the body. The sculpt and paint everywhere else is great, but the effect is somehow less menacing than it could be overall. 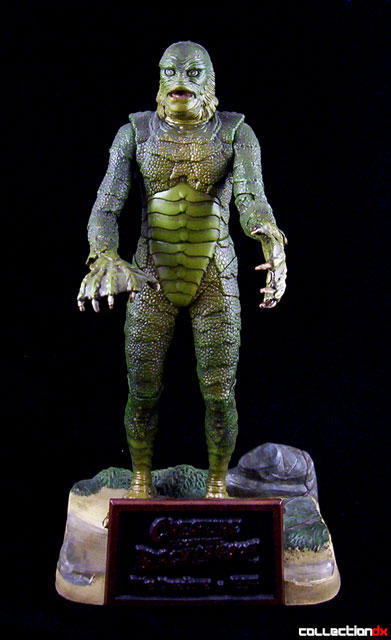 Another thing that slightly bugs me is the nameplate on the base. Beneath the title of the movie is "The Creature". Now most people DO refer to him simply as "The Creature", he was originally referred to simply as "The Gillman". Since the word "Creature" is already in the title, I think it would have been cooler to have "The Gillman" written underneath. That way you're covering all your bases. Still, this is a very minor complaint and the base itself is actually one of the better ones in the line. It features the shore of the lagoon with shrubs and rocks and even has a clear plastic front for water. You can see more rocks and such beneath the water, which is cool since the "Black" Lagoon is actually crystal clear!

This figure has 12 points of articulation at the head, waist, hips, knees, elbows, shoulders and wrists. In addition to the base with nameplate, it also comes with a spear gun and net as decorative accessories. It is from the second series of 8" Universal Monster figures and was also released in glow in the dark as well as clear green plastics. Despite my minor gripes, I do recommend this toy to monster fans. And anything that is wrong with this toy, Sideshow corrected in a BIG way with their 12" version of the character! 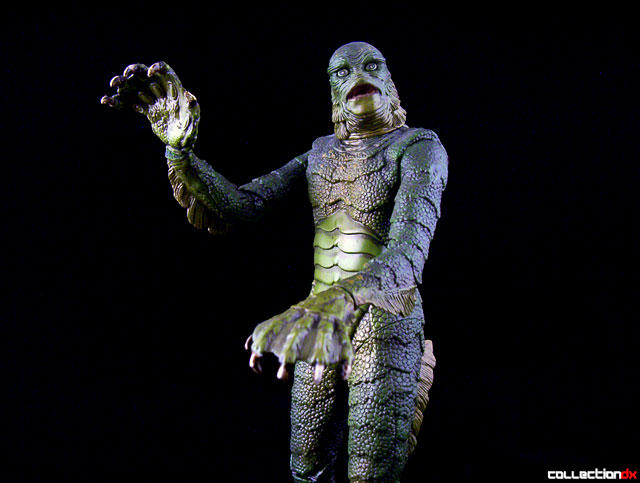 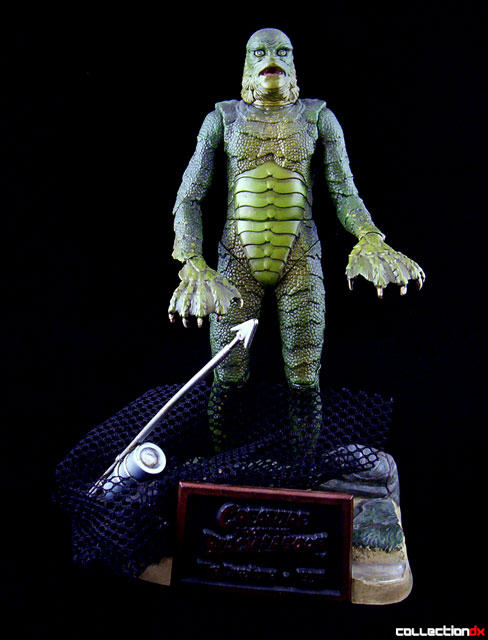 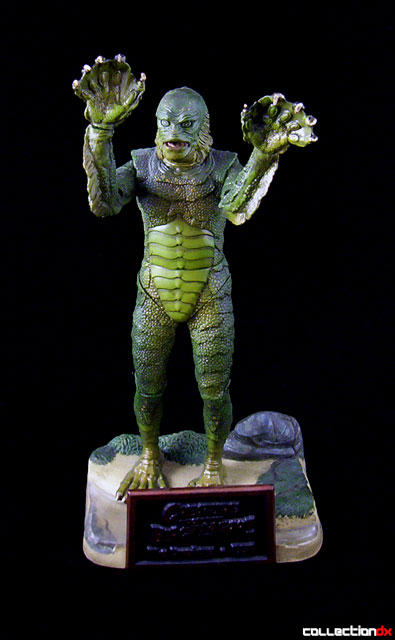 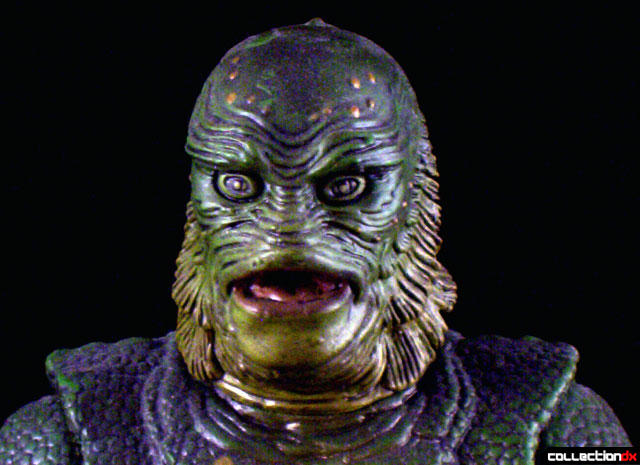 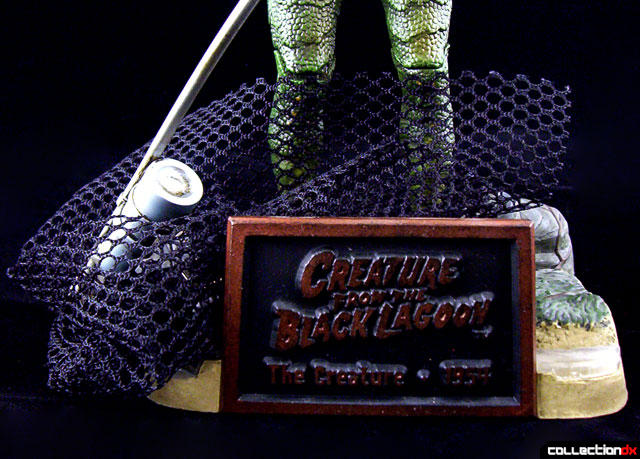 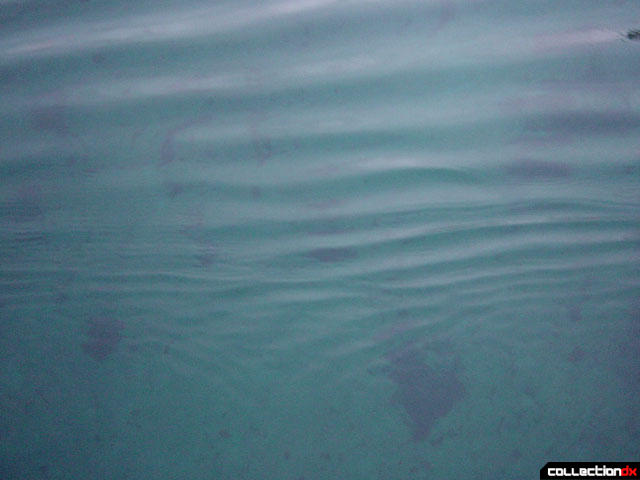