Adam reviewed the regular version of this toy years ago so there’s not much new to say about the toy itself. 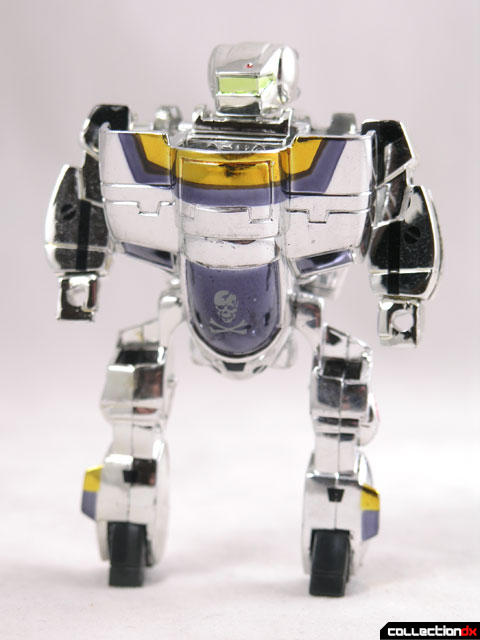 The packaging, however, is pretty awesome. 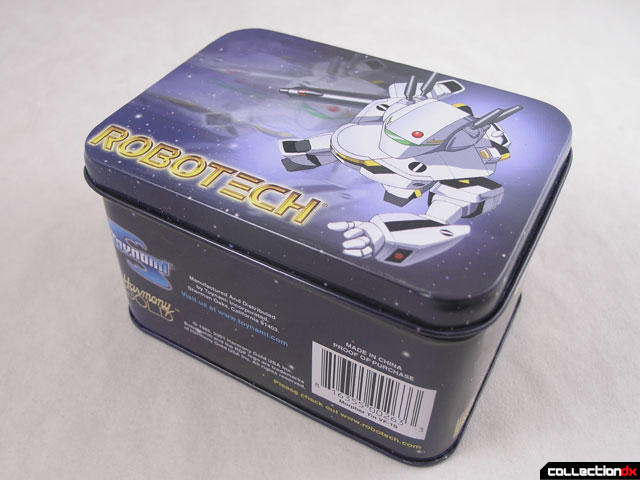 Toynami has always done a great job at packaging, and this is no exception.

The Toynami  SD Chrome Morpher was a Previews exclusive item back when that meant something. This is the same as the regular release, except it is covered in a cool chrome coating. Several limited chrome editions were released to different retailers, each with a different variation. 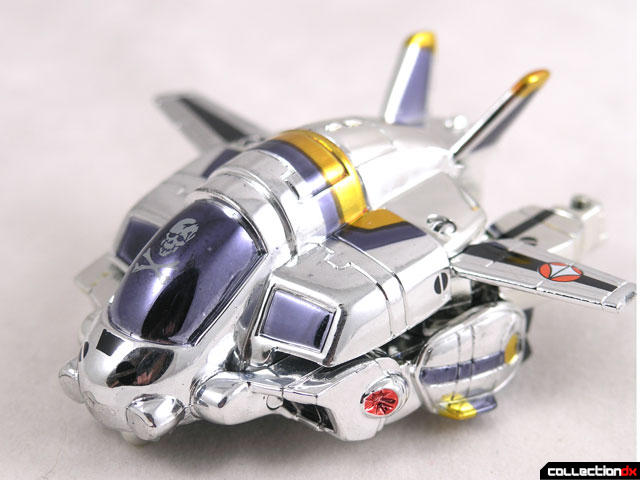 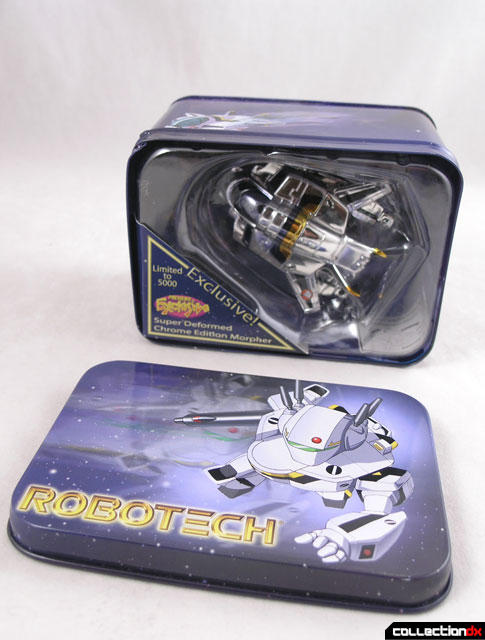 The toy comes packaged in a beautiful tin box with printing on all sides, both inside and out. 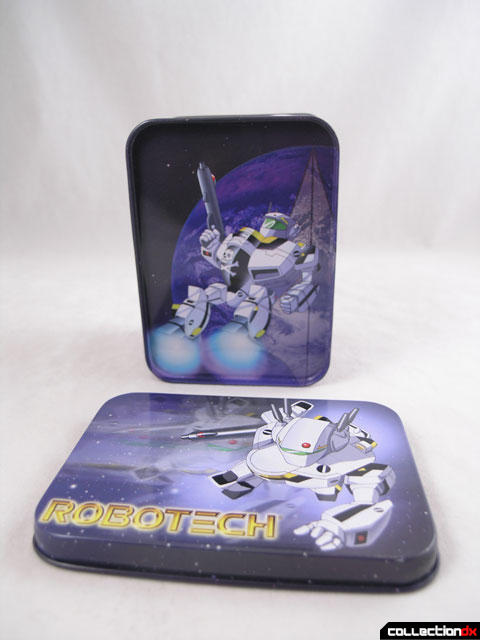 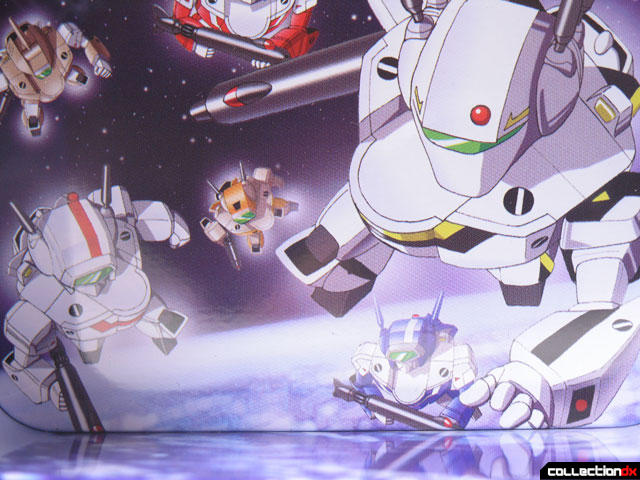 The toy is not a re-mold of the classic Paro Valkyrie toys, but is clearly inspired by it. The transformation is simple with only a fighter and battroid mode. 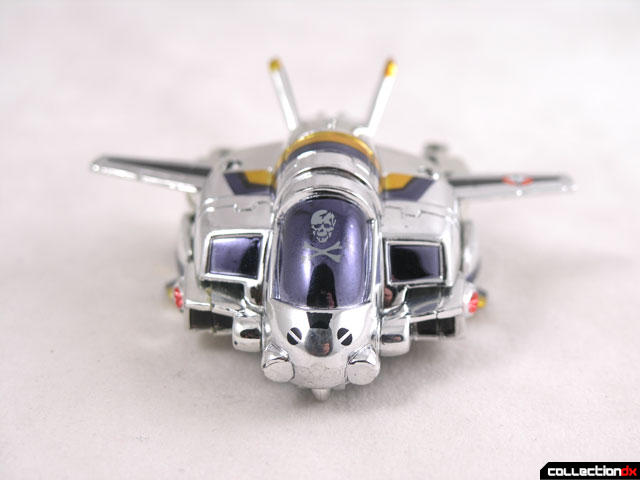 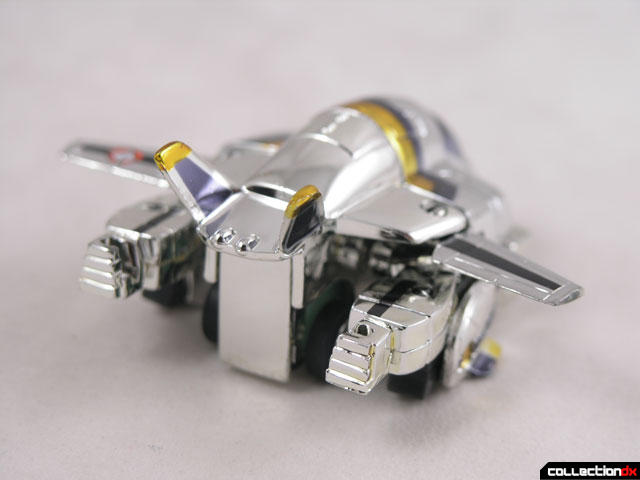 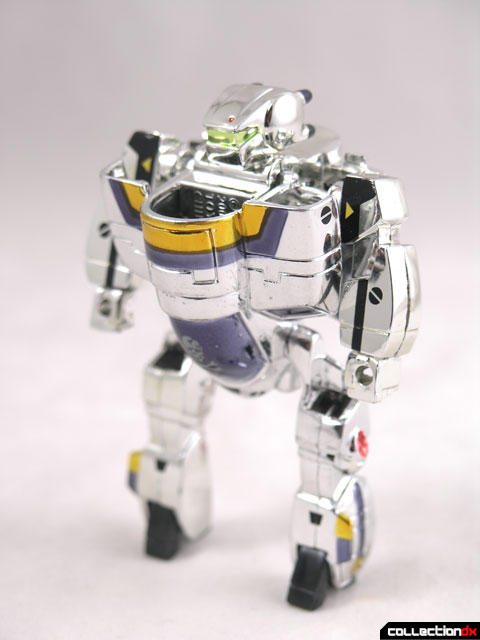 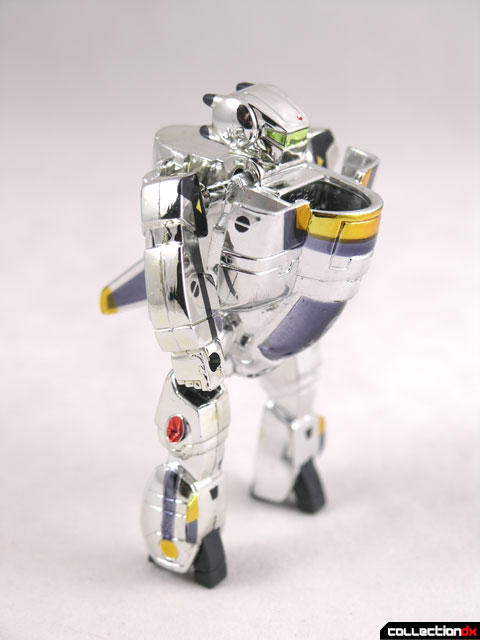 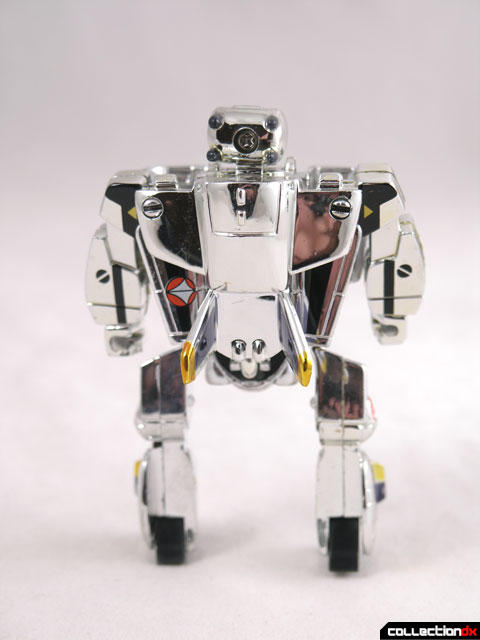 A gun is included, and for added play value you get a pullback motor. 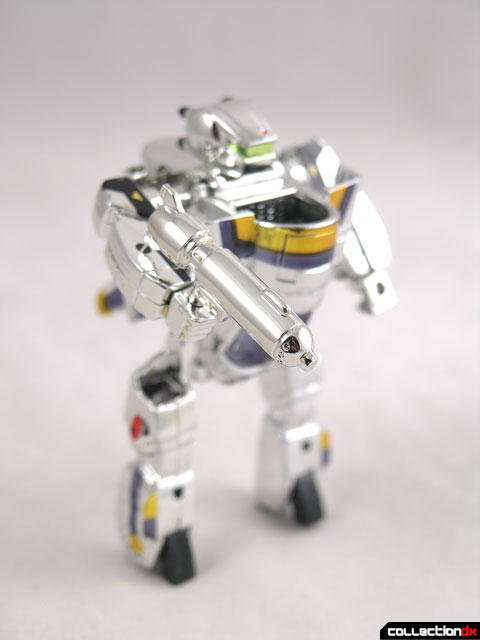 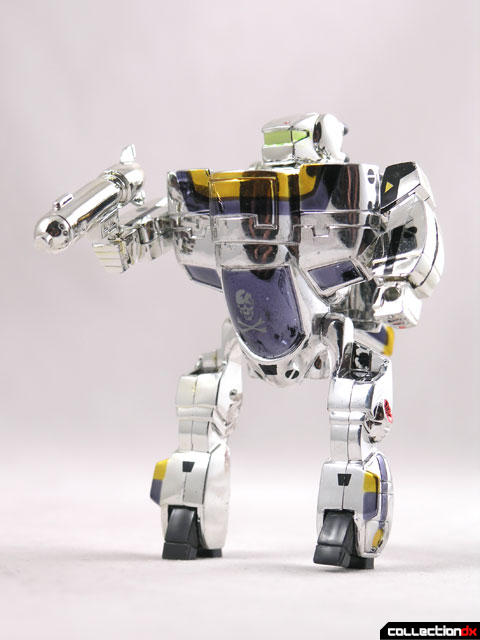 I get easily distracted by shiny things.

5 comments posted
Ha! I found one of those tins

Ha! I found one of those tins at a thrift store and I always wondered what it was for.

I was in middle school when Toynami started putting these out. I wanted one sort of, but the lack of a Gerwalk mode disappointed me and I never got one.

I had high standards back then.

So stubby.
So chrome.

This guy reminds me of those little guys who always wear gold chains, listen to bad techno, and pick fights.

I have one of these as well, the box is still wrapped up in the outer plastic baggie. The chrome definitely makes for a win here. Just stands out really well.