This Marmit Vinyl Paradise King Ghidorah (キングギドラ) is another vinyl I picked up in a bulk purchase. I was on sort of a vinyl kaiju binge at the time and wanted a Ghidorah that was predominentaly upright. At the time, the only other vinyl of the character I had was the realistic looking Bandai Big Size version. That's a very nice toy, but at 40cm long, the tail takes up a lot of space on the shelf. This one can stand in a group nicely without being a hindrance. It's only about 5" deep, in addition to being nearly a foot tall. 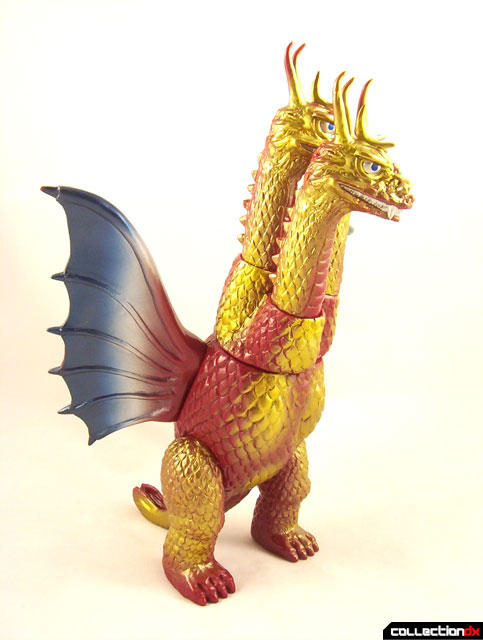 Unlike alot of my other vinyls, I think I like this one more when I actually pick it up and hold it, rather than lumped into a group or in pictures. I like the red and gold colors, but I could do without the silver and blue on the wings. They remind me of those old red, white and blue popsicles you could get from the ice cream truck back in the day (and maybe still can for all I know).

This version of King Ghidorah does have an interesting way of posing the heads. There are actually 4 points of articulation in the necks. Each individual head can be turned, but they all connect to one part which can also turn them all as a group. This is a nice idea, but it was takes away from the overall look of the torso, which now had a somewhat unsightly separation at this point. Besides the neck joints, you can also position the legs to your liking. The wings are separately molded pieces of vinyl, but don't move. The tail is also stationary. 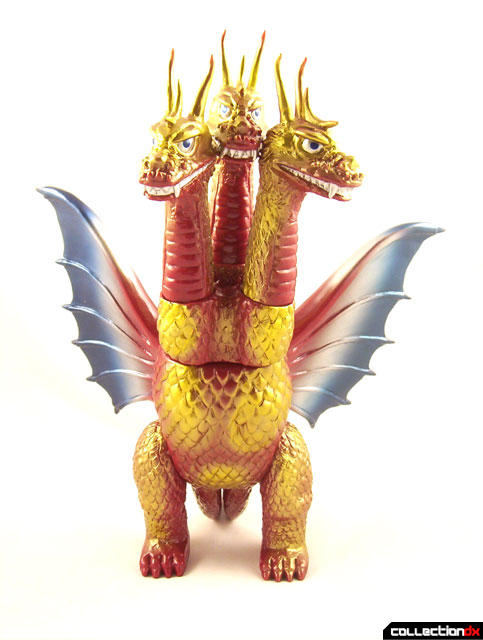 This came bagged with a header card and was sold exclusively at the 2001 Chiller Theatre convention. The vinyl is solid and while the paint job isn't bad, it doesn't really blow me away either. I can't complain much as I only paid $20 for this one. It's certainly a nice buy for that price, but if you have room for only one Ghidorah in your life, get the M1 Bullmark re-issue or the aforementioned Big Size Bandai if realism is more your thing. 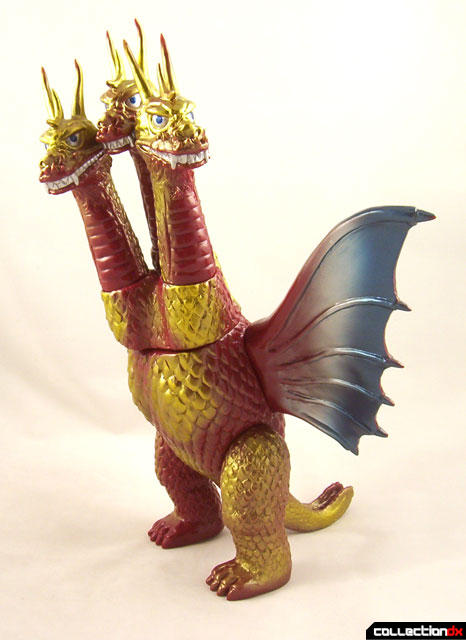 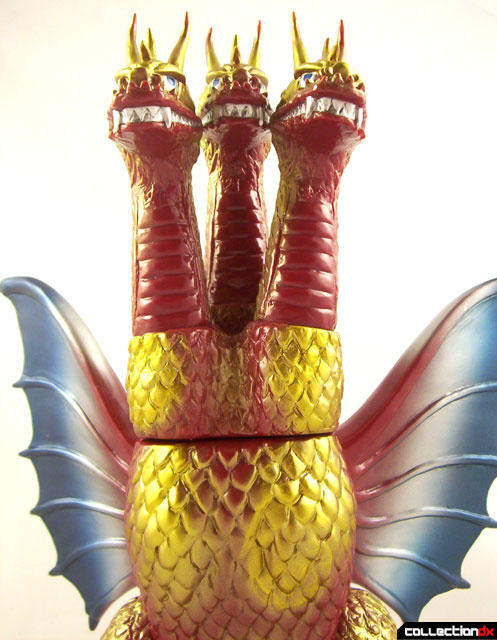 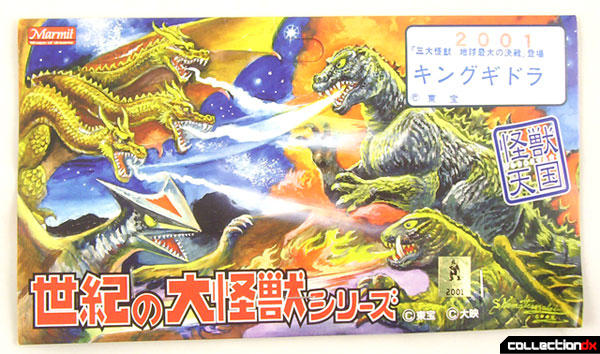 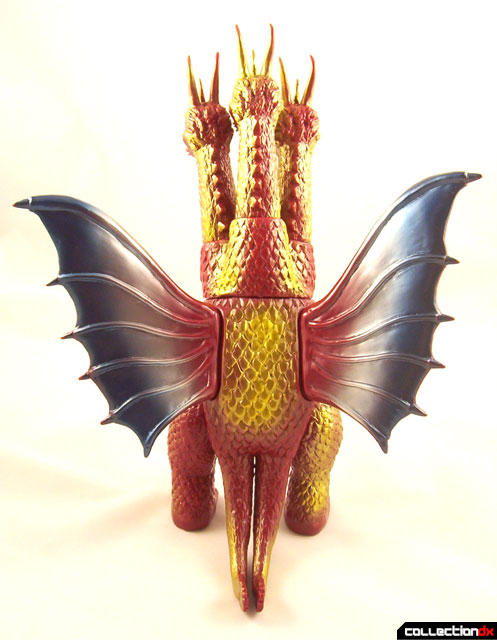 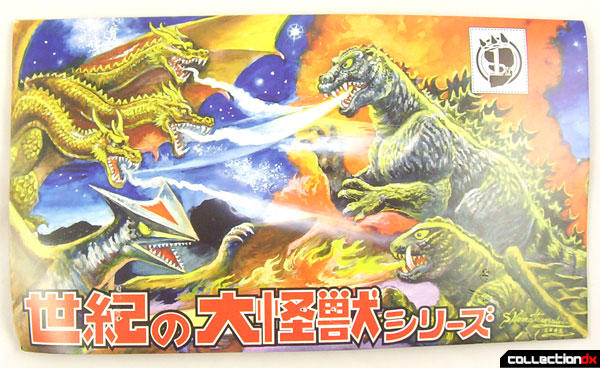