Junji Ito's manga series "Uzumaki" began being published in 1998 and finished it's run the following year. However it was so popular it was quickly made into a motion picture in 2000. The story concerns a town that is cursed by spirals. People start seeing spirals, things start taking the shapes of spirals, PEOPLE start taking the shapes of spirals. It's an odd story, but one that had a tremendous impact on me when I saw the movie. Of all the Japanese horror movies to be released in the wake of The Ring, I've always thought that this one was far and away the best so it's somewhat bittersweet for me that it's been somewhat overlooked. It's bitter since I think the film deserves more attention, yet sweet since I'm glad it hasn't been remade.

There is not a whole lot of merchandise from this film (besides the typical movie items, the only other thing I can remember seeing was some Uzumaki headphones!), but a few years back I managed to grab this statue released by Yamato in 2000. It depicts the character of Sekino, a snobby high school girl who's hair becomes infected by spirals in the movie. (In the manga, both her and her rival, Kirie, have this happen, and actually engage in a hair fight!) At least, I'm assuming it's supposed to be Sekino since it was released the same year as the movie. The detail on the face honestly isn't very good and it's a bit hard to tell. The paint on the right eye is especially poor, on this specimen at least. 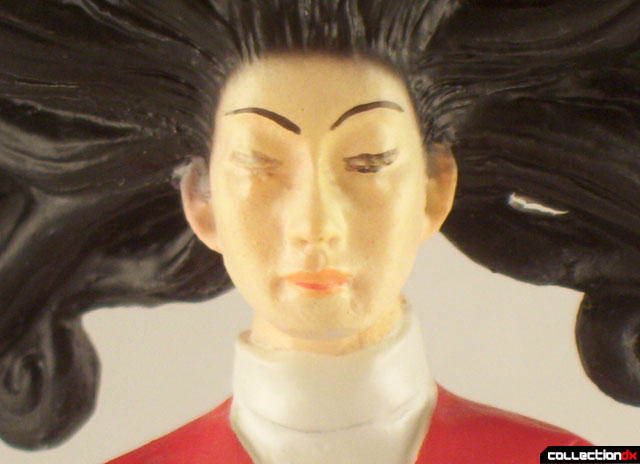 Furthermore, in the movie Sekino is a very extravagant character who craves attention and she's depicted here as rather unassuming. 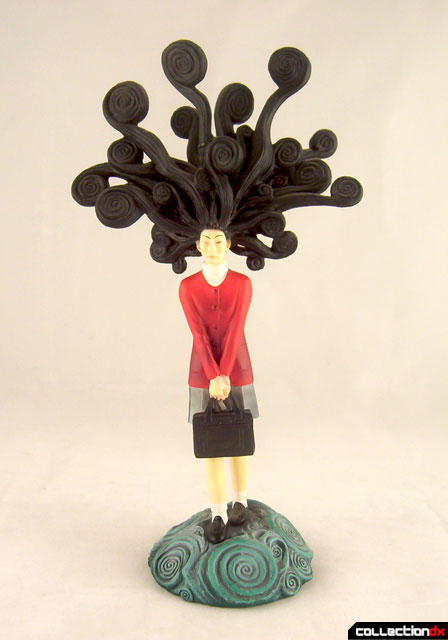 The statue comes with a base featuring many spirals. A small metal peg can be inserted into this and into the bottom of the left foot to hold the statue in place. 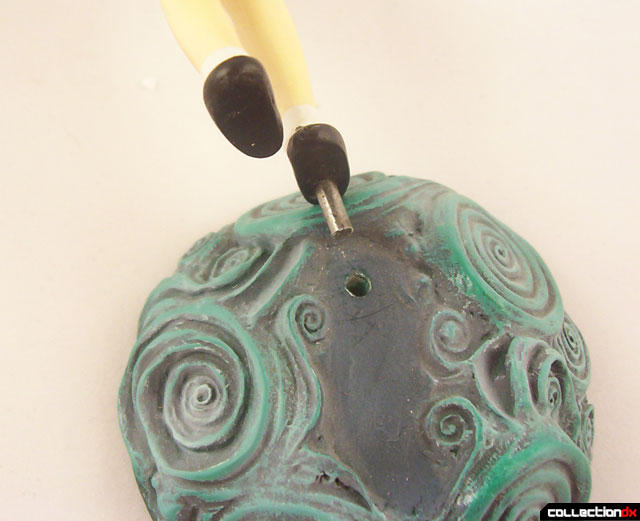 From the bottom of the base to the highest point of the hair, this stands approximately 8.5" tall. The statue is sold in a box measuring approximately 6.25" wide by 10.5" tall by 4.25" deep, with a clear cellophane window on the front.

This isn't a great item by any means. But I'm such a big fan of the movie that I'm reallly glad to have it.