Ultraman King (ウルトラマンキング) is – big surprise here – king of the Ultramen. He comes from the series Ultraman Leo, making his first appearance in episode 26.

He is considered to be and respected as the "God" or Elder of all Ultra heroes. Despite the name, he is not the king of the Land of Light. He is supposedly all powerful and undefeatable but lives on his own on the King Planet. Before Leo encountered him, no Ultran had ever seen him in the flesh.

His age was reviewed to be 300,000 years in the 2003 movie New Century Ultraman Legend 2003 - King's Jubilee (新世紀ウルトラマン伝説 2003 - King's Jubilee Shinseiki Urutoraman Densetsu), but the chronological order of this work is unclear. In the manga, particularly Ultraman: Super Fighter Legend, he has been depicted as a legend who has defeated many monsters on his own. 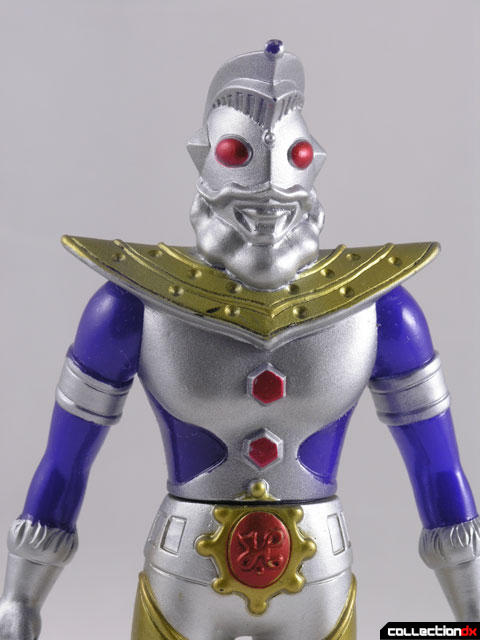