Easily the most recognized costume for Spider-Man after his classic red/blue togs is the symbiote costume. I'd venture a lot of people were familiar with this image before the third Sam Raimi/Tobey Maguire movie dropped. 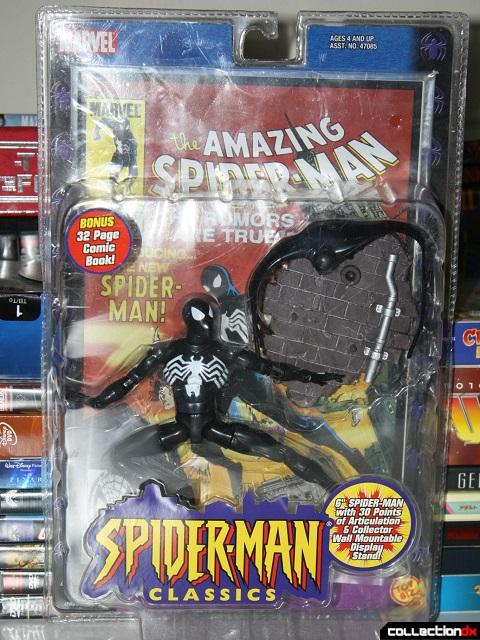 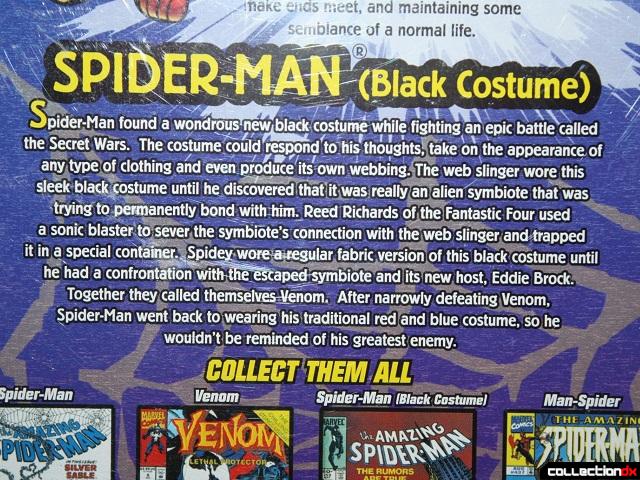 Another summary that tells you exactly what you need to know about this figure. 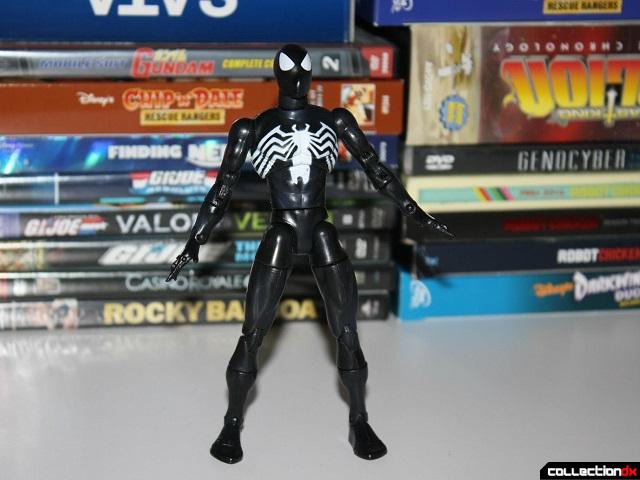 So yeah, there's not really a lot I can say here that's new. It's basically the exact same toy as the standard Spidey fig (see that review here). The sculpting is smoother because there's no web pattern on this design. 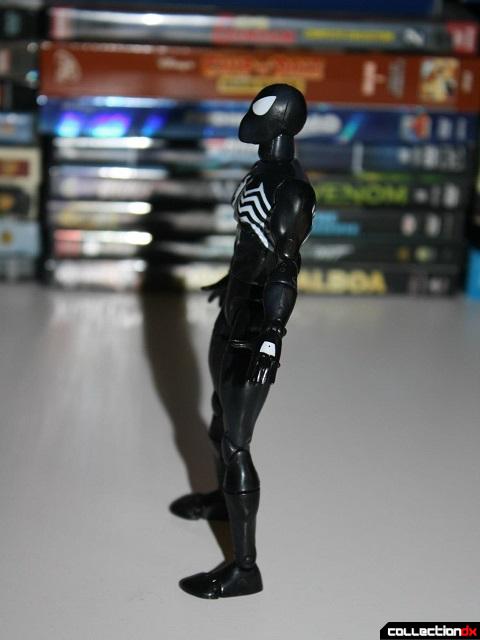 And there are no web-shooters, which is accurate. When Spidey first donned this outfit, he was still using his own webbing, but he eventually figured out that this costume could make its own. It shot out of the white patches on his hands. 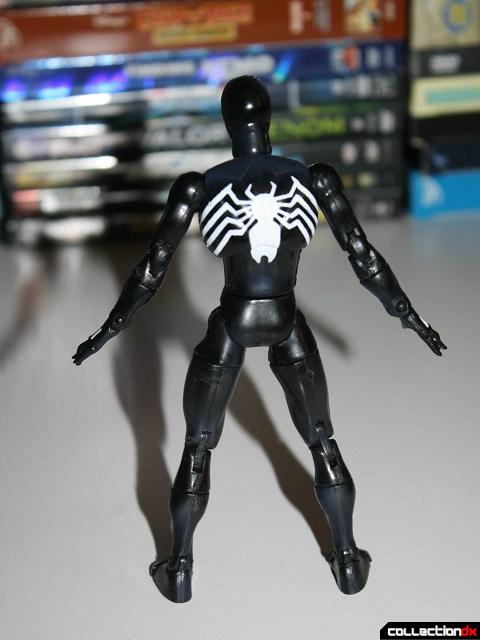 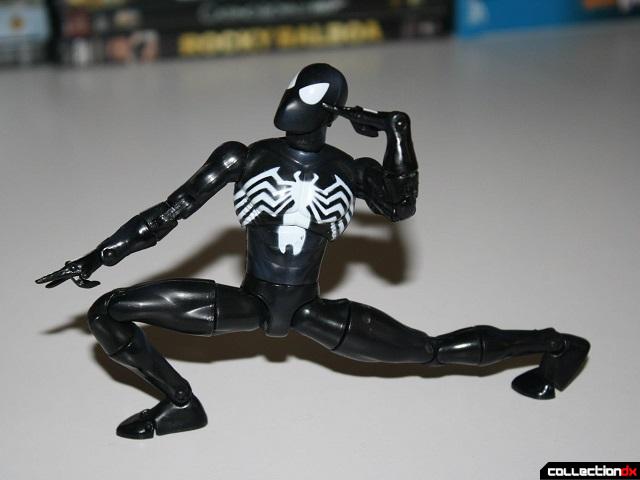 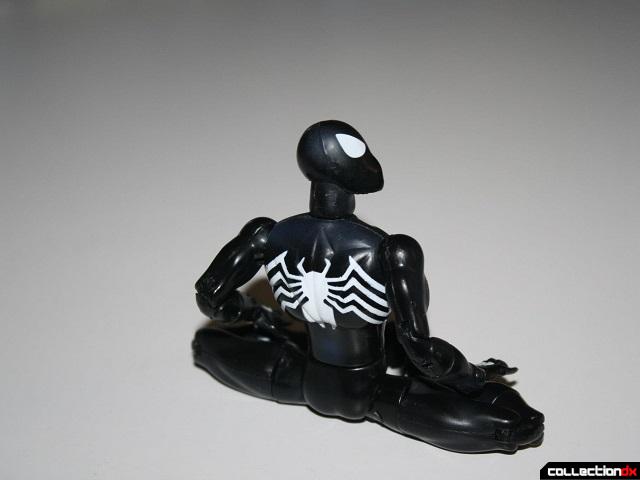 Besides the visual difference and natural webbing, part of the big deal with this living outfit is that it enhanced Spider-Man all around. Strength, speed, quickness, agility, it was all greater than ever. The suit even morphed into clothing and could remove itself at a moment's notice.

So, to that end, most of the rest of these pics celebrate that fact, if a bit "out of scale". You'll get the idea though.

And yes, this was done with MS Paint. These pics are from a previous review I did on FB years ago. I'm too cheap to buy Photoshop, and too lazy to steal it like everyone else does. 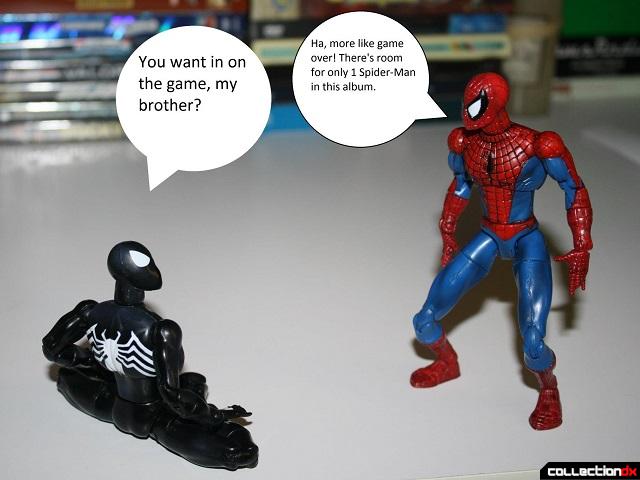 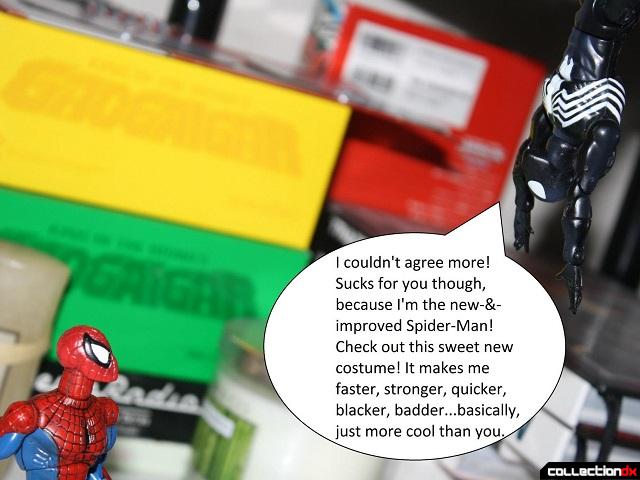 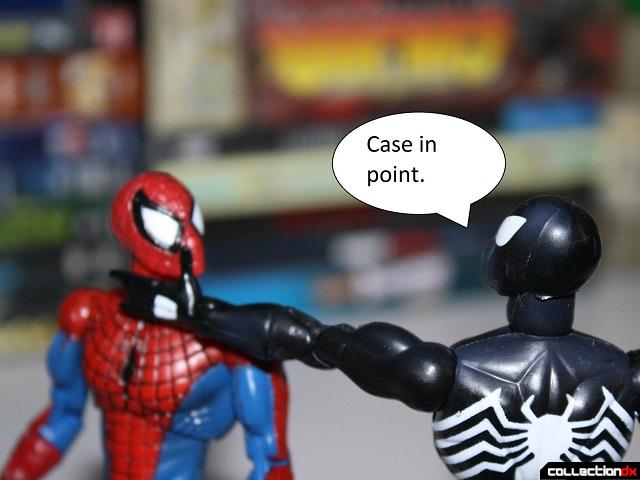 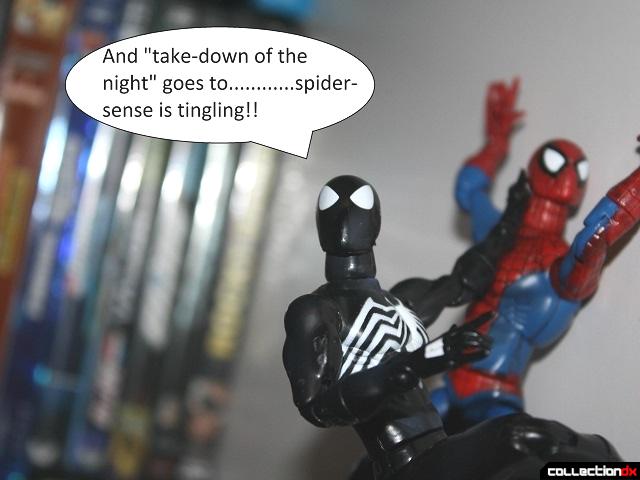 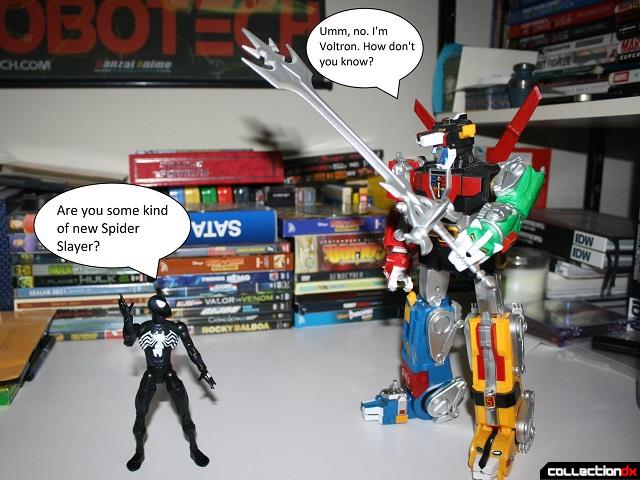 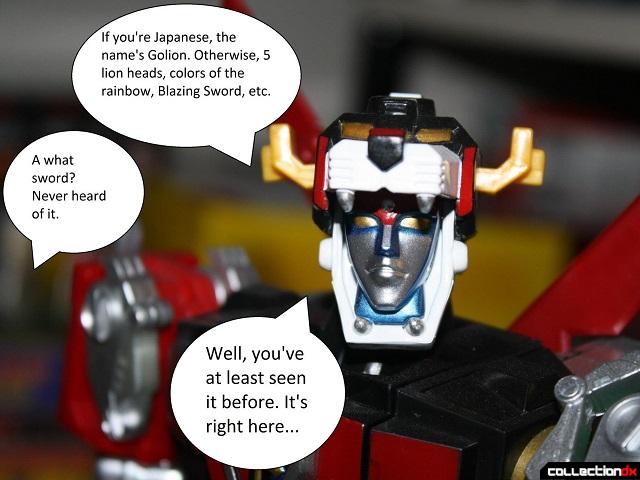 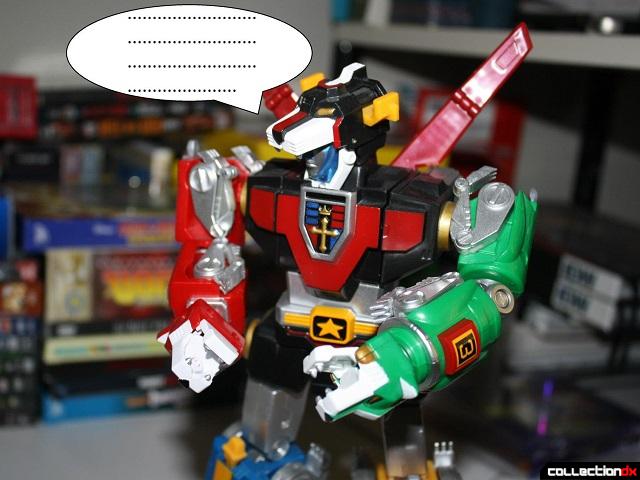 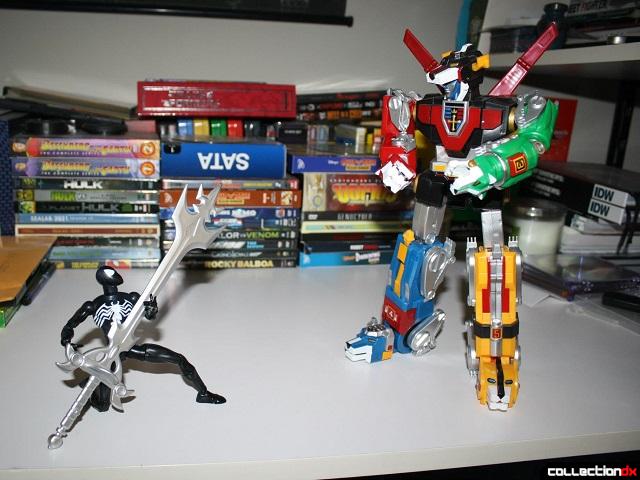 This is the part where you hear the "opened a chest" theme from Zelda. 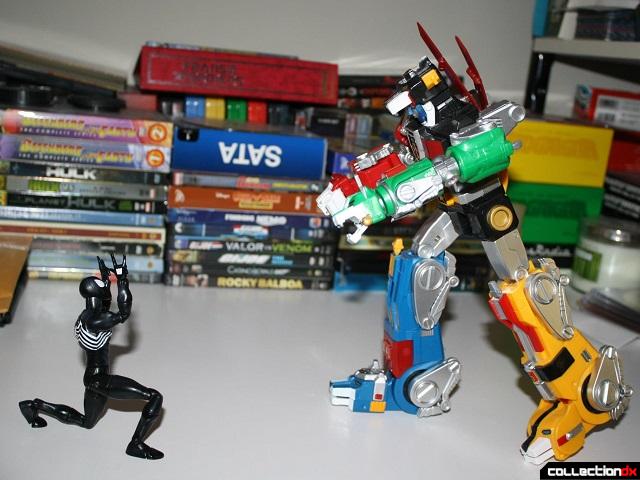 Spidey's all "Supa Fly"! Voltron's roaring in with both hands. 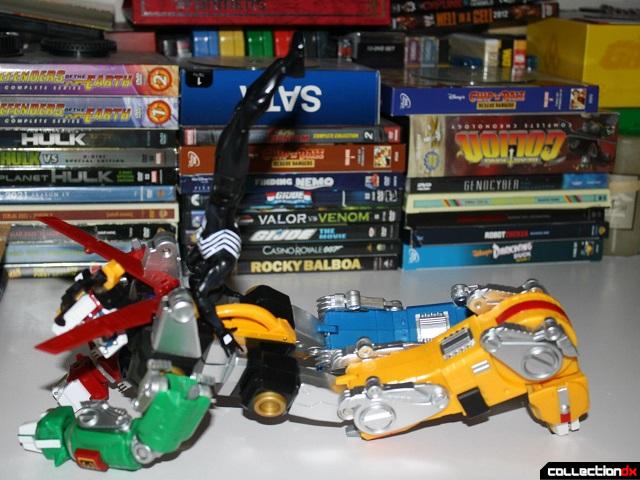 But Spidey jukes and jives, and... 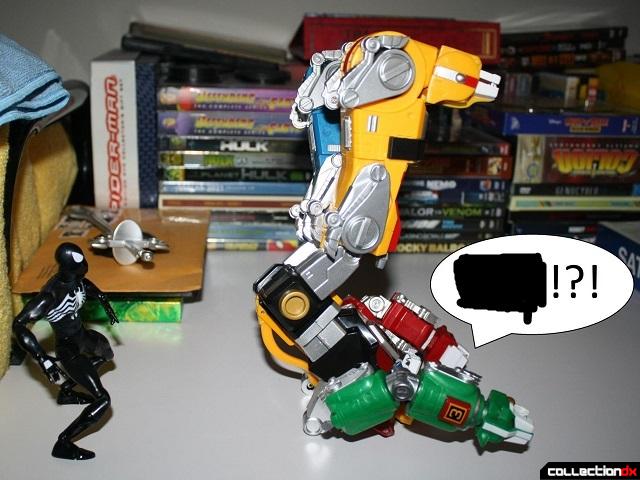 ...even though you didn't see it, hit a most wicked power bomb. 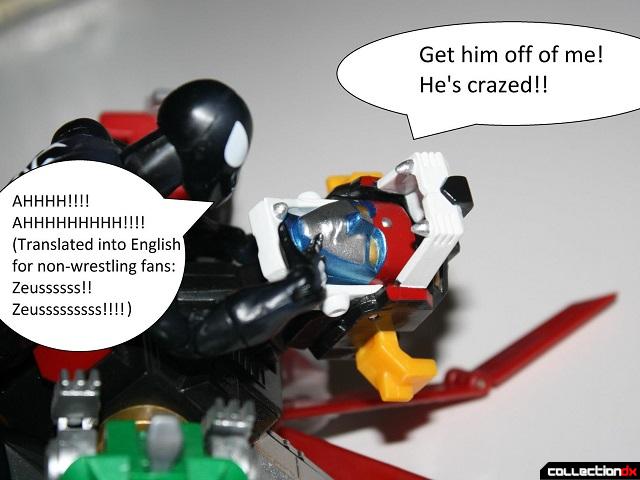 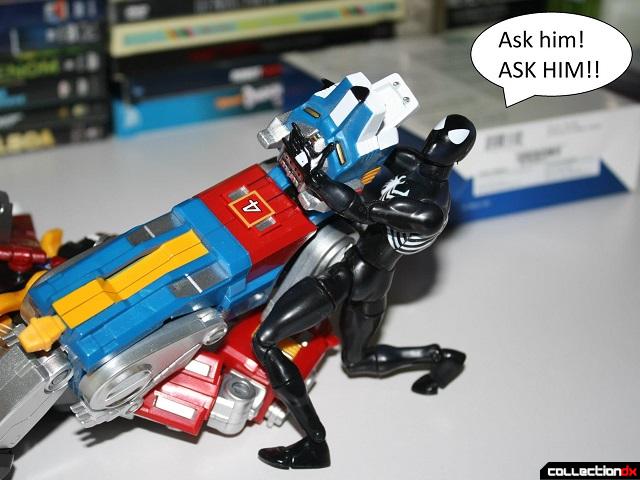 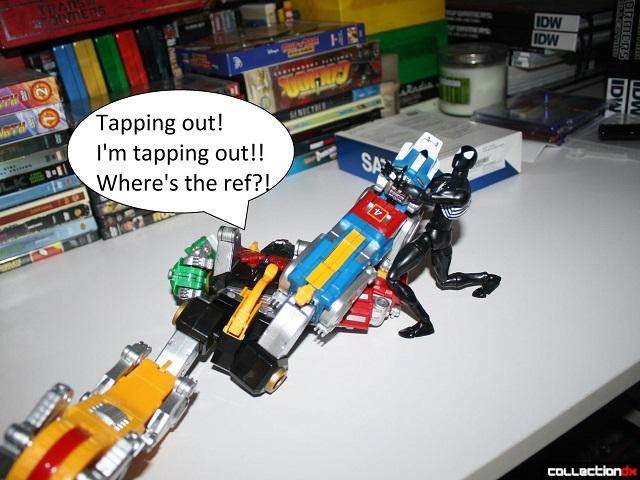 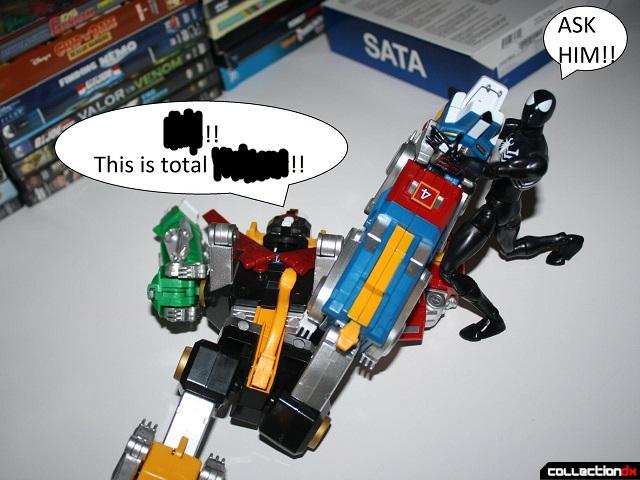 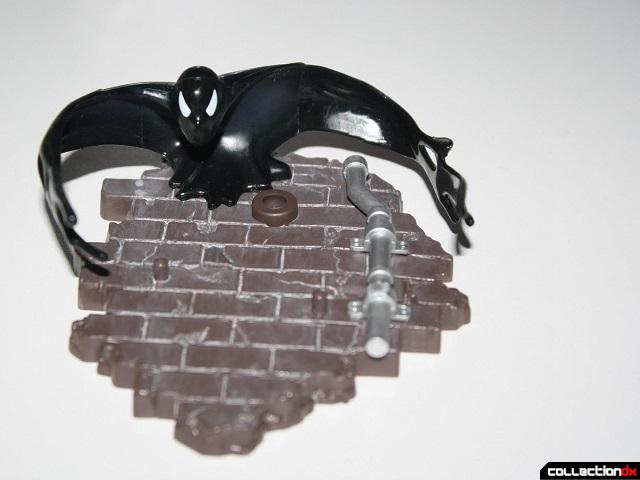 I'm not 100%, but I think the image this stand evokes did happen in the comics. It definitely happened in the 90's animated series as a nightmare in Spidey's mind, where his original costume and the symbiote were fighting over him.

This also has a clear support bracket that pops into that peg hole there. But it also stands out too much. And there was so much resistance that I didn't think I'd be able to get it back out. So I didn't bother. 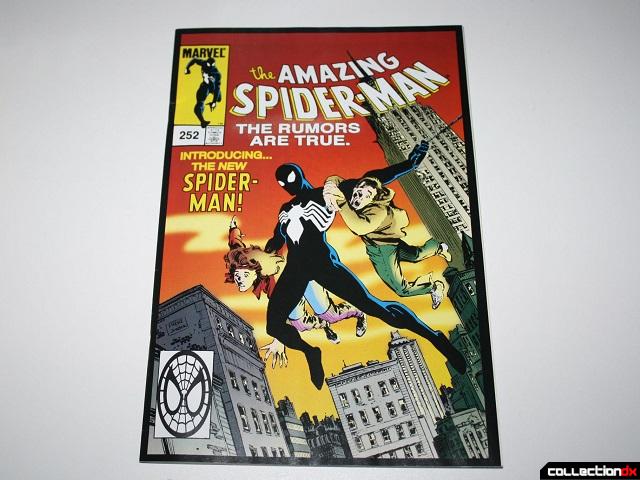 This issue of Amazing Spider-Man is made of win on many levels. #252 was released in May of 1984, and what you see on the cover was the status quo for the next several years, before Eddie Brock bonded with the symbiote to become Venom.

This takes place right after the end of the original Secret Wars, so it's quite a release. The story makes you reflect both with content and time on the past.

Oh, and back on the cover. It's the first Spider-Man comic to feature the symbiote costume. And the layout is homage to Amazing Fantasy #15, the debut of Spider-Man. 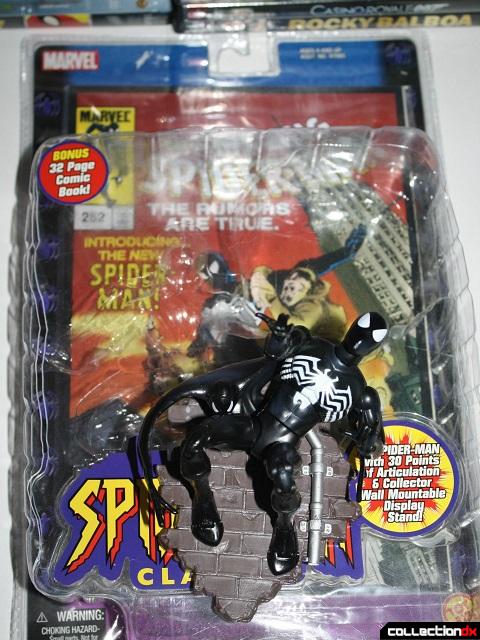 So in conclusion, not much new to say about this guy. He's got all the same qualities and minor issues as regular Spidey. He has some paint chipping going on too, but not as much, and I can't tell where it's coming from.

It might be a question of one or the other for some. Certainly, the black & white costume looks better to me. But you can also scoop him up for as little as $15. So you can't lose either way you go.