Folks, this movie is BAD. I mean, it's awful!! It stinks out loud...and I love every damn minute of it!!

Anyhow, I've always had a soft spot for this movie. I mean, it's just SO bad. He's like a rejected concept b-movie monster. Ya gotta have a soft spot for him. From a film perspective, the special effects sure are...special...all right. *AHEM*

Yeah, this movie really needs to be seen to be believed! So, CLEARLY, I desperately needed some sort of toy-rendition of this monster...like Tom Cruise desperately needing a grip on reality! So, anyway, before the glowie obession began--even before I ever got any sort of vinyl kaiju--I hunted this Wonderfest 2000 (annual Japanese toy show) exclusive down [and be sure to check out ClubTokyo.org for more info on other variants]. After all, given the choice, why wouldn't I go with the glow in the dark one!?

Was I pleased with my purchase? ...Do The Simpsons need new writers!? (ouch!) 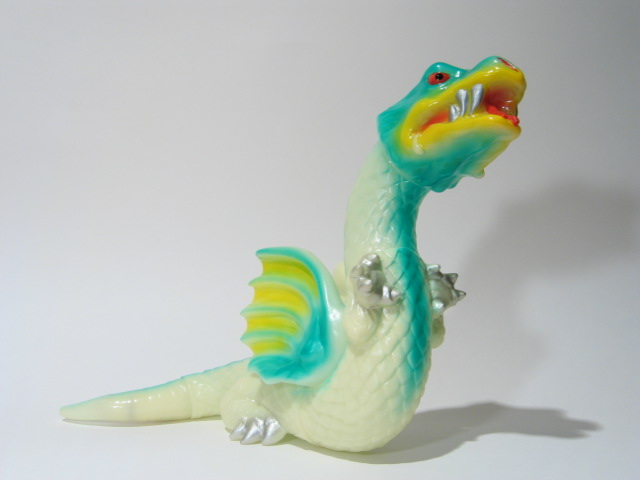 M1 and Club Daikaiju did a fantastic job on this figure. The sculpt is outstanding! The head really captures the terrific visage of the prehistoric, unkillable beastie! 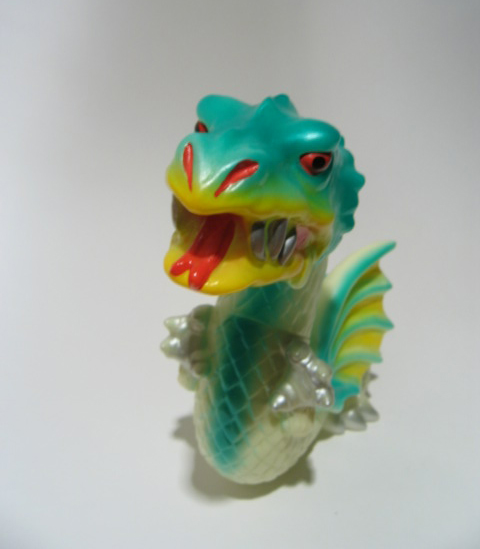 The figure's stance is worthy of note, too. Toho's popular supporting-kaiju, Manda, is a long, serpentine monster as well, and in his(her?) M1 rendition, the creature simply sits flat on its belly in a winding, wavy posture. On the other hand, with Reptilicus, the sculptors decided to try something new: they posed him rearing up defiantly...as he is often seen in the film. His wings are swept back and sort of blend the vertical part of his trunk with the rest of his body still flat on the ground: 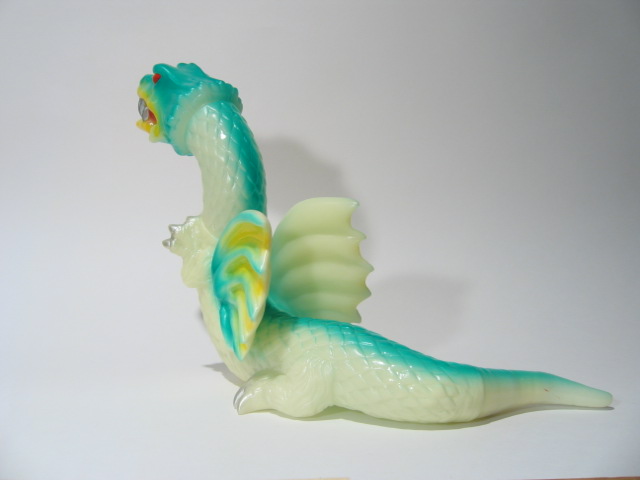 Even with the smart design of the wings to distribute his weight more evenly, he's still a bit top-heavy with that melon of his. In order to pull off a figure a little more resistant to shelf-diving, the makers actually filled the tip of his tail with pachinko balls to weigh it down! If you hold him up to a light source, you can see the shadow they create in his tail: 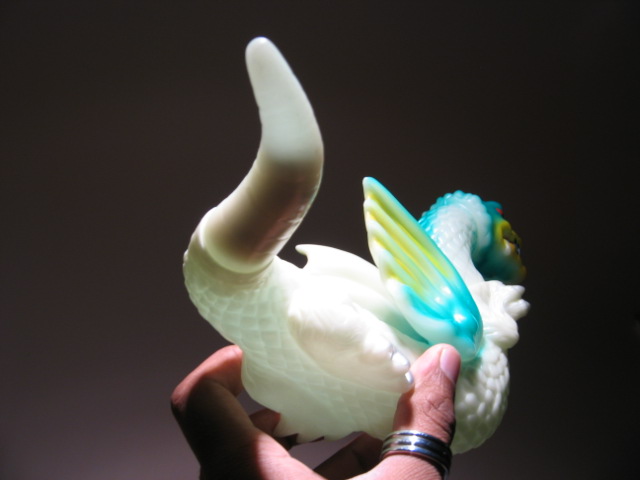 Another interesting note is that the figure did not come bagged; instead, it came with a very nice tag attached with a silver elastic cord. The outside features some great artwork (movie poster art?), and the inside features some cool info about the movie, as well as lyrics to the aforementioned musical interlude, "Tivoli-Night". ...Oof...now, there's a tune you don't want stuck in your head... 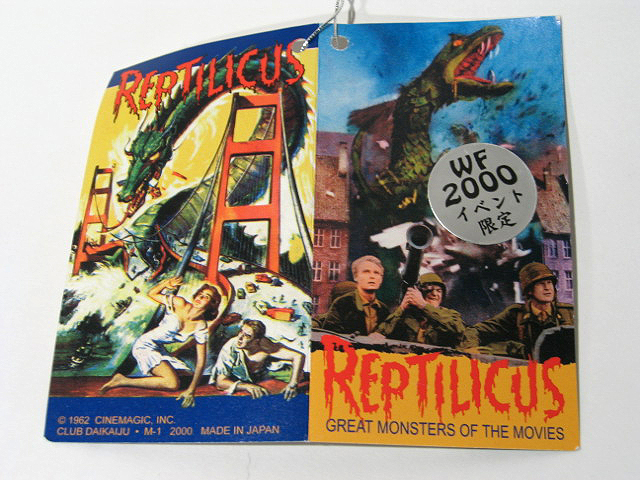 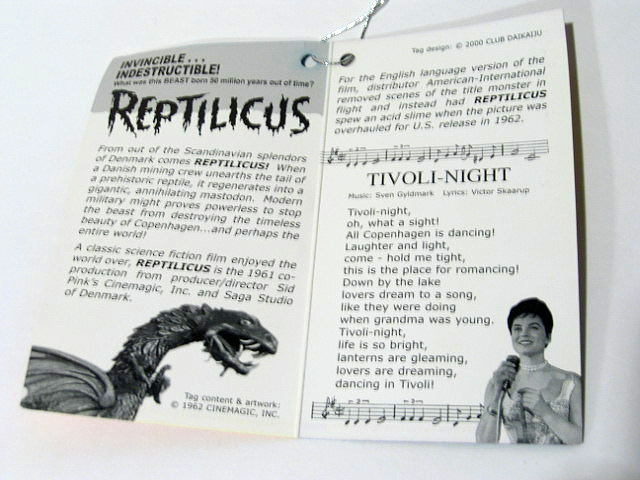 And, now, we finally come to the glow! Again, he wasn't purchased *because* he glowed in the dark...but he certainly helped kick-start my obsession! The start of something beautiful... 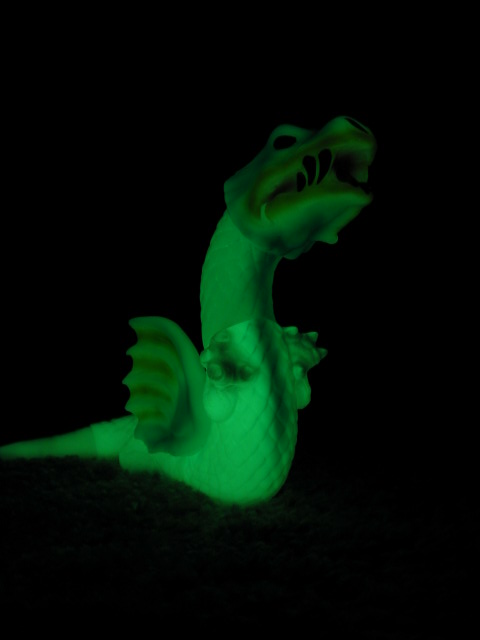 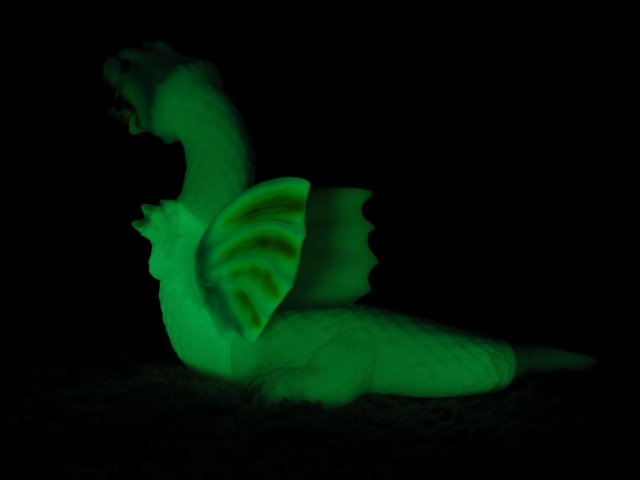