This is another entry in Bandai Asia's 200 toy line, Super Robot in Action line. The first run of these toys came in the smaller box and were labeled "Eternal Force"

The toys are similar in construction and materials to Bandai's Mobile Suit in Action line. For more history behind the SRiA line, check out the review we did of Getter One. 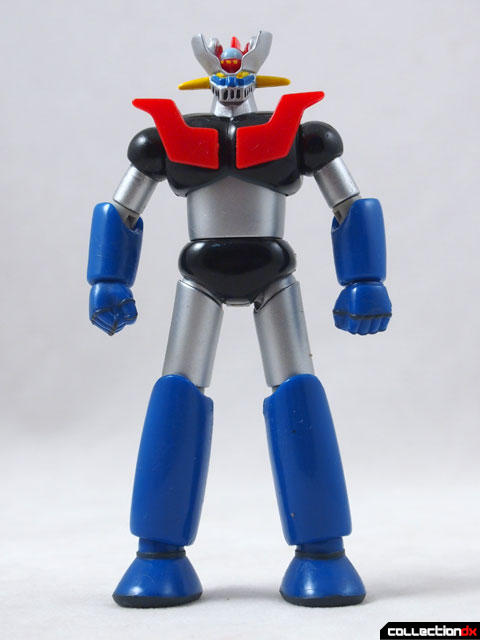 Mazinger Z is a very simple sculpt and is colored like the classic version with blue limbs (unlike the modern Shin Mazinger Z, which has black limbs). 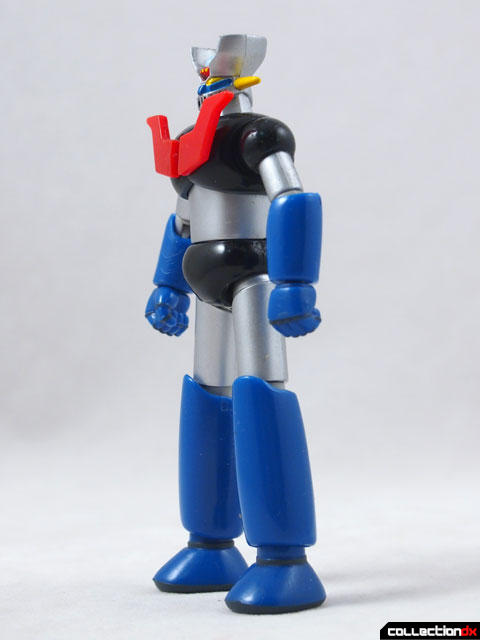 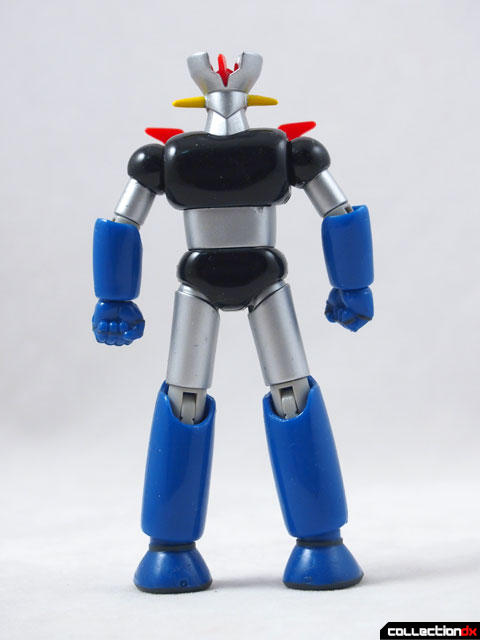 Articulation is limited. There are plenty of joints, but they lack the cutouts in the limbs to do anything interesting with them. The Hover Pilder in the head is removable, but it is microscopic. Better leave it in. 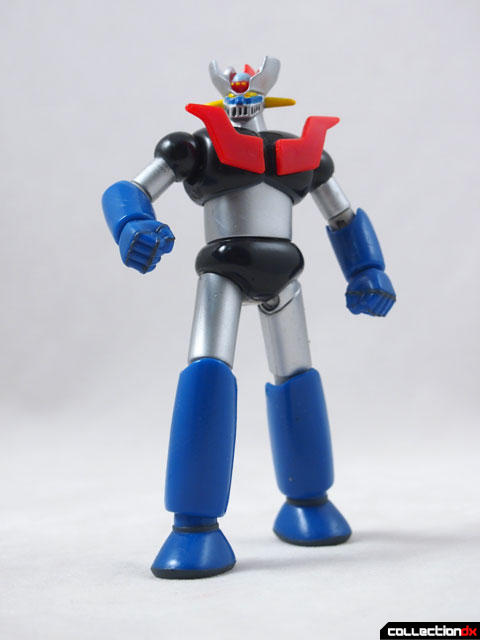 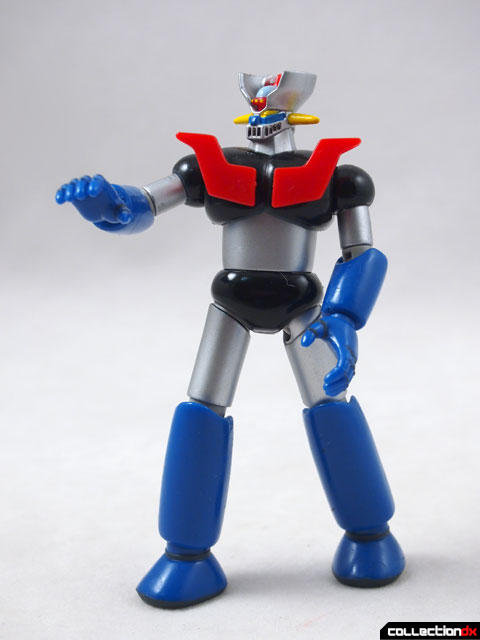 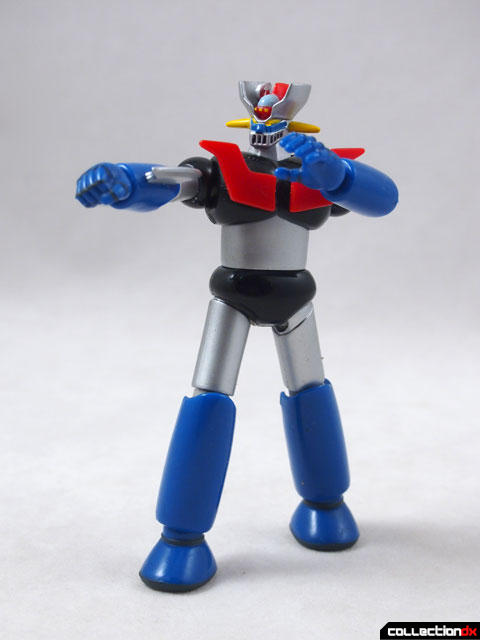 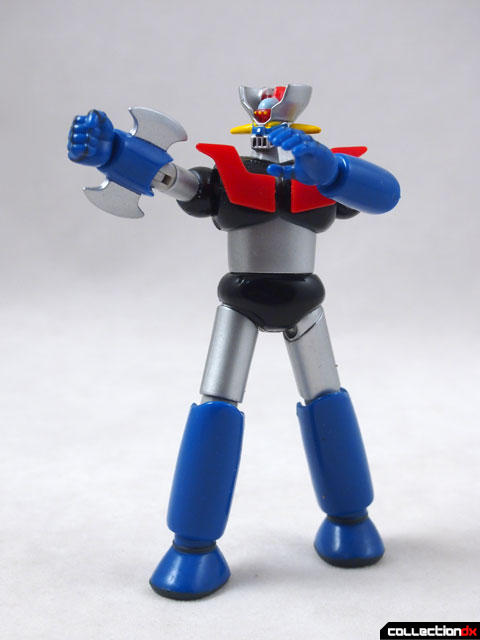 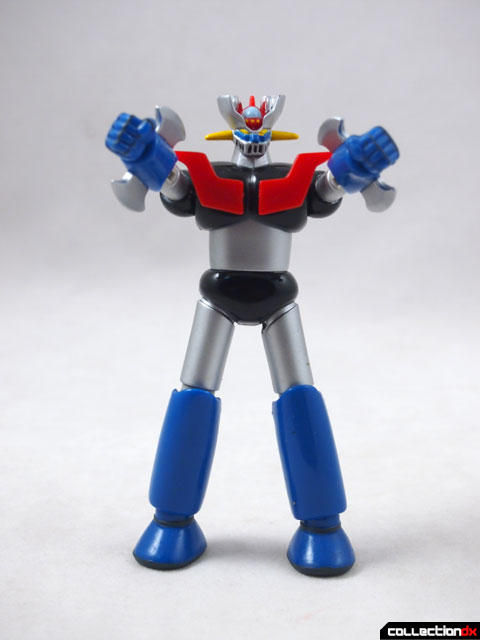 The Jet Scrander is included and requires a separate waist part to use. It replicates the belt around the waist. 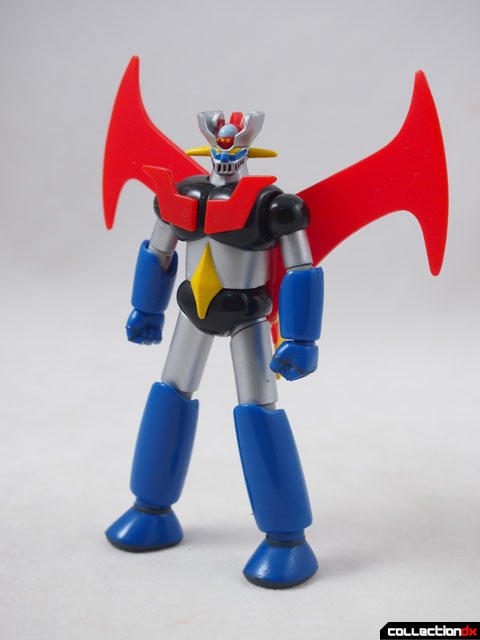 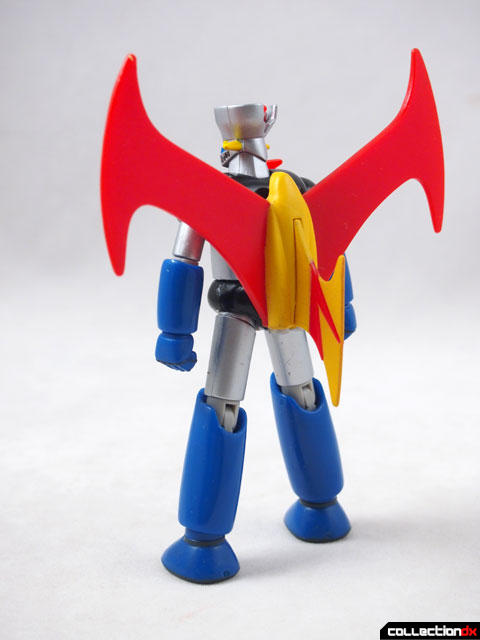 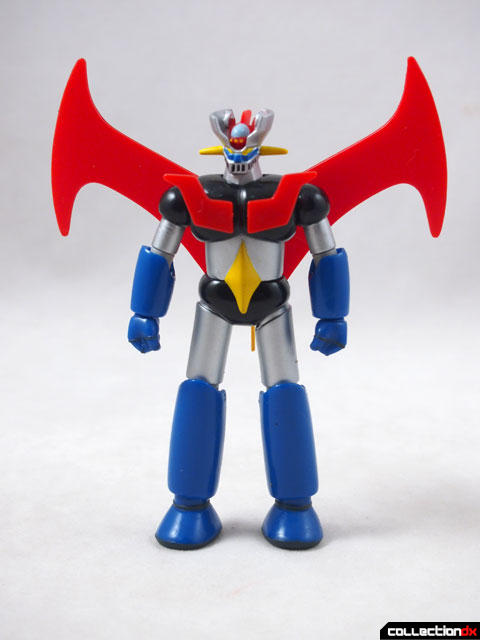 A reinforced Rocket Punch fist is included, for when a regular rocket punch just isn't enough. 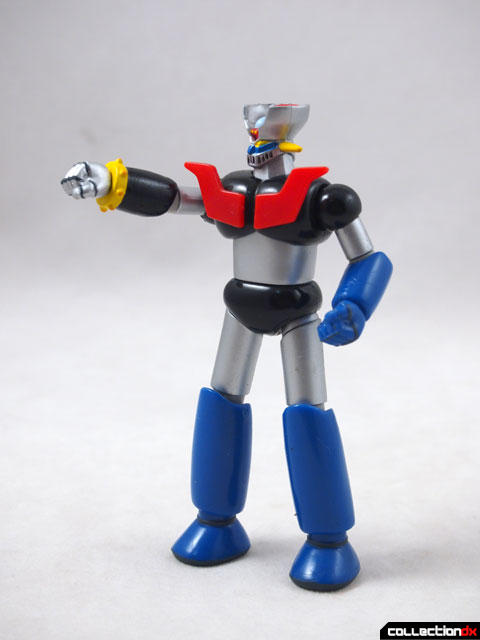 The Punch Missile effect is replicated by replacing yet another waist part, and a small white missile plugs inside. A rocket effect part is also included (but not shown in these photos). 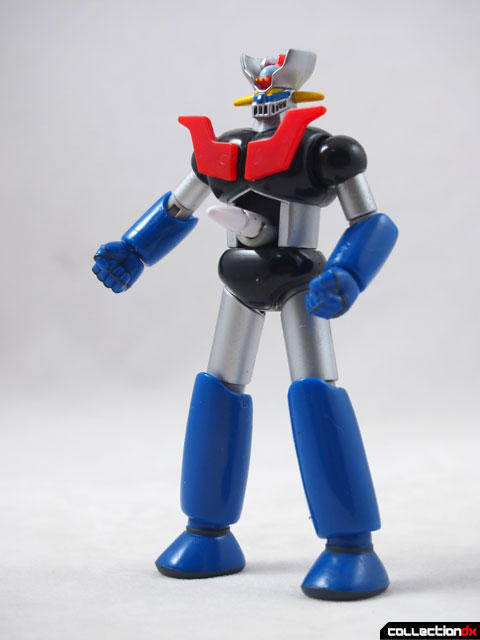 I originally got these from a friend as toys for my kids, but they never latched on to them. They just sat in their ziplock baggies for years until we were recently cleaning out their toy bins. Compared to the dynamic sculpting and action features of modern action figures, these just come up short. 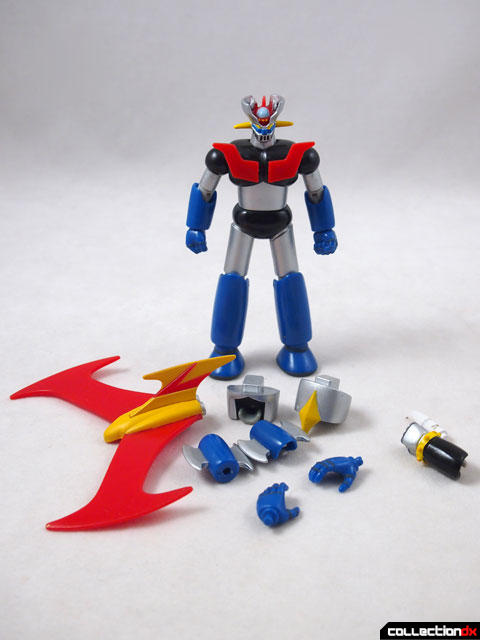 I remember not being very fond of the MSiA line back in the day. I was into Pla-Models and didn't really register those on my radar. That being said, when it comes to Super Robots I usually like to have them SOC sized or bigger. The only exception being the Kaiyodo Revoltech Grendizer (any size Grendizer will do for me)

This figure is nice for what it is. Just feels like they made the blue a little too bright. Thanks for your cool review. Can't wait for the DX SOC Mazinger-Z! :)

Do you have the full lineup of SRIA? There was a Reideen, Combattler V and Gaiking.

Are these MIA"s in the same line as the gundam ones?