Perhaps one of the longest-running bootleg toys around.

The DX Dairugger XV by Popy was a great toy, and one of my all-time favorites. It is a remarkable toy in terms of engineering.

In 1984 Matchbox got the rights to the DX Dairugger XV and branded it the Deluxe Voltron Warrior Set. The early runs of the toy were the same as the Popy toy, just repackaged. Later runs would have different copyright information, so at some point in 1984, the molds were re-tooled. The Deluxe Voltron Warrior set had its run at retail, and then vanished from the shelves in the USA. 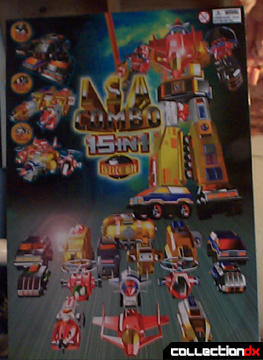 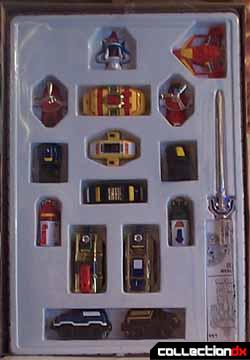 In 2000, something funny happened. Bootlegs of the Dairugger XV appeared in discount stores and flea markets across the country, labeled as LSA Combo. The LSA stands for Land, Sea Air. The toy is a sharp reproduction of the original toy. It came in a large box with an old-school handle. What was really great about this toy was the fact that it came with Dairugger XV’s sword, something the Matchbox version never had. Now US fans had a cheap way to get the sword for their Voltron 1. 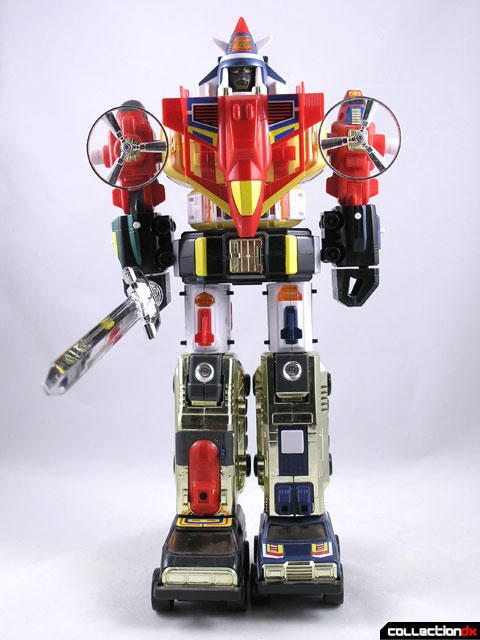 The toy combines from 15 vehicles into the combined robot, in addition to the three teams. Construction is sharp and professional. The friction motors have been removed, the rubber tires changed to plastic, and some paint detail has been changed to stickers. Obviously, the entire color scheme has been changed, but it is done so well. 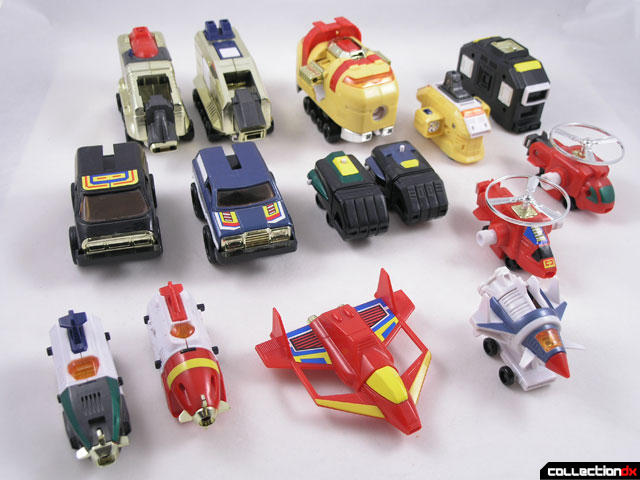 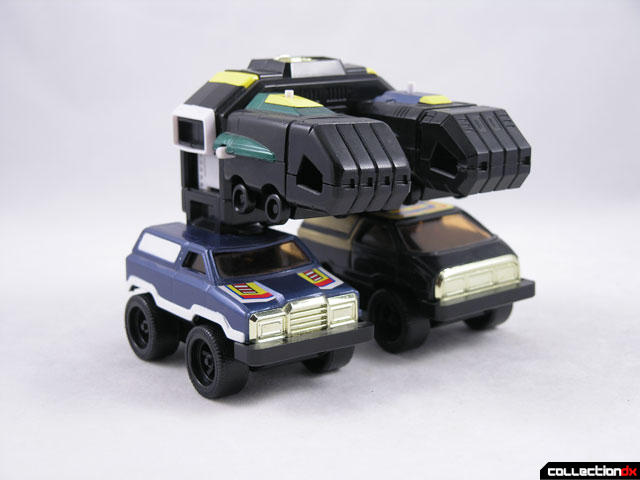 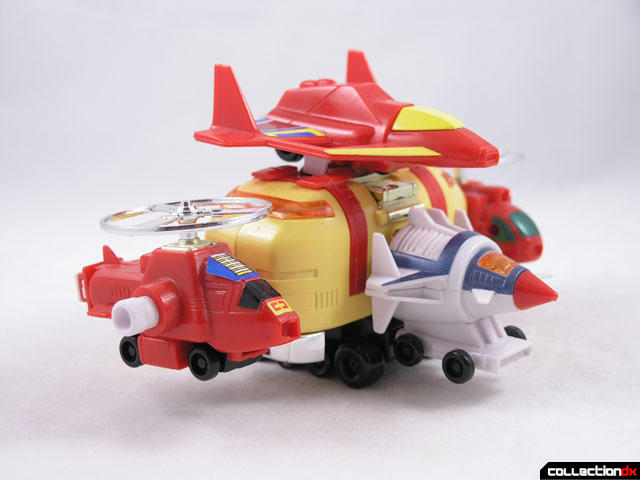 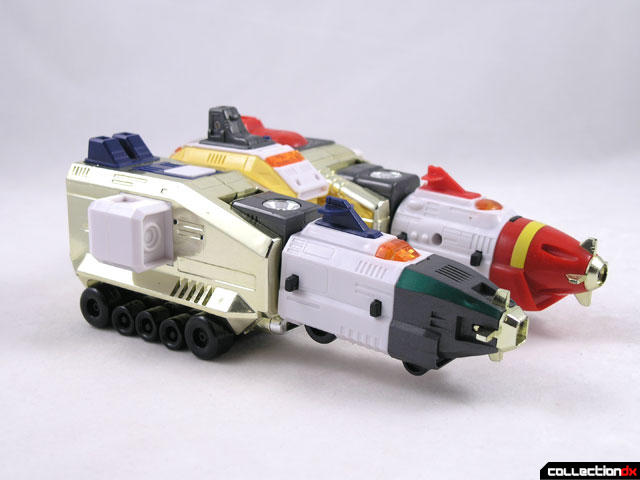 But wait, it gets weirder. This set actually appeared in Toys R Us in the mid 00’s, albeit under a different name. I wonder how they got around that? These bootleg still appear today on eBay, making a version of this toy in production in one form or another for almost 25 years.

This bootleg is worth getting, if only for the sword for your legit Voltron. Oh, you can also use the fists to replace any broken fists on your original. 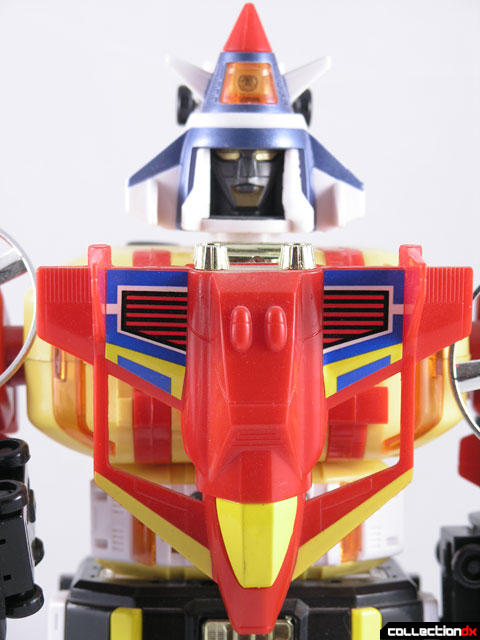 Heh, All these years I never got around to commenting on this: I had found these at the same time period, early 2000s, at KMart. It was packaged fully assembled, standing in an open faced display box, standing up on the shelves, not in the multi-part tray breifcase box. I believe I found it in the general discount little kids toy section, not even a name on the box, but a printed dollar store style price on the box of $9.99 !!

They do have nice look and details, with gold chrome and all that, but the plastic is thin, and it has a worse time standing assembled then the original, ...which was already shaky, LOL!