There have only been 3 real toys made of Kaneda's Bike. Back in 1988 we got a 1:35 scale diecast version of the bike from Bandai, but that was it until McFarlane toys brought us this beauty in October of 2000. We've since gotten the superior Soul of Popynica bike from Bandai, but for a while, this was the king.

At about 9 1/2 inches long, Kaneda's bike was part of McFarlane's 3D Animation From Japan Series 1. It featured an opening hood, turning rubber wheels, and a kickstand that worked. The fact that you could go down to any toy store in the US and get this was very very cool. The detail on this was awesome. 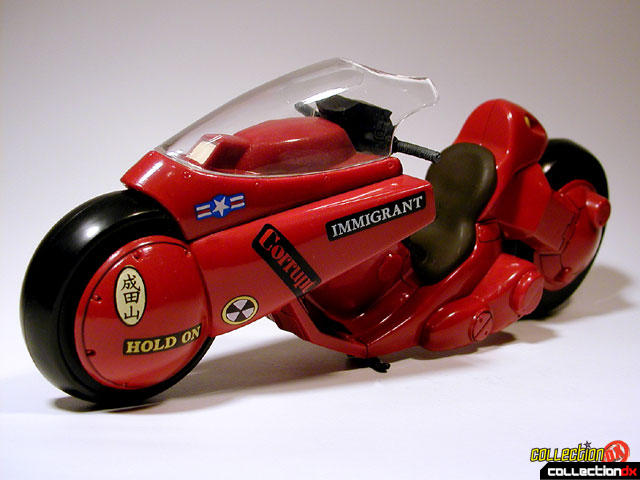 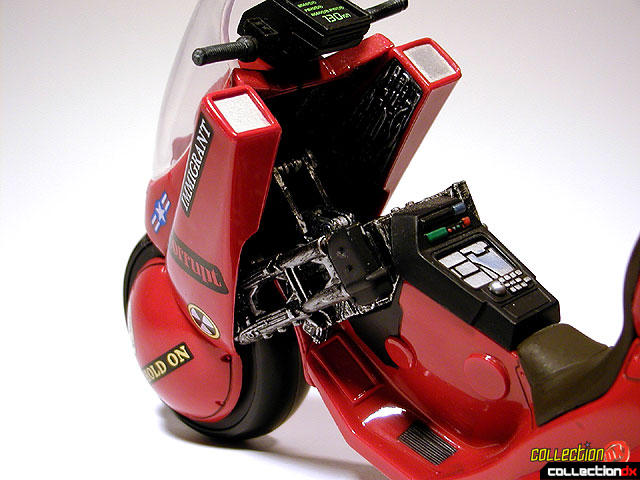 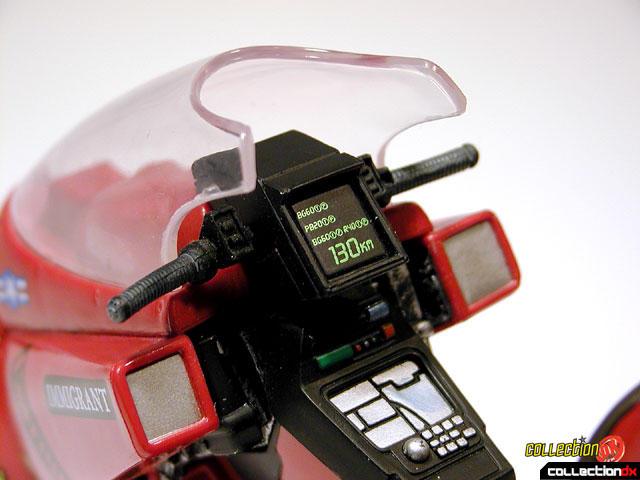 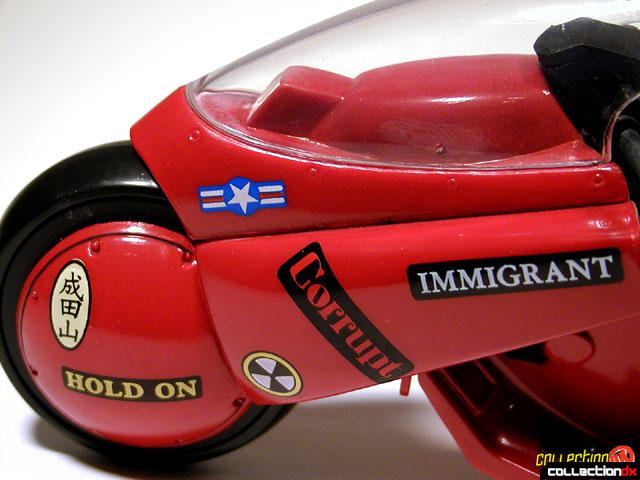 I've always felt that McFarlane's action figures were very poor (as action figures go), but always had really nice sculpting and detail. They took their strong detailing skills and came through with this great piece.

The toy had a few drawbacks though. For one, McFarlane couldn't secure the licensing to use the actual logos from the movie on the decals, so they had to use generic ones. Also, the Kaneda figure sold in the same line couldn't sit on the bike! McFarlane toys rectified this by releasing a Kaneda with Motorcycle box set in series 2.