Since I've already expressed my dislike for the Tetsuo figure, you can imagine how I feel about Kaneda. He's about 6 3/4 inches tall and has 10 points of articulation. 11 if you count the goggles that swing freely around his neck. 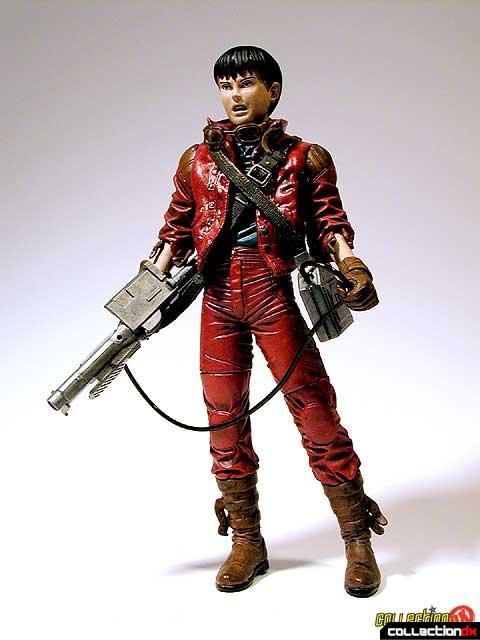 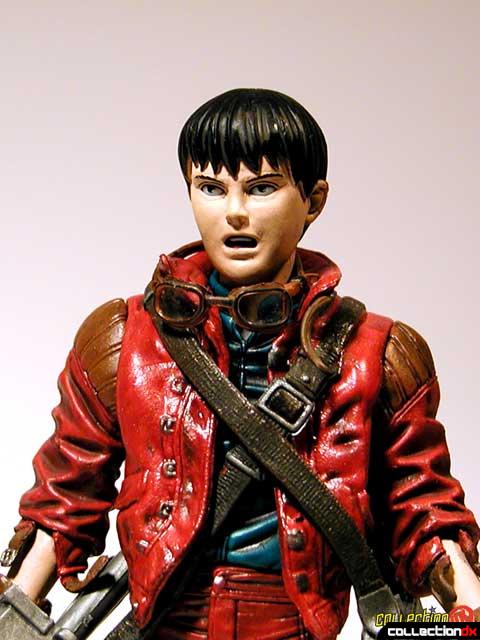 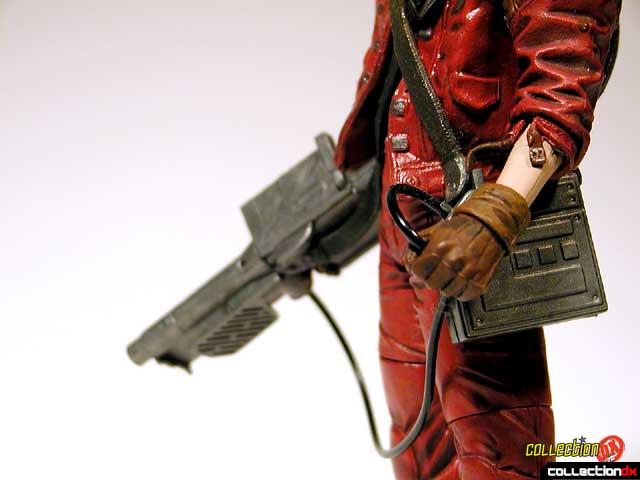 I think, to call something a point of articulation, it really needs to do something significant. Rotating a leg mid-thigh should not be articulation. Nor should a perfectly good joint that is hampered by a static accessory like a big gun. Especially when the gun is attached to some straps which are part of the figure. 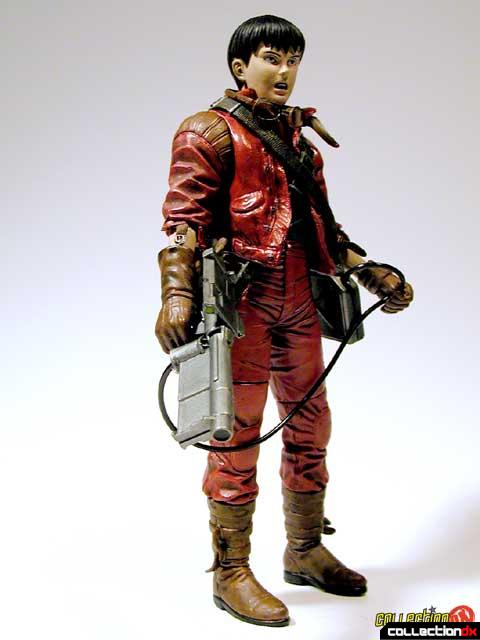 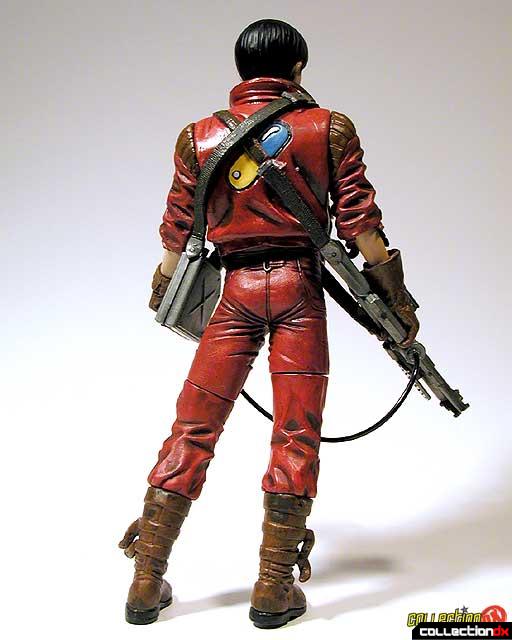 Oh, and good luck getting the power hose into the bottom of the gun.

Anyway, the detail is nice, but it's a bit too much. McFarlane's designers are used to creating hyper-detailed figures like spawn, but that style doesn't fit these figures.

McFarlane also released a bike to go with the Kaneda figure, but the figure cannot sit on the bike. In series 2, they released a Kaneda and Bike box set that featured a new sculpt of Kaneda, sitting on the bike. So, If you already bought the bike from series one and this figure, you have to buy another, rare, box set just to get the pose you wanted in the first place.