I've never been shy about admitting that I'm not a big fan of the Jumbo accessories. Most of them have nothing to do with the toys they go on and only serve to make a very cool robot look worse than it does in it's original form. And in such a difficult, expensive hobby, why should I spend my cash on them while there are still Jumbos out there that I don't have? Especially when you consider how easy it is to get the accessories! It's not like they won't be available later. They are always on Yahoo!Japan and litter toy shops all over Tokyo. Sure, I've had a couple in my collection here and there, but mostly as the result of trades, bulk purchases or people just flat out giving them to me.

However, one accessory did always intrigue me and that is the Jet Scrander (ジェットスクランㅠー) that goes with Mazinger Z. Much like the Scramble Dash accessory that comes with the Unifive Great Mazinger, this makes your Unifive Mazinger Z seem like a whole new toy. It's so much cooler with the wings on. This set is a necessity, not an accessory. 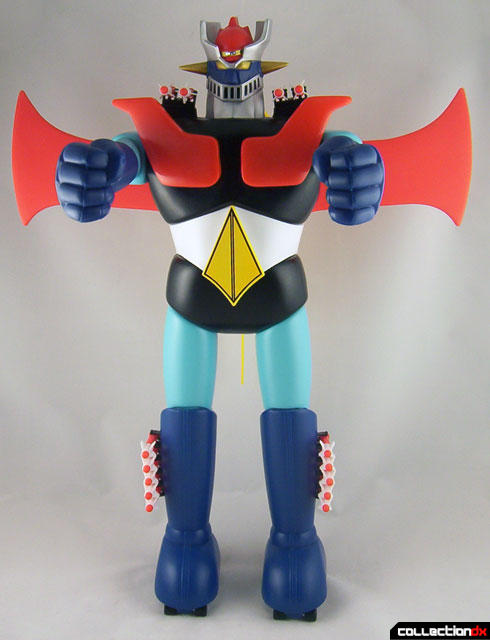 When I received the package, I was surprised at how small the box was. It measures only 9"x6"x4". The toy itself comes in several parts and needs to be put together. Directions are printed on the back of the box, but it's really simple to figure out just by looking at it. Although it connects at the waist differently than I would have imagined. The yellow crest is actually a loose piece with two tabs on the back. You place the larger tab into the corresponding hole on one side of the "belt" and then slide the smaller one upwards along a curved opening on the other side. It has the effect of tightening his "belt", in a way. Nothing actually snaps into place or anything like that, yet it remains securely in place. 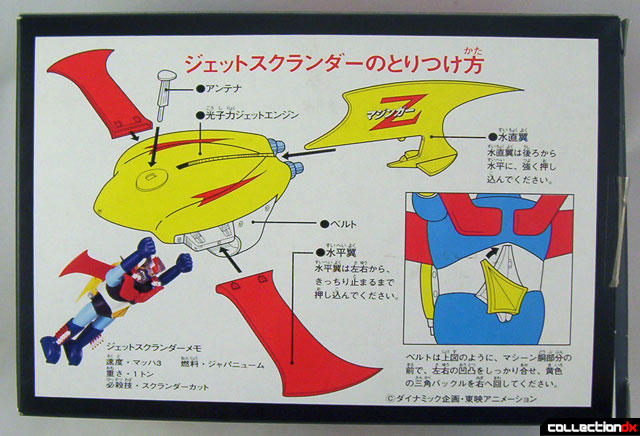 Like the rest of the Unifive Jumbo Machine line, this is also based on an vintage Popy toy. I've never held that one, but I assume it is basically identical to the new version. Strangely, both the new and vintage versions tend to sell for about the same price.

The Jet Scrander has a wingspan of slightly more than 18.5" across when assembled and will add roughly 4" to the depth of your Mazinger Z Jumbo. This makes it harder to display on a shelf, but it's a small price to pay for the added cool factor. 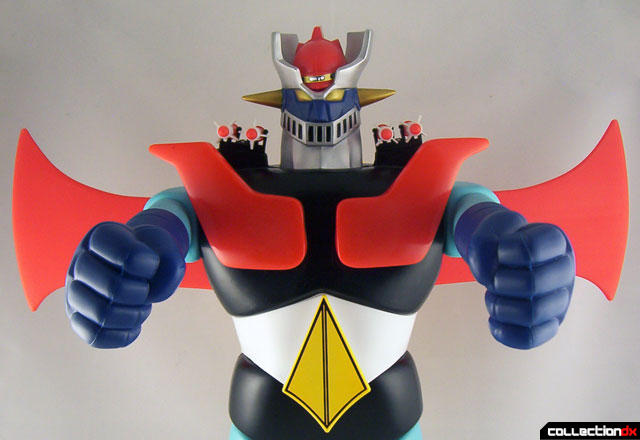 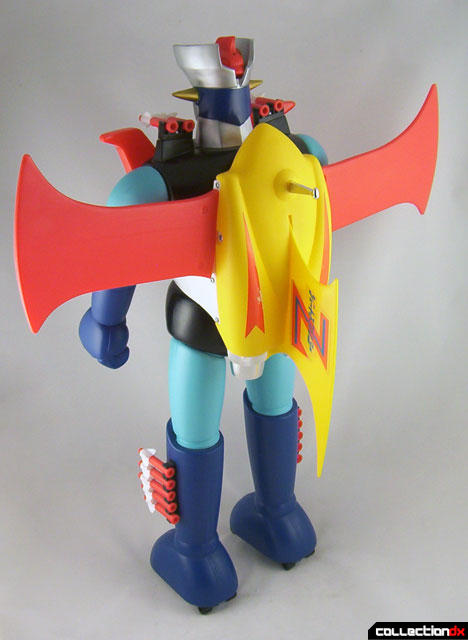 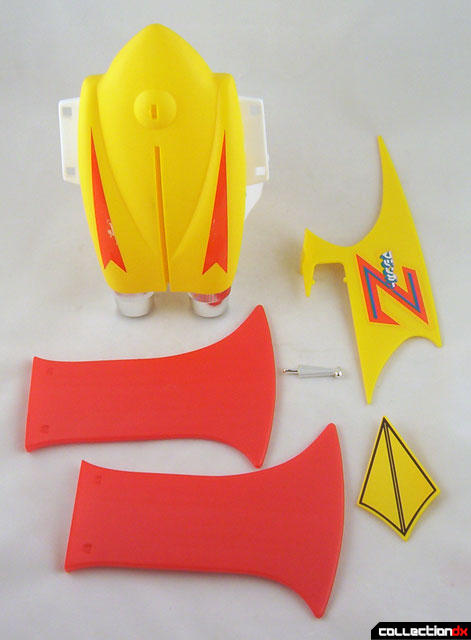 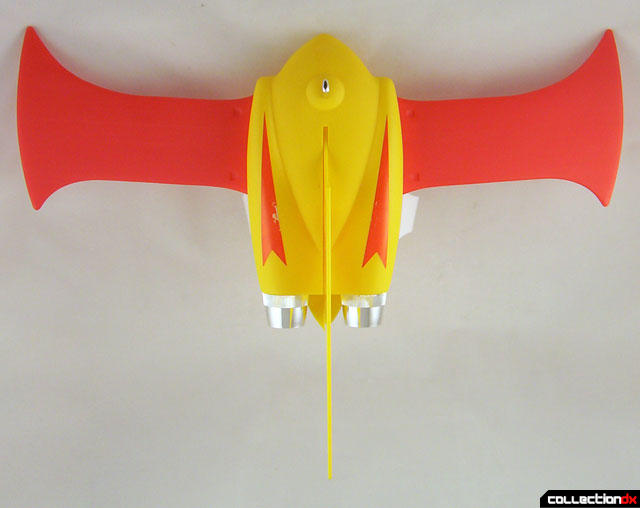 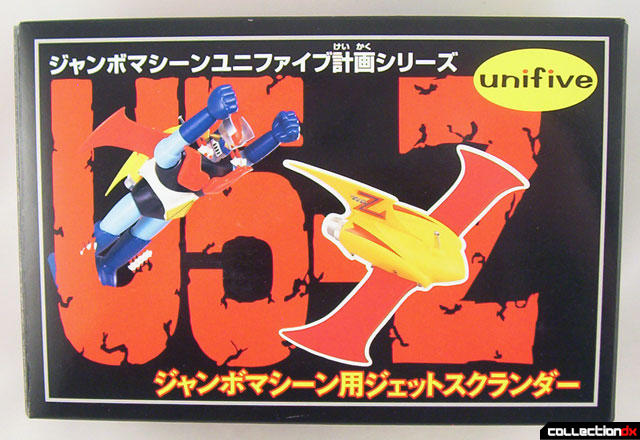 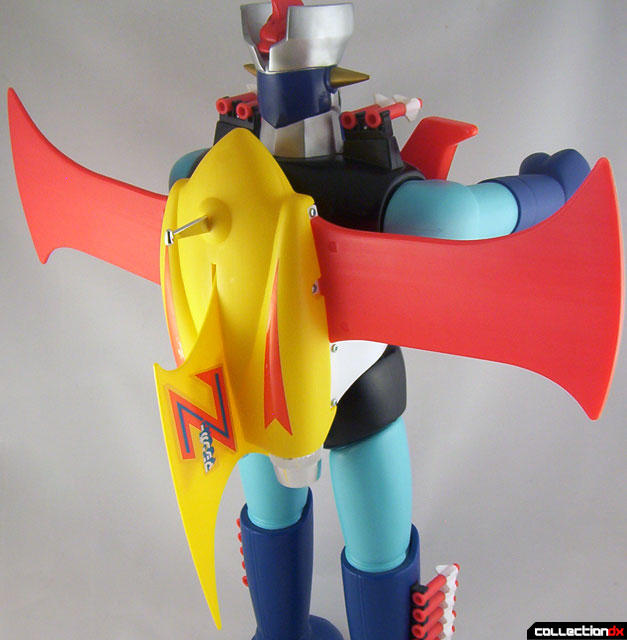