Back in 1999 Bandai decided to try their hand with another transforming toy line to compete directly with Takara’s transformers. Seeing how Beast Wars was a huge success, they thought they would try a similar approach, and the result was DinoZone (ダイノゾーン) .

However this approach was going to be different for Bandai. In the past, Bandai Japan rolled out the product first, and then it followed in America. This time, not only was the product coming out in America first, but the toys were going to come out before the TV show.

The domestic toy line was DinoZaurs. They were transforming dinosaur fossils, marked with chrome details and translucent plastic. They were certainly interesting, but without a cartoon show, the public didn’t catch on. Eventually, the cartoon debuted, and it was a nightmare. The show was a mix of traditional and CGI animation - and neither one had much money put into it. The show was just silly, and looked awful.

The toys themselves were not that bad – they were solidly built and had very nice designs. Unfortunately, I think the market just wasn’t right for them at the time, and within 2 seasons, they faded from shelves. The last remnants showed up at discount toy stores like KayBee, for a fraction of the original cost. These toys appear to be identical to their Japanese counterparts. 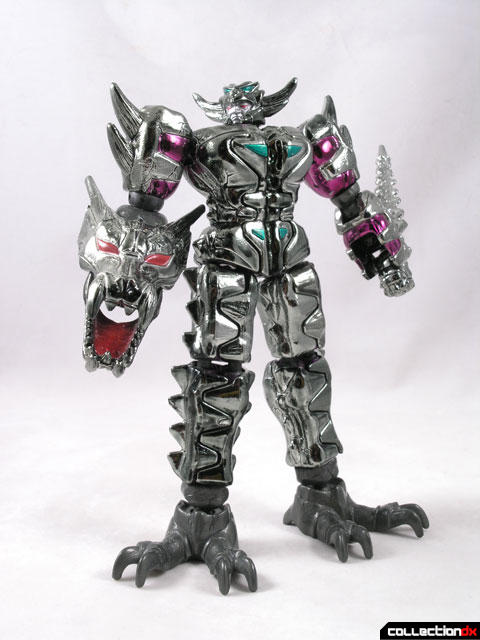 Gigano Dragon is the leader of the bad guys, the Dragozaurs. He transforms into a really long dragon, with a pretty innovative transformation process. 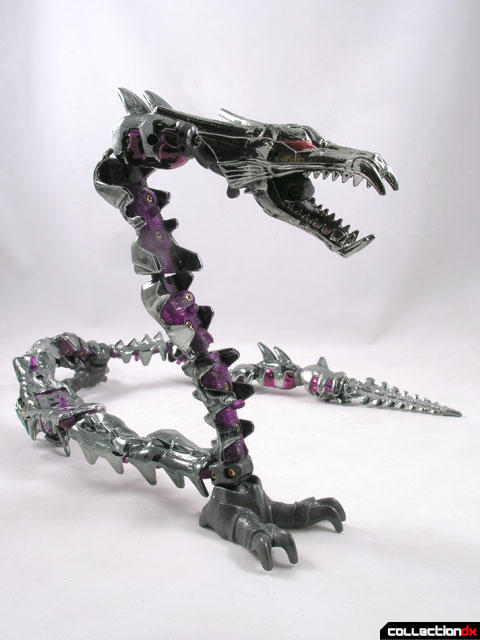 In robot mode he is only really articulated at the head and arms. this is due to the way he needs to transform. Basically, each side of his body separates into 2 halves to make a W shaped thing, which you then flatten out to make a long dragon. The right arm becomes the head and the left arm becomes the tail. Once in dragon mode, you can see the clear purple plastic that makes up the inside of the toy.

This toy has one small action feature - a lever behind the dragon head makes the mouth snap open and closed. It’s neat, but nothing spectacular. 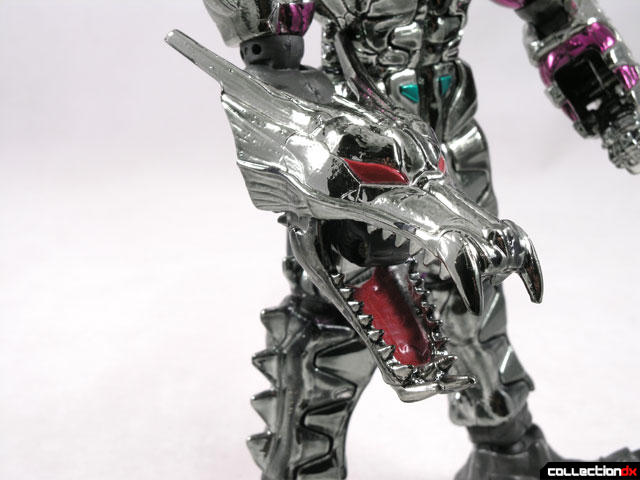 The dragon itself is kind of flimsy. The connection points between the segments are weak and tend to pop off when posing. They will pop right back in, but it's kind of an inconvenience. It's a pretty innovative toy, and Bandai took a lot of risks with it. Of all the toys in this line, I would recommend this one the most. It’s got a great look to it, and a unique transformation process. 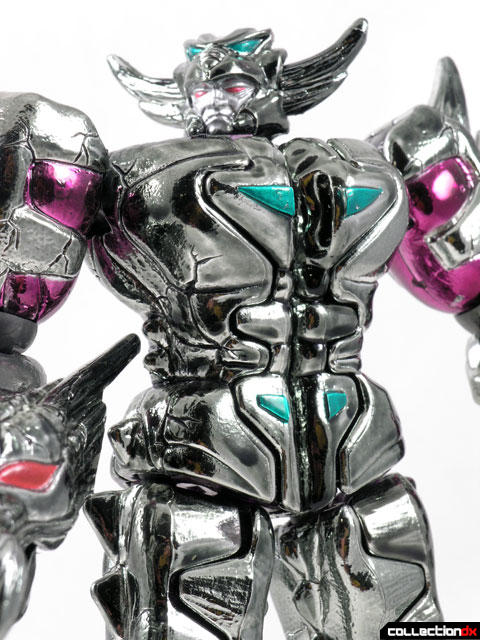 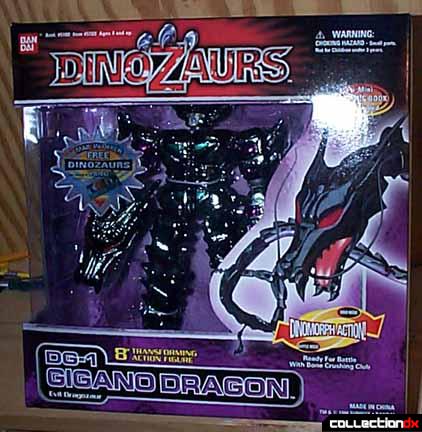 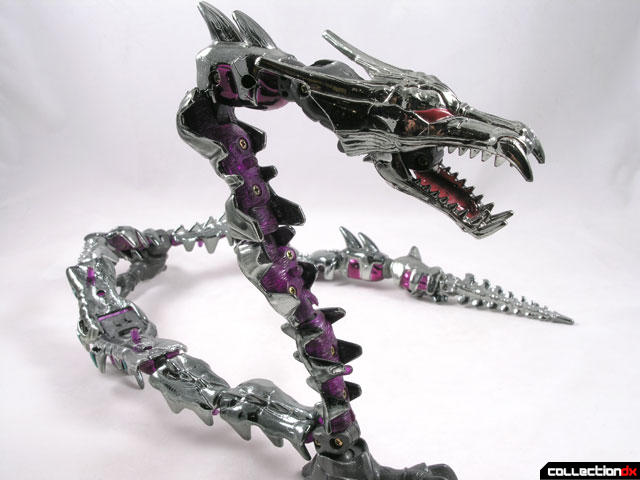 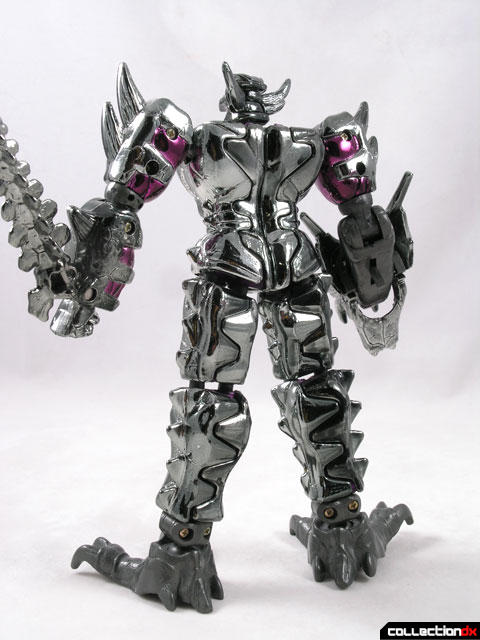 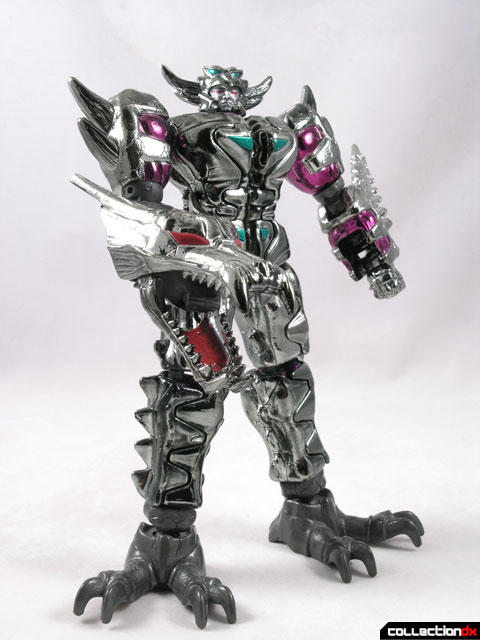 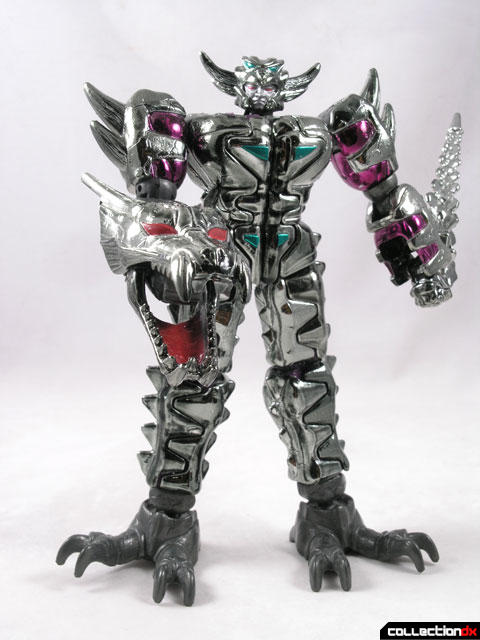