The X-Ray Turbo Megazord is a new version of the 5½" Action Feature Turbo Zord. The original was released as part of the Power Rangers Turbo line, and was painted like it appears on the show. 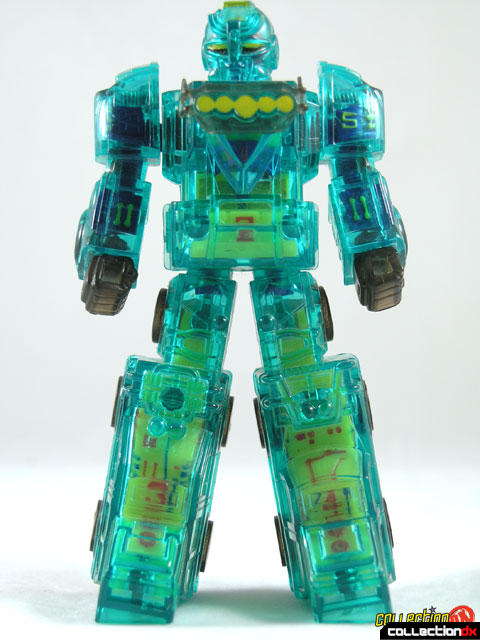 Unike the original toy, this one has no action feature. The Turbo Megazord does include a sword and a shield (not shown). 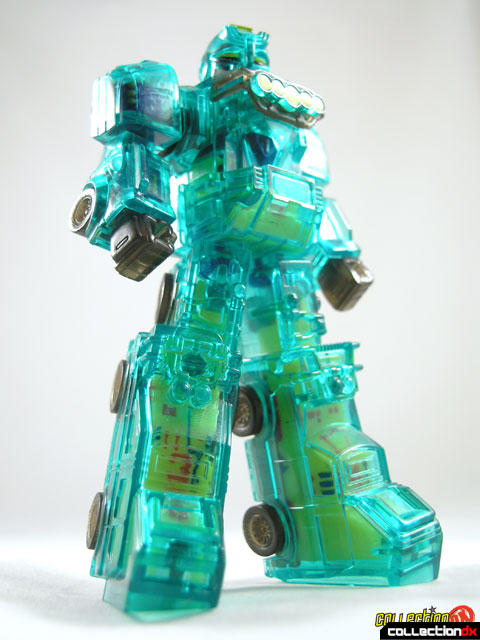 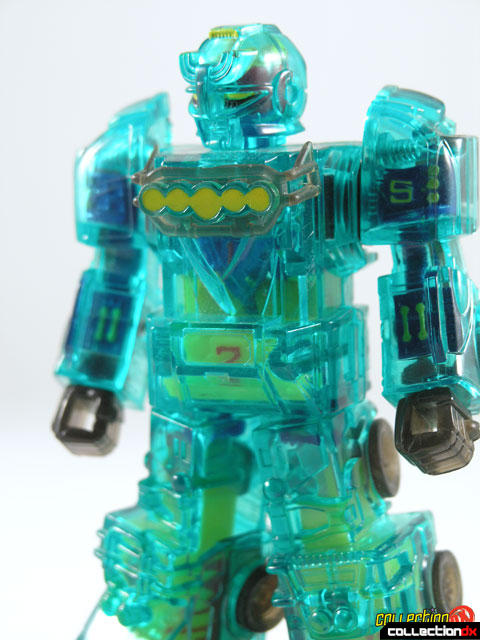 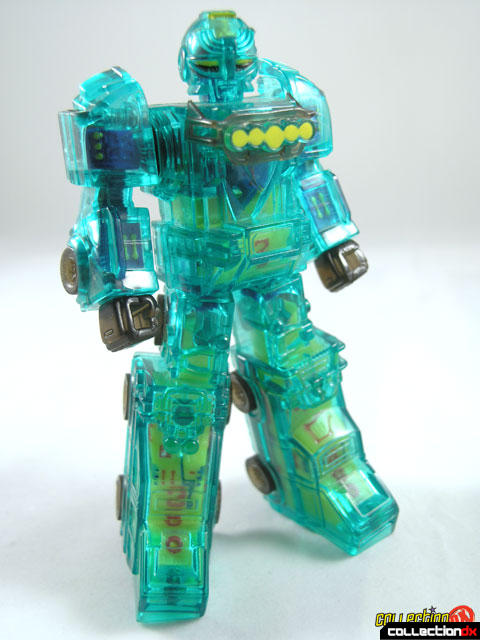 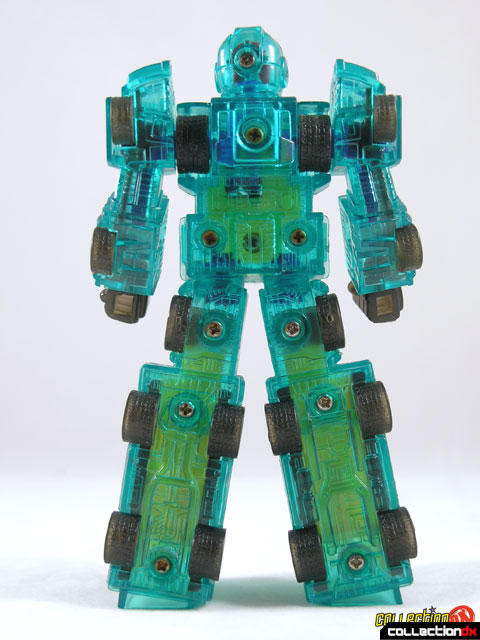