The X-Ray Lightspeed Racer is a new version of the 5 ½" Action Feature Turbo Zord, originally named Robo Racer. The original was released as part of the Power Rangers Turbo line, and was painted like it appears on the show. 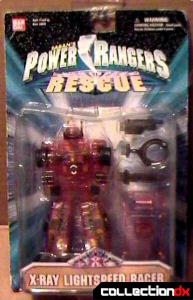 Like the original toy, this one has an action feature. A button on the back activates 2 small yellow gears on either side of the waist. That's it. The original toy featured arm swinging action, I believe. 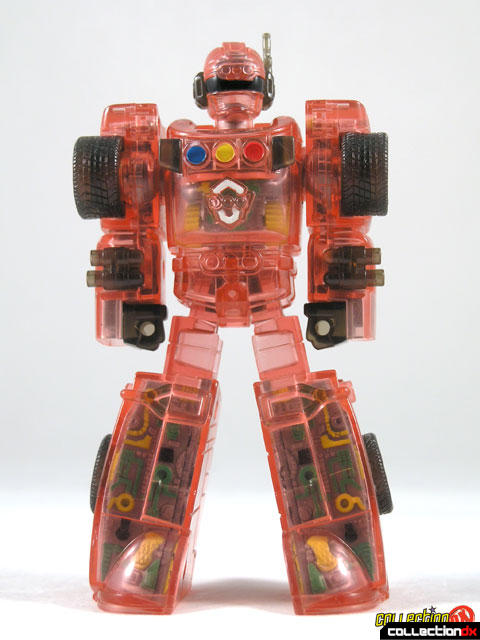 This toy also included handcuffs, blades, shield and a blaster (not shown here). 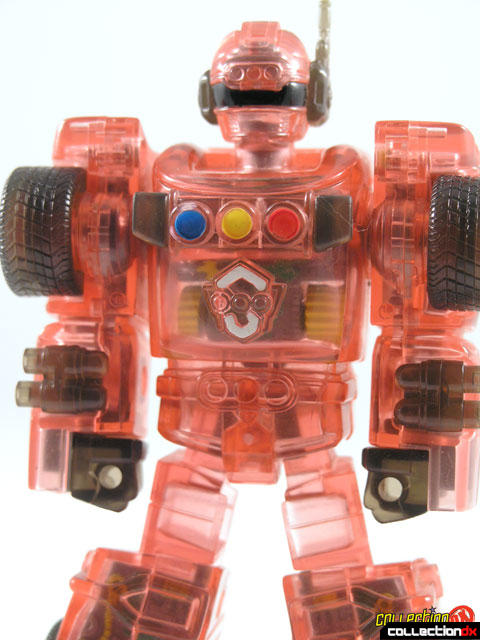 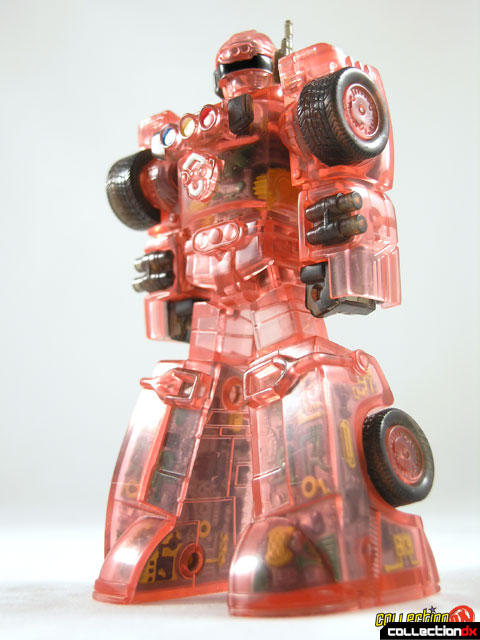 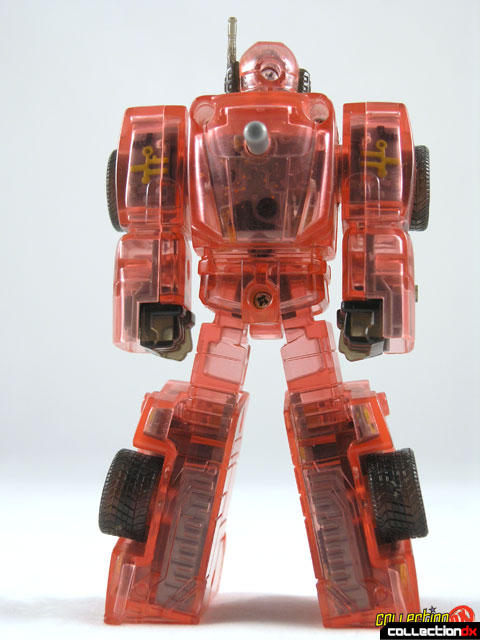 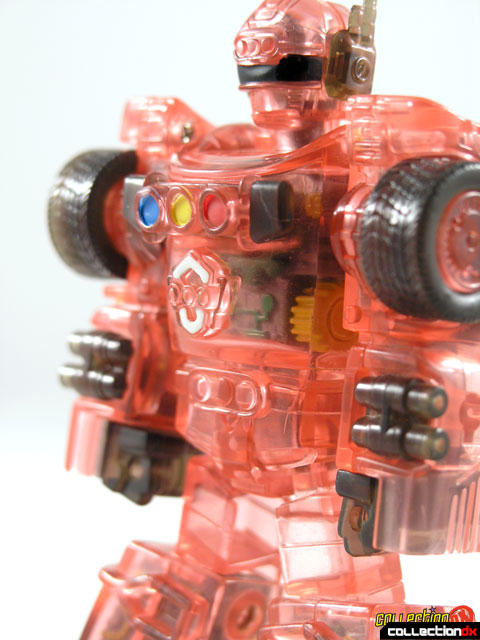 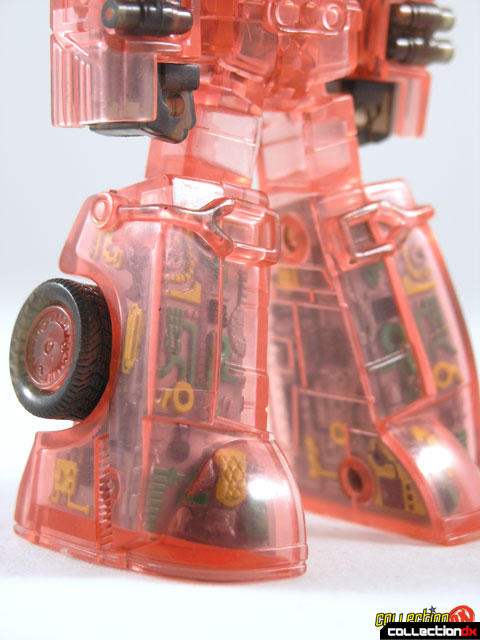 Bandai America released 4 X-Ray zords - the Red Lightspeed Racer, the Green Turbo Megazord and a Clear version of both.