Vampire Curia (キュリア)was the first release in the Resurrection of Monstress line, a series of figures inspired by illustrator Yasushi Nirasawa. 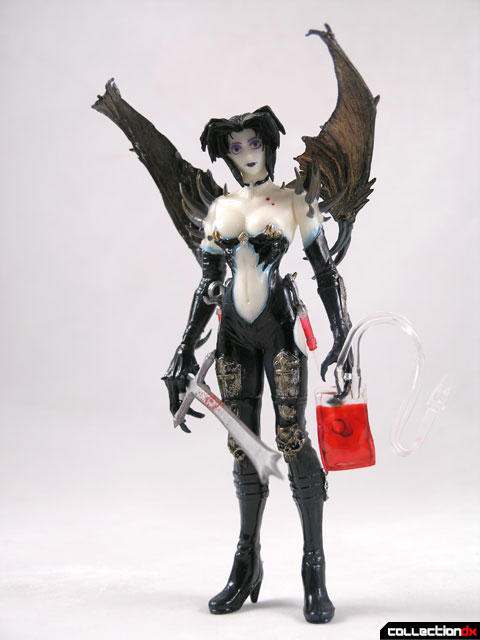 Curia set the tone of the whole line, with her exquisite detail, numerous accessories, and of course, variants.

She is a Vampire Hunter
with the blood of a vampire and a demon
With her haunted past, she is destined
to wipe out all vampires
with her demonic sword "Bloodua” 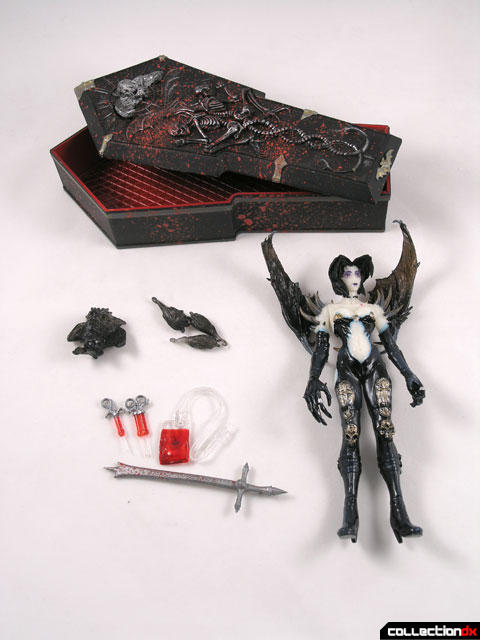 The figure comes with a bunch of cool accessories: 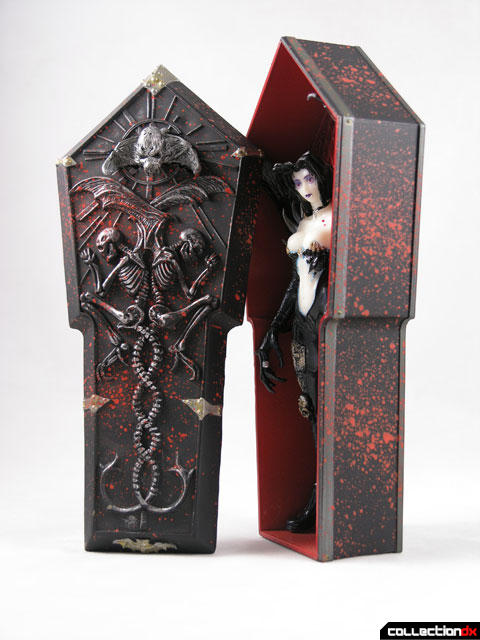 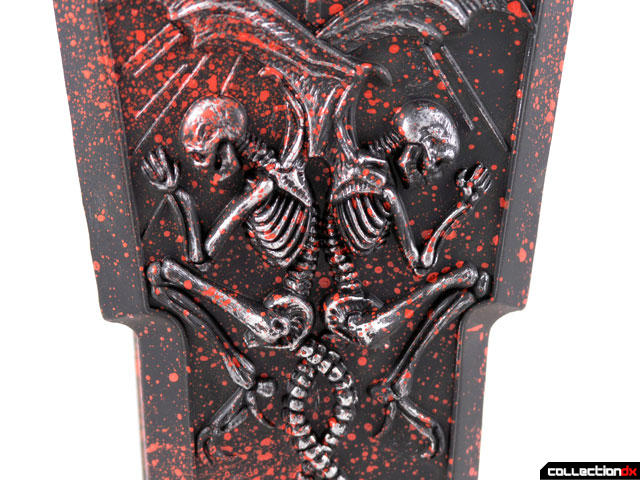 The figure is essentially fixed-pose. The only articulation is at the neck, shoulders and one wrist. The wings on the back do not move but will break off easily. (They can be easily re-glued). The sword can attach to her hand by a peg in the handle, and the syringes can be hung on hooks at her hips. 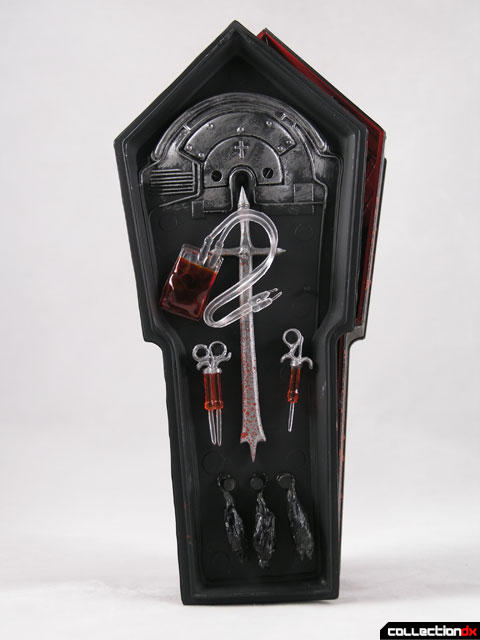 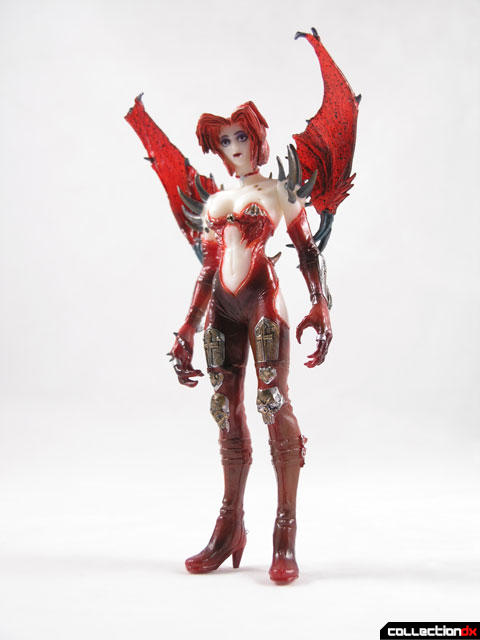 I actually think the Limited POP version looks better than the regular. In addition to the red paint job, the POP version comes with a glow in the dark head for the coffin lid! 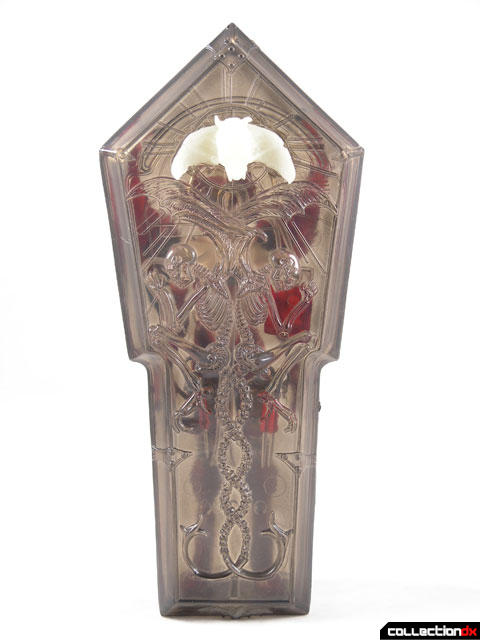 Also, the little monster is better detailed than the one that comes with the regular version. 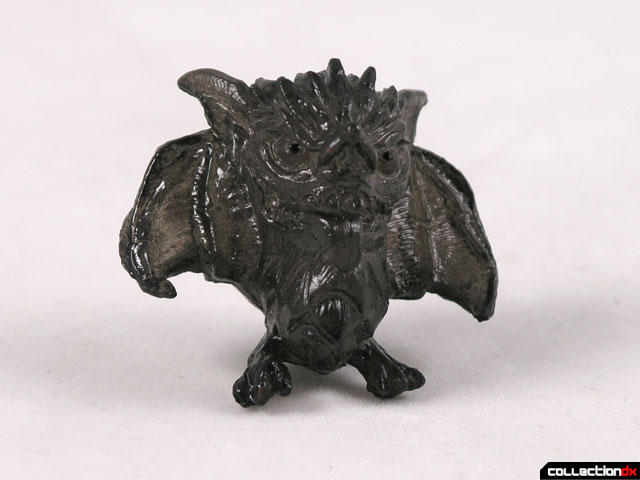 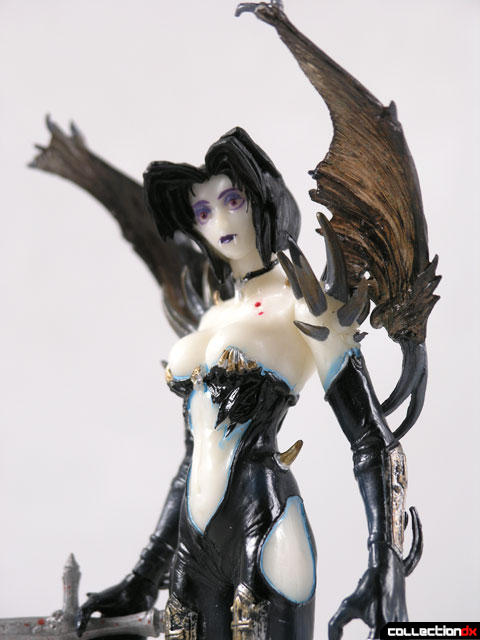 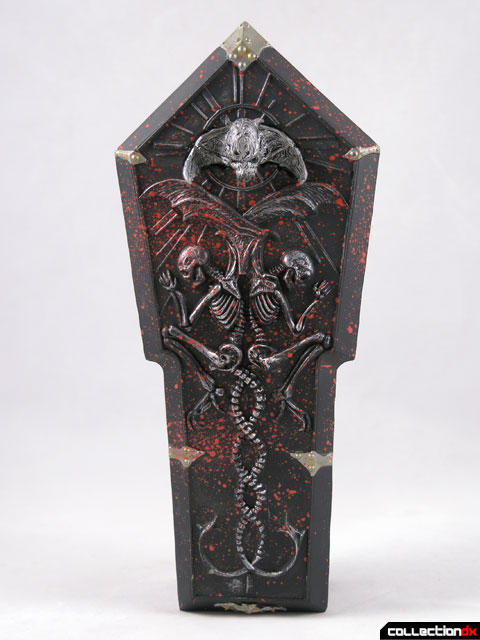 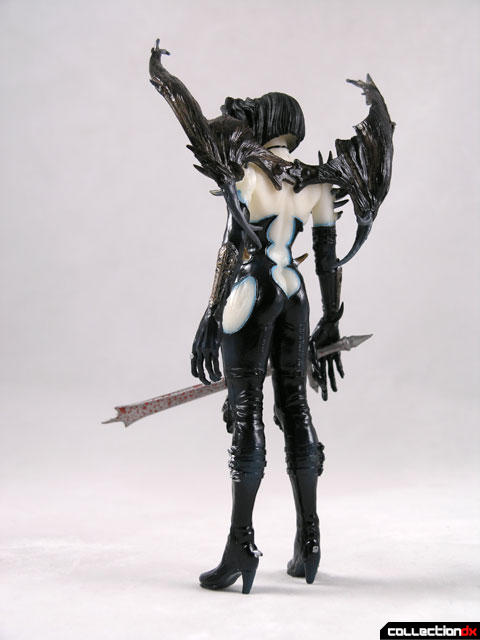 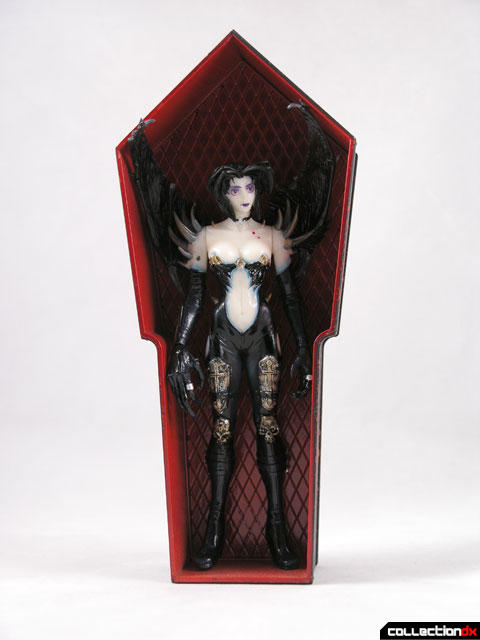 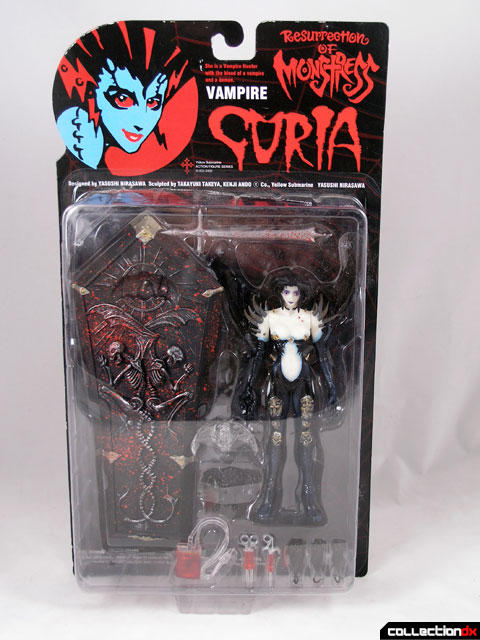 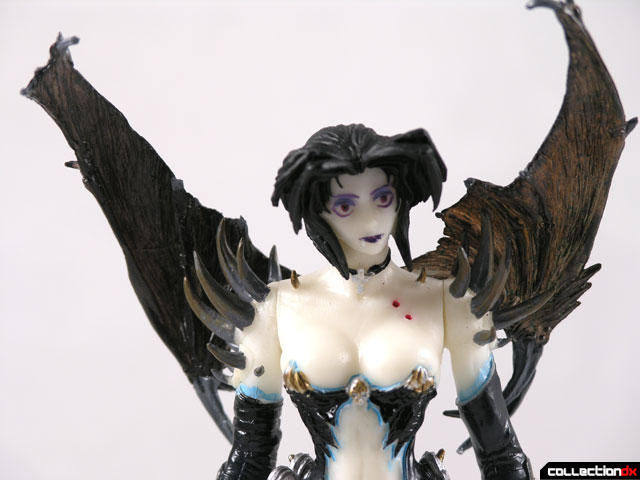 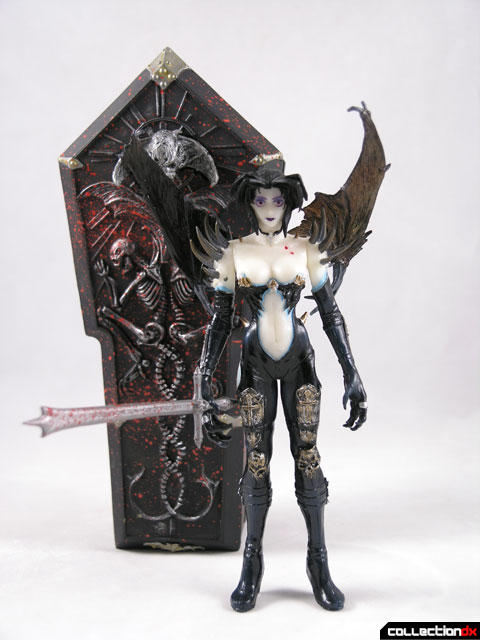 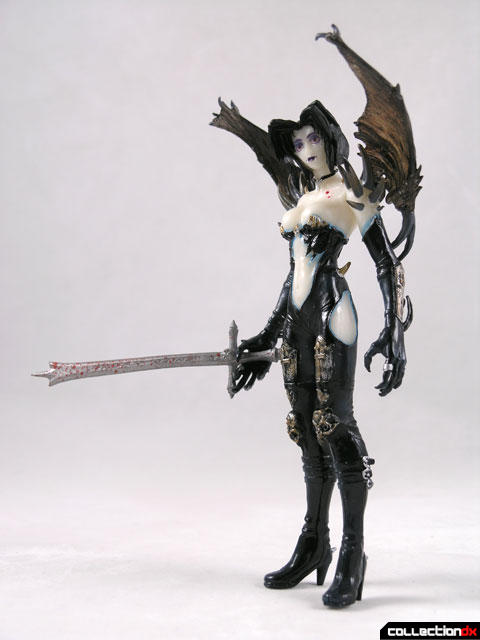