As a mecha fan, I'm ashamed to admit that my largest experience with Tetsujin 28-go is actually via Naoki Urasawa's manga, 20th Century Boys. However, his later incarnations from the 80s and 90s remakes seem to get more merchandise, so when I happened upon this figure, I couldn't pass it up. 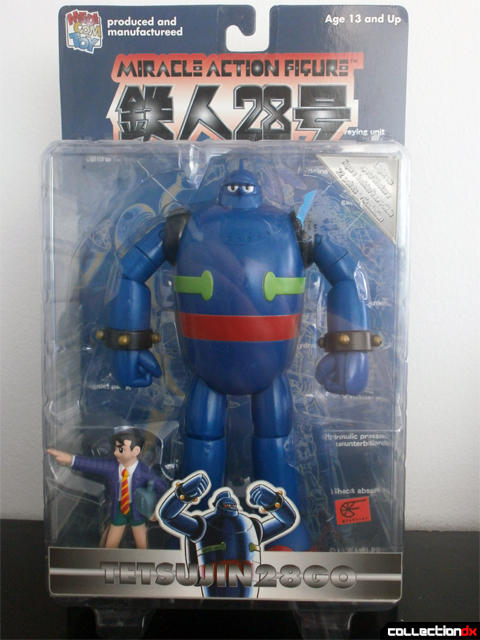 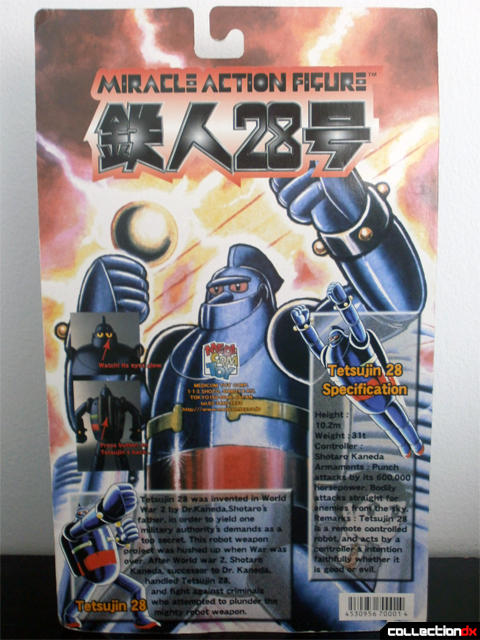 The packaging is full of personality, giving you plenty of Tetsujin facts and backstory. 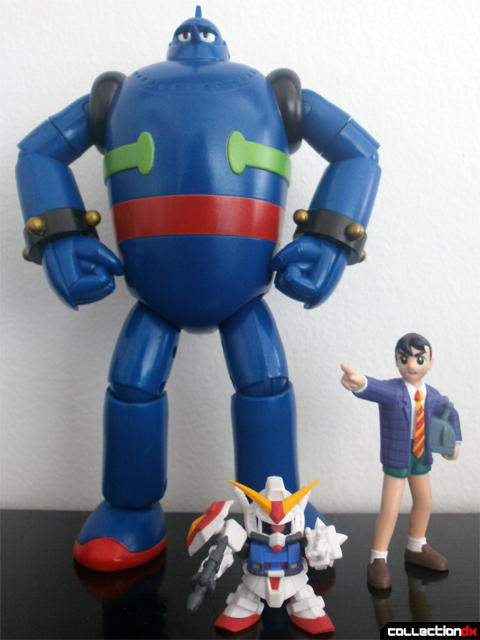 It's a pretty big toy, too. It's 8 inches tall and entirely plastic. Also included is a figure of Tetsujin's young controller, Shotaro Kaneda, definitely not in scale. 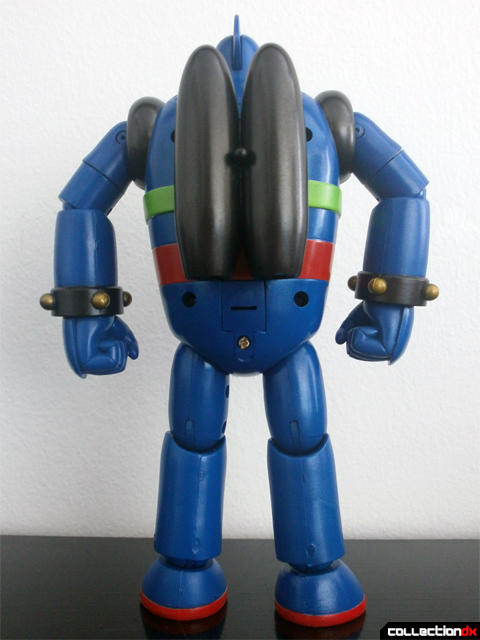 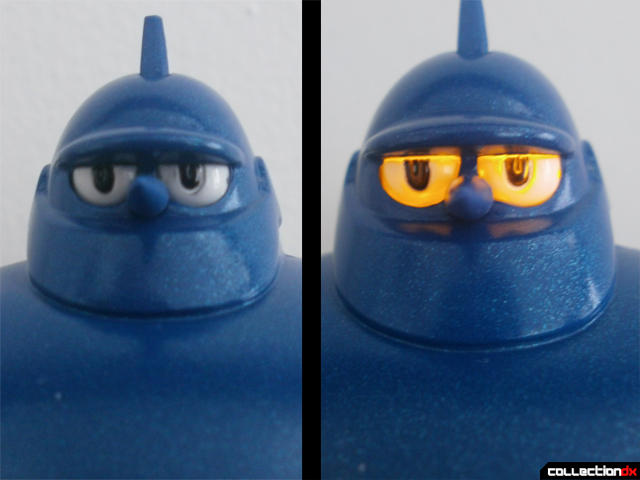 All the screwholes are on the back, along with the button in the middle of Tetsujin's jetpack to turn on his glowing eyes. 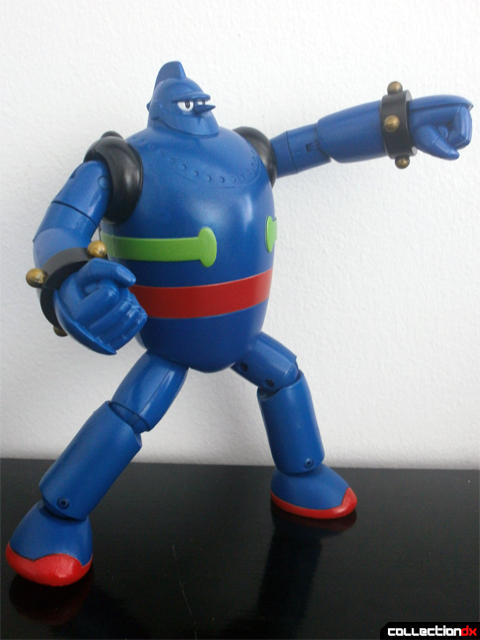 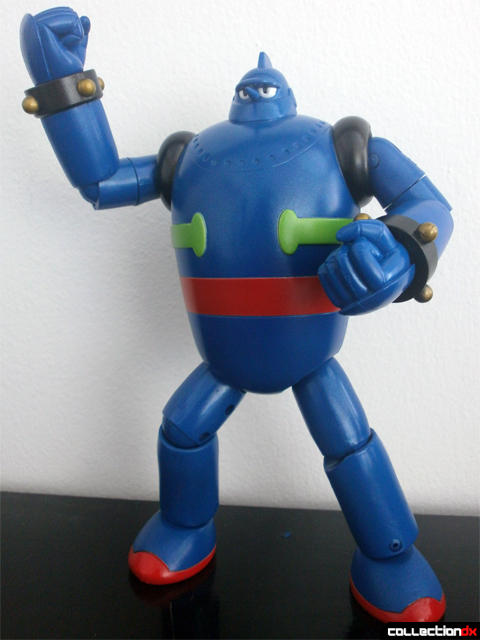 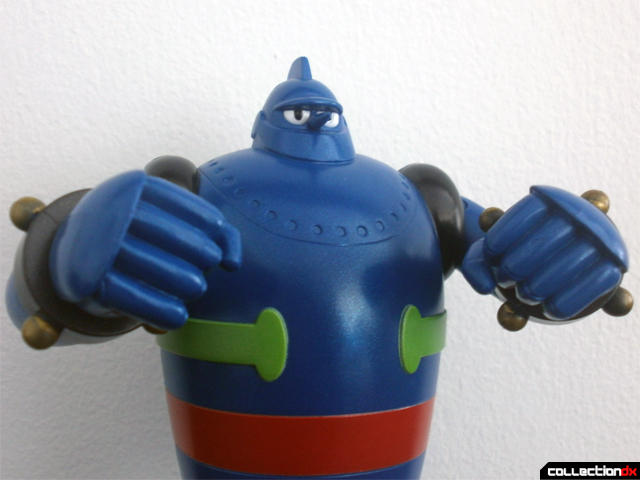 While this Tetsujin's articulation doesn't measure up to more recent toys, he can still throw a mean punch. At first his legs can be a little uncooperative but once you figure them out it makes Tetsujin much more vibrant. 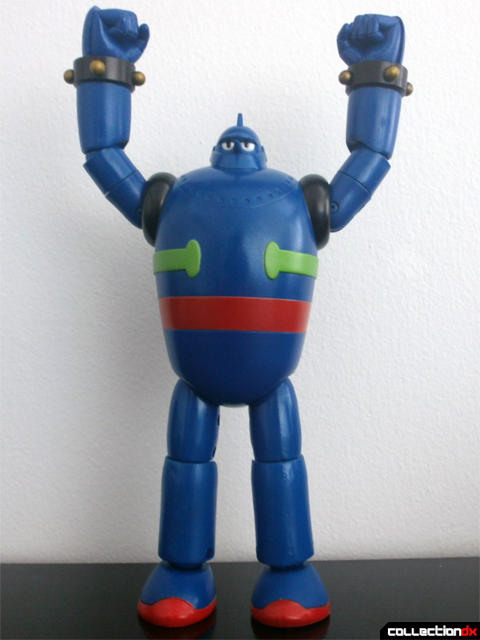 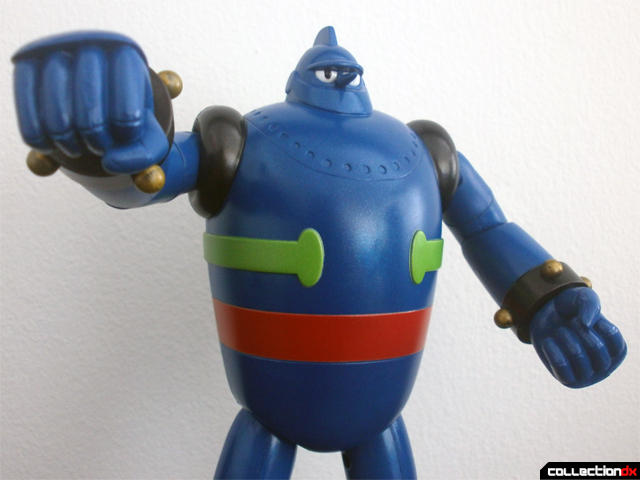 And he can pull off his most distinctive poses with ease. 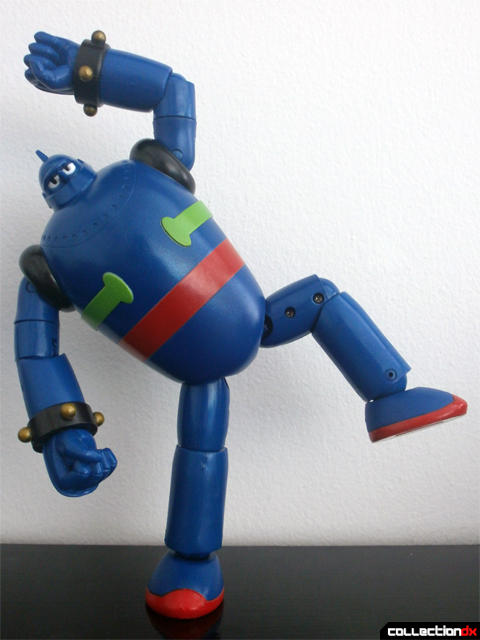 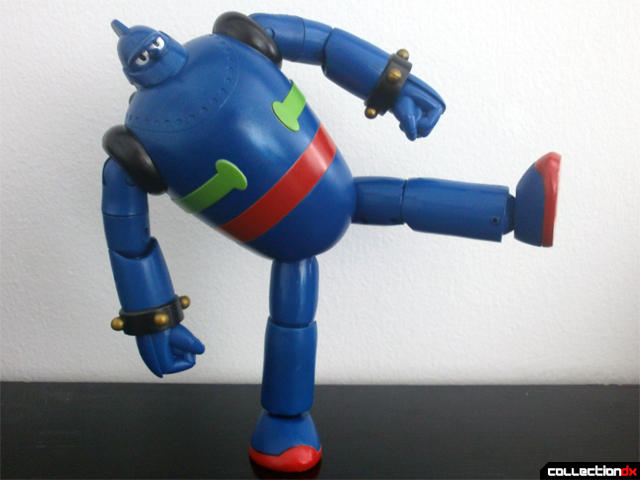 However, if you're trying to get him to do a kick, the best you can get is Tetsujin's Michigan J. Frog impersonation. 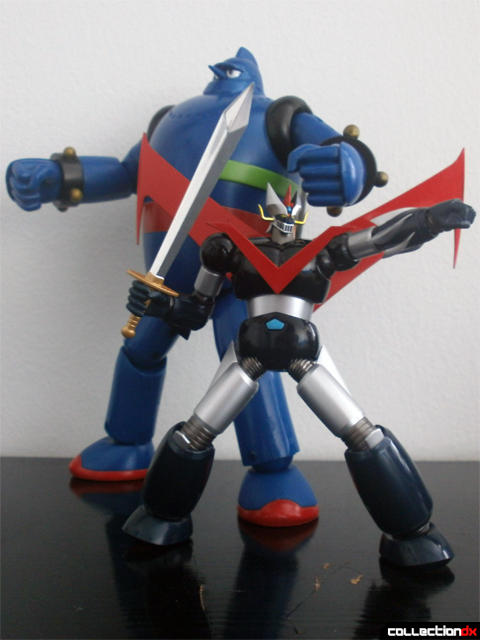 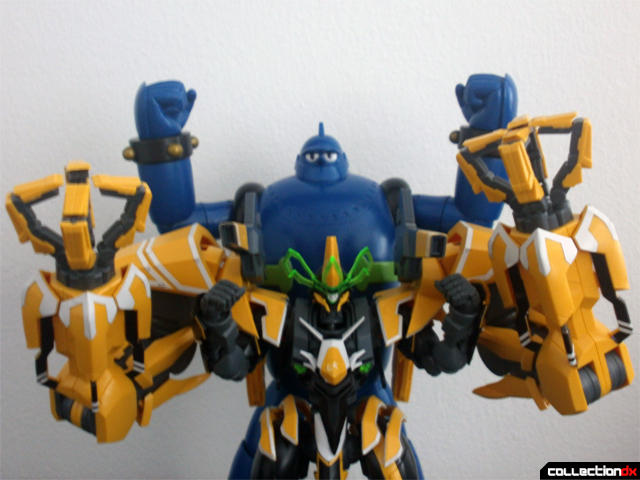 While he's a lot bigger than most of my mecha collection, Tetsujin looks great aside other robots both old and new. 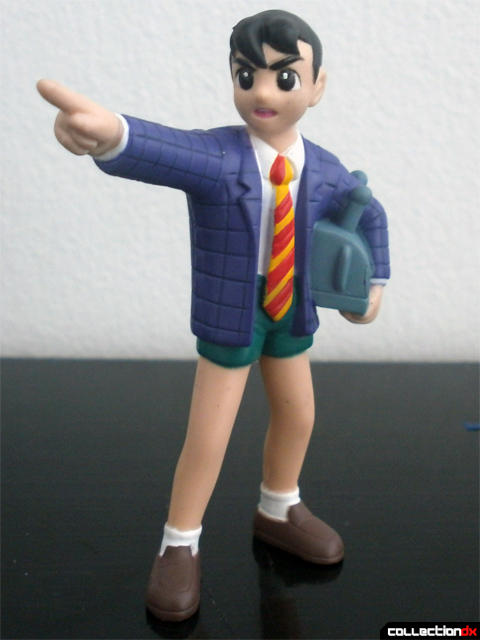 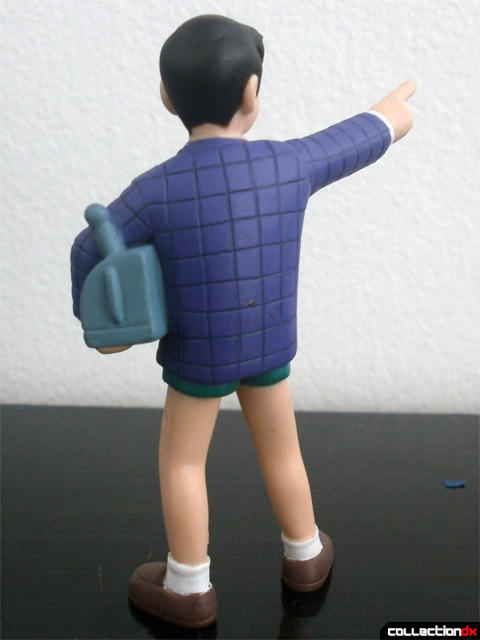 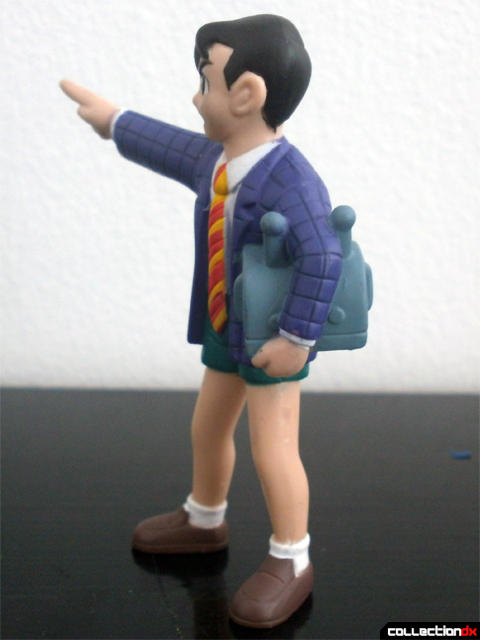 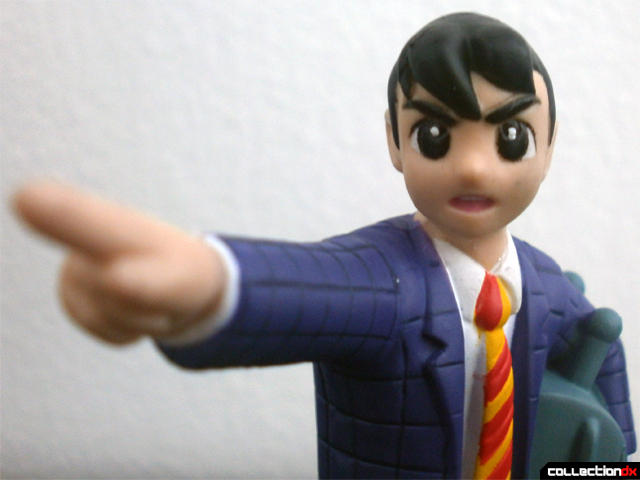 The accompanying Shotaro figure looks great too. It's not articulated at all but he looks just fine ordering Tetsujin into action. It's kinda cool to have a figure of the original robot operator, who started a long tradition of shounen protagonists in suits and boyshorts.

You can still find this toy online for around $40, which is a little much. However, if you stumble upon this Tetsujin at a random comic store for a good price like I did, I'd highly recommend it.

Medicom's Miracle Action Figure series is really an under-appreciated line - really well done, sturdy action figures- often with light up gimmicks. T-28, Black Ox (awesome!), Giant Robo, and Atom (Astro Boy) are all great toys. I've since replaced mine in favor of go kin versions like the great Soft Garage T-28 and GR and the SOC Black OX but still regret doing that to this day.