The first Microman Spy Magician figure appeared in 1976 as a follow-up to the Microman Zone series. These figures were now packaged in cardboard window boxes, as opposed to the plastic capsules of previous figures. 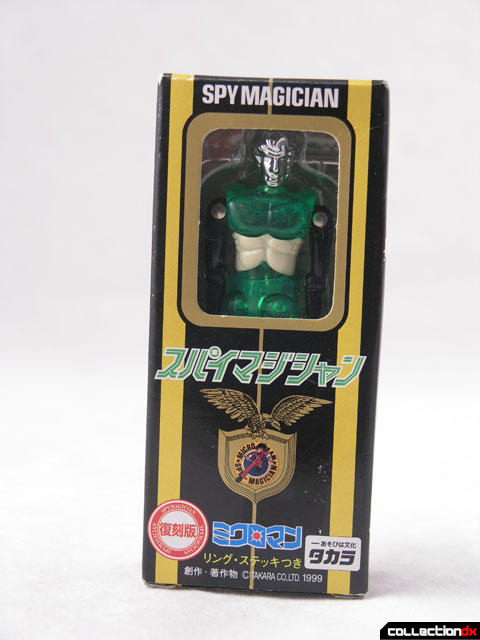 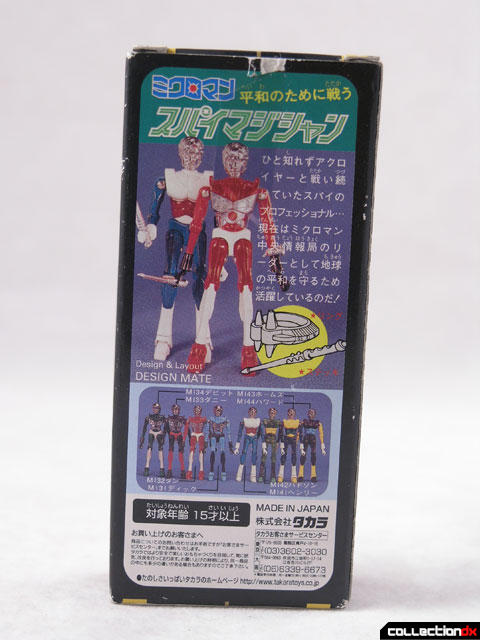 Takara reissued the Spy Magician figures in nearly identical packaging in 1999. I admit, I bought this thinking it was vintage. Still, it’s a cool piece for a reissue. 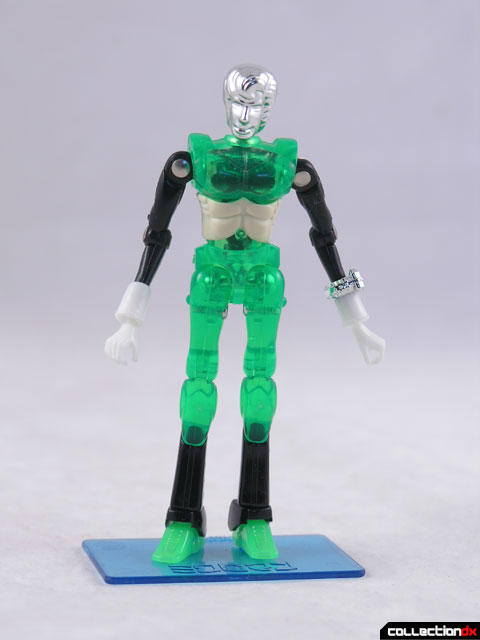 The figures are identical to the original, right down to the accessories. They sport the signature chrome heads and translucent bodies. 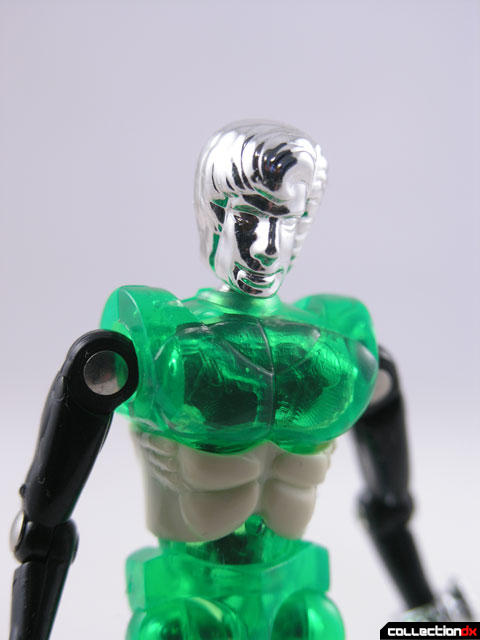 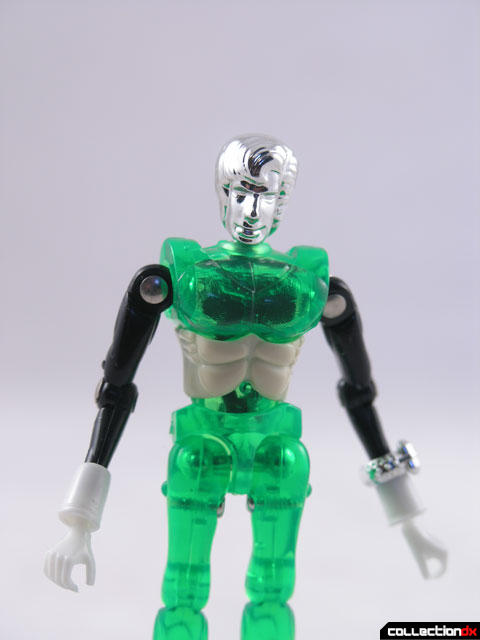 Vintage Microman figures are less articulated than their modern counterparts, but I don’t think they suffer for it at all. 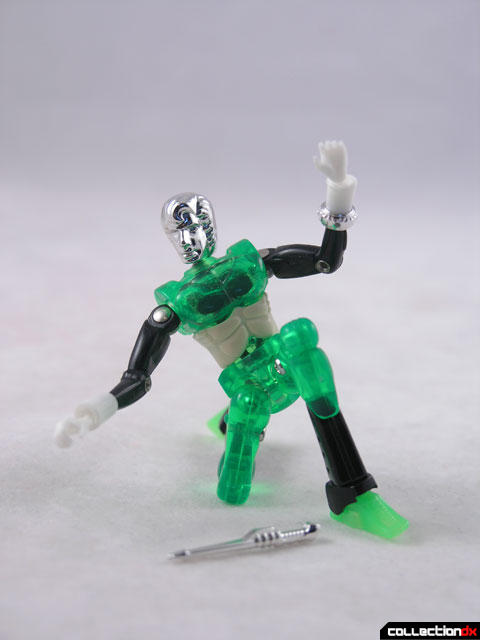 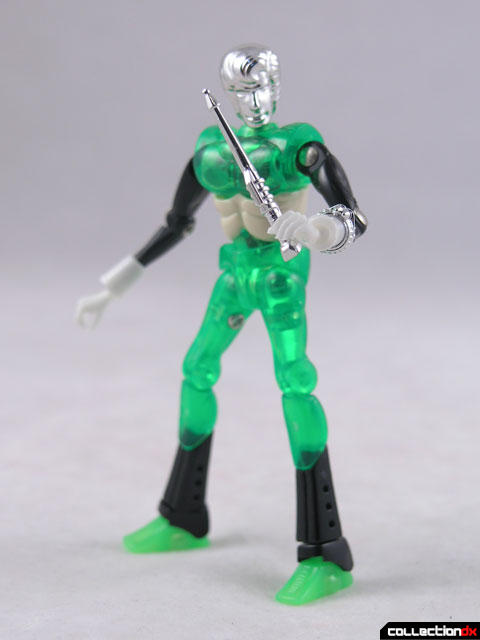 You have to remember; in 1976 Kenner had not yet introduced their Star Wars figure line. Kenner may have set the standard for 3 ¾ action figures, but Microman were clearly the superior product, and earlier to market. They had more articulation, more accessories, and cooler materials. I mean, this style Microman would not feel out of place if introduced today. 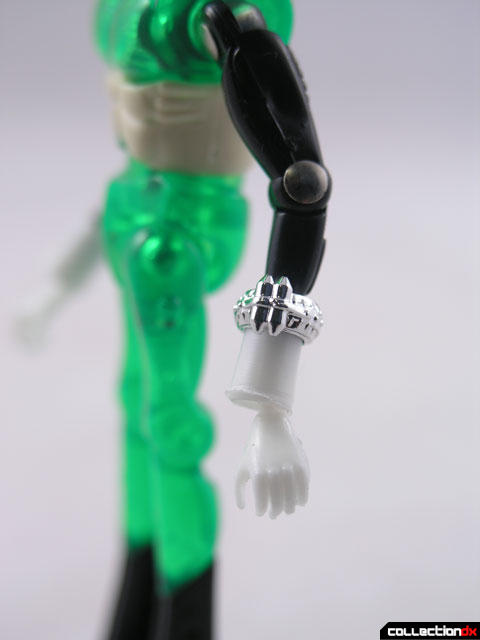 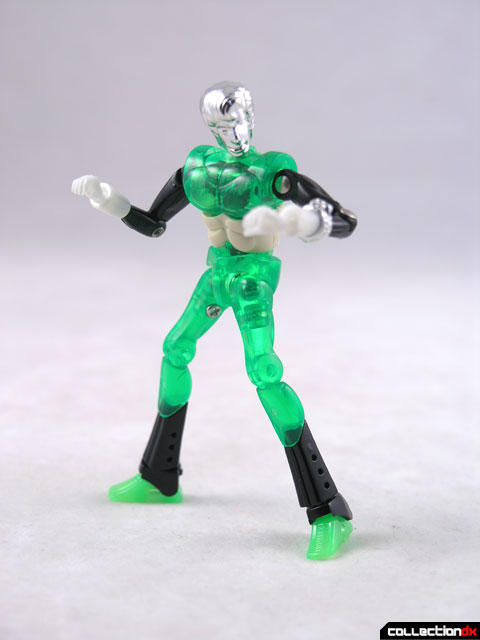 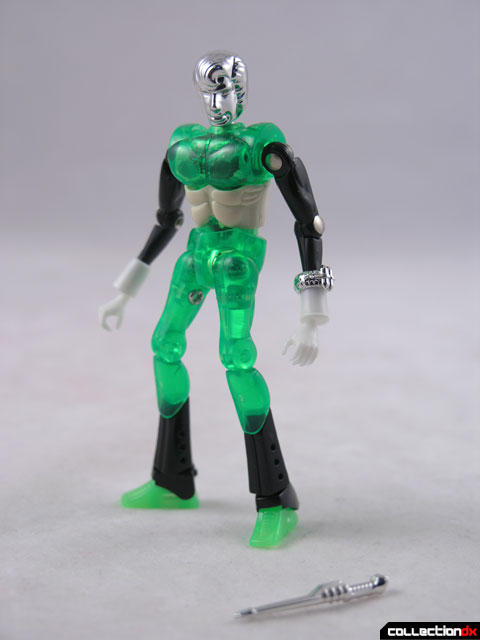 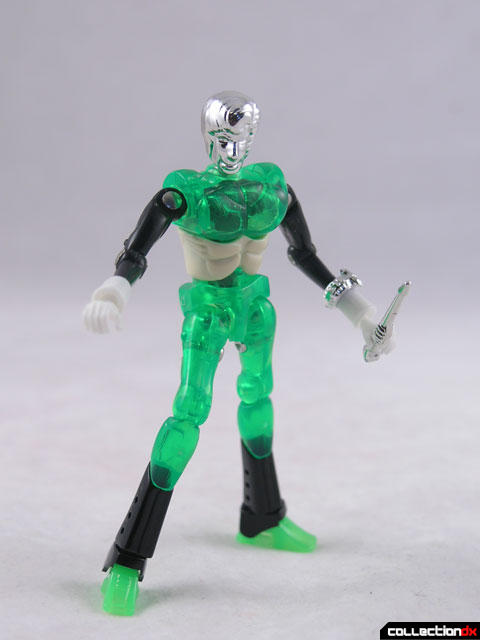 Currently owning this toy, I have to agree. He's awesome. In a way, though, it kills me to feel the quality in this reissue figure and then see people have all sorts of problems with the modern Microman stuff from around the same time.

Well the issues are more with the Palisades (micronaut branded reissues) than the Takara Micromen (modern style) ones... and that is saying something... I think a lot of these re-issues not being continued have a lot to do with the poor quality of the plastics used in the Palisades re-issues. Even so the Palisades stuff is still a lot of fun, and you guys in the midwest can score them for so cheap... This is a Takara re-issue so it's a bit more sturdy... but it's worth noting that a lot of the Pailsades figures break right out of the package too. Spy Magician is one of the ones that seems to be great regardless.

I was deep into Microman and Micronauts in the 90's and I am very excited to see you guys doing reviews... this is a line people have been sleeping on for years, micronauts/micromen and their vehicles look so awesome in dioramas and displays.

go to Henshin Cyborg land as well... that stuff is next level awesome when you compare it to the Micromen. Really trippy and fun with a great sense of discovery... while I sold off my Micronauts and Diaclone long ago I would love to help with reviews on the Henshin Cyborg stuff if you need it as I still have a few pieces.

I wouldn't be my proper pedantic Micro-collecting self if I didn't respond to this one...

The Spy Magicians are certainly among some of the best figures of the original Microman run, from what I think many fans consider the peak time of the series in terms of 10cm tall figures, along with the Command figures--after that (aside from the MicroKnights) the Police Keeper and Rescue figures were largely more simple in design and more generic (though no less fun to army build with!). Also the Magnemo-8 Titan and Titan Command Gimca figures were pretty popular around the same time in the Microman line.

The only marked difference between the replicas from Takara and the originals is the bottom of the foot is hollowed out between the toe and the 5mm socket for some reason. The originals and the Romando replicas from 1997-1998 have solid feet (as do the Micronaut figures that use the same foot type). Not sure why Takara changed it other than perhaps to make it easier to identify their replica versions this way.

The breakage issues did occur in some of the 2004+ Takara Microman figures, mostly in some hip joints and some cracked ankles and feet, though this was particular tinted colors and very specific figure releases that had these issues, so it was not widespread across the whole line. However, somewhat unfortunately, a rushed US release of the BioMachine Machine Force sets had pretty universally fragile ankles on most of the figures and many were broken in-package. On the other hand, the 1999-2001 series--the broader "Magne-Powers" release--is an extremely hardy and playworthy toyline overall, other than a few initial cheapo figures in the lowest price range that came out at the very beginning (the "ChangeTroopers").

As for Palisades, both Ray Miller and I have written in-depth guides elsewhere to which figures are reliably more problem-free, I'll see if I can scare up a link later. But to put the main bit in a nutshell: Series 1 should be mostly avoided, while series 1.5's Acroyear is the best in the line and worth tracking down, and all the opaque figures in Series 2 are generally without any fragility concerns. The clear tinted ones are more hit and miss, and I'd avoid all the magnos except maybe Red Falcon.