Bandai America has been distributing Japanese toys in the US since the 80s, and we thank them for that. But they haven’t all been smash hits like the Power Rangers.

Back in 1999 Bandai America tried their hand at an anime theme line by putting out a series of fixed-pose final fantasy figures. These figures had ONE point of articulation, a weapon and a stand. 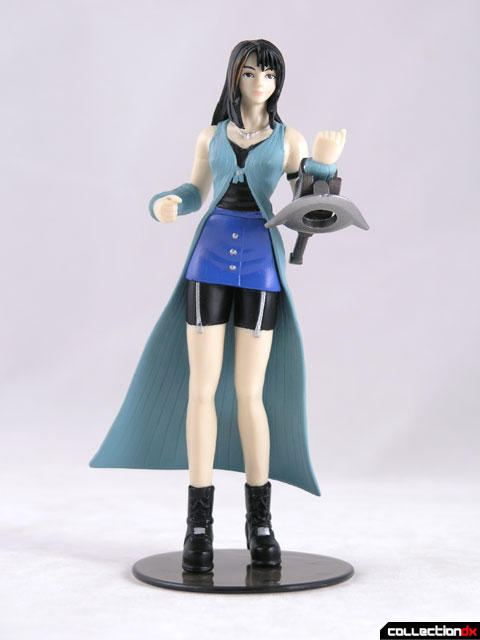 Rinoa Heartlilly is part of a line called Extra Soldier. These 4”-ish pvc figures are essentially trading figures re-packaged as action figures. Unfortunately, they do almost nothing. Rinoa can move her arm at the elbow, but that’s it. You can attach a weapon to her arm, which is oddly made of two parts. So you can’t point basic joint work on this figure but you can create a miniscule weapon with two parts? 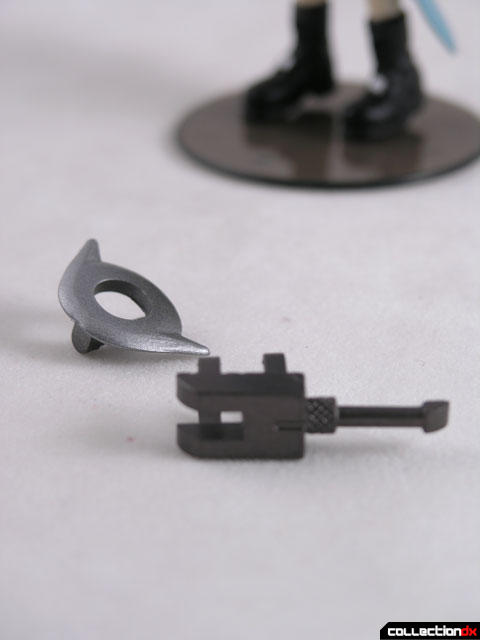 It’s nice enough if you are a FF fan, otherwise, skip. 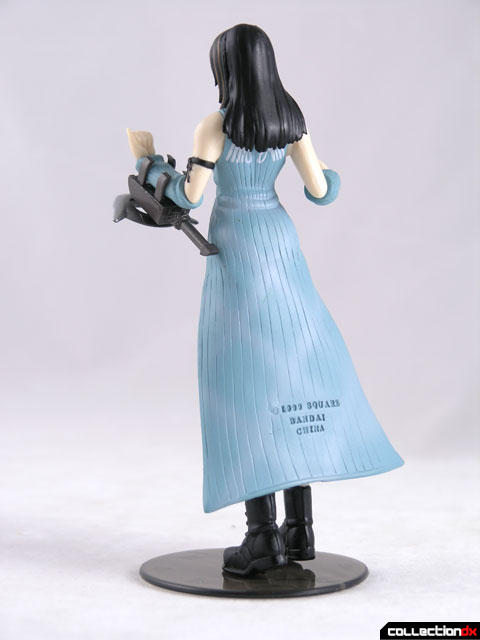