Nova’s Ark is the first in a series of robot-themed children’s books by beloved author/illustrator David Kirk. Kirk is best known for his Miss Spider series. At the turn of the century, Kirk integrated his love of robots (by some accounts he has built and sold his own robot toys for years) and lush painting style into the realm of CGI graphics. For Nova’s Ark, Kirk first painted the pages, then consulted with a CGI outfit to build and render he images in 3d. The results are beautiful. 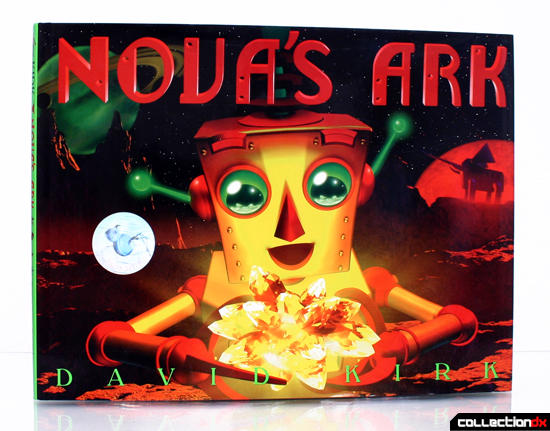 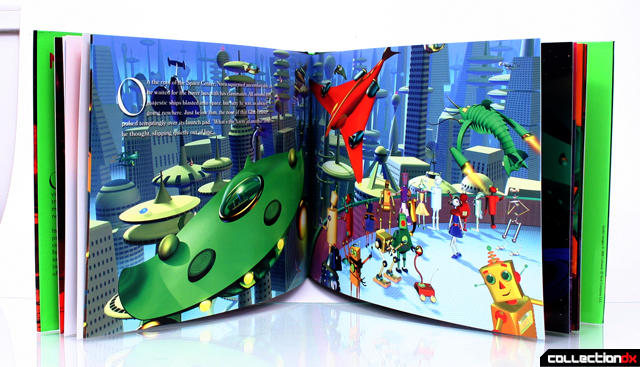 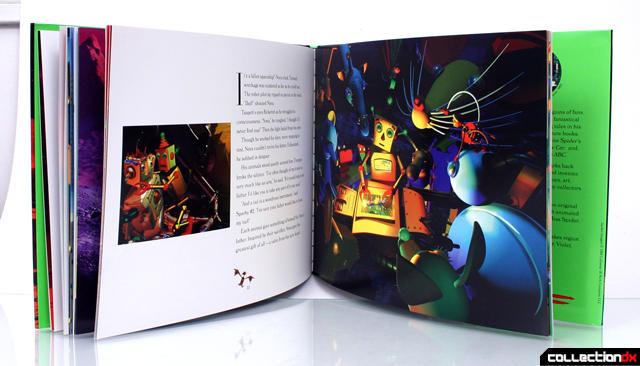 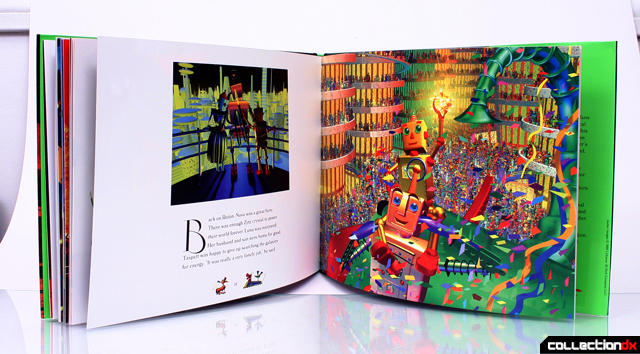 Trendmasters produced two Nova playsets and an electronic toy a decade ago. I've seen these toys kicking around on the secondary market for years. While the second-most important descriptor, “magnetic,” was attached to the playsets, I held off. I am, above all, a modern robot guy. I certainly appreciate the classic robot aesthetic, but I don’t really connect with designs from the pre-super-robot era. Nova and his world are steeped in the mid-century design ethos, closer to the retro-futuristic art-deco Pixar Robots than the Post-Modern gloom of my generation. Still, it’s a magnetic robot set, and one canny Ebay seller had the good sense to snap a few gorgeous pics of the actual product, so I bit the bullet. I’m glad I did.

The Nova and Sparky set is packaged in a saturated window box. Millions of awful wire-ties hold the figures inside. 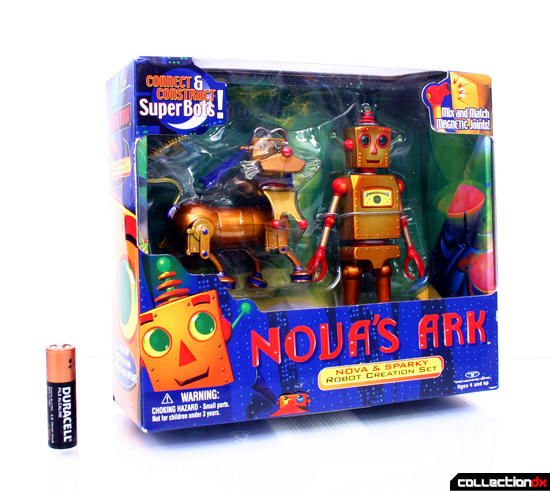 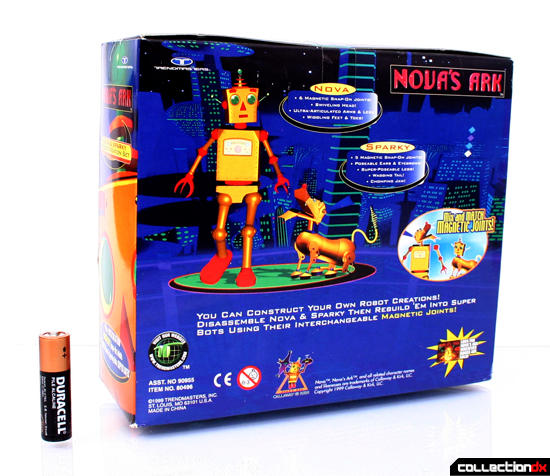 The first thing which occurs to me is how amazing the finishes are. The rich gold paint has an automotive feel to it. I like the rivet and panel detailing. 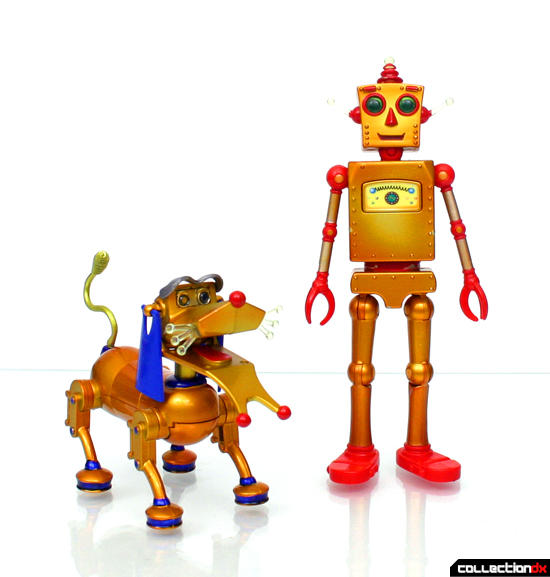 Nova’s play value more or less lives up to his looks. My only gripe is that the elbows don’t bend. Everything else does, though, including a waist joint. 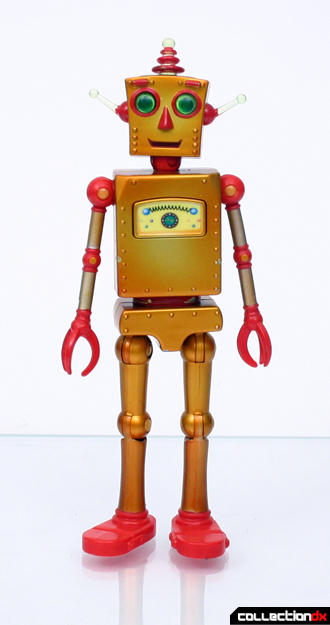 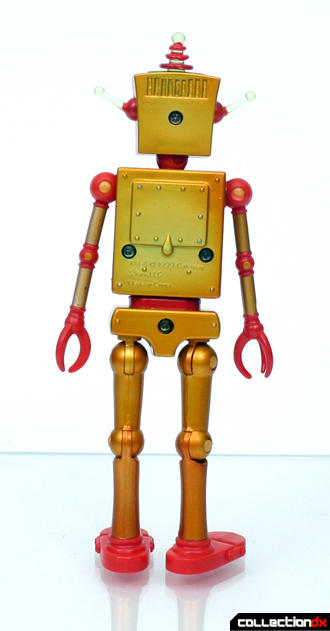 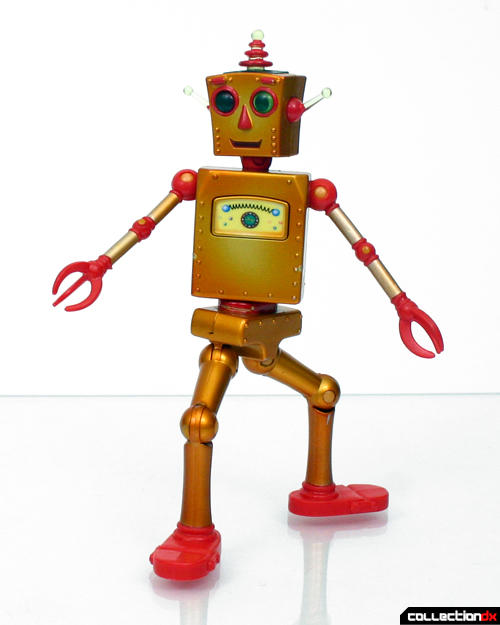 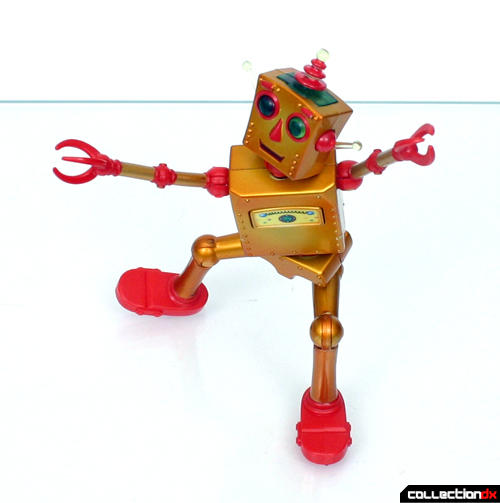 Sparky is a less dynamic figure. The magnetic legs are grooved so that they don’t move once you’ve plugged them in. Sparky’s head is a delightfully psychedelic assemblage. 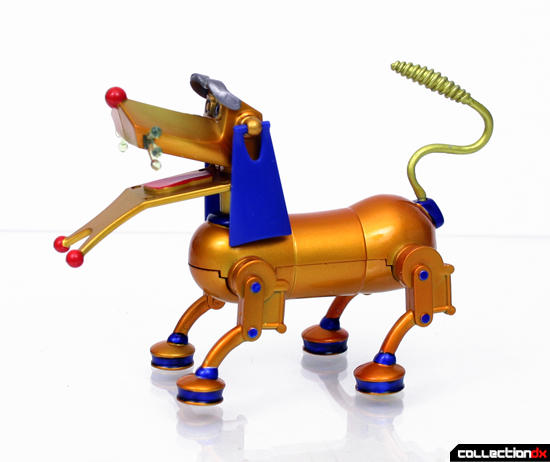 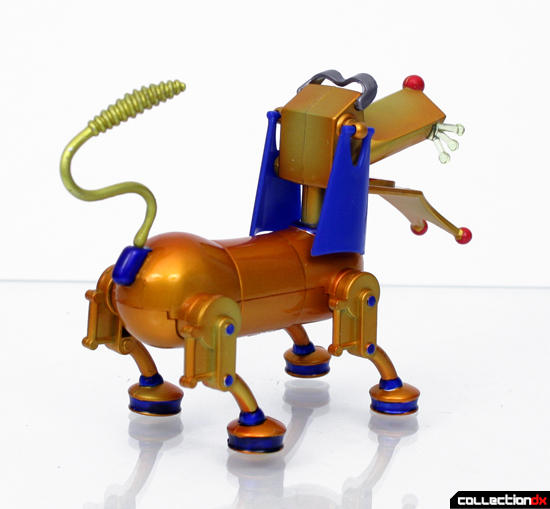 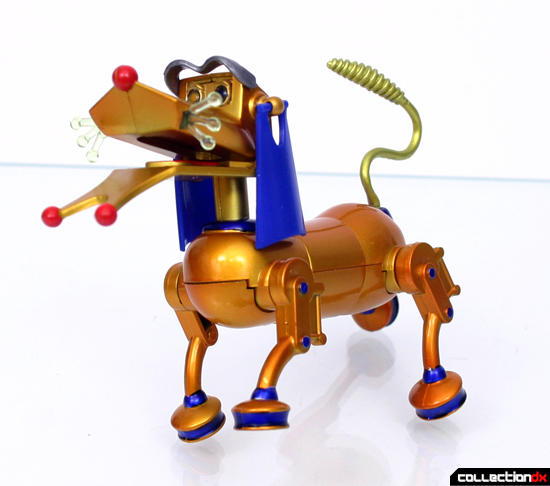 All of Nova and Sparky’s limbs are attached magnetically. Interchangeability is actually an important part of the story, so the gimmick is appropriate. 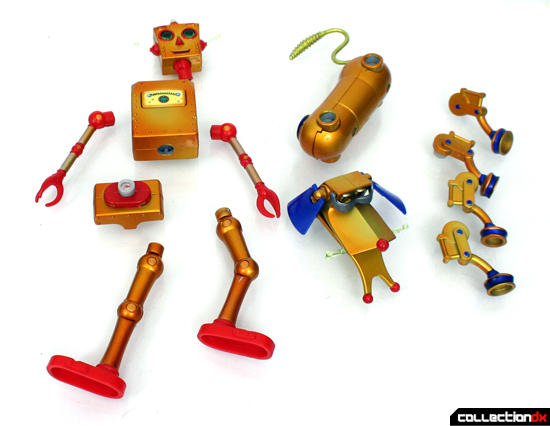 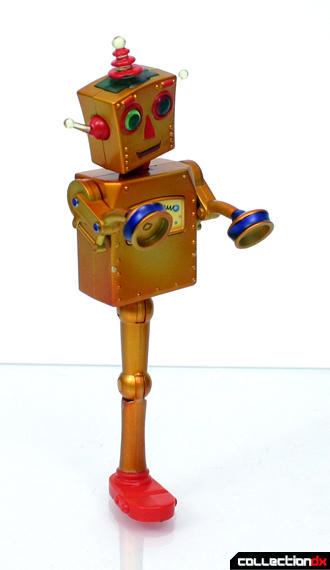 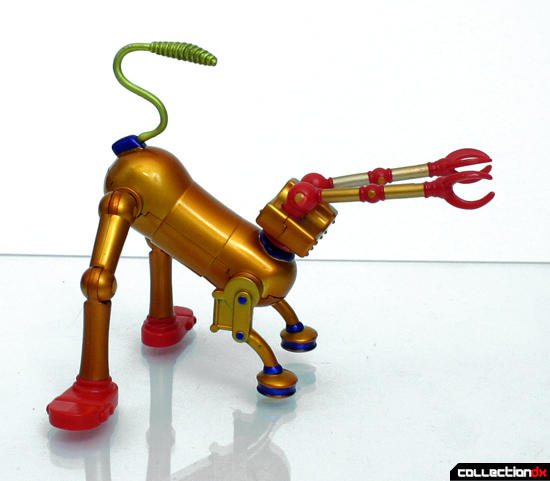 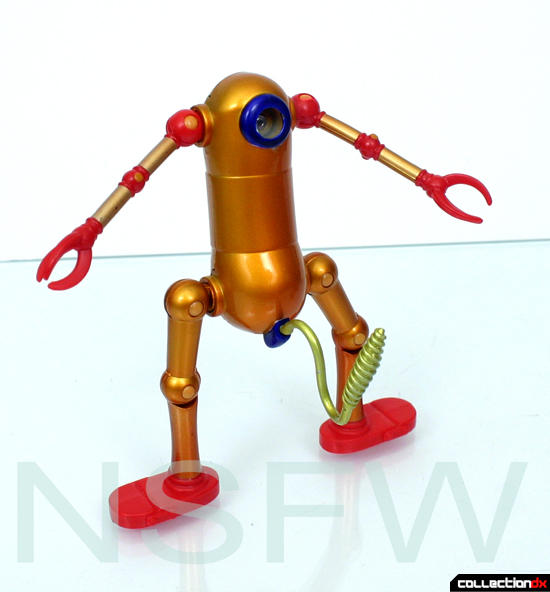 As with all modern magnetic toys, the magnetic strength is too weak. That said, you can still have fun with it, and the addition of the other set improves the possibilities. 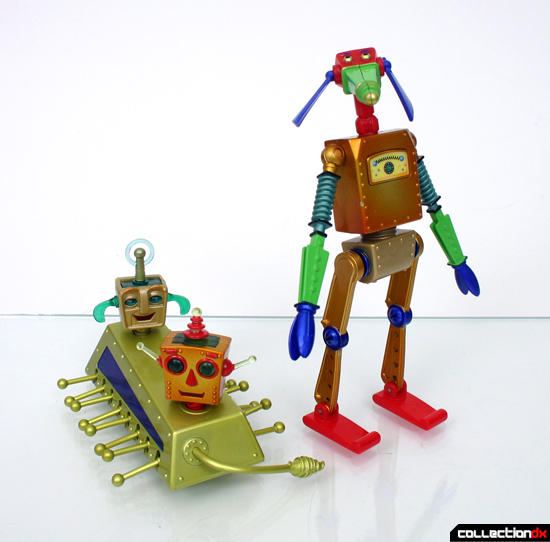 Though the joints don’t allow for it, I can’t help but attempt a Jeeg-Like centaur mode. 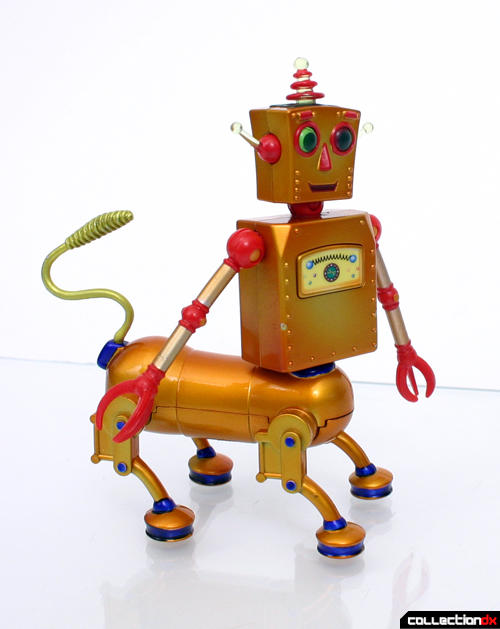 I’m happy I dug into the Nova universe. Nova’s obviously a real labor of love, and I can’t help but be charmed by the whole thing.

3 comments posted
Oh, I had this book when I

Oh, I had this book when I was a kid! I loved the heck out of it and the art in it. The fact that they made toys for it is awesome, I wish I had known that earlier.

This is a very good toy.