When these came on the scene in 1999 the last thing I thought the world needed was another representation of Mazinger Z. Turns out, the toy is actually pretty cool, and worth having.

Although these were made by a company called Le Reve, they were imported to the USA via Toycom in 1999, and distributed via Diamond Comics Distributors. Retail price for this was a steal at 25.99

Mazinger Z came partially assembled and packed in a plastic tray. The lower legs needed to be attached, and are a pain unless you heat up the vinyl with a hairdryer. The Hover Pilder has moveable wings and rests in the head.

The sculpt of this toy is fantastic. Made out of vinyl, this is the very essence of Mazinger Z. It is fairly articulated, with joints at the neck, shoulders, elbows, waist, hips, knees and feet. However, they are all swivel joints, with a limited range of motion.

Of course, not any toy is perfect. One of the wings of my Pilder came off due to a clip breaking off. There is no peg to secure the Hover Pilder to his head, so eventually, I decided to superglue it into place. Mazinger Z has a hard time standing up with his toes pointed straight ahead - he leans too much. This is fixed by pointing his toes inward, but that looks a bit odd. Still, the toy is worth getting. Too bad Le Reve never continued the line.

As an added bonus, you get some wonderful engrish on the box back, describing Mazinger Z's abilities, such as: 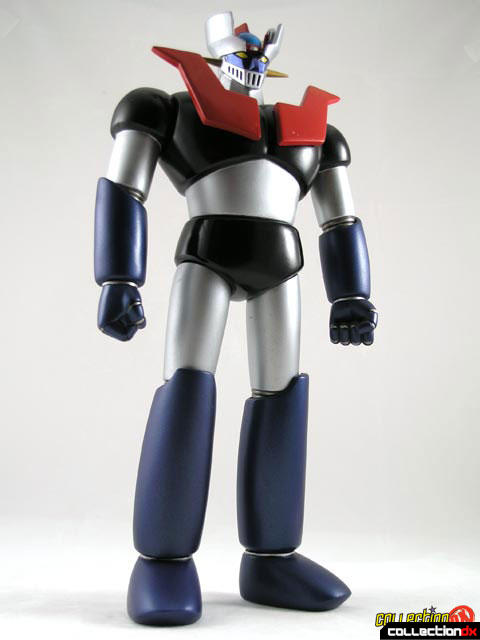 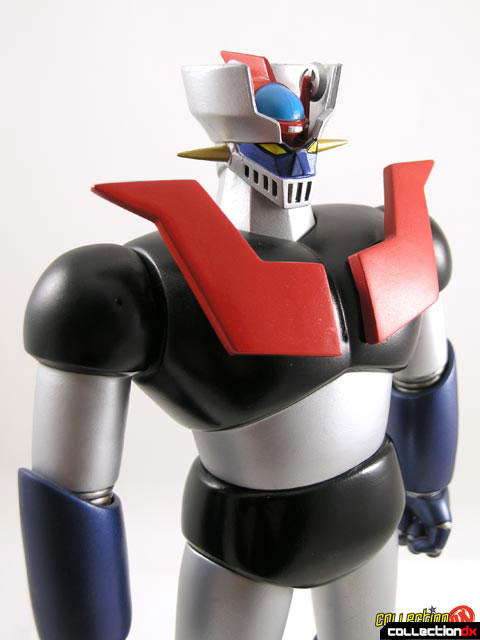 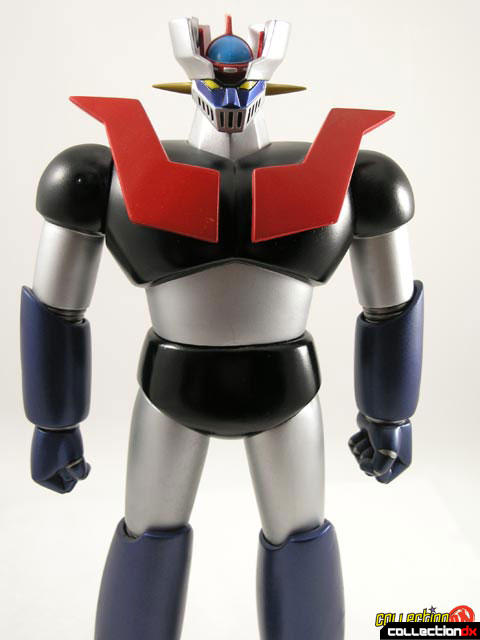 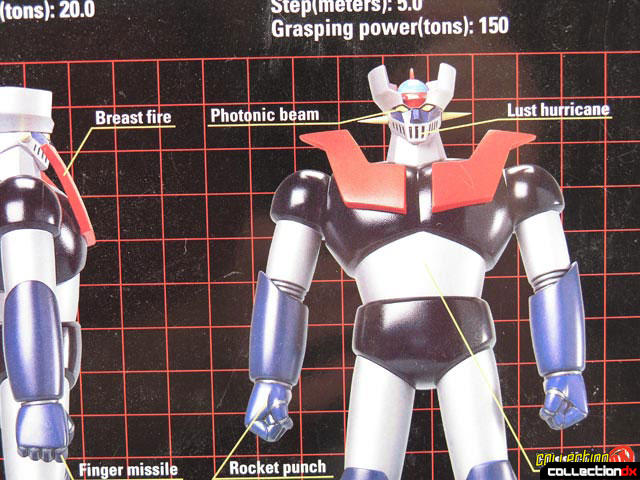 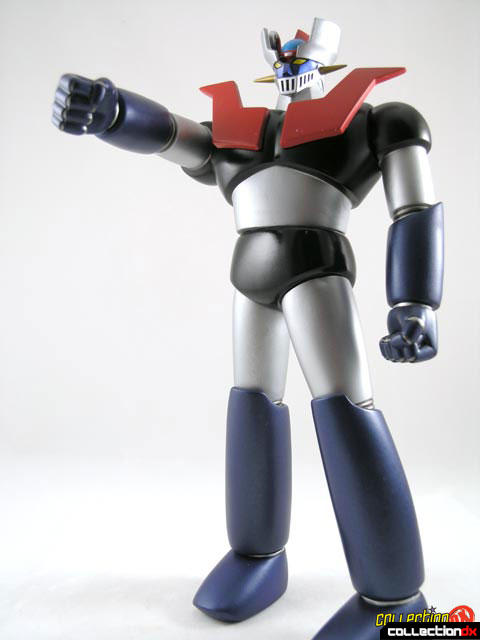 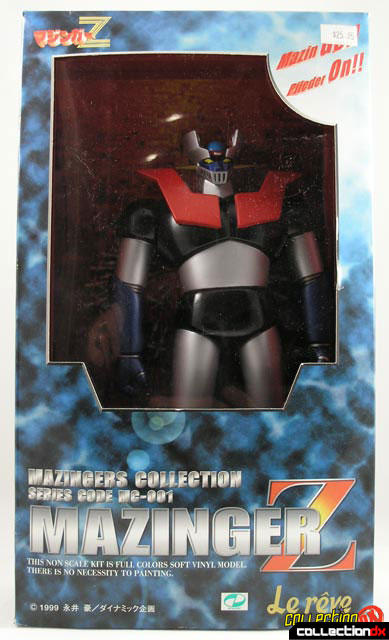 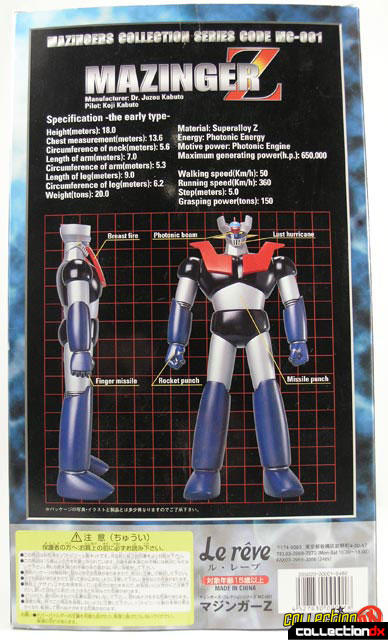 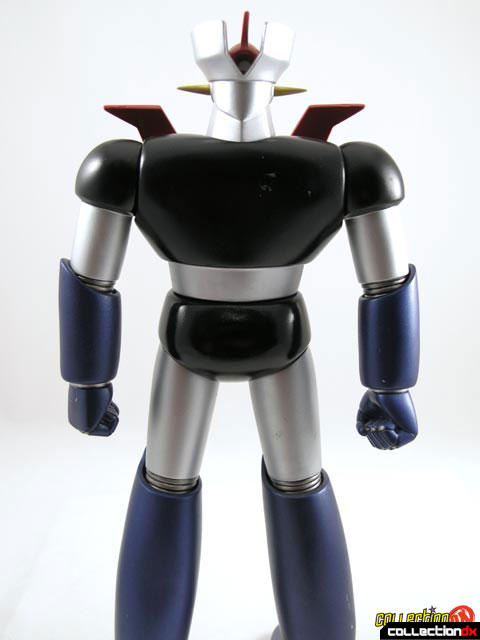