Since my last Matango review, I finally got around to actually watching the movie. I thought it looked beautiful, but tended to drag to much for me. For some reason, it just didn't really speak to me. Strangely, I went on a bit of a Matango buying binge anyway and picked up this amazing M1 limited release of Mami. 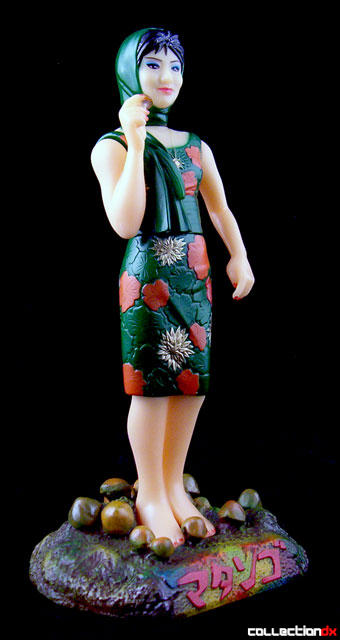 This is a somewhat difficult to categorize toy. It's not quite kaiju really, but I wouldn't consider it exactly a girly figure either. Whatever it is, it's exquisitely done. The soft vinyl figure is about 7" tall and the feet are molded to fit into the resin base. It is articulated in four places, the neck, waist and both shoulders.

The paint job is simply breathtaking. Every detail is meticulously attended to. Not only does the color perfectly match the clothing in the movie, but the eyeshadow, lipstick and nail polish is has been very delicately applied. Her right pinky finger is curled in to that you cannot even see the nail from the front, but if you tip the figure back and look, even that's been painted. 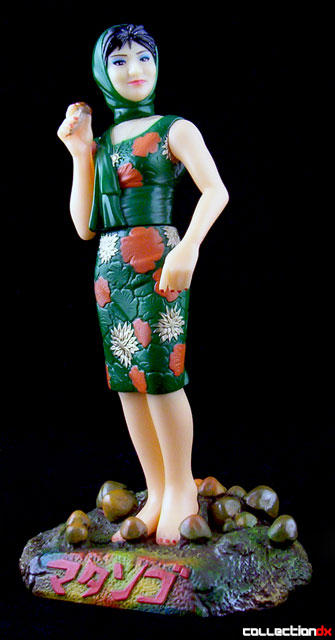 The base features a small patch of mushrooms around her feet with the name of the movie written on the front in red lettering. The toy comes packaged in a box with some nice imagery from the movie. The box measures approximately 8.5"x2.5"x4.75". 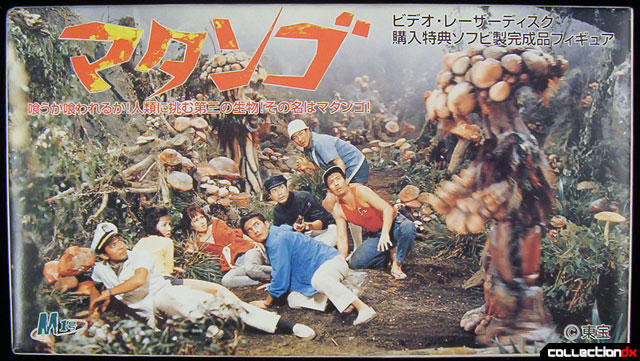 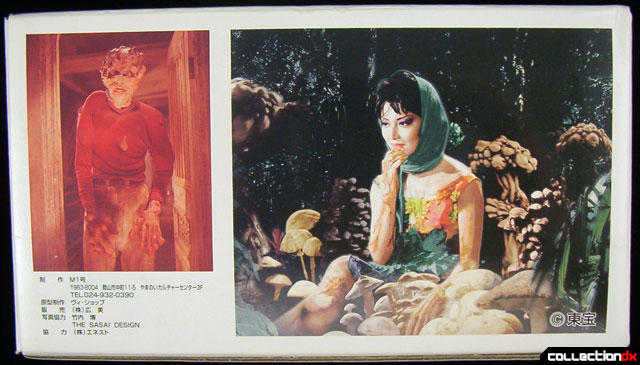 A figure of this quality is enough to get me on board, but if you are loathe to buy something that isn't out and out monstrous, well they've included a little mini Matango too. This guy is about 2" tall and molded in pink vinyl with blue, yellow and red paint sprays. And you can wear him wherever you go since he comes on a long gold, plastic necklace! 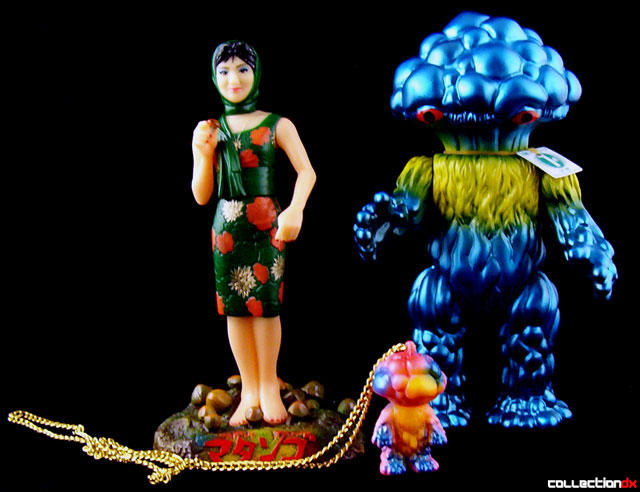 This figure was released as a limited mail-away exclusive in conjunction with the 1999 release of the Matango laser disc. Another figure of a transforming Matango was also released at that time.

I haven't seen Matango but I really do!