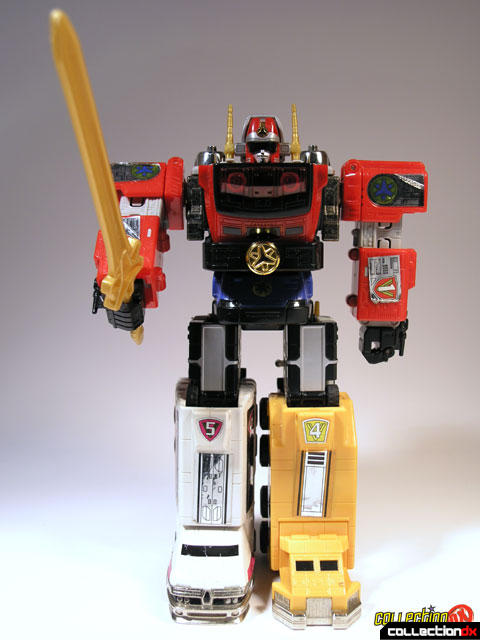 Although the toy has a GD chogokin designation; there really isn't a lot of metal in it. Metal content is in the arm joints, feet, and leg connectors. This small bit of metal gives the toy a solid weighty feel. 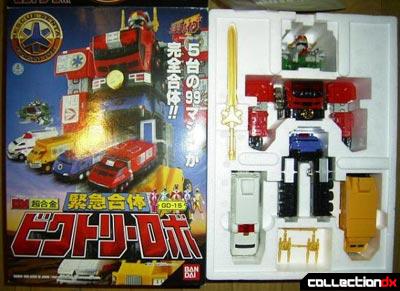 Victory Robo is a combining robot, made of 5 smaller vehicles, called 99machines.

Transformation is simple and intuitive. Red Ladder becomes the chest and arms, while Blue Thrower becomes the lower torso and upper legs. Yellow Armor and Pink Aider become the feet, while Green Hover forms the head. Victory Robo also comes with a sword called Bravor Sword. The sword is a soft gold plastic. 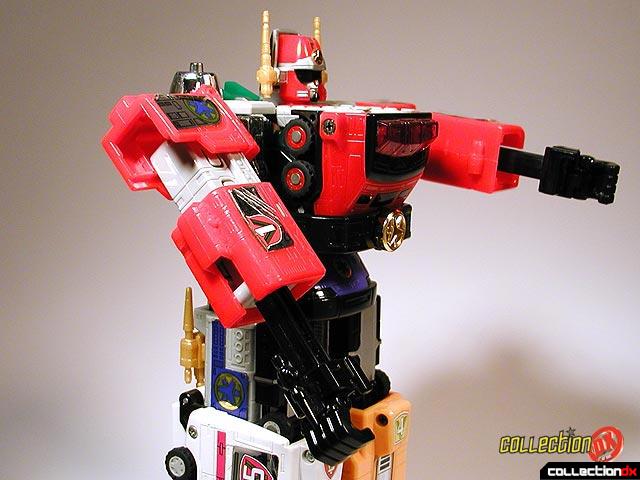 Victory Robo can interact and combine with other toys in the series. All the 99 machines can be stored in the bays of the Grand Liner (known as the Supertrain Megazord domestically). You can also combine Victory Robo with the Max Shuttle to form the Max Victory Robo. 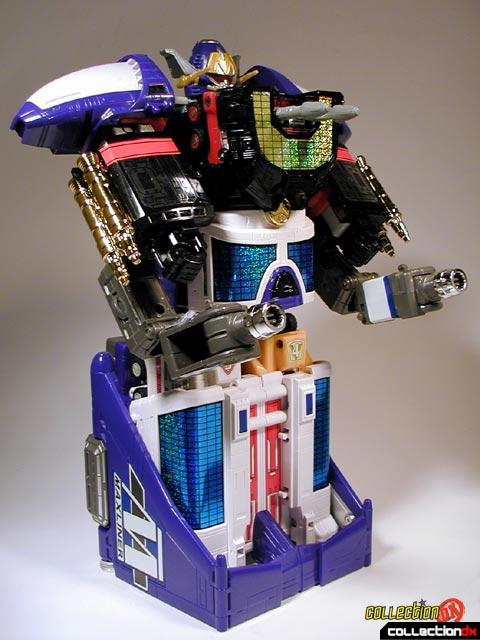 DX Victory Robo is one of my all time favorite sentai toys. It is easy to transform, aesthetically pleasing, solid, and can be combined with other toys.