The Deluxe Galaxy Megazord from Power Rangers Lost Galaxy is a stripped down version of the DX Gingaioh robot from Gingaman. It’s still big and heavy, but it’s nowhere as impressive as the original.

The Deluxe Galaxy Megazord is comprised of 5 Galactazords. 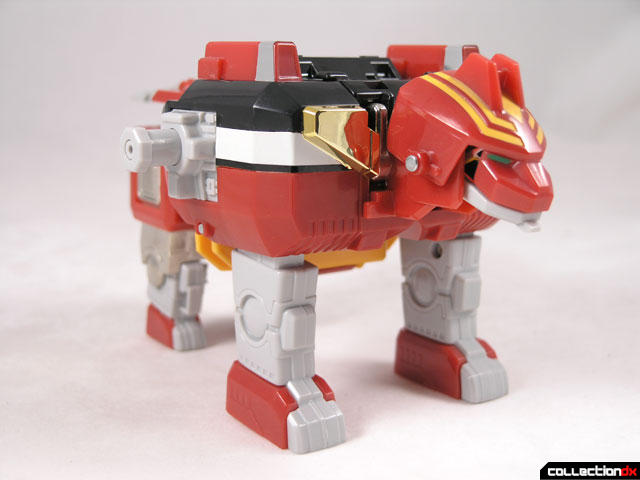 The Lion Galactazord transforms into the upper body of the Deluxe Galaxy Megazord. He retains some metal from the Japanese version, namely the rear legs and the bars that connect the head assembly. 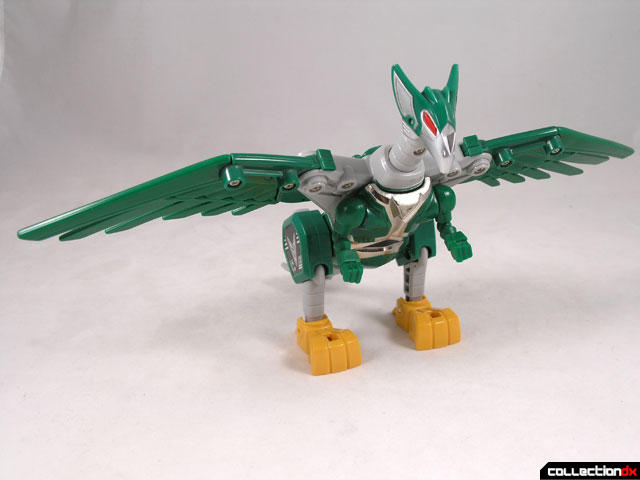 The Condor Galactazord can either be attached to the back of the Galaxy Megazord, or be used as a hand weapon. This Zord retained all of its metal content, namely half of the body. If you push down on the head of the Condor the wings will move. 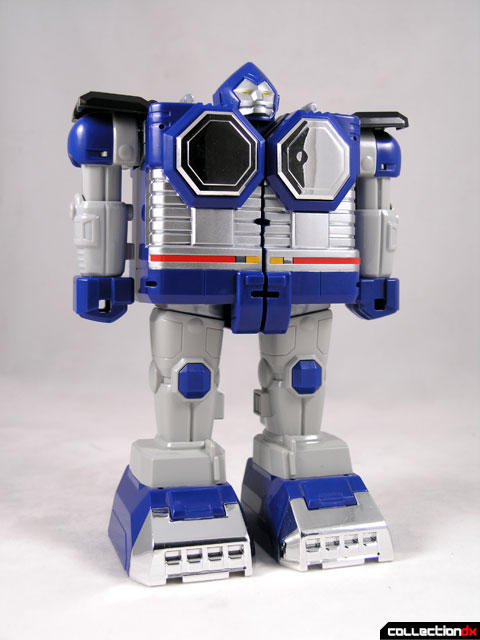 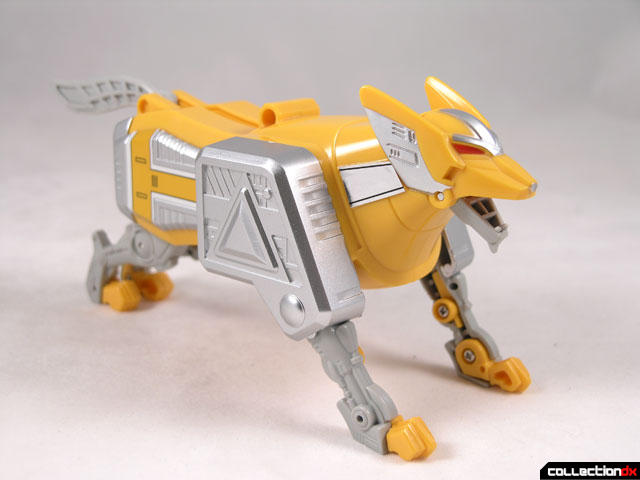 The Wolf Galactazord becomes the right arm of the Galaxy Megazord. The wolf mode is pretty unremarkable, but does feature a moveable jaw. All the metal that was in this part is gone. The wildcat is basically the same. 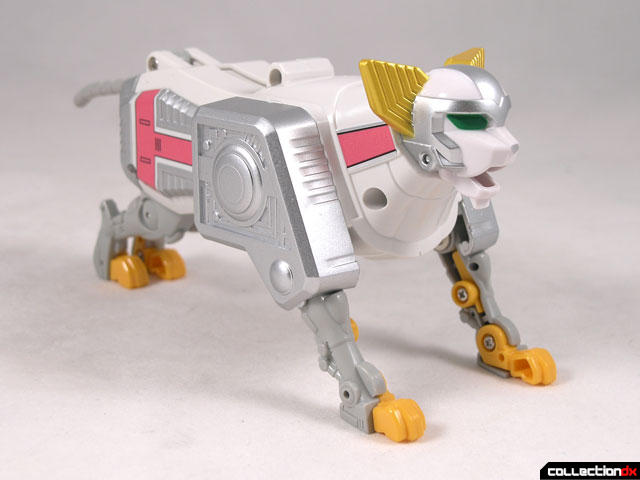 On their own, the pieces are unremarkable. But combined they make an impressive Megazord 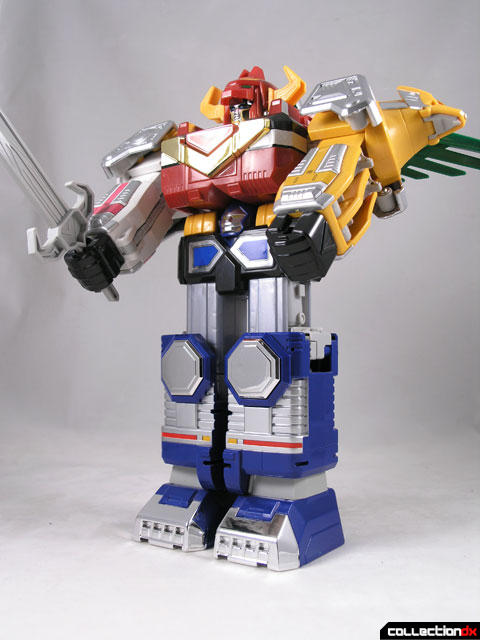 The Deluxe Galaxy Megazord is huge. Even without all the metal, it still has a significant weight. The only thing you can move on this is the arms, but that’s not what this toy is about. Its about presence. It just commands your attention. 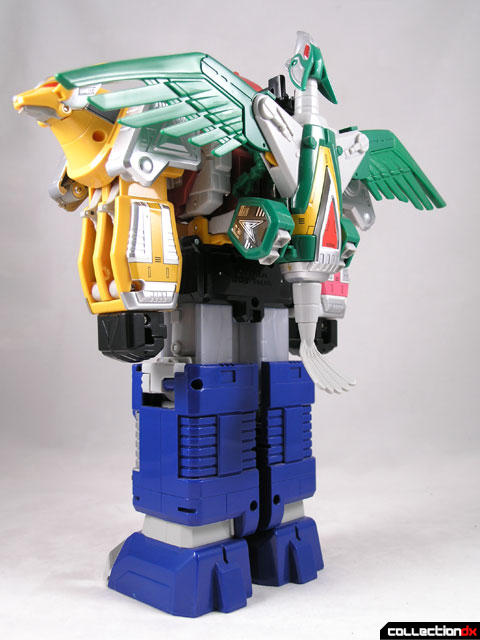 The figure has 2 basic weapons. The first is a rubber-ish sword called the Galaxy Megazord Saber.  Half of the Condor Galactazord can also be removed and used as a cannon. 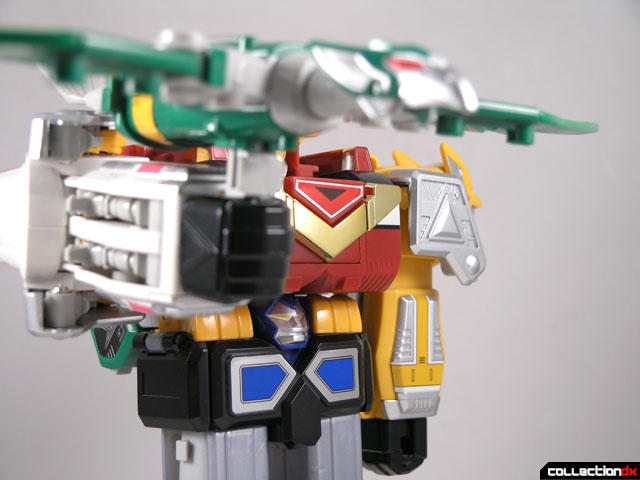 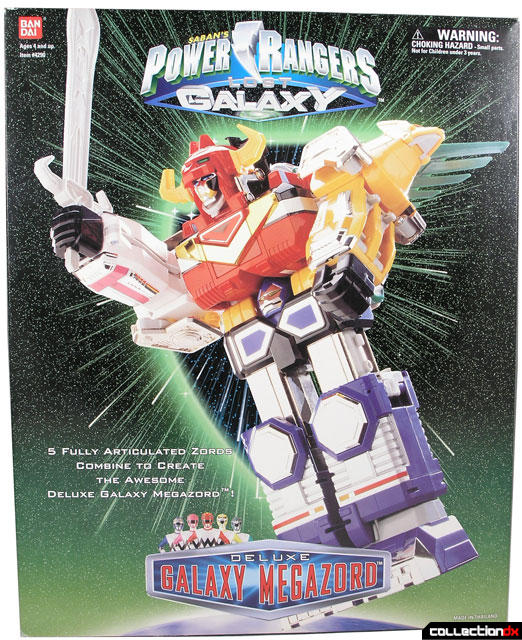 PS - Does this box looked photoshopped to you? Look at the placement of the head on the box front, and then look at the toy in this review. Doesn't it seem too far foreward?

I was able to get a MISB Deluxe Galaxy Megazord last week. It's definitely heavy and this is a nice alternative since I can't seem to acquire a DX Gingaioh anymore.