Make no mistake, from a worldwide standpoint there are some pretty unbelievably horrendous portrayals of Mazinger Z. But within Japan, even the cartoonish looking toys have a charm to them that makes them appeal to the eye. But when I look at this one, I almost feel like someone was making fun of Mazinger Z. 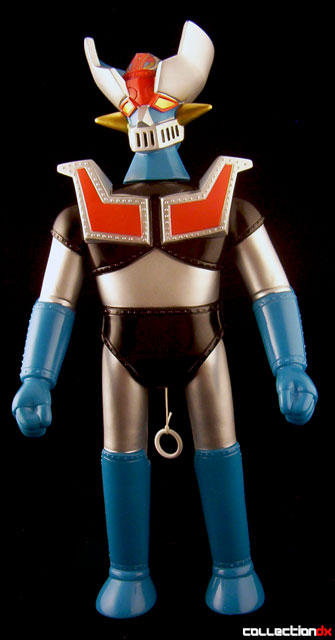 The over-sized cavity in the head looks just too far out of proportion to my tastes, almost like in inverted dunce-cap. And the legs are too skinny where they connect to the pelvis. It looks like he's got a diaper on. Also, the depiction of Koji Kabuto in the cockpit of the Hover Pilder is done by way of a silly looking sticker. The only other toys that I know of that do that are the bootleg Jumbos from Italy and Argentina. Now I admit, I do love those toys for what they are, but it just seems like a bad company for a major Japanese toy maker to keep. 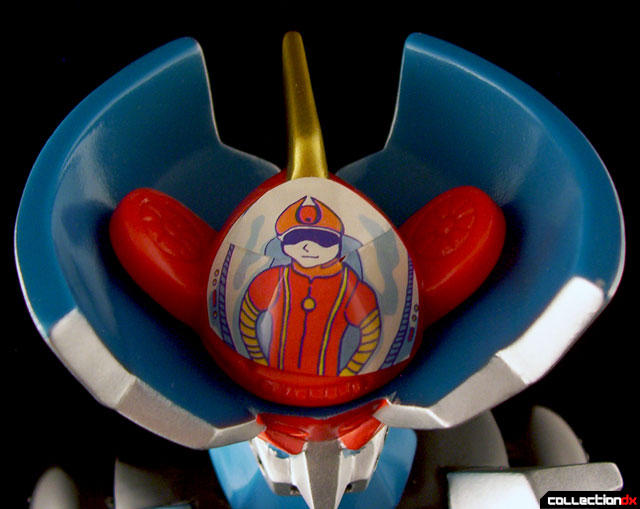 With that said, like most toys, it looks ok when you add it to a lineup of others from its series. And I got a good deal on it, so I can't complain too much.

The toy stands about 14.5 inches tall with 5 points of articulation (neck, shoulders, and hips). You pull a string to make it talk, but I have no idea what it says. 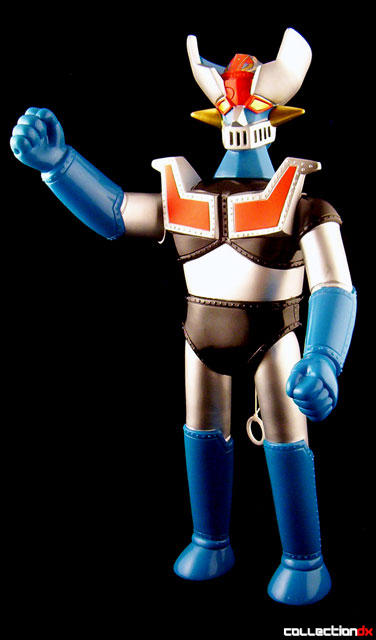 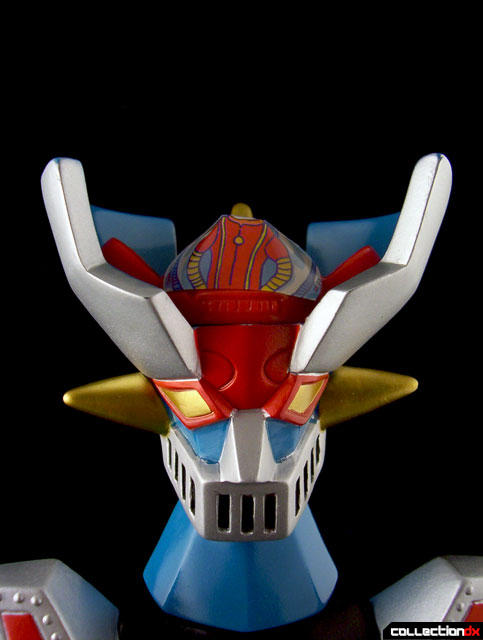 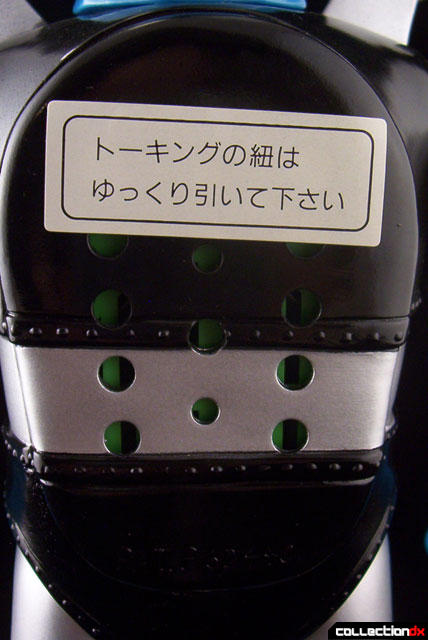 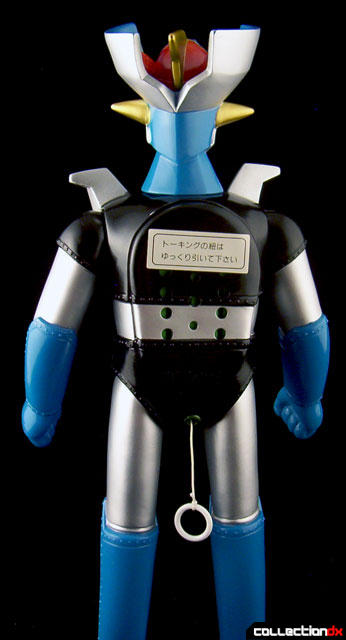 Based on where the string is hanging, I'd wager it says something along the lines of 'Stop touching me there' or 'Pull it again! Faster!'