The Getter 1 talker is really the runt of the lineup, checking it at only 12" tall whereas most others in the series are closer to 15". He'd probably be even smaller if his head wasn't so huge. This guy is super deformed before there was such a thing as super deformed. It's a shame too because the sculpt of the head is good and the sculpt of the body is good but the sizes just don't match up. This could have been a really neat toy if the proportions were not so skewed. 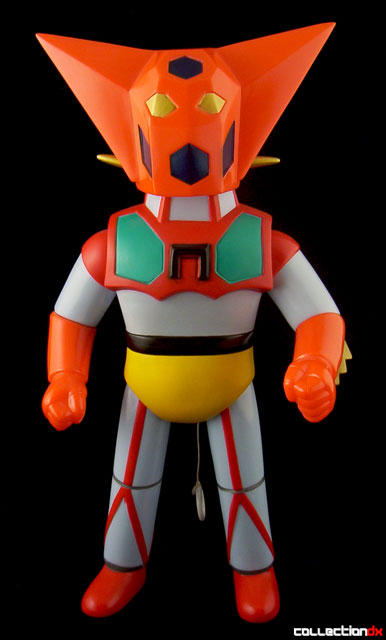 Like most of the toys in this line, it's articulated at the hips, shoulders and neck and you pull a string from the back to make it talk. Even if I understood Japanese, I couldn't tell you what it says because the talk box on mine is broken. This has been a pretty common complaint with the re-issues of these toys. Evidently, they are very prone to failure. I bought this one cheaply with full knowledge of its condition, but I have another that I bought brand new in the box that failed to work the very first time I pulled the string. I do not own any vintage talkers, but by all accounts, they were much higher quality. 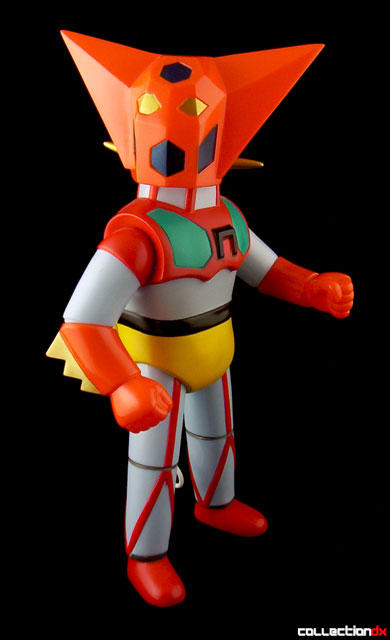 Although it's not the best rendition of the character ever made, it's still a decent pickup for the Getter Robo fan. Unfortunately, Masudaya (nor any other company) ever made talkers of Getter 2 or Getter 3, though. 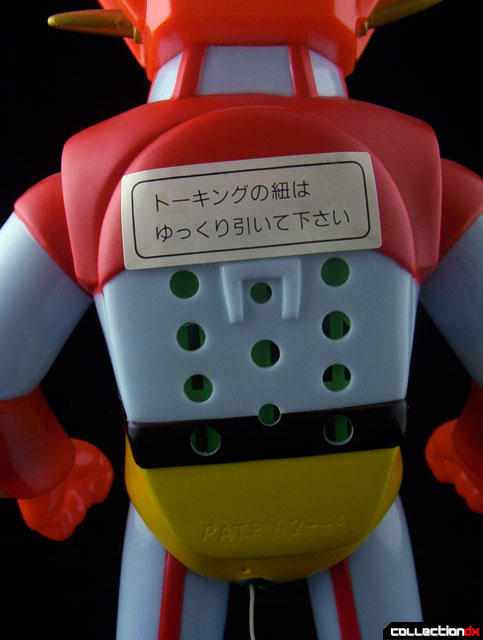 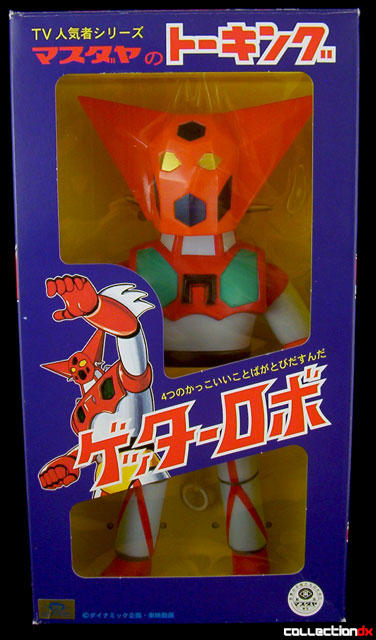 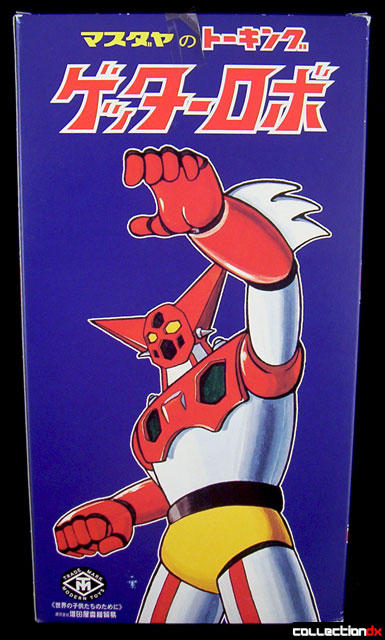 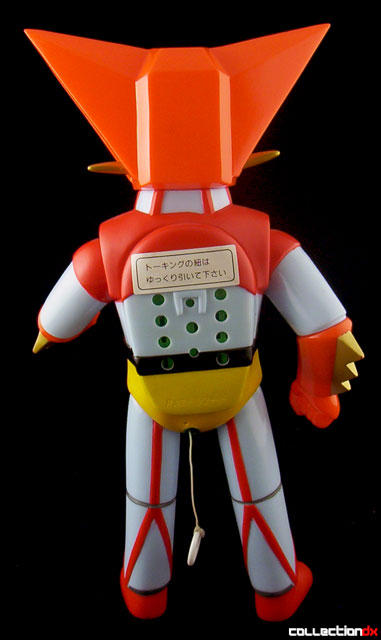 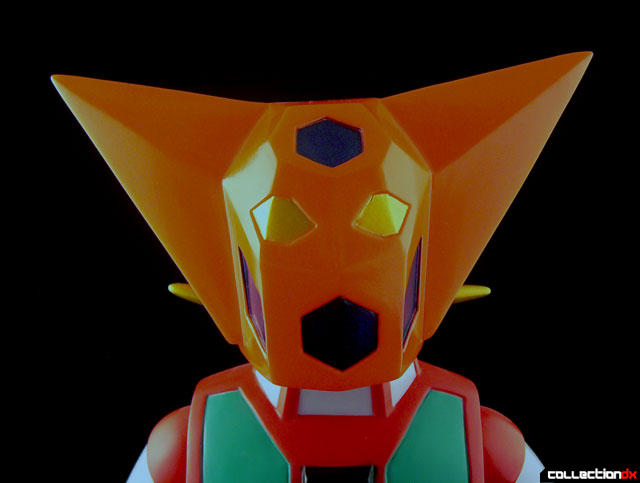 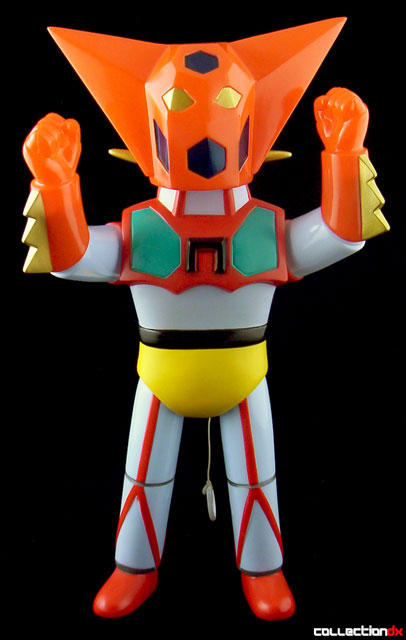