Today, it’s easy to think of Bandai as the House that Gundam Built. Even so, when Mobile Suit Gundam first aired Clover was the company that had the toy license, although it would soon become clear enough from Bandai’s model kit sales that the people interested in Gundam weren’t interested in what Clover was selling. Even after Bandai gained control of all merchandising rights for Gundam, the ‘gunpla boom’ of the early eighties continued to direct their focus, and even the toy renditions of the era’s Gundams were designed to appeal to the modelling crowd. As such, the Gundam was never released in either Popy’s original Chogokin line or after Popy and the Chogokin brand were reintegrated into Bandai. Clover put out a variety of gokin Gundams in DX and ST versions, which turned out somewhat differently for reasons that aren’t completely Clover’s fault, but the Federation’s White Devil never got a rendition in “super-alloy”.

This would be rectified 20 years later as part of the anniversary celebrations collectively titled the Gundam Big Bang Project with the release of GA-100, the Chogokin Gundam. The GA-100 is basically a ‘what-if’, given physical form. Interestingly enough this comes from Bandai subsidiary Banpresto, who has put out some great toys in their time, but is mainly known for making prize toys and other cheaper merchandise (their entertainment arm also makes Super Robot Wars, but that’s completely unrelated). 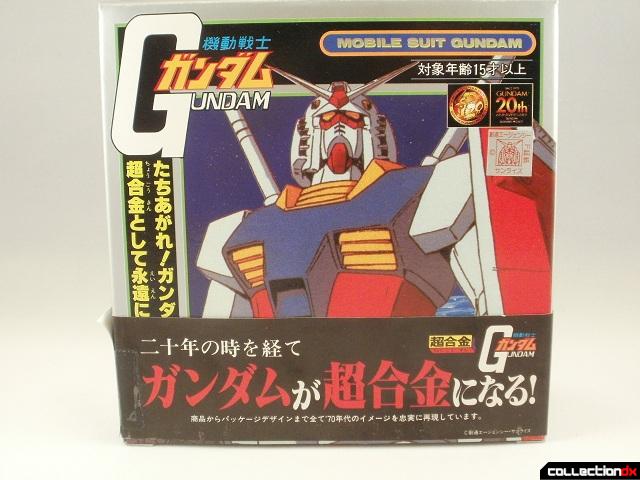 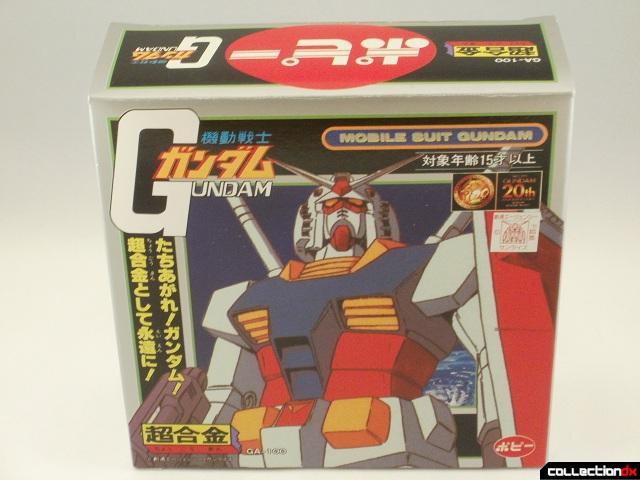 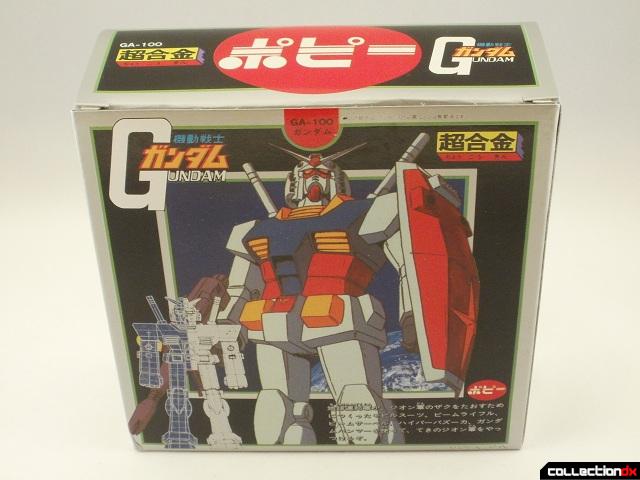 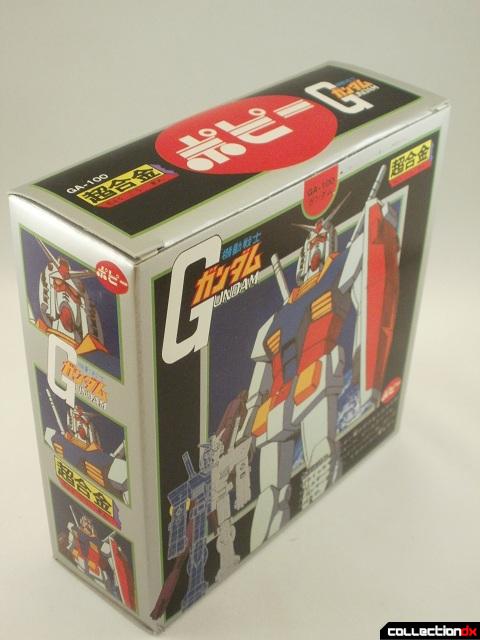 First off, the box is gorgeous. Some things like the licensing info and the ages 15 and up warning give away the fact that this isn’t a vintage product, but from certain angles you wouldn’t be blamed for being fooled. The giant Popy logo definitely helps in that regard. I’ve seen sellers on ebay listing these as being either vintage, or a rerelease of a vintage item. 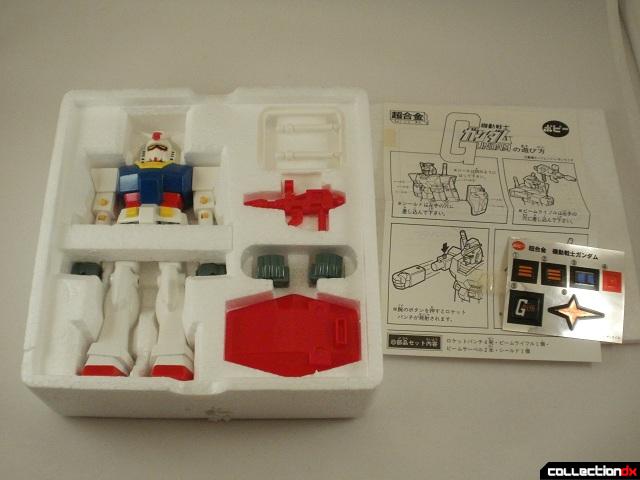 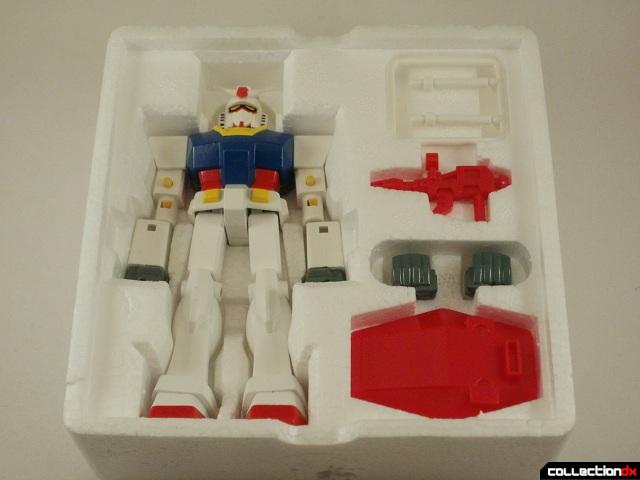 After you take off the styrofoam lid (because of course it comes in a styrofoam box) you’re greeted by the GA-100, which is almost five inches of solid, cold diecast. Plastic is limited to the arms, head, and bottoms of the feet. 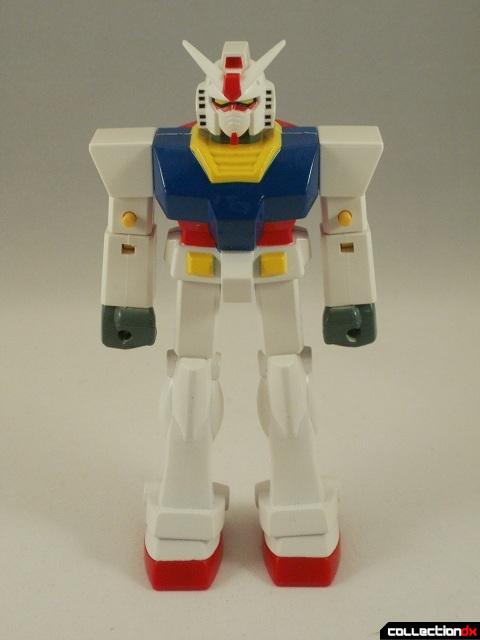 Speaking of the feet, it’s even got a Popy stamp. 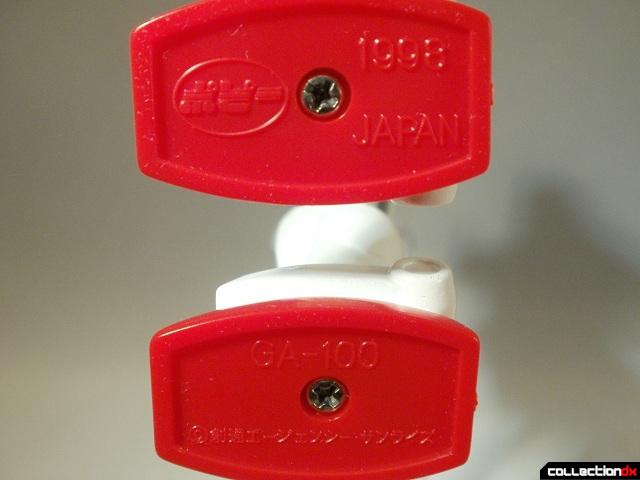 After despruing the beam sabers and applying the stickers (which is something I never do, but I decided that this review was special), the Gundam is ready for action. 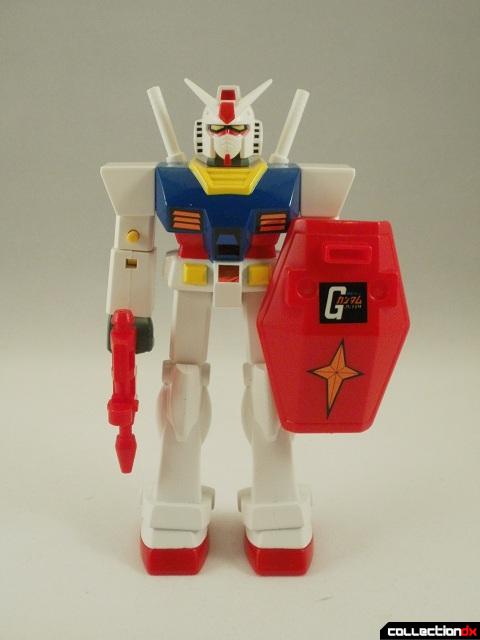 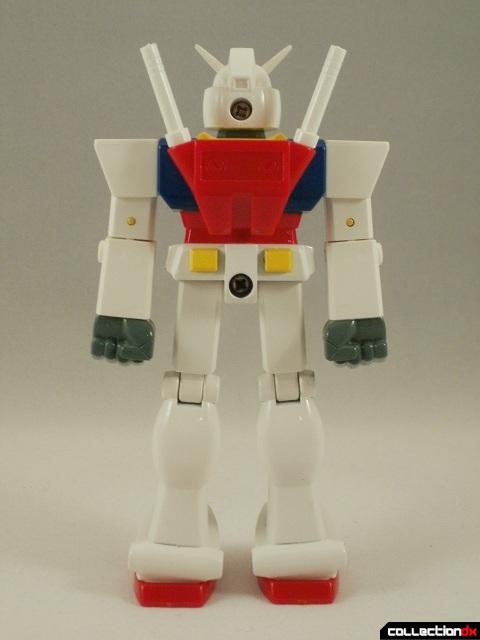 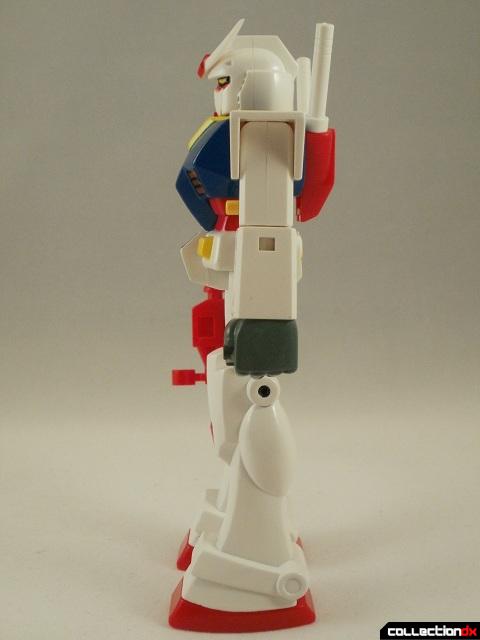 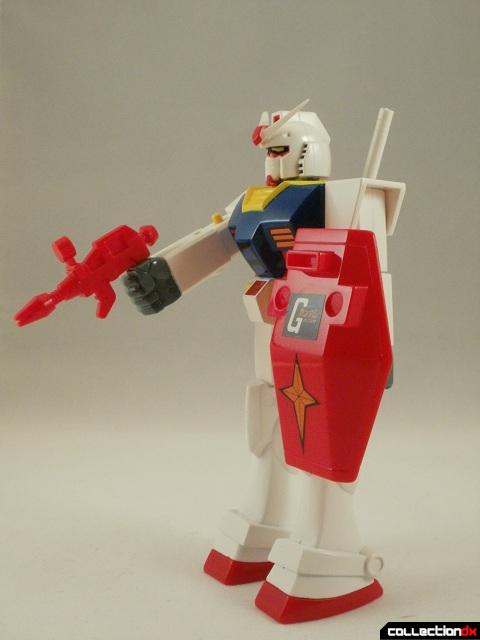 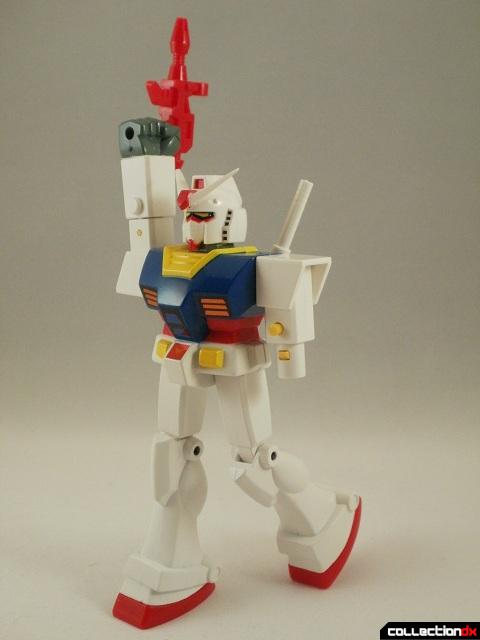 It does everything you’d need it to: move its legs, shoulders and head, and fire its fists. The fists are even notched so that they can be aligned horizontally or vertically.

The paint isn’t perfect. Mine has some chips on it, although I got mine used and am unaware if that came from the factory or not. Particularly, the paint on the inside of the hands has a tendency to rub off on the accessories. I really can’t feel too annoyed by it, because there is something about this toy that comes off as completely sublime, and furthermore, it’s not very expensive or hard to come by. All told, you shouldn’t need to pay over $50 for one, even including shipping from Japan plus any middleman fees. This was also released in limited all black and all silver variants, and even those go for about the same price.

I was trying to find something to provide a sense of scale, but I unfortunately I don’t have any vintage Chogokin and I don’t know where any of my MSiA are. It looks like I’m going to have to go without thi-

What? Oh my goodness, wow, are you serious?

Everyone this is very special and completely unexpected! Joining us today as a special scale guest is TV’s very own Jonathan Brandis! 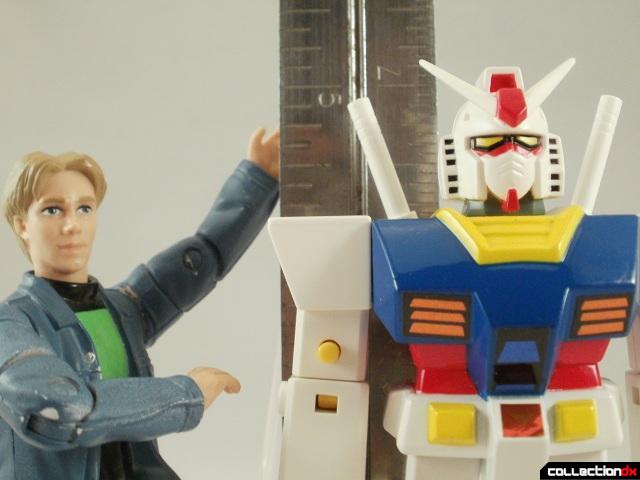 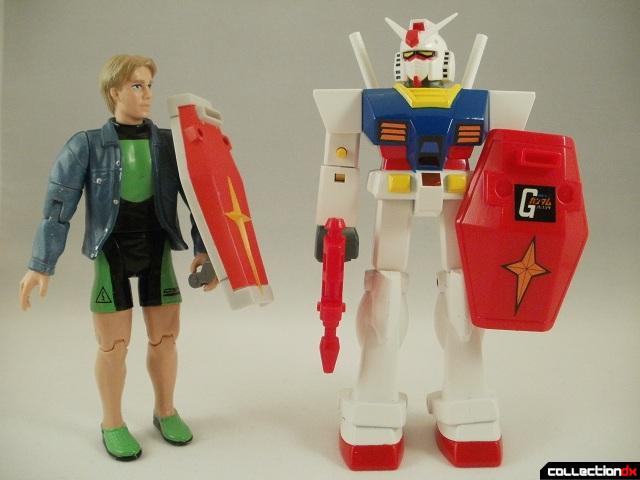 This Review is Dedicated to the Memory of Jonathan Brandis

3 comments posted
I think this one was

I think this one was understandably over-shadowed by that "other" chogokin release of 1998, the GX-01. Old skool aesthetics wasn't quite as cool yet so this one kind of stayed under the radar and I think has been greatly under-appreciated over the years. But it's a true classic and still one of my favorites released during this "Modern" era of chogokins (1998 - current). The only thing that would have made it even more vintage looking would be a bit of chrome for its upper arms and thighs.

There are numerous variants that I've been unable to keep track of... (a black gucci version, a gold version...?)

I don't care what anybody says, you can't have enough RX-78s!

...and I totally forgot about that Brandis guy...

Don't worry, so did I! I was looking for another Gundam and he was in a drawer.