I do have fond memories searching for these though. It was about as active as my social life got until I got married. I spent so many hours scouring stores, comic shops, drugstores, you name it. And then I put them all in a box in the attic, never to be seen again. Until now, when I took a bunch out and tore them off the cards to take a look at them as actual toys, not scavenger hunt items. 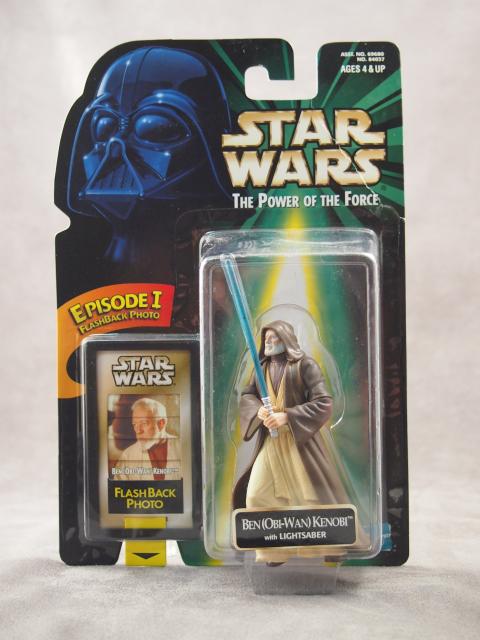 In the build-up to Episode 1, Hasbro tried many different schemes to try to hype up the upcoming toyline. This particular gimmick was the FlashBack Photo. Basically, pull the tab to reveal what that character (or equivalent) looked like in Episode 1. It was fine, but ultimately a throw-away gimmick. Hasbro knew that collecting these was back in full swing, and I don't think they envisoned anyone actually taking these off the card. 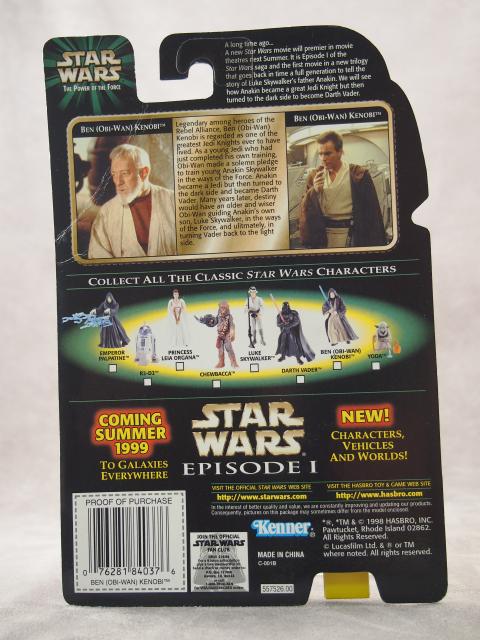 I do miss things like big bio-cards, checklists, and points to cut out. Also, did you know the number at the bottom indicated if this had any modifications to it during it's production run? For example, if they found an error after this toy went out, and they re-released it, the number would end in .01, and so on... 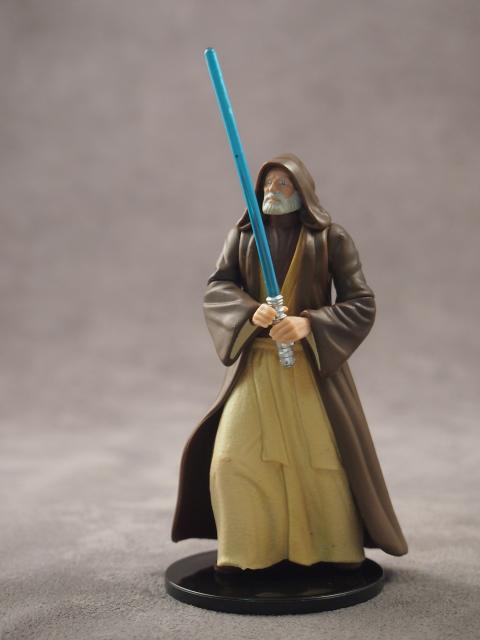 It was also during this period that Hasbro abandoned it's bulky steroid designs and started to "pose" their figures in action poses. Again, this looked neat in the package, but limited play value if you ever opened it. 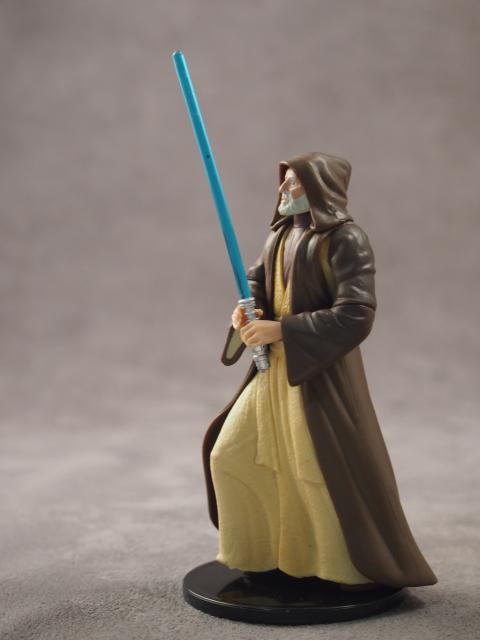 It's still not great though. The sculpt is soft. The stand is not included with the figure 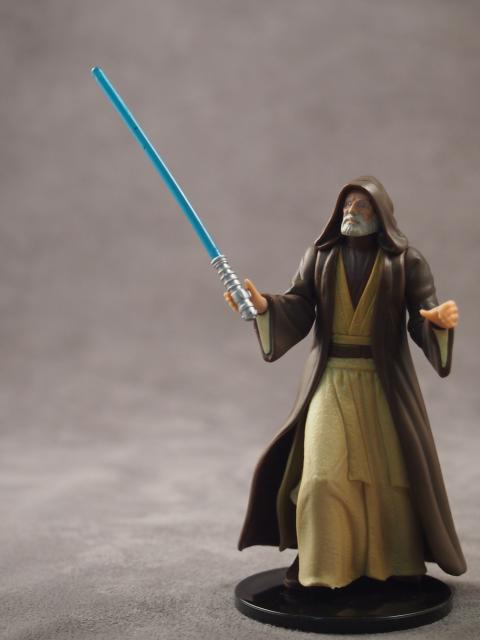 I think it's supposed to represent Obi-Wan as he is about to face off against Vader in the Death Star, but, it just doesn't seem right. Ah well...

I started collecting this line last year after I saw the Millennium Falcon for like 70 bucks and I thought "wow, that's a lot less than I expected" and discovered nearly all the toys in the line can be acquired for dirt cheap, even brand new. The only toy from the line I had as a kid was the landspeeder and without any figures it didn't see much action.

This figure looks good and unless I'm mistaken, it's essentially a slight redeco of the Cinema Scenes release that came with Ponda Baba and Dr Whatsisname but I went a different route to accomplish this look; I bought the original Obi-Wan figure from the line and bought some of the Episode 1 accesory packs that came with Jedi robes to give him a soft goods cloak so he could actually sit in the landspeeder with his hood up and pull a mind trick on some unsuspecting sandtroopers.