These two companies seemed to get compared to one another quite often for some reason. Strange that these two should be singled out, since there is about a million companies producing Japanese kaiju these days. And Marmit almost always ends up on the short end of the debate. While Marmit has made a great many excellent contributions to the kaiju scene (I've already made clear my love of their Gallery Rodan Parababy), they just can't hang with M1 for pure CONSISTENCY of excellence.

Enter the Vinyl Paradise Sanda (サンダ). This might be the worst, ugliest toy in my entire collection. (And if you've been reading all my reviews, you know just what that means!) I've never seen a toy that looks more like it was defecated into existence than this sorry specimen. I feel certain that M1 would never allow such a thing to bear their name. 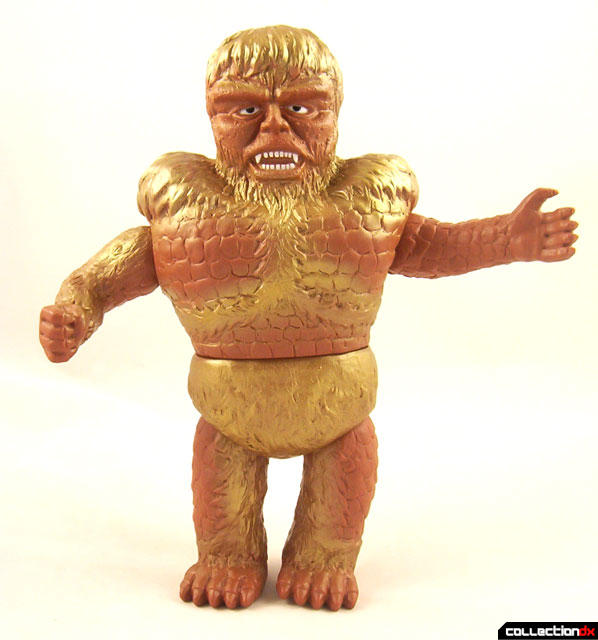 Molded in hideous brown vinyl with sloppy gold spray, Sanda also has one of the worst sculpts I've seen. The arms are actually longer than the legs and the torso is overly huge. He looks like he's wearing enormous shoulder pads. The right arm juts out at a 90 degree angle and then up as if he were throwing a spear. But he isn't and this throws off the symmetry of the toy. The overall effect is strikingly ugly. 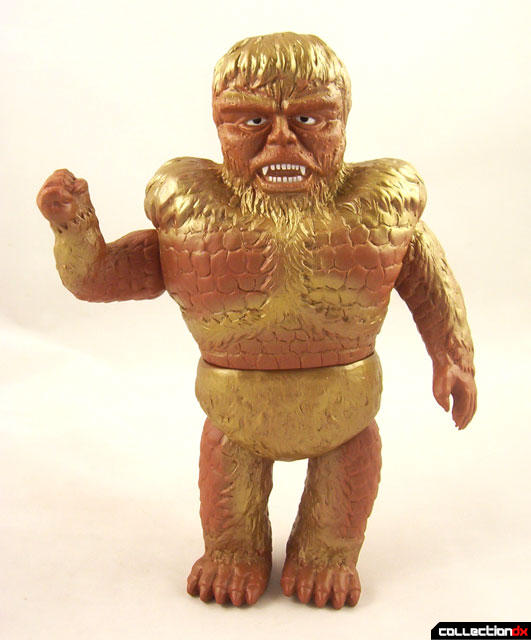 He stands just shy of 9" tall and is articulated at the shoulders, hips and waist. He was sold in a bag with a very plain looking header card. This is truly an example of the worst that Marmit had to offer. Fortunately, this was an earlier release and many of their later efforts were MUCH improved. I suspect that if that were not the case, they wouldn't still be around today.

Sanda comes from the 1966 Toho film "Frankenstein's Monsters: Sanda versus Gaira" (aka "War of the Gargantuas"), which was a sequel to the previous years "Frankenstein versus Baragon". I don't currently own a Gaira vinyl, but when I get one, I suspect I'll also get another, better Sanda to go with it.

"War of the Gargantuas" trivia time! My parents were watching a double-bill of this and Rodan at the drive-in when my mother went into labor with my oldest brother. Strangely, he did not grow up to love Japanese kaiju. I know, it would have been a better story if it was me! 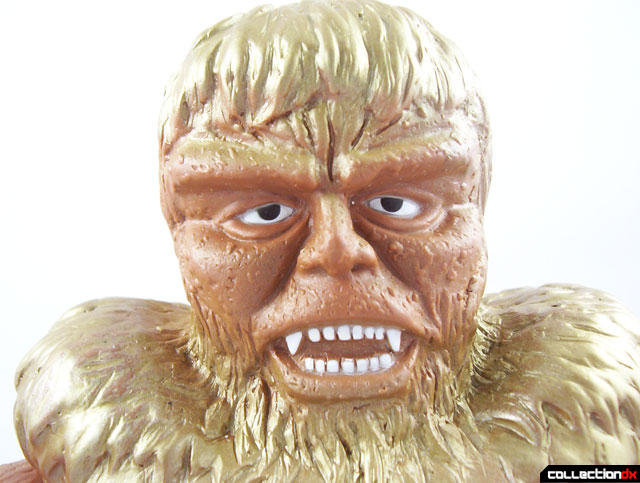 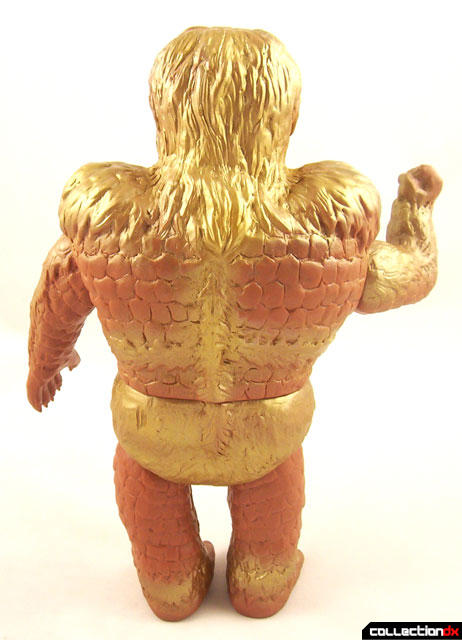 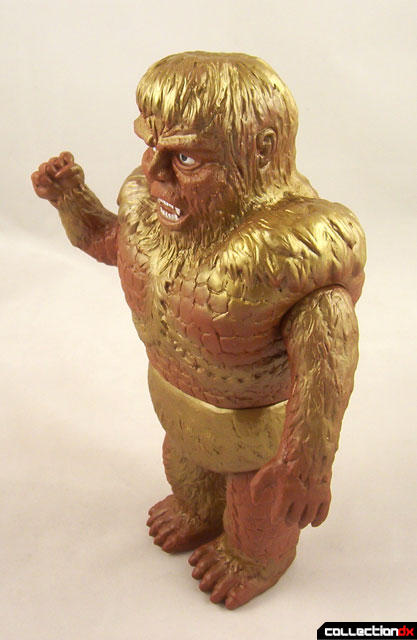 Can you believe that I have never seen this movie? I must rectify that!